Today, Ritual of the damned, last instalment of the Psychic Awakening series goes on pre-order. This book regroups fluff and rules for Dark Angels, Grey Knight and Thousand sons.

his review will focus on the stories present in the book. one part for the setting and one for the event presented in the Ritual of the Damned.

Magnus got Prospero back, rediscovered treasure hidden there and started to rebuild the city! He's hellbent on doing the right thing this time and help the human race tap in her psychic potential and achieve it's potential !! Also, the Cicatrix Maledictum multiplied the number of psykers everywhere.
Also Sortiarius planet is still under Magnus control, it's a Daemon world with tides of chaos energy everywhere and protected from planetary assault by hidden rituals.
With Prospero and Sortiarus united, Magnus took control of " multitude of worlds across several systems". He also asked the Rehati (Thousand sons most powerfull) to summon all TS sect to him. 12 responded other not. All sect leaders were assassinated by Magnus( so he keep control).
Then a make a Warp Call to all psyker in the universe, promising safe haven for his fellow psykers. Then they will be accepted and instructed to form a society Magnus envisioned 10 000 years before.
Also even if the number of psykers is increasing at an alarming rate, this is not enough for Magnus as he wants to make a super cool ritual to speed things up. Btw : the ritual need 999 volunteers for sacrifice ^^ 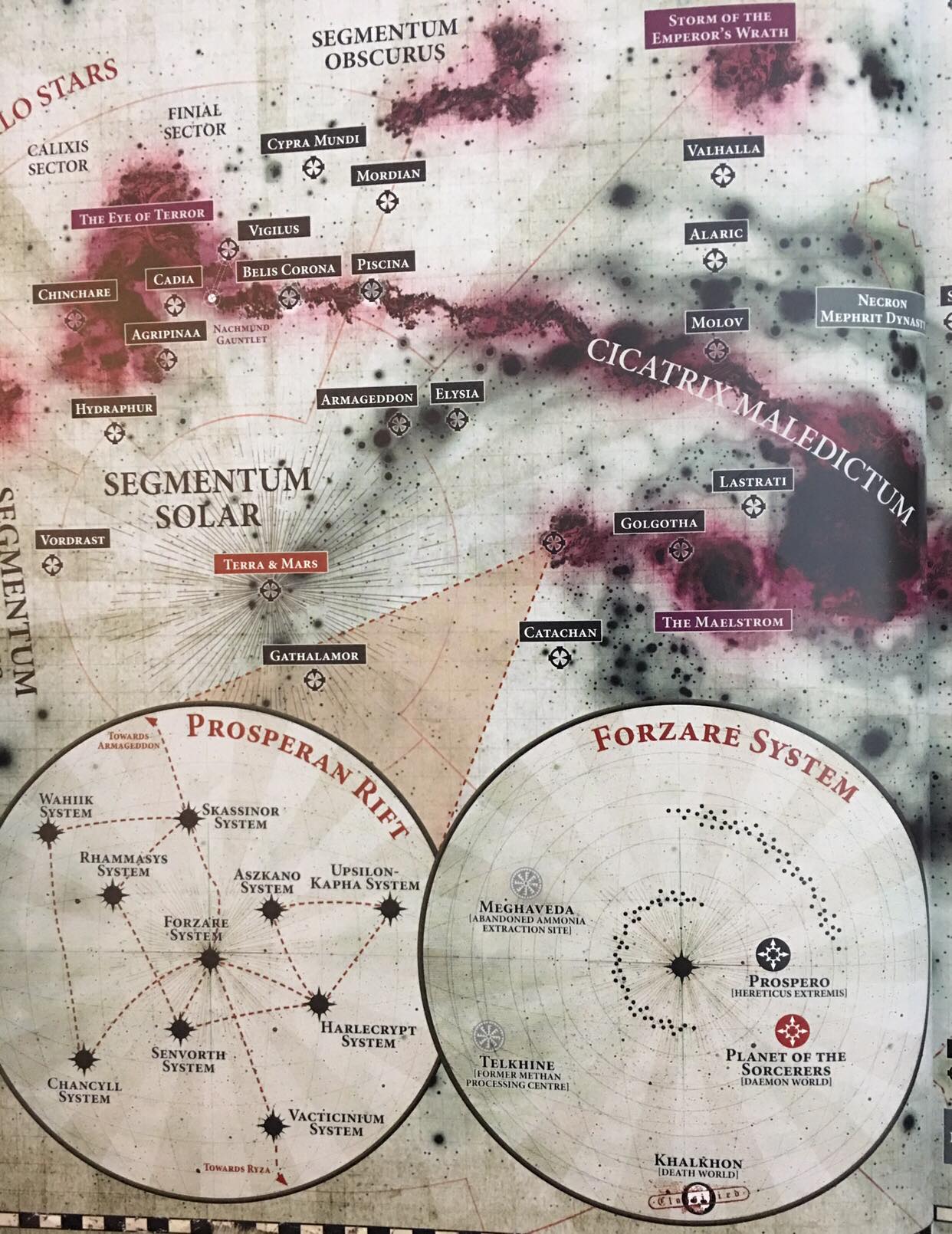 -Stretched thin since the Cadia fall.
-Lots of planets too tainted to save.
-They feel bad because they failed to prevent Magnus return.
-GW know that allow Magnus to operate in real space is too dangerous.
-They intercepted the Magnus calling to all the psykers.
-Built an investigation forces : Stern + 3th Brotherhood + paladins + purifiers.
-Internal debate about contacting the Dark Angels and asking them for help.
-Choir of Titans most powerfull psykers sacrifice themselves to send a message to the DA.
Edit forgot the most important thing : Increase in the number of Psyker mean a increase in the number of recruit GK are doing
That seems interesting and could be used to increase the size of the GK forces.

They were scared that Guilliman would find their big secret. Then the Primaris posed a security problem, even with Gene-seed from the Lion without initiation about the DA secrets it was problematic.
Azrael faced the nagging question of when one would be initiated into the inner Circle. In the end the First Primaris in the inner circle was a Deathwing member that crossed the Rubicon.
Then they received the GK calls for help and decided to send the 5th + Deathwing and Ravenwing support.

The events in the book

While the setting was somewhat interesting the events narrated in the Ritual of the damned are a bit dull.

Magnus start a ritual that could destroy the galaxy with the human race becoming a Psychic Race !
Gk and DA are going to storm Sortiarus (with 2 company wtf ?) and prevent this to happen.
Plan is DA drop first outside of Tizca(Tizca town that was TP to Sortiarus as some point in the timeline) and draws daemons to them. The landing zone is near a temple that seems to source the magic planetary defence. Once the DA draws enough attention, the GK learn by stern drop inside Tizca and destroy the ritual.

Battle happens in a familiar Space Marines way, desperate time, lots of enemy, trickery, Kaldor Draigo teleporting to save the day, Dark angels extracting too early and abandoning the Grey Knights ...ok it was a Tzeentch trick.
When everything is lost, Kaldor, stern and last GK make a warp beacon and ask for an orbital bombardment on their position. Everything goes boom, Person of interest on both side survive.

That's it for the storyline ...a bit weak and bland but heh...

Maybe my favourite part of these PA books :

Questions ? just ask
Will try to do small review on the rules part.

created : about 17 hours ago

Teclis has been seen little in the Age of Sigmar – at least, so far. Did any of his aelven races aside from the Idoneth survive? Just what is going on in Hysh? Can the Mage God forgive Sigmar for corrupting his gift? Over the next few weeks, you’ll have the chance to find out. One thing is for sure though…

Hysh Realmstone : "realmstone known as aetherquartz did for the inhabitants of Hysh."

Also Teclis faction should be revealed at LVO ;)

Wave of Blood Angels on pre-orders at Forgeworld !

THE ANGEL'S TEARS WITH VOLKITE SERPENTAS

The Angel's Tears with Grenade Launchers

I know it's just a bundle, but i dig the concept ^^. I remember disliking the gunslinger idea of the Moritat when he was released but now i'd love to have them in 40k ^^

It's a slow week, still, tomorrow is Ritual of the Damned pre-orders + Review when Nda Lift.

Warhammer rumour of the week. Look like an Ogor shield, but the size of the skulls and the presence of a dwarf shield indicate something big.
New giant Man eater maybe ?

What do you think

I just learned that an Italian games company is making Warhammer 40000 puzzle.

There is 2 options both are recent Primaris / Roboute Guilliman images.

New fluff extract for the next PA chapter :

I am sure we are not going to get any more precision soon but some Tau are getting corrupted? Or maybe it was auxiliaries of the fourth sphere?

This weekend was the grand Tournament Final!

Iron hands take the win thanks to "Favorite" opponent and painting.
The poor tau player finish the second ^^

GG to all of them

Next Week on Pre orders : Sisters and Angels !

Next week en pre-orders are the rest of the Sisters of Battle line up : 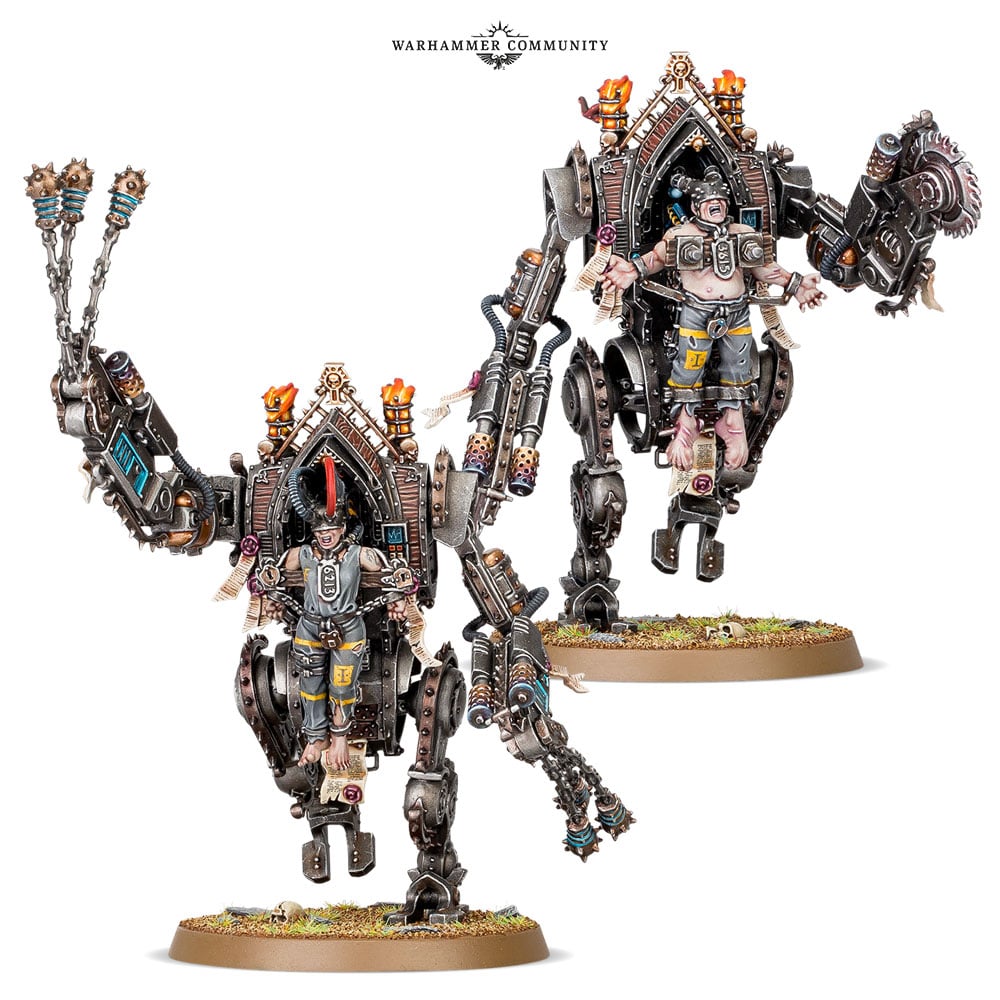 -2 per box, cen be built as Mortifier or Penitent Engine. If you go the Mortifier way you can also include one Anchorite (+1save). 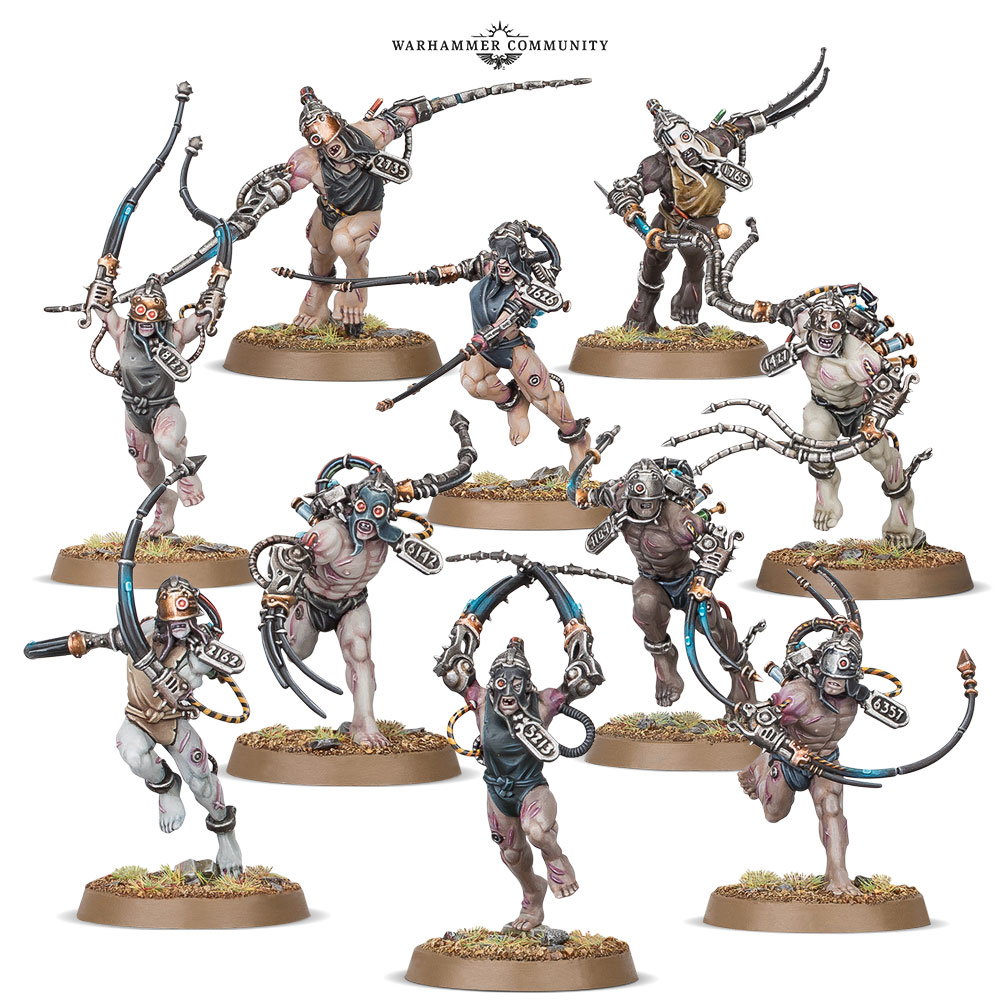 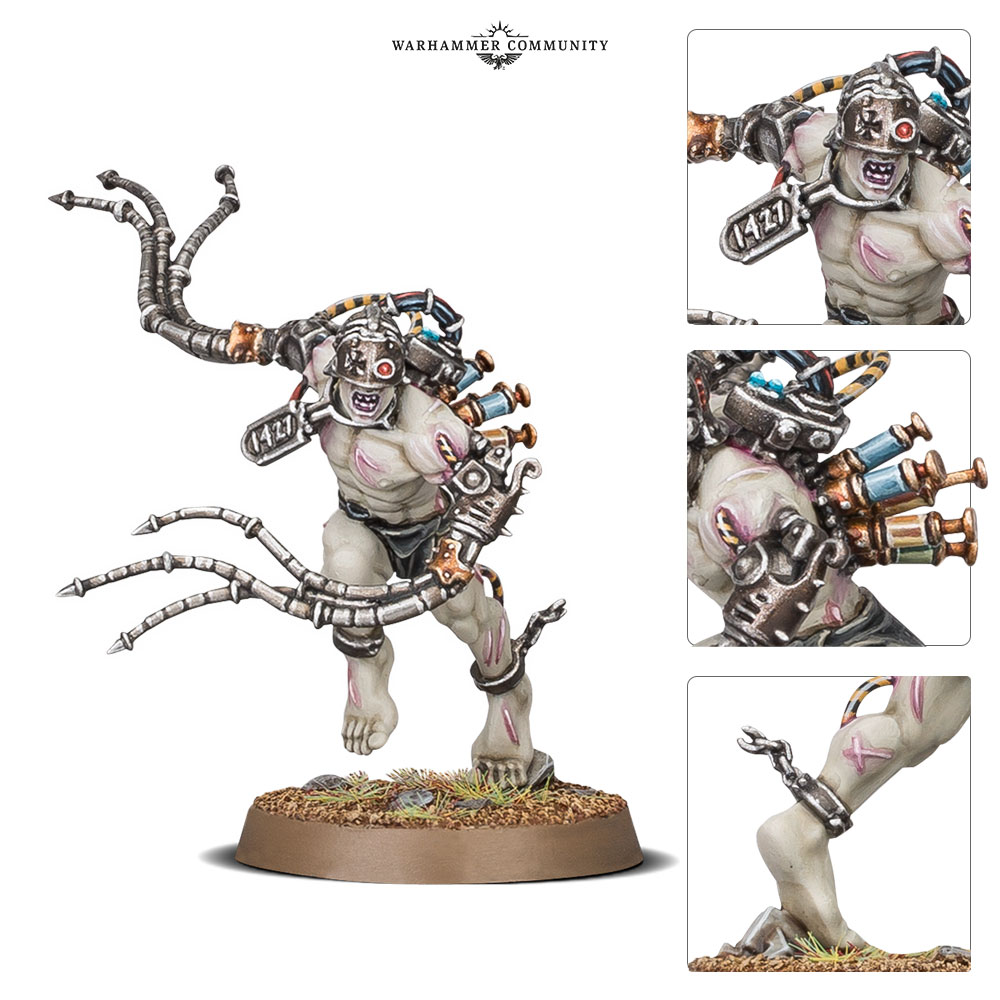 Box of 10, and you can even build Damien if you want (the Arco from the Inquisitor Game) 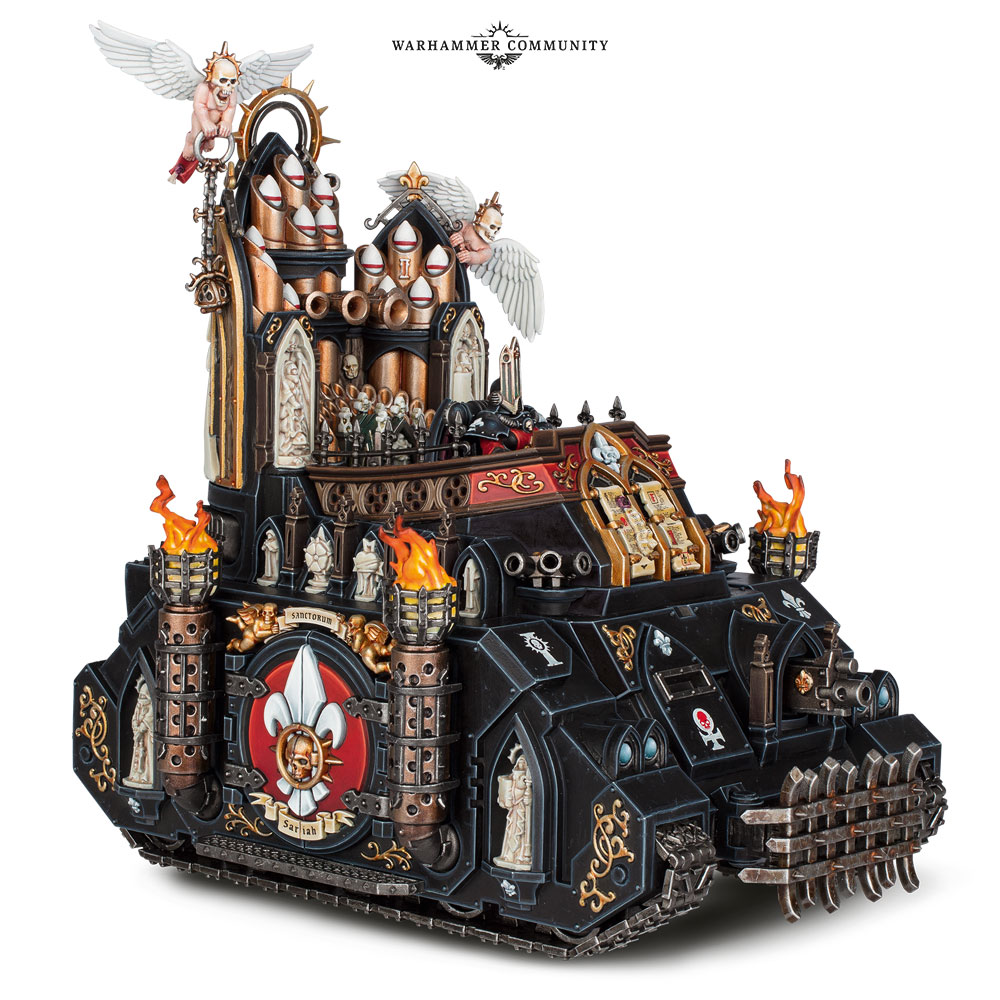 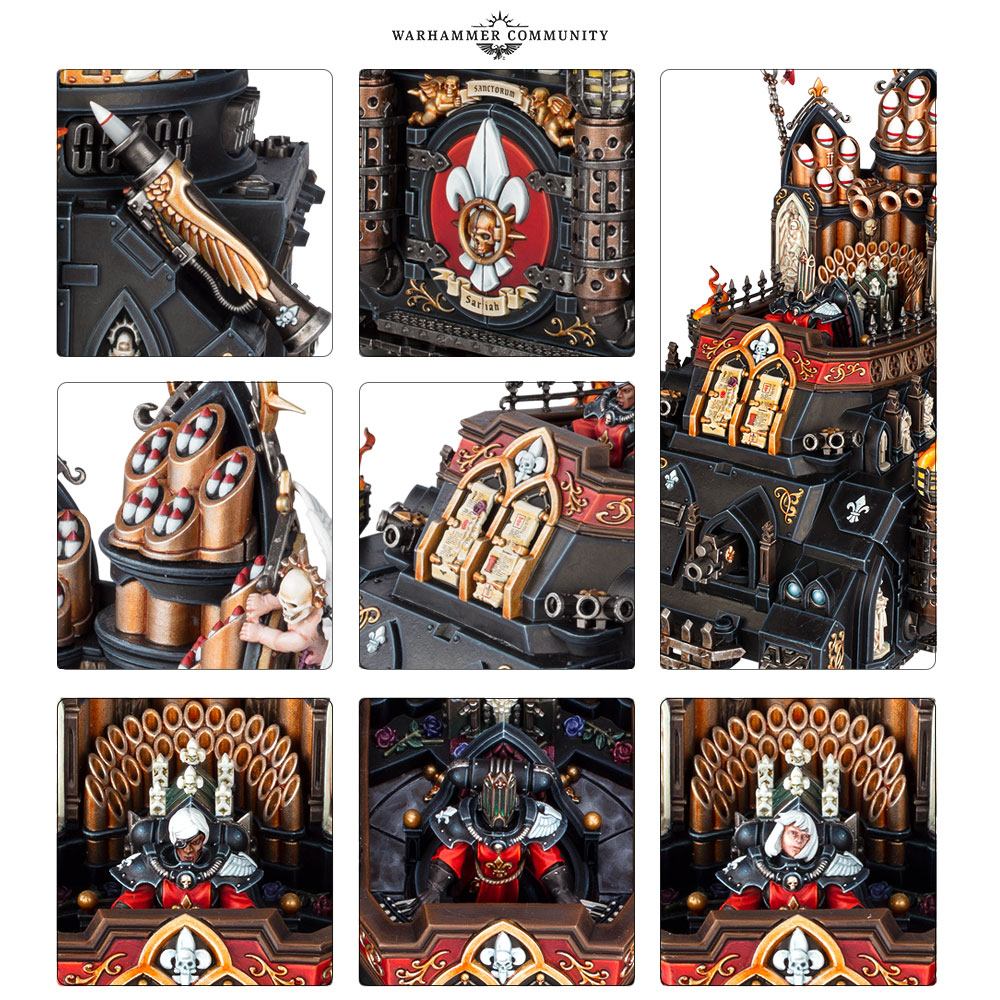 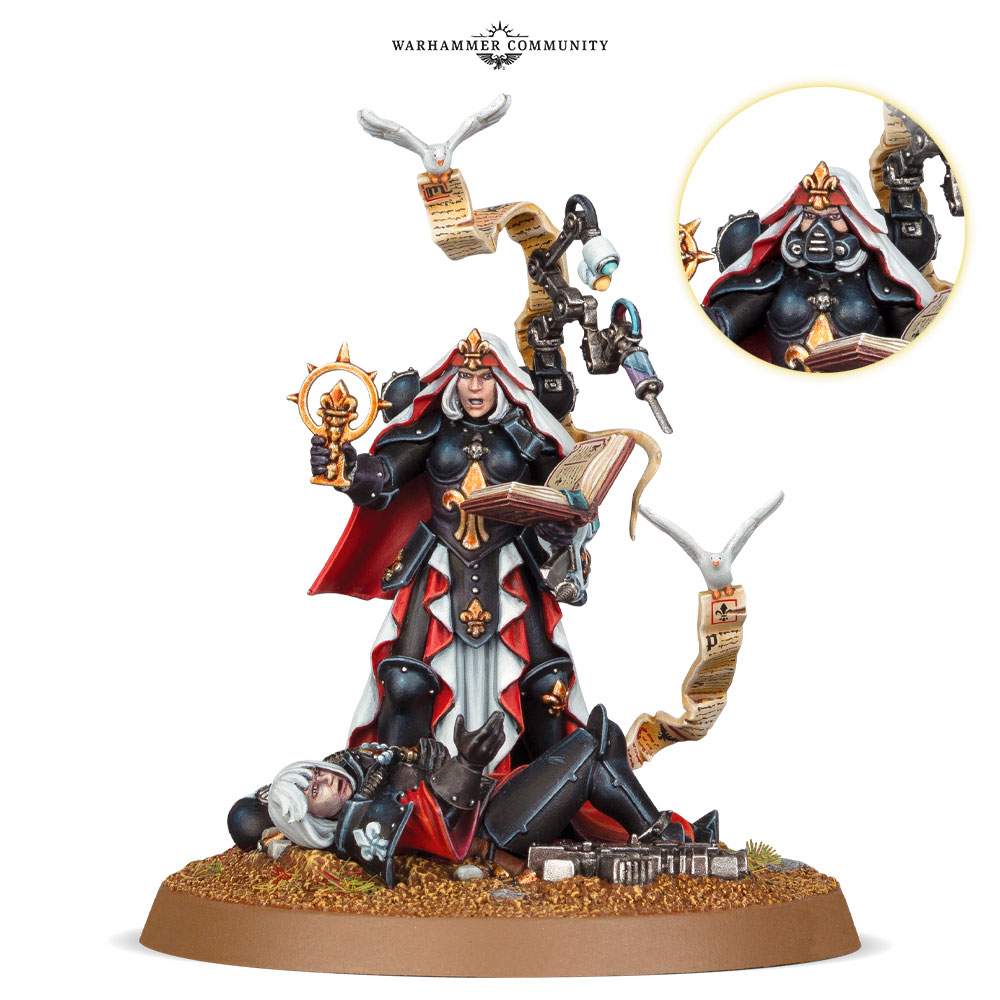 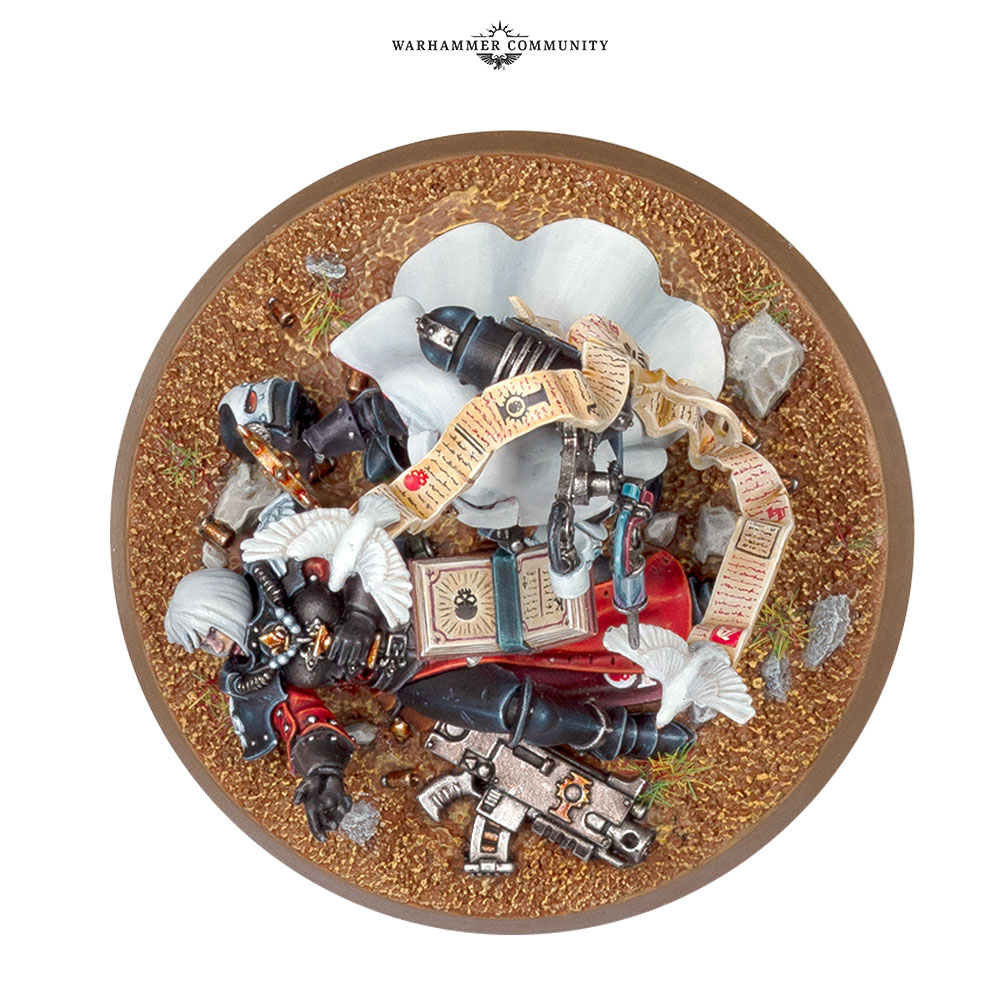 Awesome model, resurrect one model per turn for 35pts, very good with heavy weapons unit or can heal celestine ^^

Canoness Superior of the Order of Our Martyred Lady, Judith Eruita 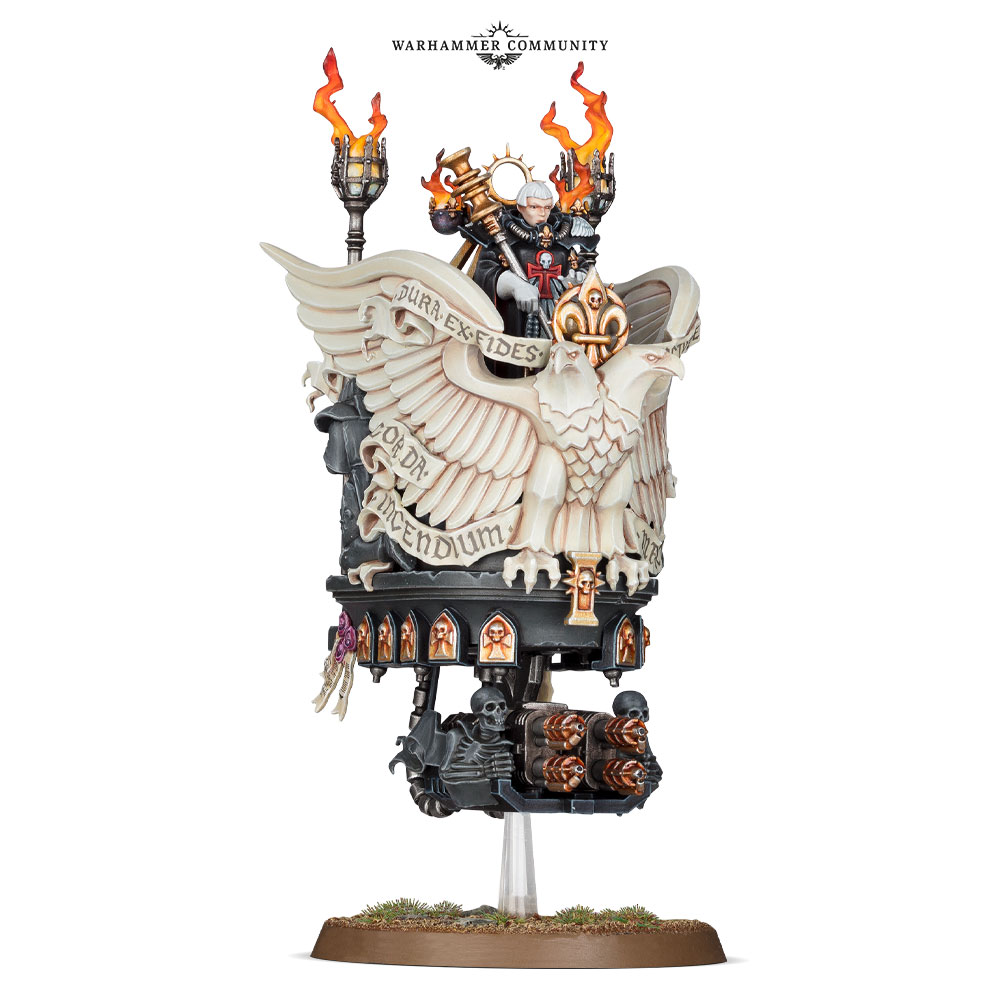 Very cool model, too bad it must be Martyred Lady

Psychic Awakening: Ritual of the Damned 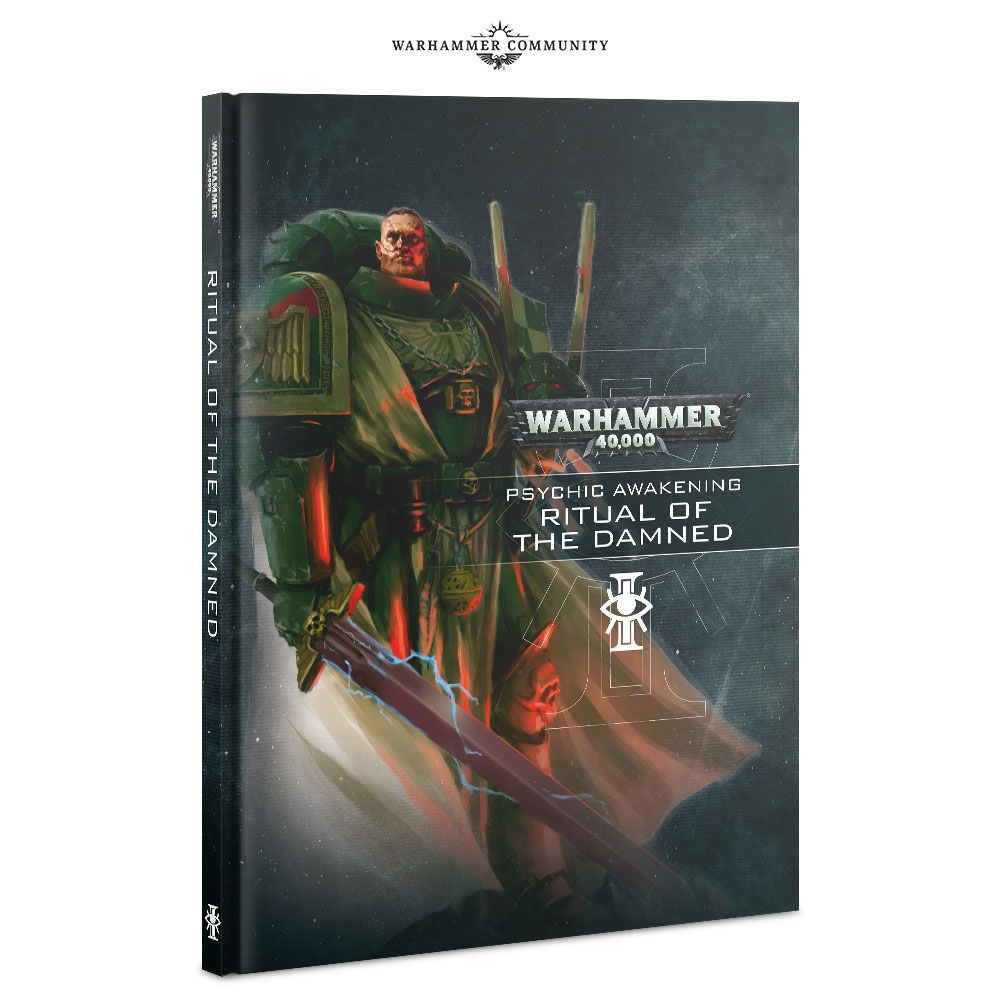 Very cool fluff for once in PA. Still it's more a new setting and not a story going forward. 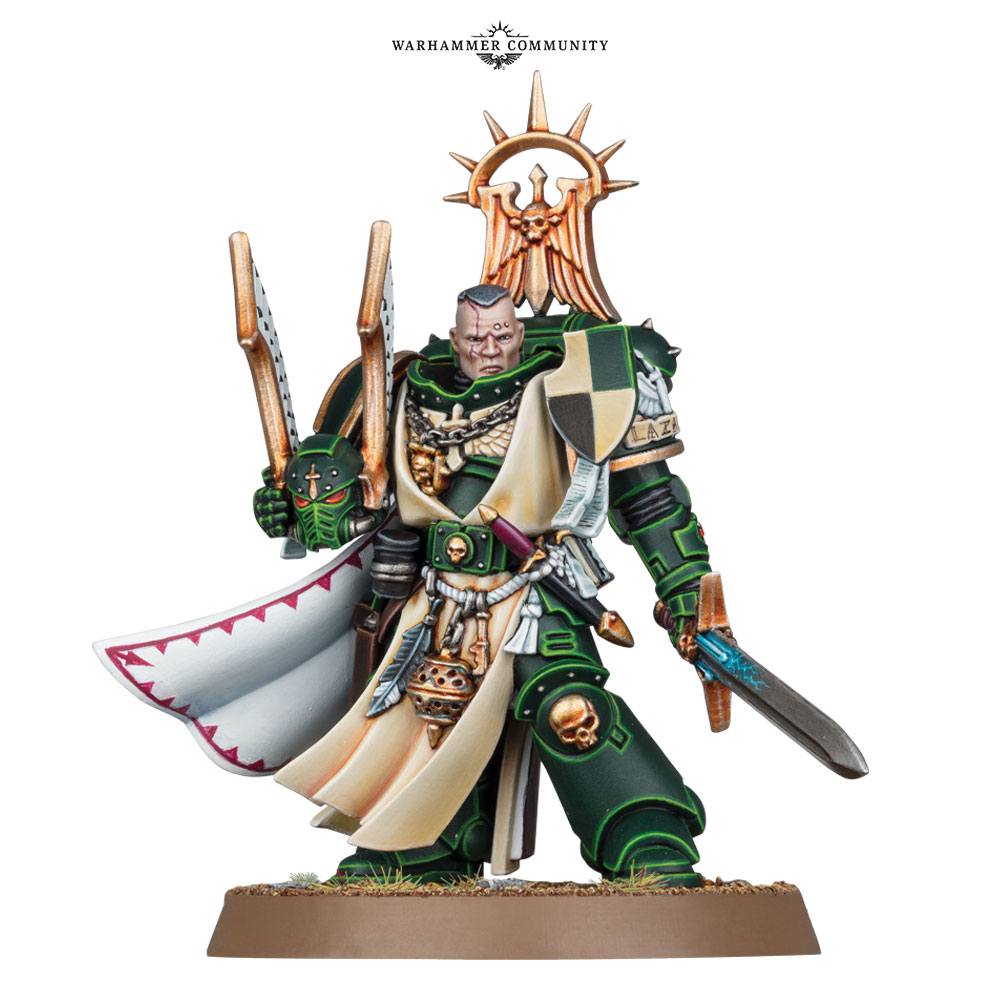