Review of GW2 and orlock sprues

This morning we received the Necromunda release (better late than never ^^).

This review is going to look at :
I) The Orlock models
II) Orlock fluff and rules
III) Hired guns, Hangers on, Bounty hunters.

As all the recent release for specialist games, the box is composed of 2 duplicate sprues.
Each one is tight packed with item and stuff ! 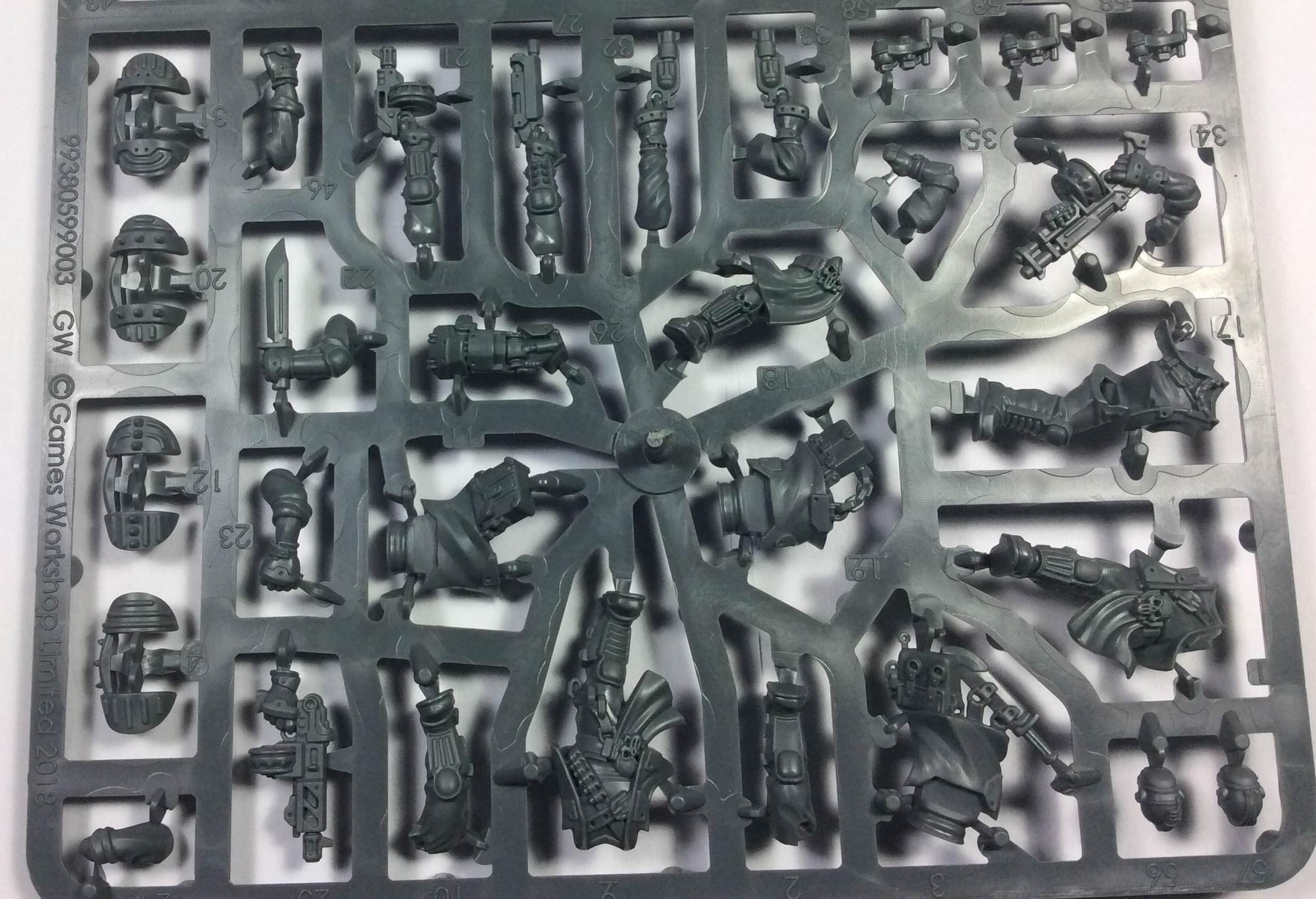 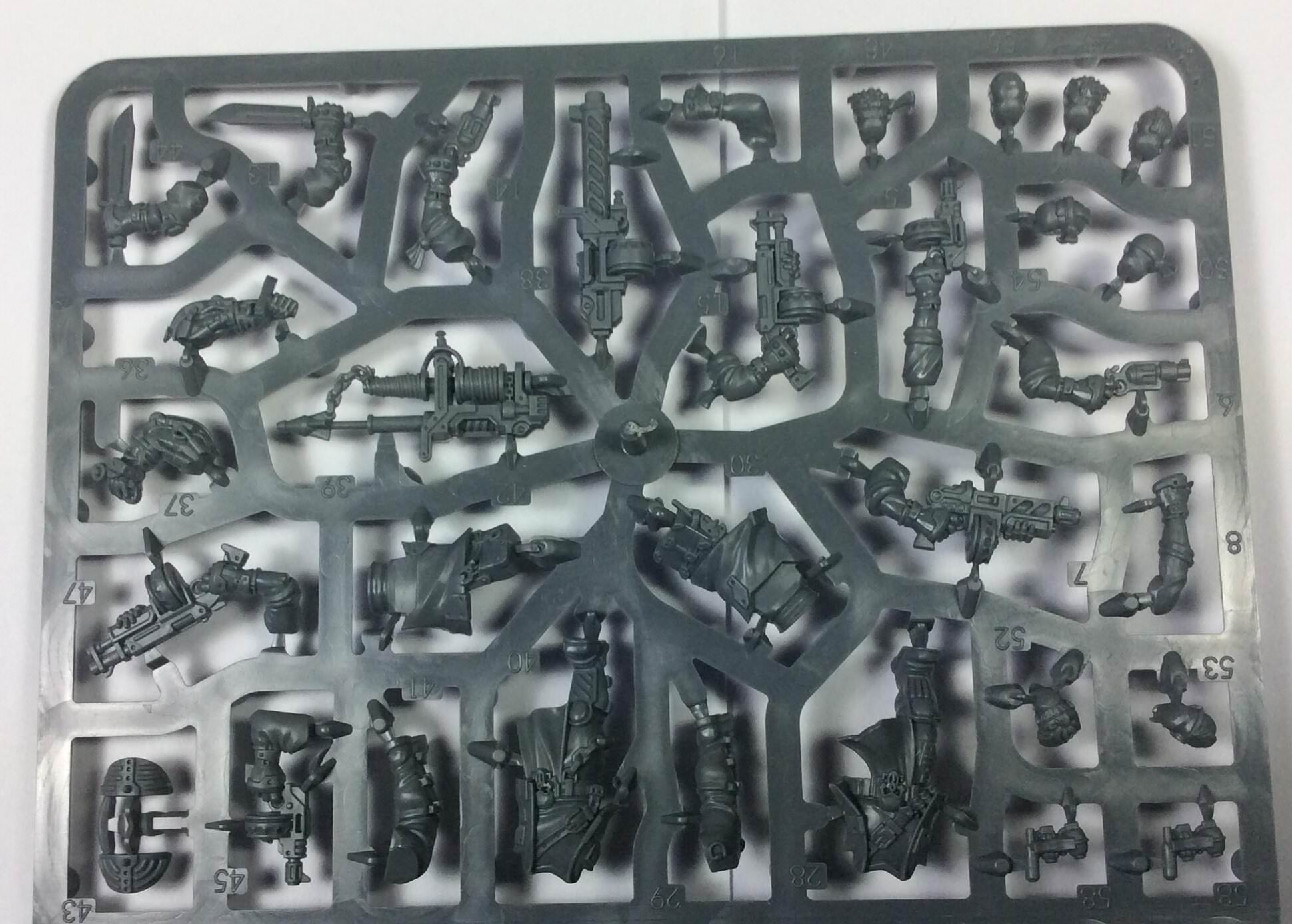 Items count :
Each sprue have :
-Legs and torsos for 5 models. (you can build 10 different models using the 2 sprues)
-10 different heads.
-1 Heavy stubber
-1 Harpoon
-5 double shoulders.
-1 Servo claw (this is the coolest thing ever !!)
-5 Combat shotguns/Auto Guns (they look really close so you can probably switch them at will ^^)
-5 grenades
-bunch of pistols/knives.

As you can see there is a lot of options aviable to you.
Harpoon and Servo Claw look awesome and while the models look a bit bland the details are crisp and the weapons are super cool !!

Rules for the Orlock represent normal humans, average guys. Not as fast as the Esher and Not as Strong as the Goliath.
As usual with this type of warbands/gangs/teams, you have to outmaneuver Heavier opponents and power play lighter one. Off course it's easier said than done ^^

Their skills selection is interesting, their primary are savant and ferocity. While some of the skills are super good (Nerves of steel ^^.) It's harder to get instant power up from them. It's a given that you want Hip fire for maxing the Combat Shotgun power ! (allow you double move then shoot at -1). So i guess you need to choose at 9xp if you want pick nerve of still or roll on the shooting table. 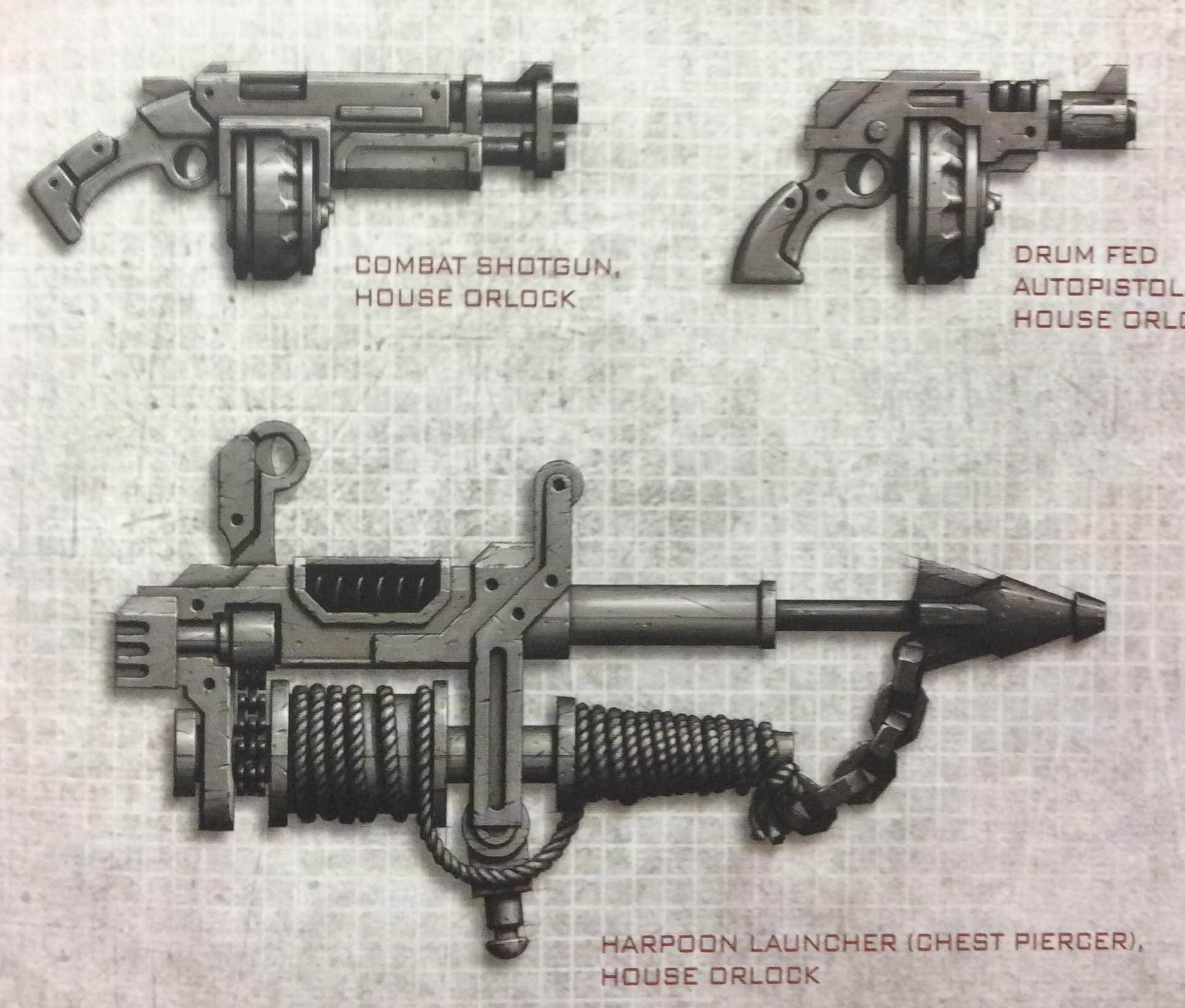 While the combat shotgun is super strong, the Harpoon is the funnier ! 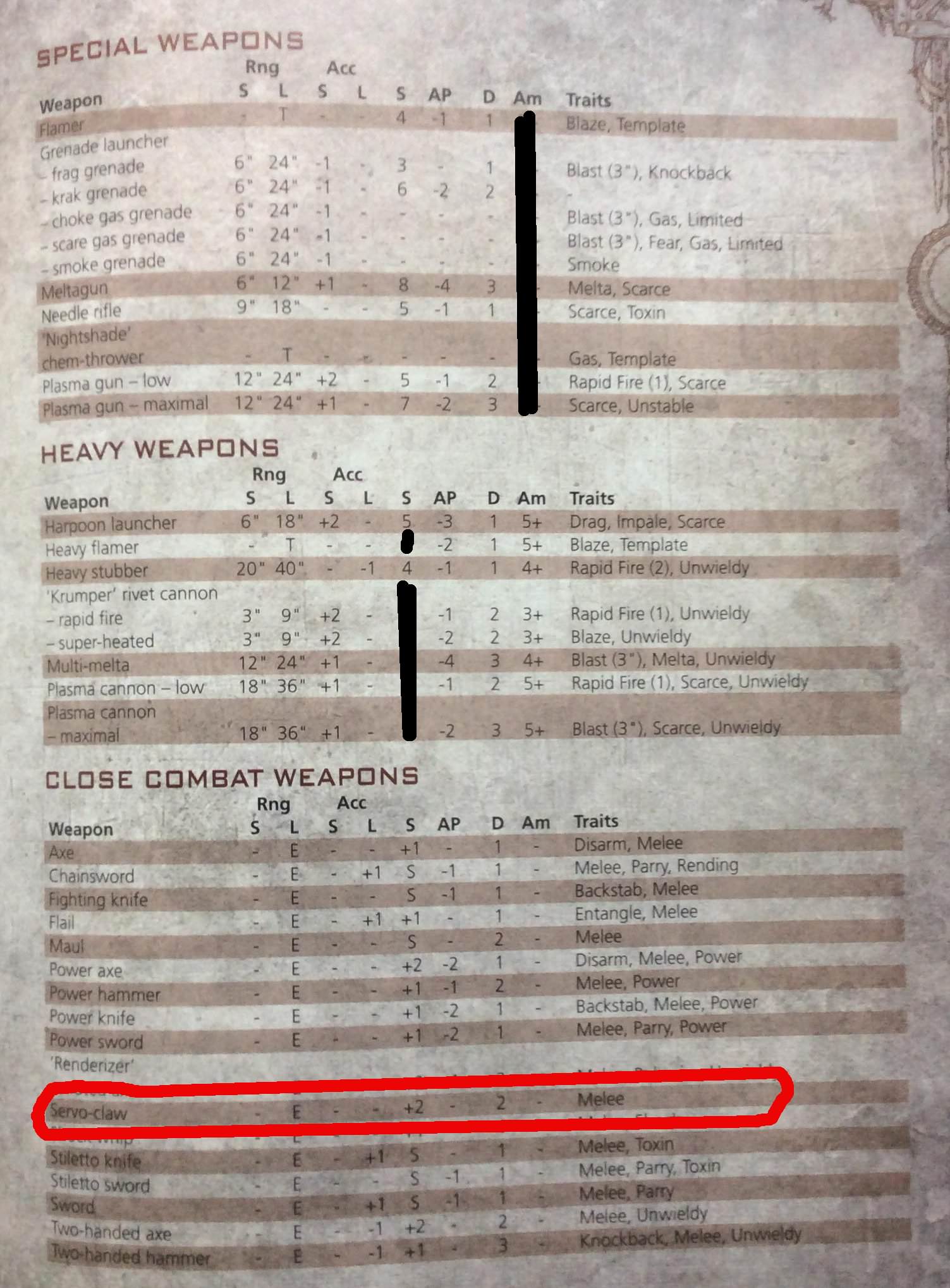 As you maybe noticed the Harpoon is not Unwieldy ^^ so you can run and gun too (with hip fire skill).
Or you could even shoot twice with quick fire (HAHA). But if that not enough you can impale and drag multiple packed opponent or pack them for a demo charge throw (rules are inside but no price :/) 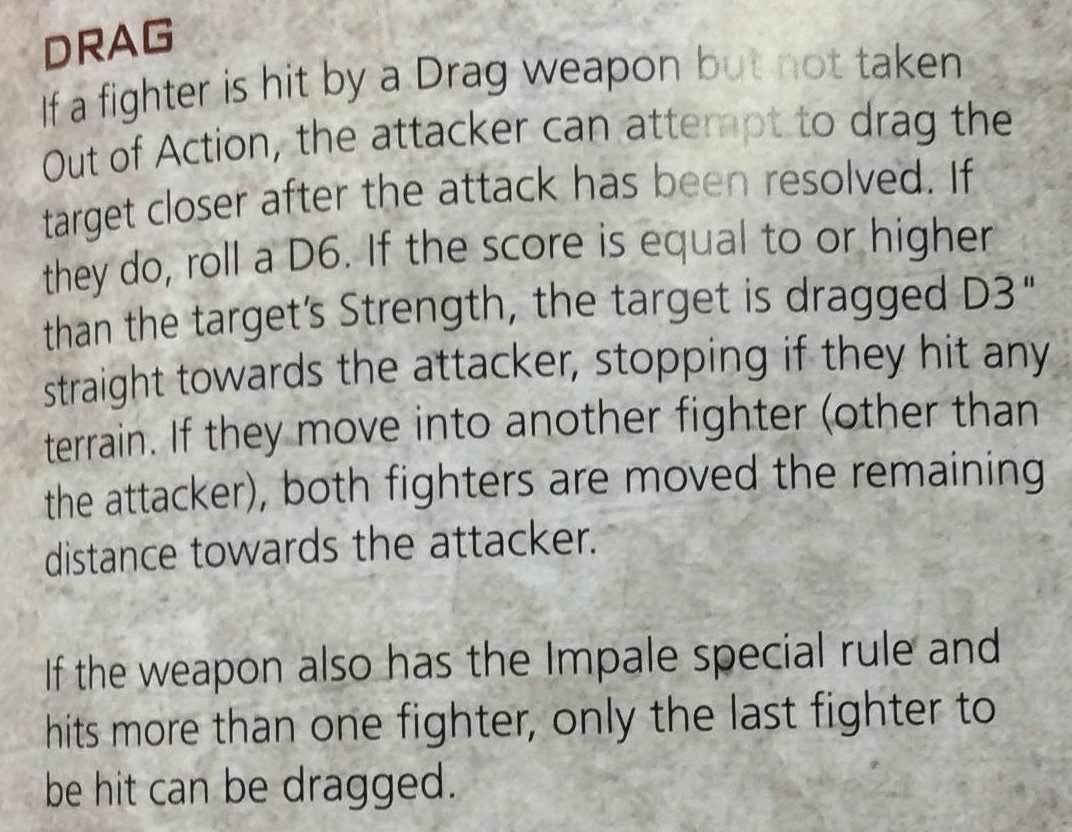 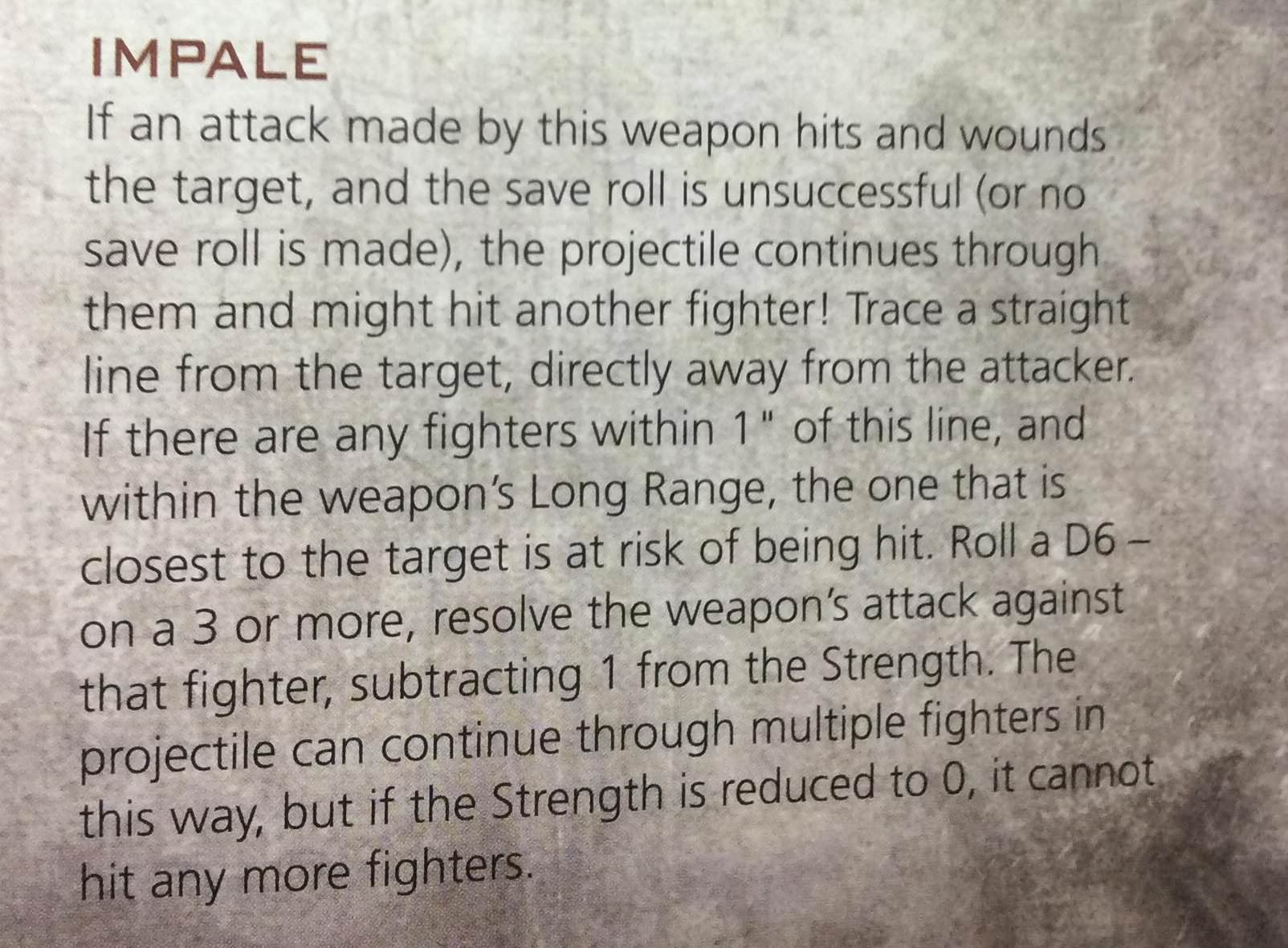 Off course the Harpoon + shotgun combo is pretty self explanatory, Harpoon drag, then combat shotgun go and kill.
Added bonus : i am sure enemy will be wary of falling ^^

In the book there is :

-4 types of Hangers on, that grant small or useful bonus between or during mission (reroll ammo, wounds, money).
-Hive Scum, 30 cred canon fooders, up to 5 recruited at once, come with 60 cred of weapons (normal human stats with a 4+ ranged and melee)

-7 named bounty hunters. (Super expensive but you get to choose the one you need so i guess it come at a price.) 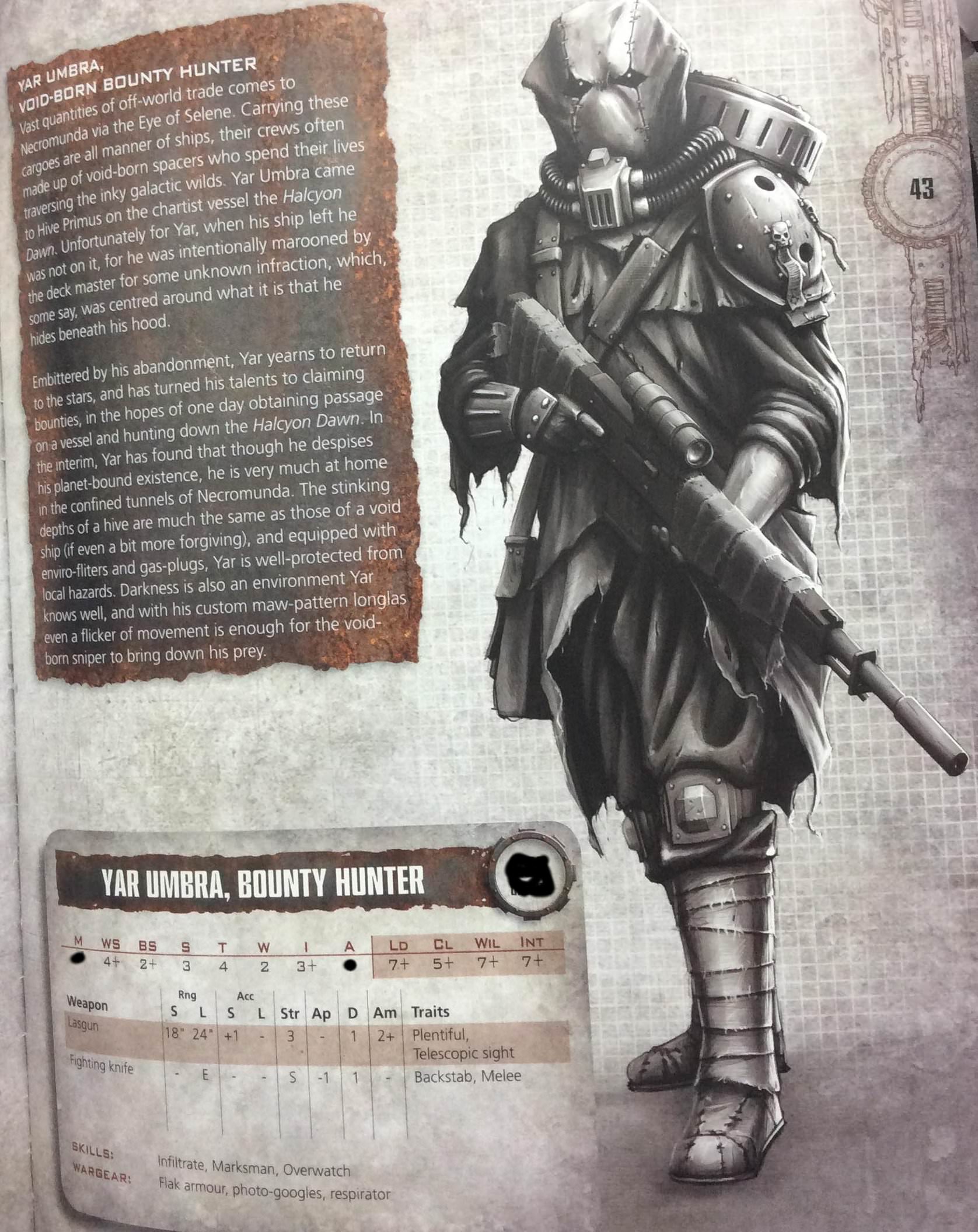 -Rules for designing/hiring your own bounty hunters. 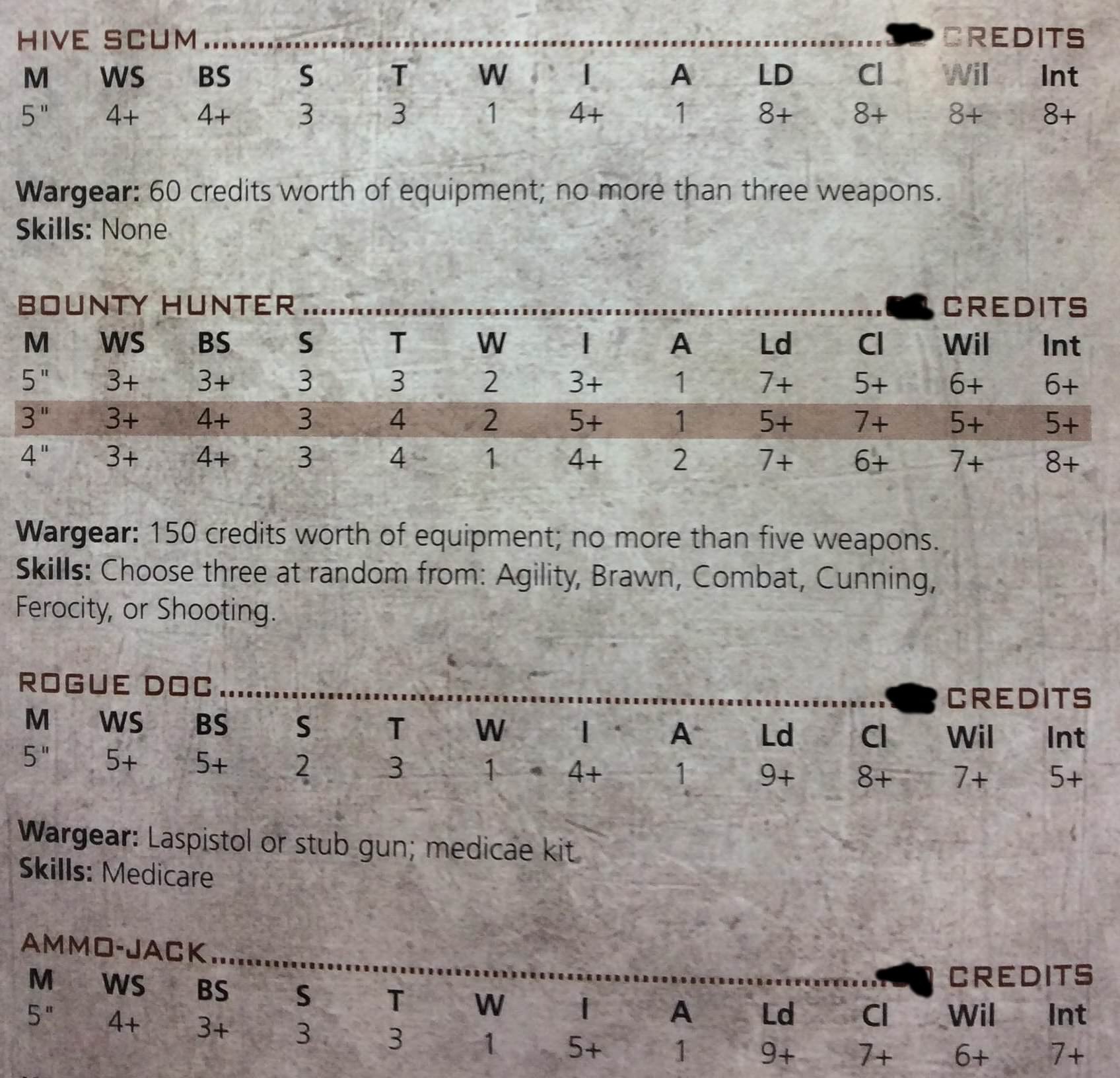 Rules for the Danger Zone are in the book too 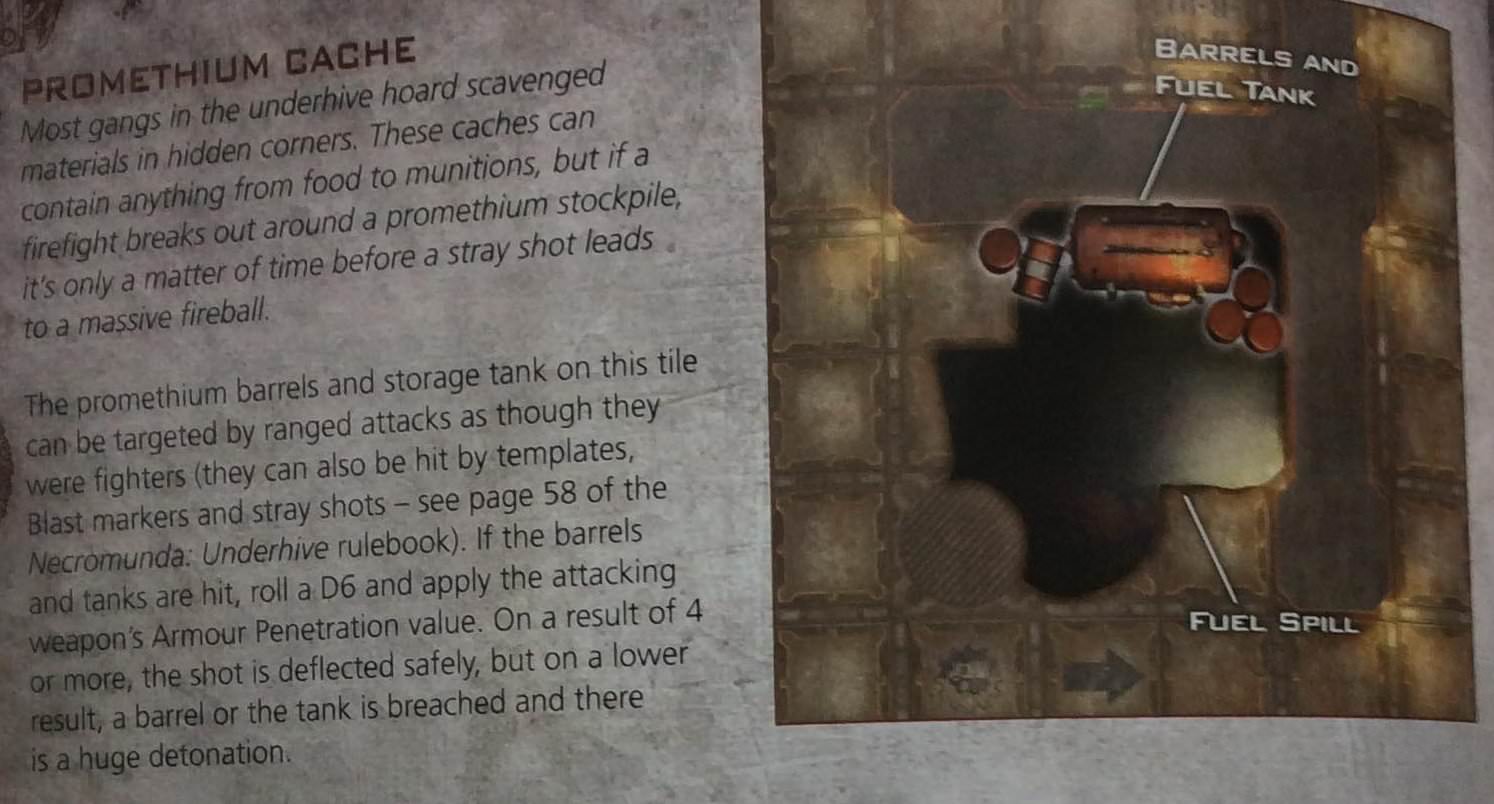 Danger Tiles are 9 extra tiles sold separately for the Underhive.
Each tile, have hazards that can be exploited. I only play 3Dmunda but they look fun & interesting, with quite a number of tricks you can use to hinder your opponents ^^.

Gang War 2 add a lot of possibilities to Necromunda and especially campaign play !
I am still not fond of the release format as it's getting messy very fast. I understand it's easier to release multiple small books than one big with everything inside but, come on !! can't we have an App with everything, stats, price, rules ?. Right now we are still missing a lot of thing to play all the kits and weapons...
It's really starting to be a problem.
Ho i forgot the trading post wasn't updated, so need GW3 for money cost :/