Gw was nice enough to send us the Shadespire release, alas there was some bug in in the machine and 2 Skavens packs arrived and 0 Fireslayer warband.

So let's get started !

Before checking the composition of the warbands i need to talk about the main trick of the warband.
Skritch in his inspired or normal version have an action that allow him to spawn skaven grunts (Lurking,Hungering, or Festering skaven) on any starting hex ! anywhere on the map ! Off course it's a really powerful ability. The bread and butter of the skaven !

Inspiration
Skavens gets inspired when you have to "choose" the target of a ploy cards (your or opponents).
1) It add extra value to a ploy on an uninspired skaven !
2) Ploy not choosing skaven target have less value.
3) Offer a little bit of protection against enemy ploy.

In a nutshell Skavens are fast , numerous so you need to use this to their advantage an isolate out of position warriors.

The 2 main models are skritch and Krrk.
One have long range and dmg the other one is tanky (for a skaven!).
Always attack with one or 2 support and try to set up a defensive perimeter 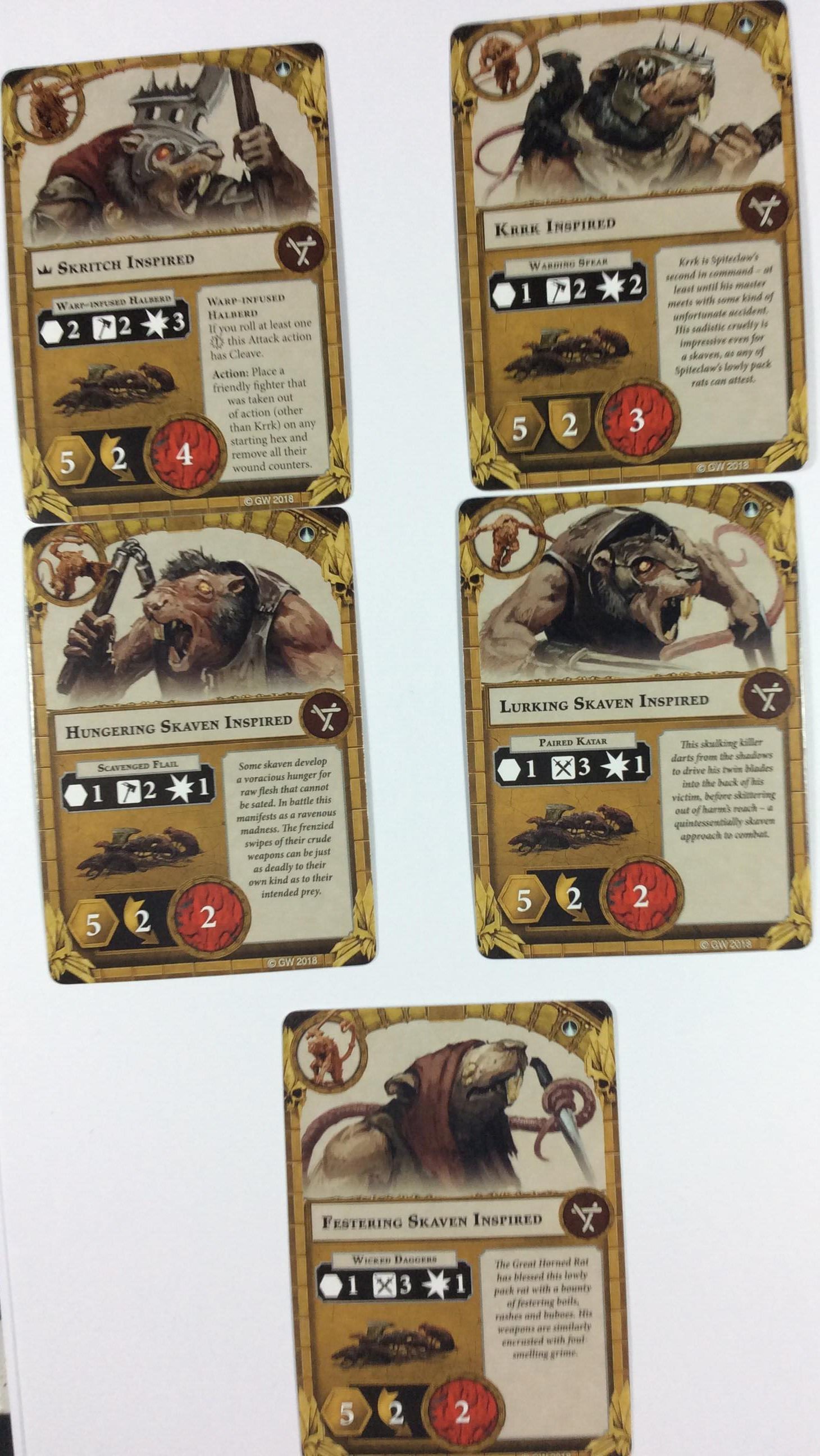 Surprisingly these are only 3 ploy cards that "choose" in the skaven deck.
Boldness and TAAM are auto include, both cards have good value and can inspire ! .
Musk of Fear is not too bad, inspiration + guard is good for saving Skrtich from diver. 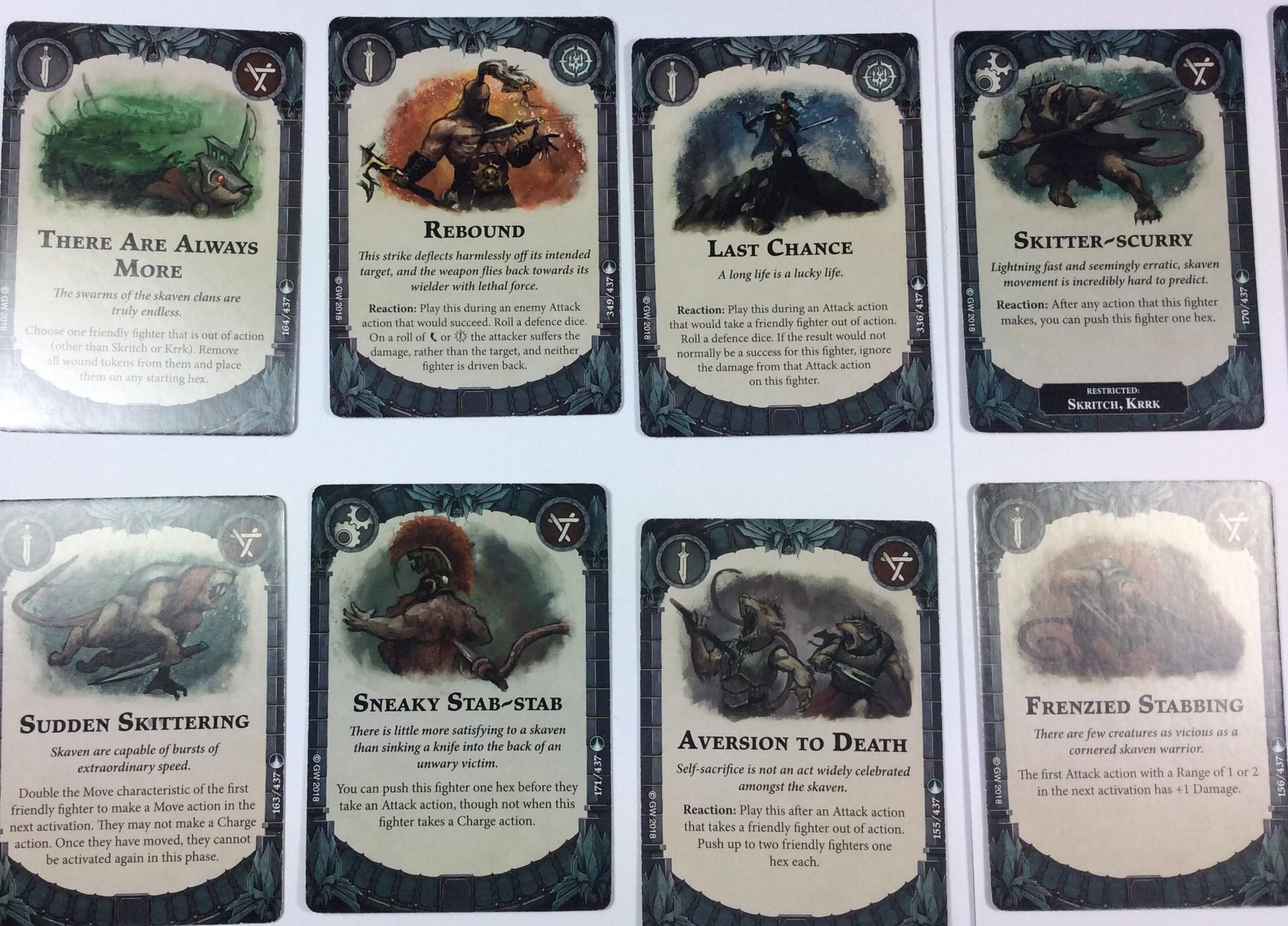 Of course in this list Rebound is also an auto include in any deck !! Tbh i hate this card already because it can turn around any game on a 5+ :/ !

Desperate Gambit + Heroslayer Give 50% chance to the weakest grunt to kill a strong model. Very good on skaven as they can dive 5 and you can spawn a skaven anywhere on the map.

Forcefull Denial Counter ploy on a 4+ is needed !

Time Trap Choose and Action (Jury still out on this one)

On the Equipement side, i didn't tested much. For now i only focused on buffer Skritch.
Sneaky stab stab and Skitter Scurry are crazy fun on a ranged 2 models !!! (one hex move before and after each action ^^).

Any ShadeGlass weapons can be useful to give the grunts some power !

SoulTrap Extra life on a 4+ that can't be countered by forcefull denial.

While i only played them for a few games and i was lucky with the risky cards the constant move and threat really pressure the opponents.