Aurox Armoured Transport (AAT !) is up on pre order on the FW website !


With the influx of material resources and template constructs recovered from newly compliant worlds throughout the expanding frontiers of the great crusade, early attempts were made to standardise the equipment and war machines of the Imperial Army. The Aurox Armoured Transport is one of the earliest examples of this vision of a single standard for equipping the Imperial Army. The Aurox Armoured Transport is an armoured troop transport tank primarily used by various arms of the Imperial Army to carry veteran grenadier units to battle or to protect their commanders while dictating the course of battle. A further variant of the Aurox is used by the Solar Auxilia, re-fitted for extreme environmental conditions.

This multi-part resin kit contains the components necessary to assemble an Aurox Armoured Transport. A utilitarian transport vehicle, the Aurox is little more than a cube of extremely dense armour with an enormous tank track either side – each surface of the hull has at least 1 set of doors, used for the rapid disgorgement of the up to 10 models carried within. At the front is a driver’s hatch with a sensor array beside it, and a mounted heavy stubber at the top, with hatch behind. A large exhaust pokes out from either side, and yet another hatch (there are actually 6 in total, making this a rather hatchsome transport) makes up the bulk of the rear.

The Aurox Armoured Transport comes as 21 components. Rules for fielding this model in games of The Horus Heresy are available as a PDF download.

Sad news for the Skull Cracker !

Look like the Skull Cracker mold is broke :/
They have no plan to make a new one soon ! 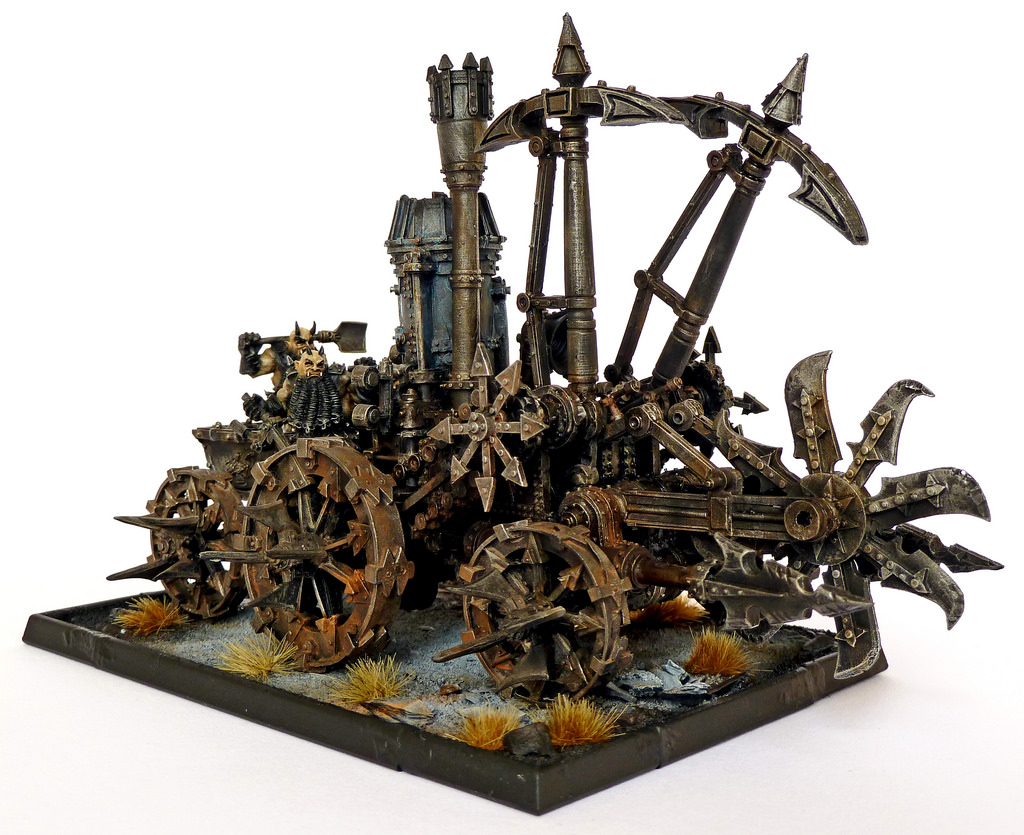 Thx @bret for sending the info !