Middle-Earth: Upcoming Dice and other stuff

Howdy Guys and Girls - some new previews for Middle-Earth fans from GenCon. The Mordor dice are just cute!

Attendees at GenCon this year were treated to an amazing Games Workshop presence, as we showed off a veritable Dragon’s hoard of awesome previews (including news about Adeptus Titanicus, Warhammer Age of Sigmar: Champions, Warhammer 40,000 Munchkin, and much more). Middle-earth fans were treated to a close-up view of the new Battle of Pelennor Fields boxed game and a glimpse of some very exciting new gaming accessories. 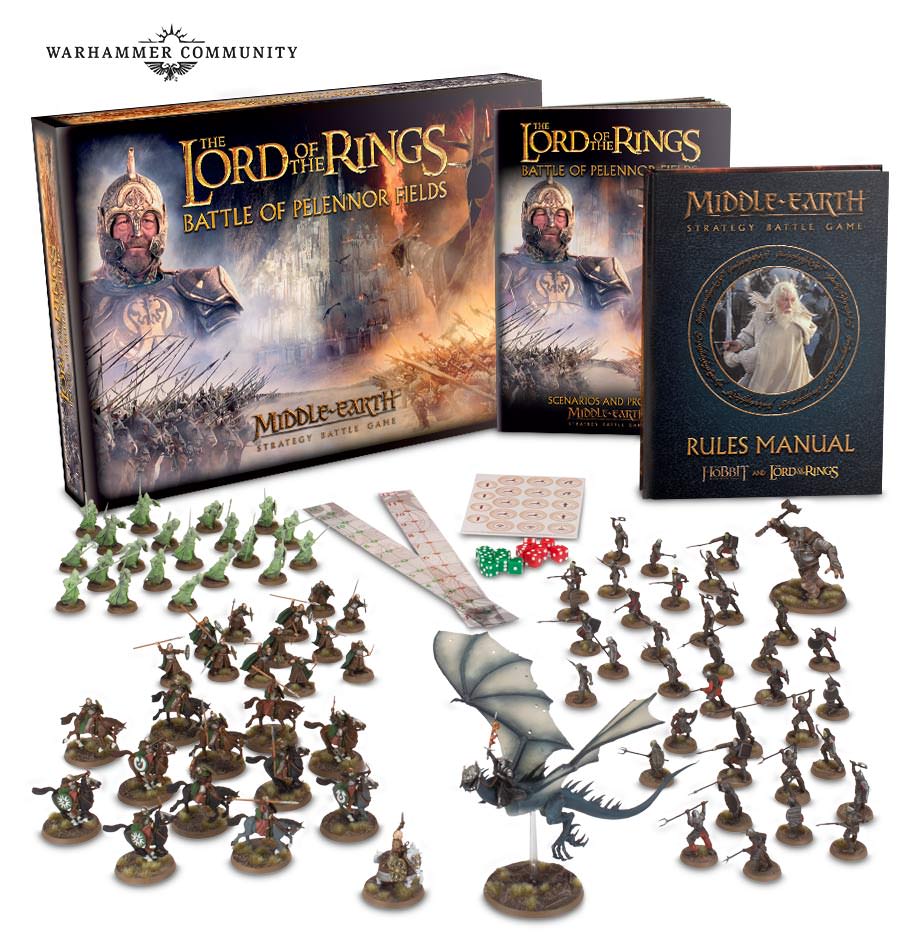 Also previewed were three new dice packs due for release alongside the forthcoming Battle of Pelennor Fields boxed game: Rohan™ Dice Set, Mordor™ Dice Set and The One Ring™ Dice Set. Each pack contains 8 six-sided dice with a corresponding thematic icon on the 6-face. 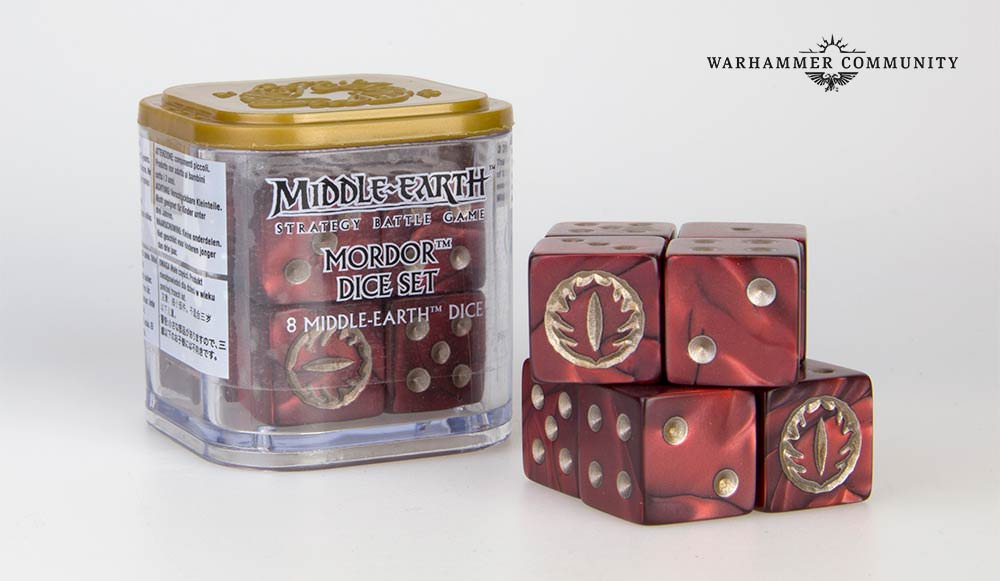 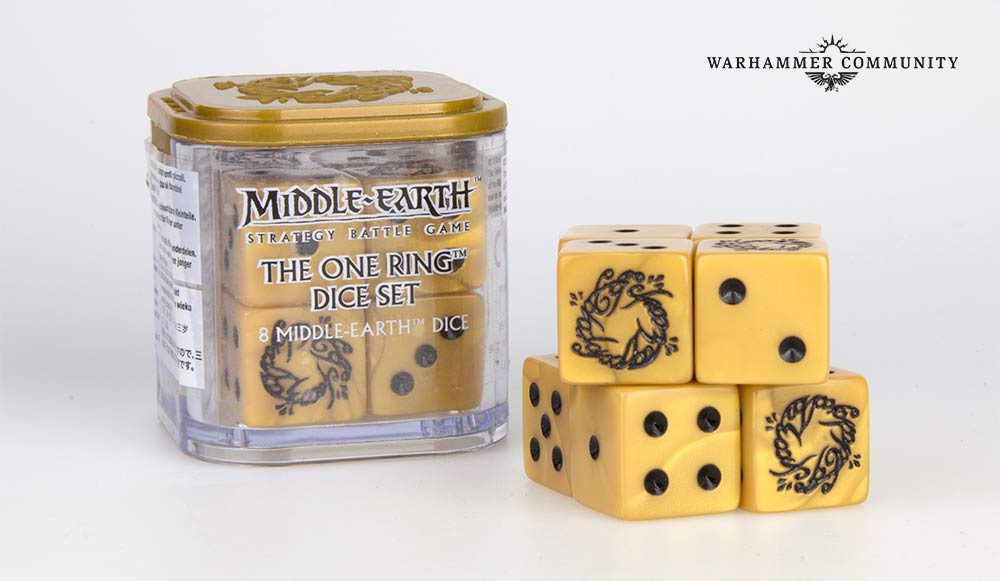 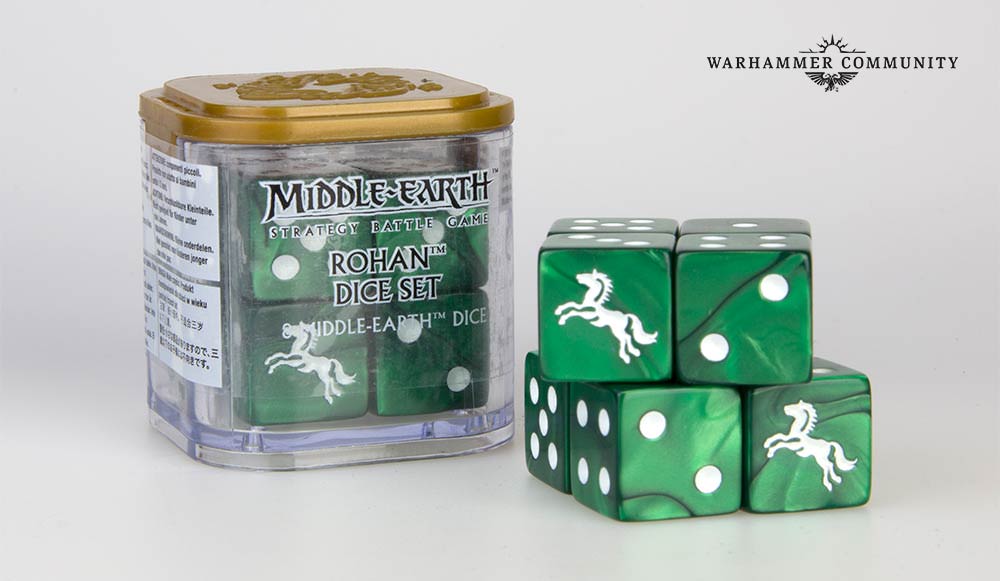 The Range Measurers are a pack of seven hard-plastic measurers and a Priority token. The measurers are styled after iconic weapons from The Lord of the Rings™ movies and come in sizes that will certainly make sense to veteran players of the Strategy Battle Game. Most enjoyable of all, there is an internal consistency in their sizes. Sting, a weapon made famous in the hands of the Hobbits Bilbo and Frodo, measures 4″, which is exactly how far a Hobbit can move in the game. Gimli’s axe measures 5″ (the move of a Dwarf in the game) and even the staff of Gandalf the White measures 12″, which is the range of most Magical Powers. 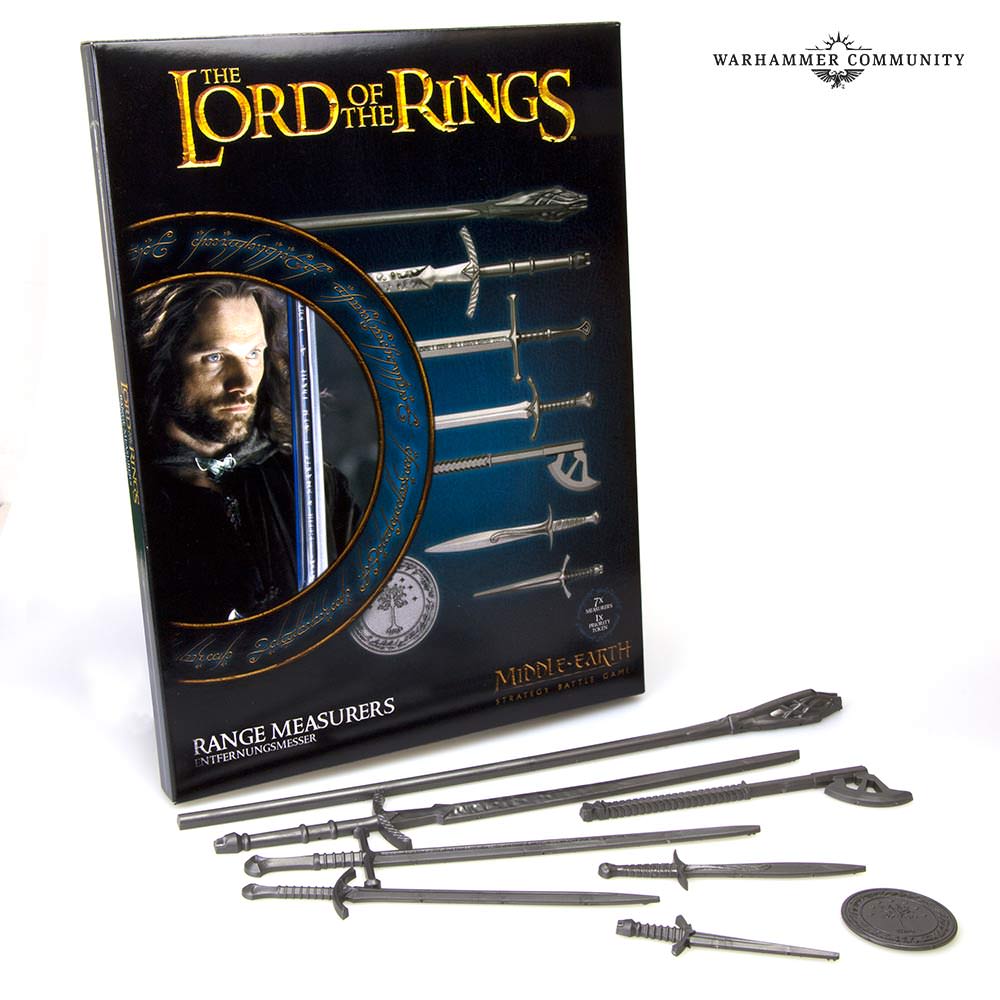 Last but not least - four quite cool armies from their Four Generals article series!