One of the coolest things about the new Adeptus Titanicus are Legio specific special rules. The basic rulesbook has options for Legio Gryphonicus and Legio Tempestus - with more to come in the future - let's take a look!

Using Legions of the Adeptus Titanicus

When assembling your army, you can declare any of your Titans as part of a (canon) Titan Legion. You can even have more than one Legio, as longs as Titans within a Maniple are from the same. Each Titan Legion used gives your opponent two Bonus Strategem Points though!

The Legio Tempestus is one of the oldest and most esteemed Titan Legions of the Collegia Titanica. One third of the fabled "Triad Ferrum Morgulus", the Legio Tempestus was founded alongside the Legio Mortis and Legio Ignatum in the distant Age of Strife on Mars. During the Great Crusade the Legio fought for decades at the leading edge of the Imperium's expansion alongside the most celebrated of the Legiones Astartes. Countless worlds were brought to Compliance and numerous xenos empires cast down for which the Legio became so well known, earning it the epithet "Stormlords." Later, however, the loyalties of the Legio Tempestus would be cast in doubt and the shadows of treachery attain its name. For while their lord and his retainers fought valiantly against the Traitors during the Martian civil war during the opening days of the Horus Heresy, others in their ranks, who had spent years on the dark frontier fighting under the flag of Horus, would be counted amongst the most dedicated of the Warmaster's treacherous forces during the wars of the Heresy. 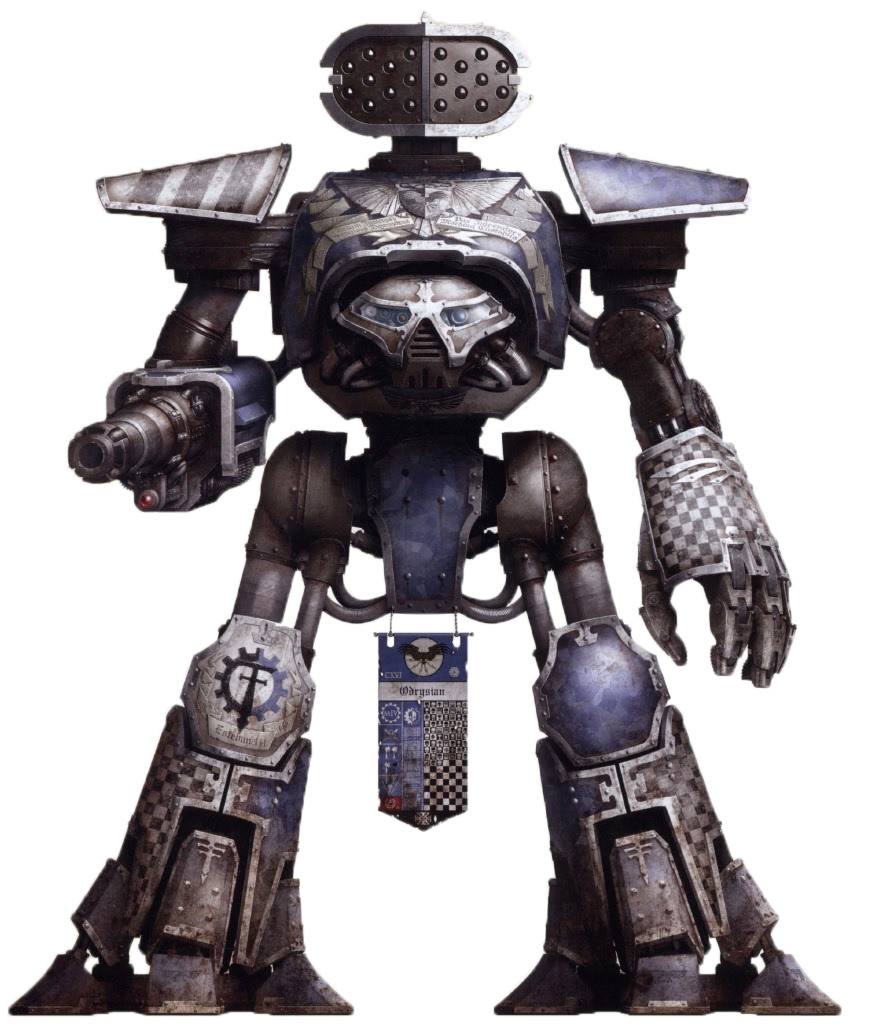 Their main legion traits are basically an "Awakened Machine Spirit" re-roll aswell as the possibility to use it's weapons before going out in an explosion when beeing destroyed.

Their Legio Specific Strategem is called Combat Drop and allows you to send your Titans of Scale 6 or lower (which are only Warhounds, but we may see more Scout Titans like the Nightgaunt down the line!) with the help of a Dropship to the battlefield. It's a classic deep-strike mechanic and actually quite risky, especially if you have much terrain. But no risk, no fun, right?

Of course Titans also have Legio Specific Wargear. The Chasmata Pattern Laser Destructors is enhanced technology, based upon archeotech found near the Stormlords' fortress on Mars, adding 3" to the short and 6" to the long range of your laser blasters and turbo-laser destructors for a few points. 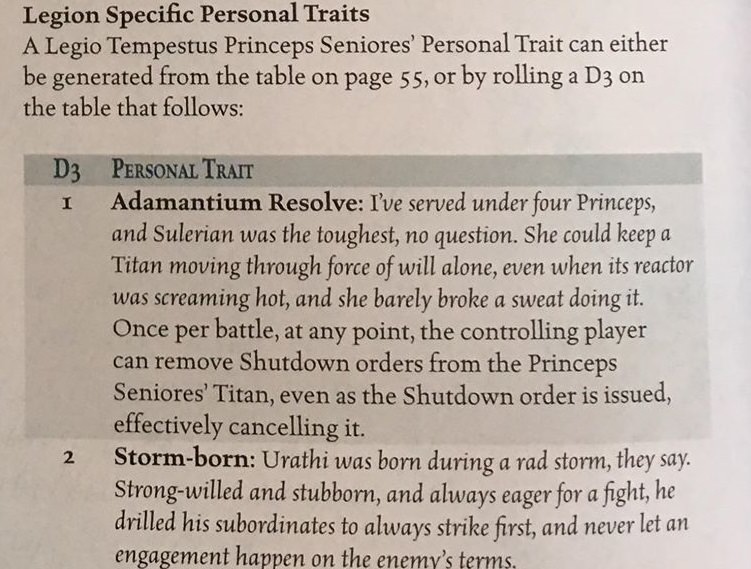 The Legion was founded sometime during the Age of Strife and at the time was the primary tool of power of the pocket empire of Gryphonne IV and became one of the largest and most well-equipped of its kind during the Great Crusade. It gained many battle-honours and fought alongside the Dark Angels, Imperial Fists and Death Guard Legiones Astartes at various times, and theiy were in the order of battle for some of the most famous and vital campaigns of the Great Crusade, such as the Rangdan Xenocides and the Ullanor Crusade. When the Horus Heresy broke out, the Legion remained true to the Emperor. 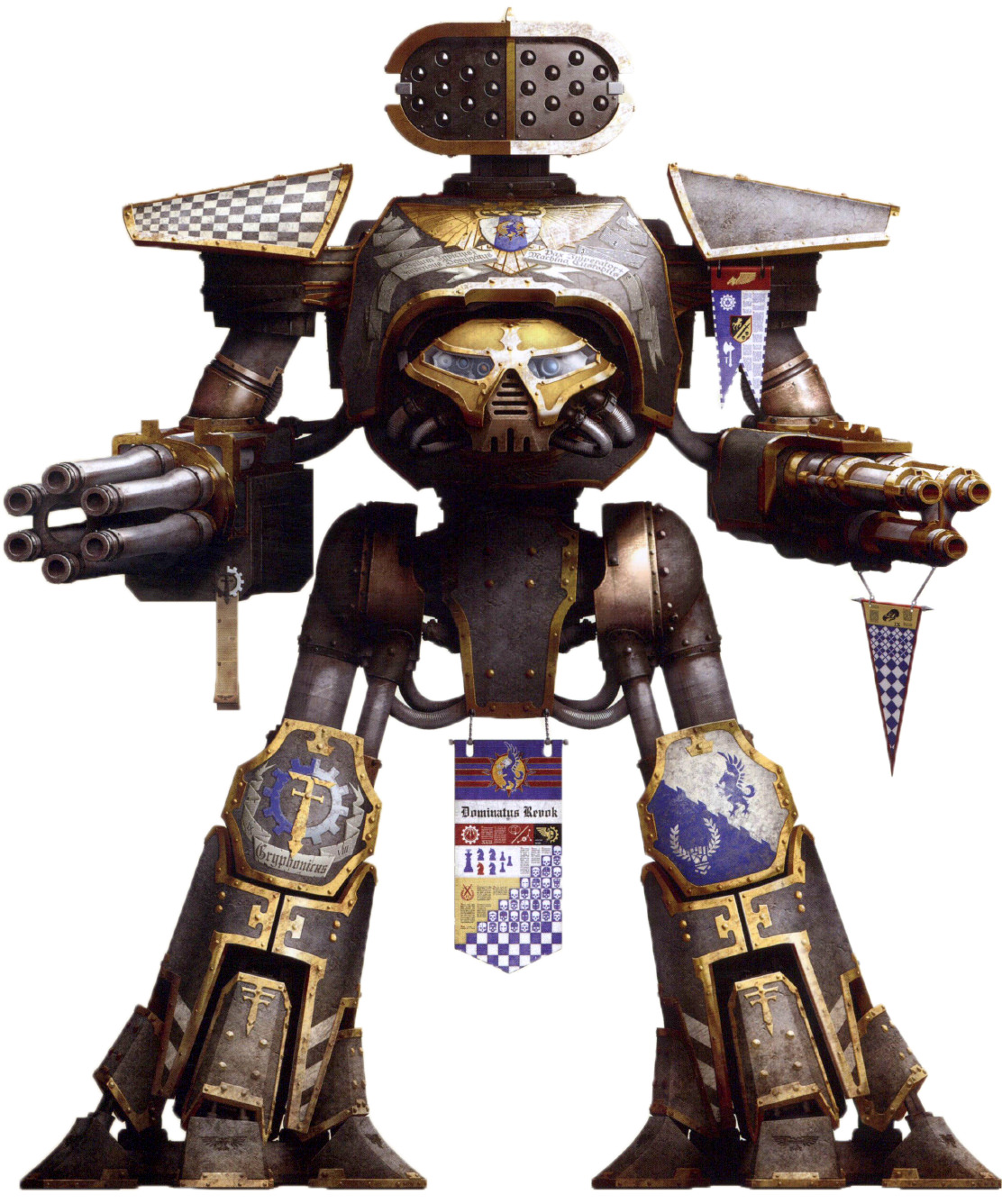 The Princeps of the Legio Gryphonicus are glory-hungry and proud warriors. Their Legion trait allows each of their Titans to mark out an enemy - getting buffs against said target as long as no other Titan attacks it!

The War Griffons are known for fielding many Reaver Titans, and they have even unique sub-variants to serve in different battle roles. You can exchange one Warhound or Warlord in a Maniple for a Reaver. If you do so, you can also upgrade them to make them better suited for their task:

Gravatus Plating increases the armour of your hull and legs, but makes you slower.

Motive Sub-Reactors are secondary plasma reactors on top of each leg, allowing the Titan to move at full capacity without drawing on the main reactor, for the risk of exploding legs.

In terms of unique wargear you can also equip your Warhound Titans with Enhanced Auspex Relays, allowing you a 12" pre-measuring!

Last but not least, you also have three unique Warlord Traits: 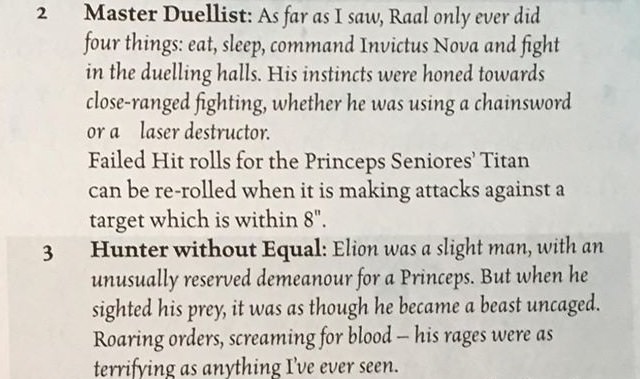