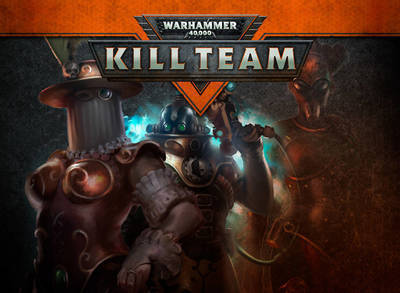 The design of the miniatures was driven by concept art produced by none other than legendary artist John Blanche. The Imperial Gothic styling of Elucia Vhane’s uniform clearly bears the hallmark of John’s grim, dark vision of Warhammer 40,000. Rogue Trader dynasties are so powerful that they function more as large corporations, with many different institutional branches and departments. This is represented by the many different icons displayed on the uniforms of the Elucidian Starstriders, which depict their role within the wider infrastructure.

Knosso Prond, Larsen van der Grauss and Sanistasia Minst are always Combat, Comms and Medic specialists respectively. However, they don’t count towards your normal limit of specialists! It you want a kill team that that is brimming with specialists, look no further than the Elucidian Starstriders!

Between them, the Elucidian Starstriders are equipped with an array of exotic and deadly firearms, from Grell’s rotor cannon and Nitsch’s artificer shotgun to van der Grauss’ voltaic pistol and the heirloom pistol of Elucia Vhane herself.

Between them, the Elucidian Starstriders are equipped with an array of exotic and deadly firearms, from Grell’s rotor cannon and Nitsch’s artificer shotgun to van der Grauss’ voltaic pistol and the heirloom pistol of Elucia Vhane herself.

With extensive background stories and individual personalities, the Elucidian Starstriders are like an all-star cast in an action movie – and they’re yours to command! 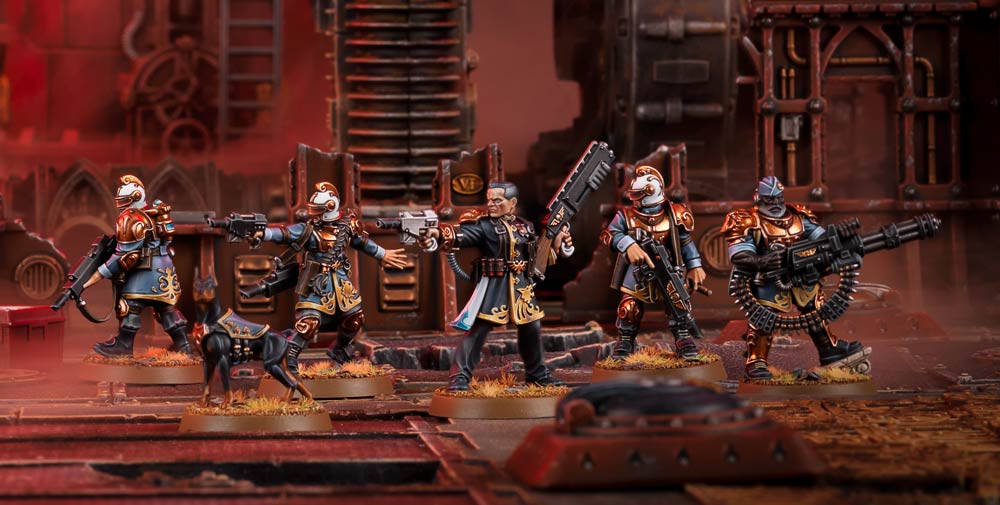 Rogue Traders spare no expense when it comes to personal protection, and Voidsmen-at-arms are amongst the best money can buy. Voidmaster Nitsch is like a hero unto himself, with a profile worthy of a senior officer of the Astra Militarum. His squad all come with BS 3+, providing accurate fire support, not to mention the killing power of Stromian Grell’s rotor cannon (which fires 4 shots at Damage 2!). Oh, and don’t forget their swift and loyal canid, Aximillion! 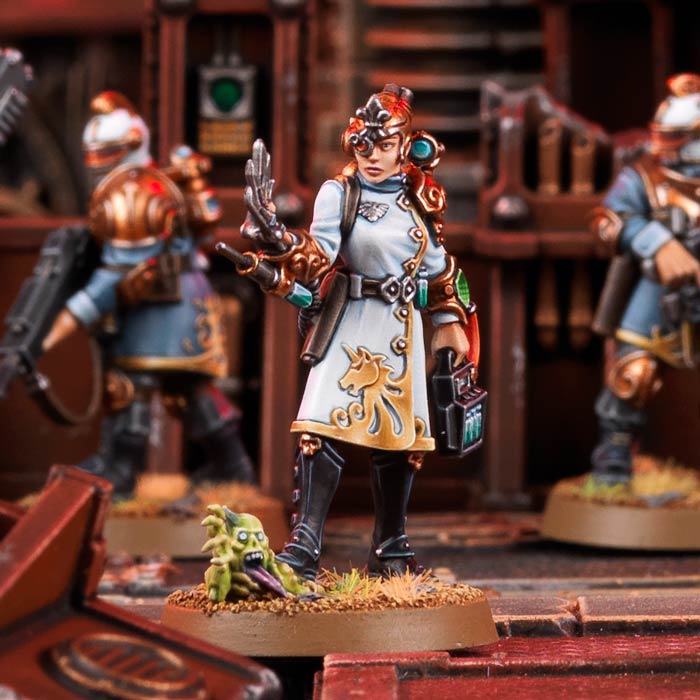 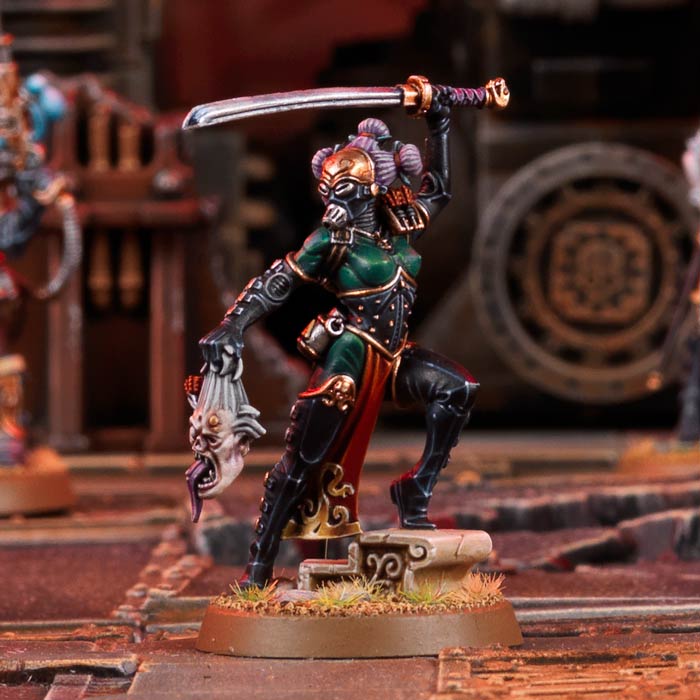 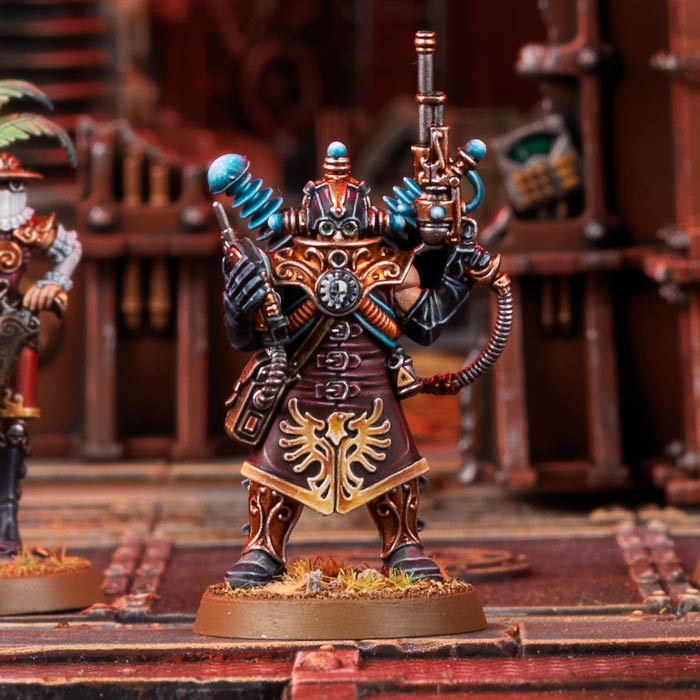 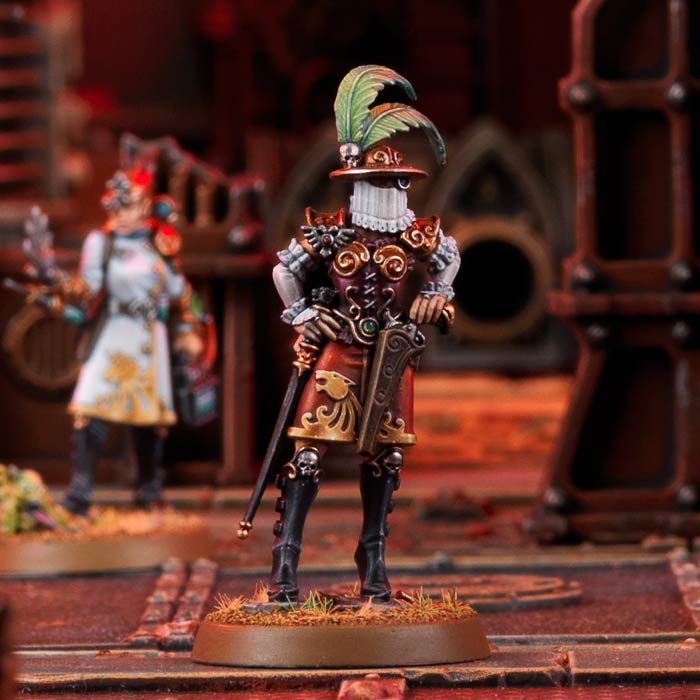 The beating heart of the Eludician Starstriders is of course the Rogue Trader herself. Elucia Vhane hails from a different class to her subordinates in that she is a Commander, complete with a vastly superior profile and access to a previously unseen specialism – Strategist. Not only that, but she can be upgraded to levels 2, 3 or 4 right from the start, and can be further augmented by traits such as Trader Militant, which grants her +1 Attack.

Elucia Vhane is a skilled combatant, equally at home sharpshooting with her heirloom duelling pistol as she is cutting down those that dare stand in her way with her trusty monomolecular cane-rapier, Blur. One of her greatest assets is the ability to use her Multi-spectral Auspicator Tactic, which enables you to re-roll hit rolls of 1 for any Elucidian Starstrider models within 6” of her for the duration of the battle round. 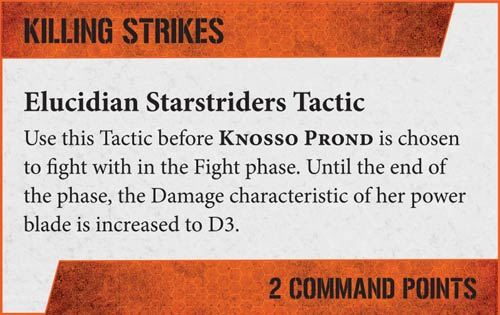 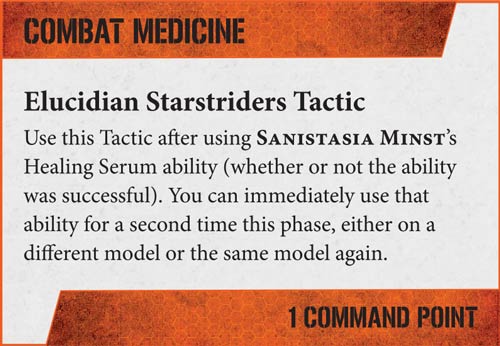 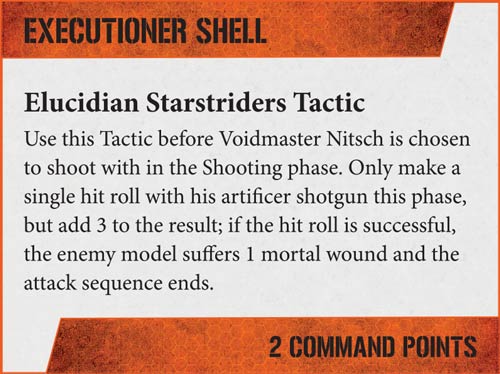 Note : This is so awesome, Kill team was already good but if we get special squads like this one added to the game it's Golden !!