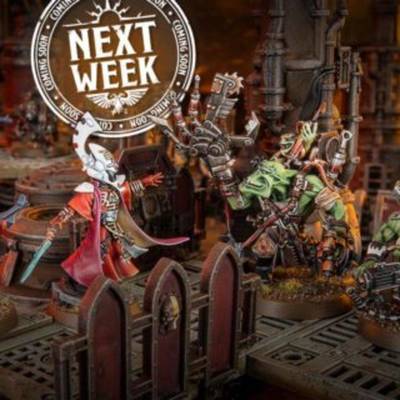 Next week, Kill Team is evolving.
In Kill Team: Commanders, you’ll be able to bring your choice of 41 – psykers, champions and lieutenants to the field of battle. 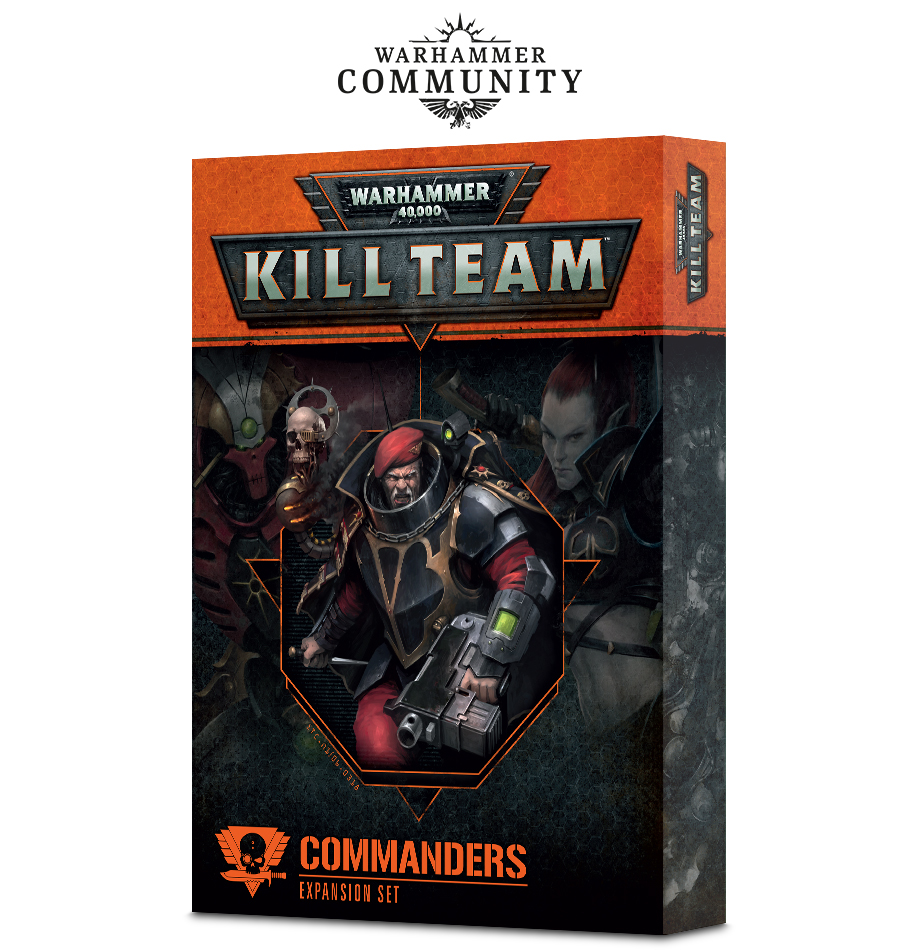 Commanders are a special kind of Kill Team unit, representing the very best of the best. Made up of everything from talented leaders to deadly solo combatants, each Commander is the equal of multiple ordinary troops. Commanders can be used in special open, narrative and matched play missions that allow higher points limits than ordinary games of Kill Team, enabling you to include a Commander alongside your normal kill team or field a larger kill team against them.

Every single Kill Team faction has a commander or two to choose from, with each drawing from a brand-new pool of specialisms, customisable traits and, in some cases, psychic disciplines. Unlike ordinary members of your kill team, Commanders don’t gain experience or level up – instead, you’ll be able to buy levels for them using points when you add them to your Kill Team, making them incredibly customisable. 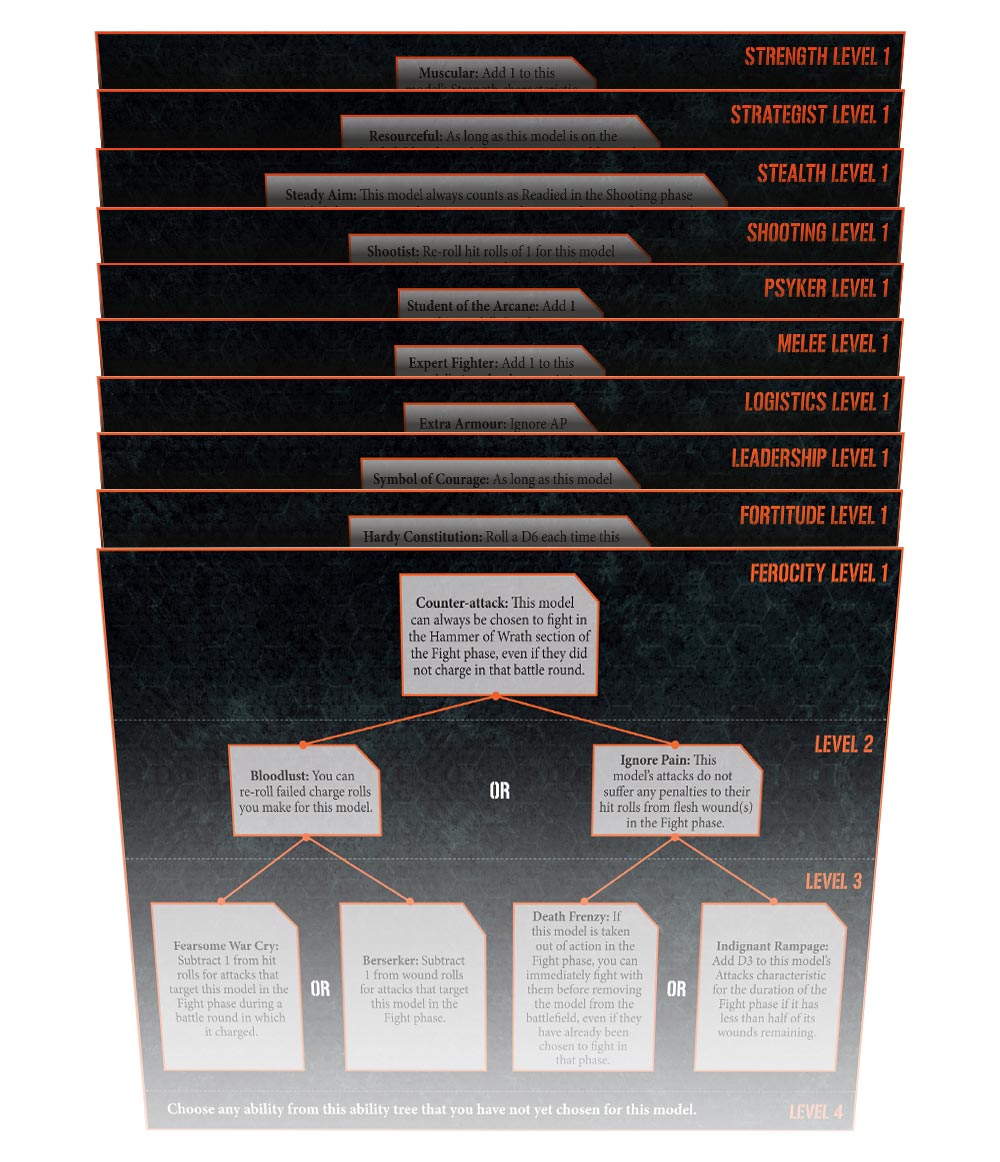 In the Box
Kill Team: Commanders is designed to let you bring true masters of war to your games, ranging from inspirational Commissars who enhance your fellow troops with aura abilities to deadly Genestealer Cult Patriarchs who are almost as powerful as an entire kill team by themselves. 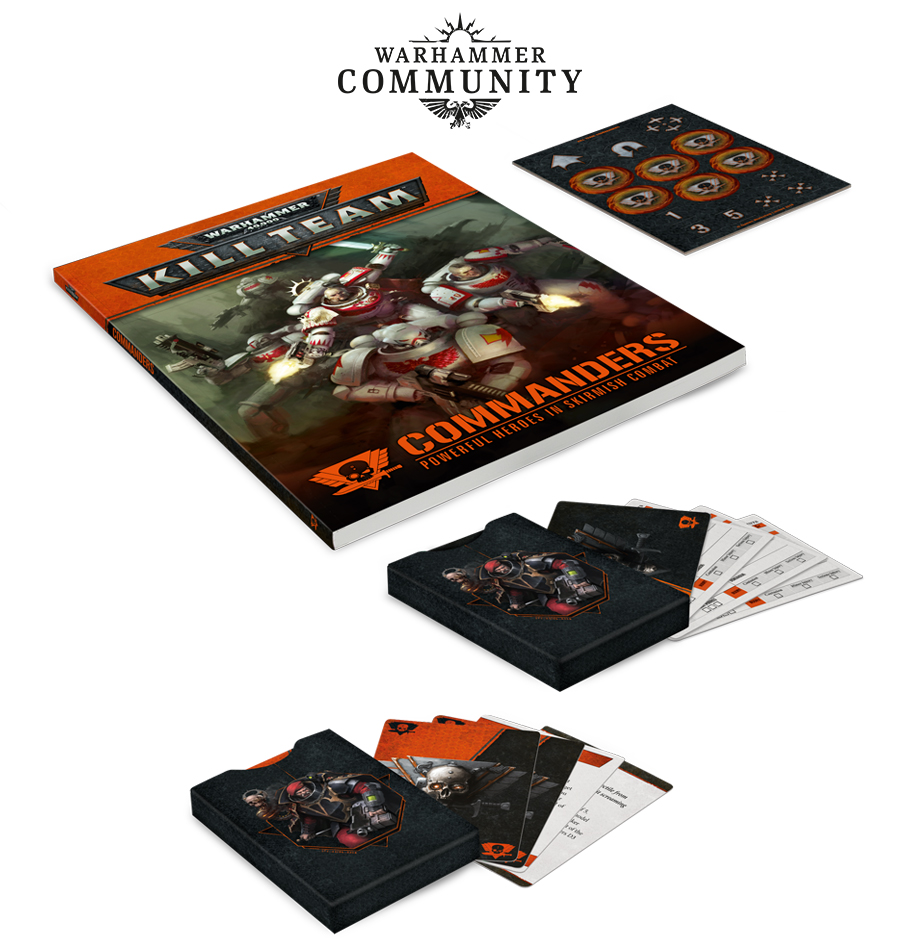 This expansion features new missions, an expanded Psychic phase and Warhammer 40,000’s deepest character customisation system ever, letting you create the Commanders YOU want to game with. Is your Primaris Space Marine Captain a cunning leader, or a bloodthirsty front-line warrior? Is your Broodlord a stealthy stalker or a peerless psychic horror? New specialisms, optional traits and more let you decide. 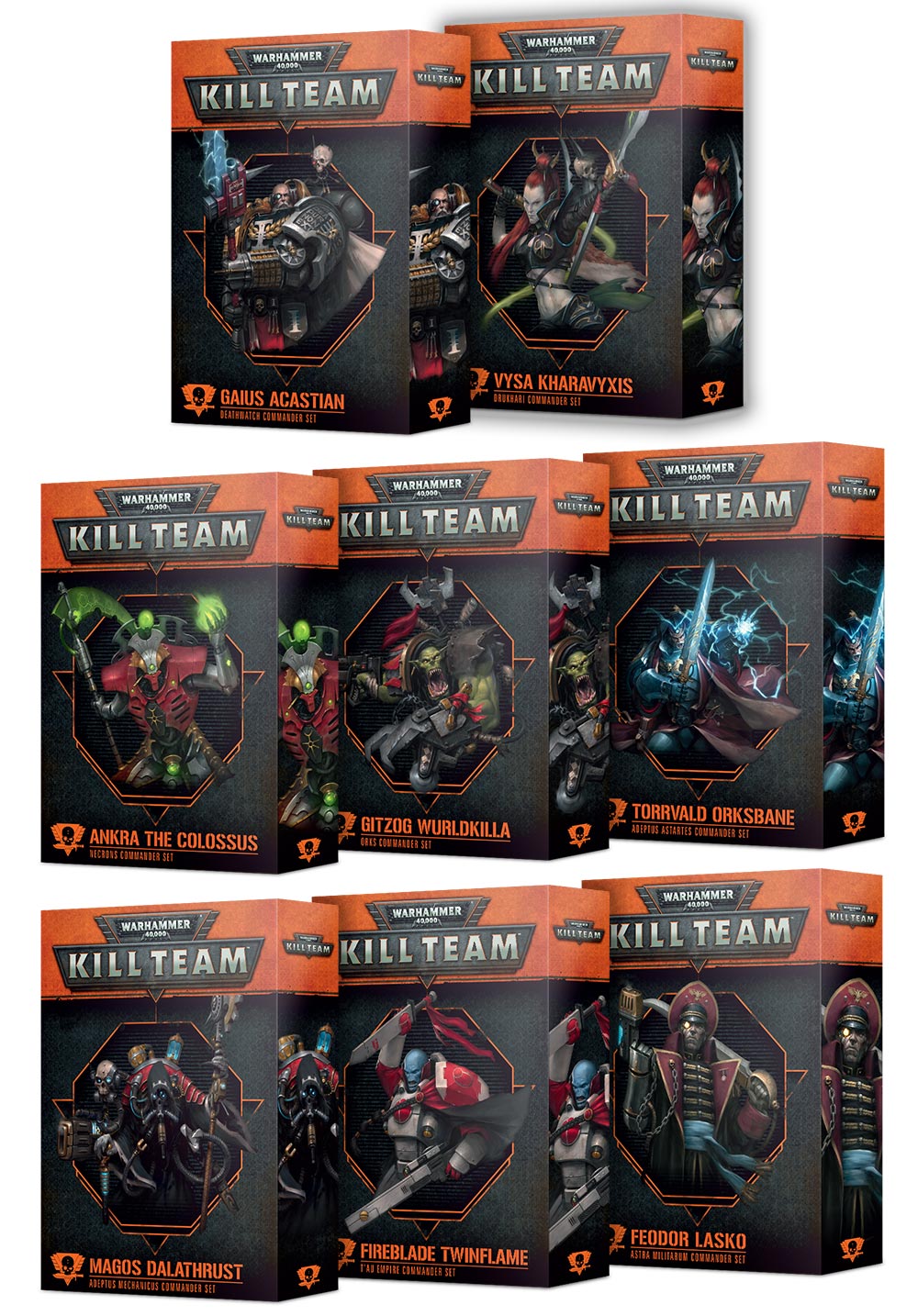 You’ll also be able to pick up eight special Commanders for your team with a host of new expansions. Each contains a named Commander, plus a special skill tree that only they can use, lore, and Faction-specific tokens, giving you even more options to play with when building your roster.