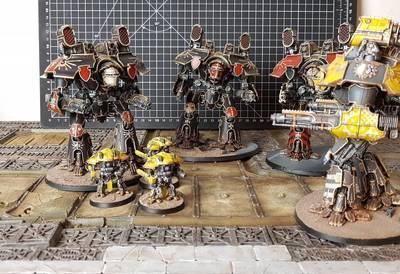 Just want to share my recently finished Warlords of Legio Mortis. I'm still waiting for transfers and weapon options, but besides that they are done - hope you like them! 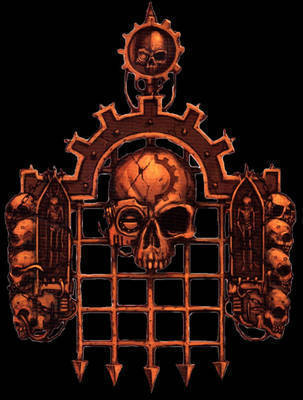 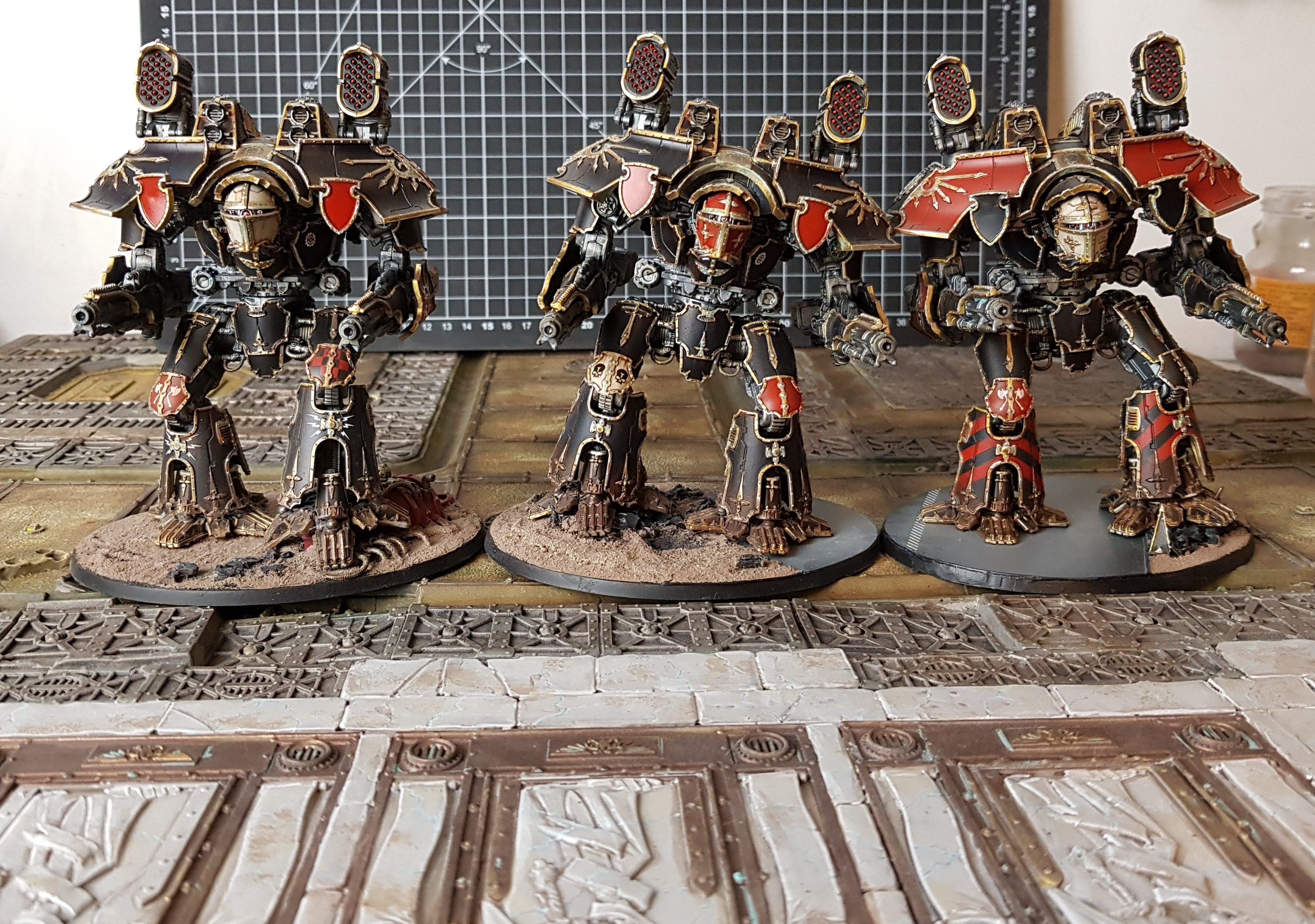 The name of the Legio Mortis was feared and distrusted by many within the Imperium long before the betrayal and horror of the Horus Heresy was to unfold. Originating in the pre-Imperial Age of Strife the Legio Mortis was, according to the legends of the Martian Lexmechanics, one of the "Triad Ferrum Morgulus" -- the three originating Titan Legions created by the besieged Cult Mechanicum during the bloody wars to take back the Red Planet from the degenerate hordes of Cy-Carnivora and mutant scavers that had overwhelmed Mars after the fall of the first human interstellar civilisation. As was recorded in the iconography of their seal, the purpose of their creation was two-fold: firstly, to stand sentinel at the gates of the Fabricator-General's domain as tireless guardians, and second, the annihilation of all life that would threaten the Machine Cult. As such, the Legio Mortis served as both sentry and exterminator. Grim, dour and secretive, the Legion had gained a dark repute during the conquest of Mars as merciless and sinister that would only grow as the centuries passed, and it is now lost in time whether they gained their common name, "Death's Heads," from their iconography, the ritual onyx skull masks and sable robes their Princeps wore, or their long practice of arraying the skeletal remains of those they had slain across the armoured pediments of their war machines as trophies.

Bound they were by rite and tradition in personal loyalty to the office of the Fabricator-General of Mars, and many times were they used both against his enemies in war (for Mars was not truly pacified until the coming of the Emperor), and as a weapon to maintain his authority among the Fabricator-General's own and punish recalcitrant Magi and even other Titan Legions when needed. This history garnered them few friends or allies and their long standing rivalry with their fellow members of the Triad Ferrum Morgulus, most notably the Legio Ignatum, and their contempt for the "upstart" Titan Legions of other Forge Worlds than Mars was well known. 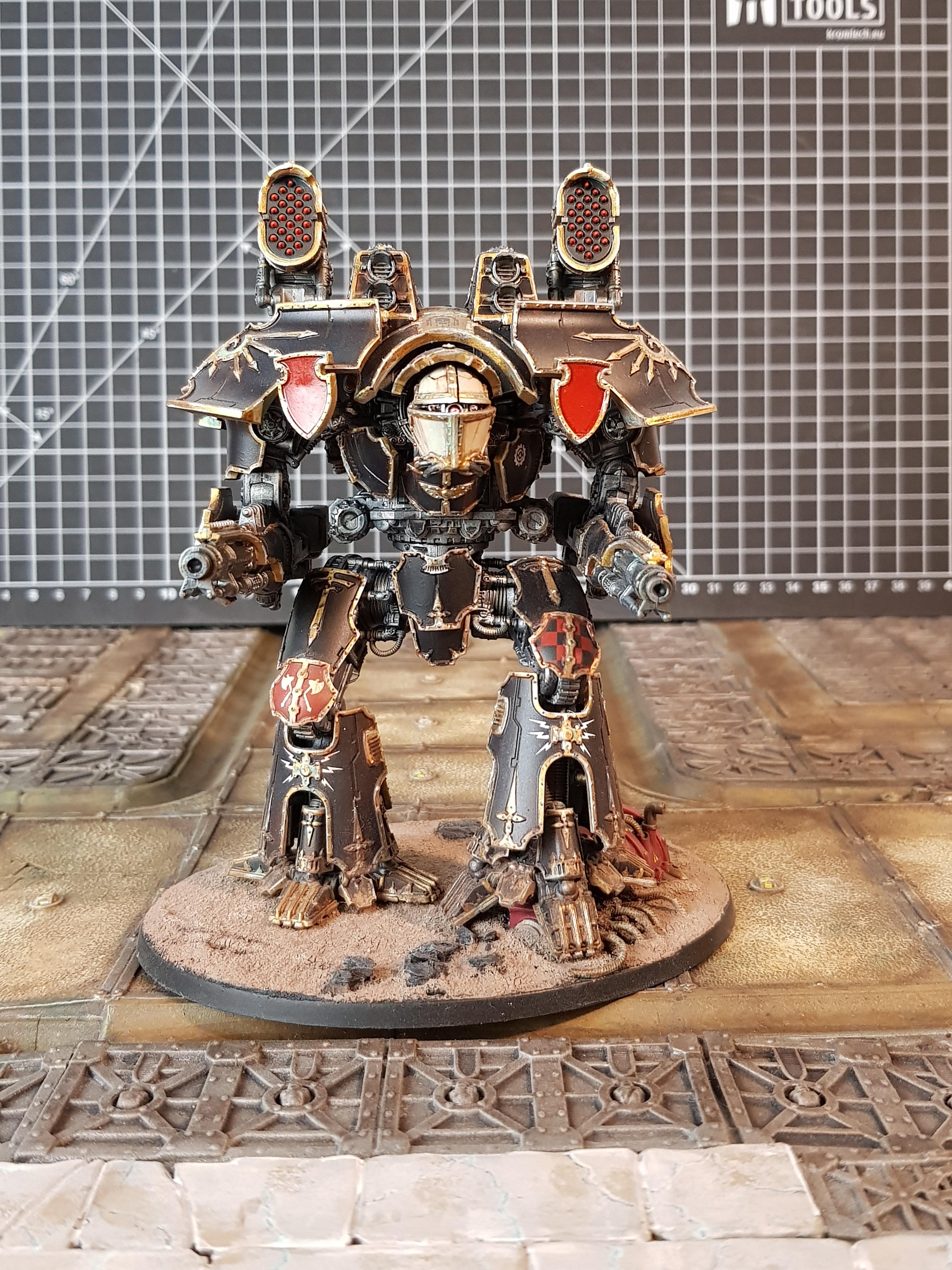 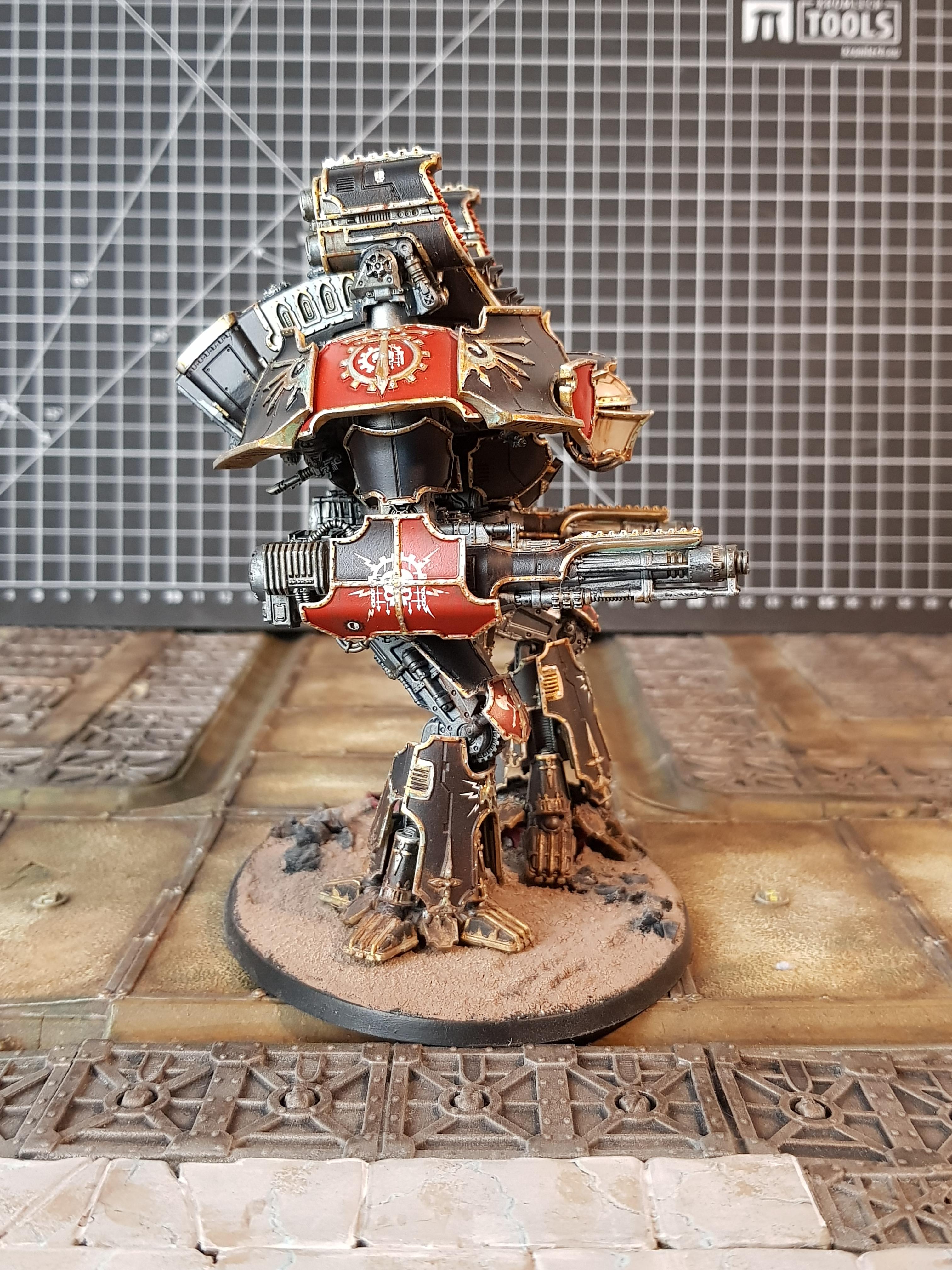 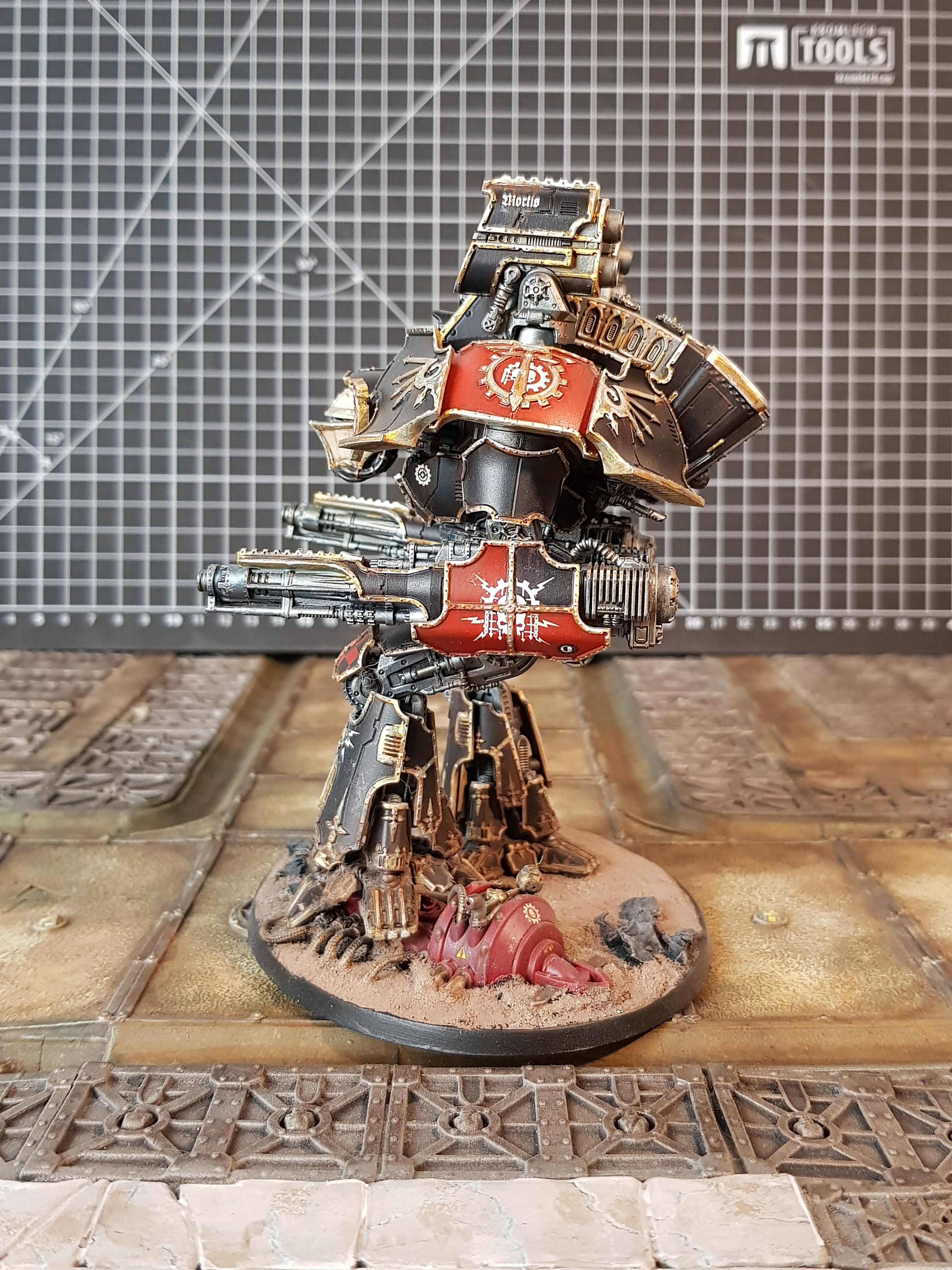 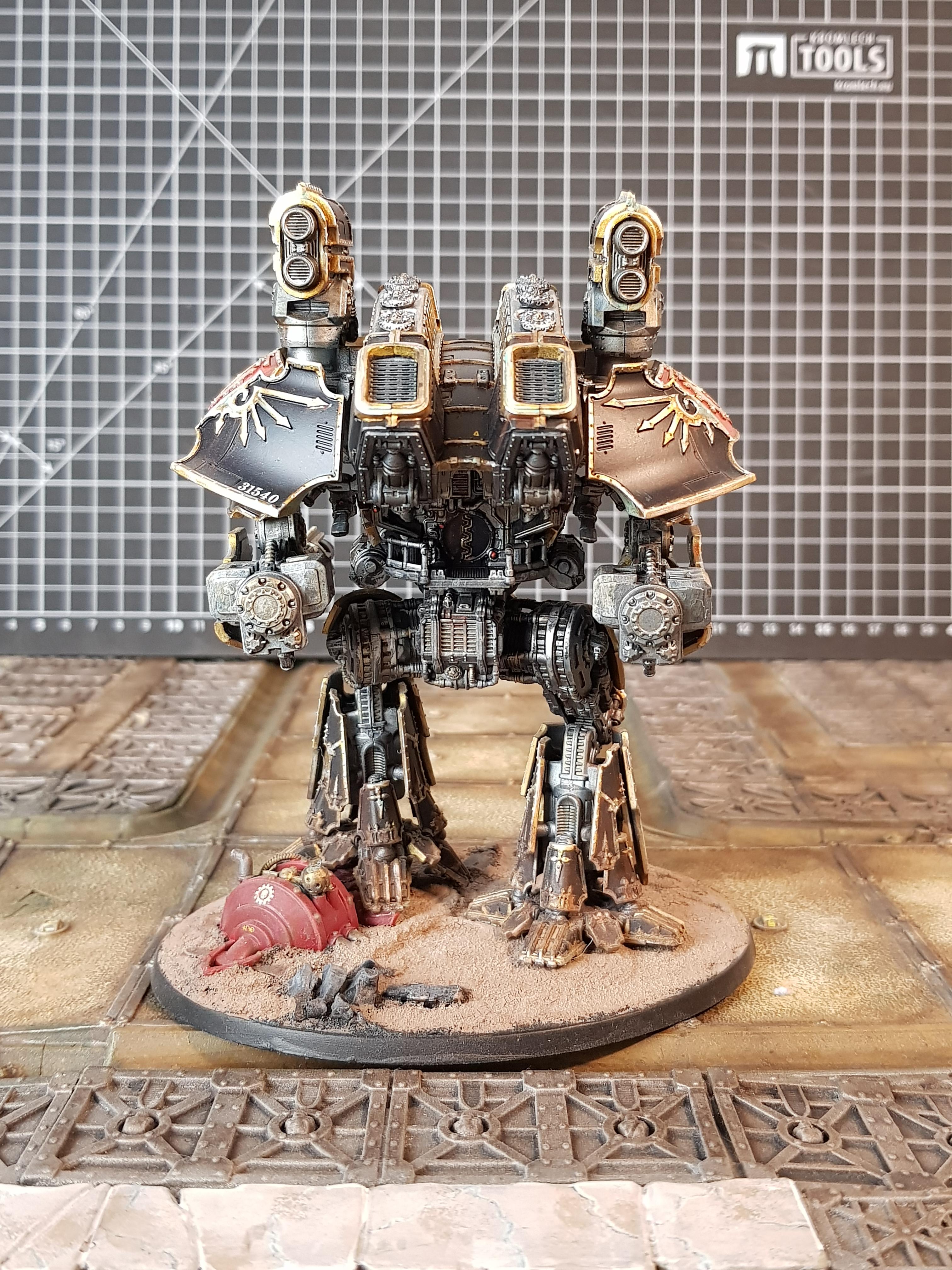 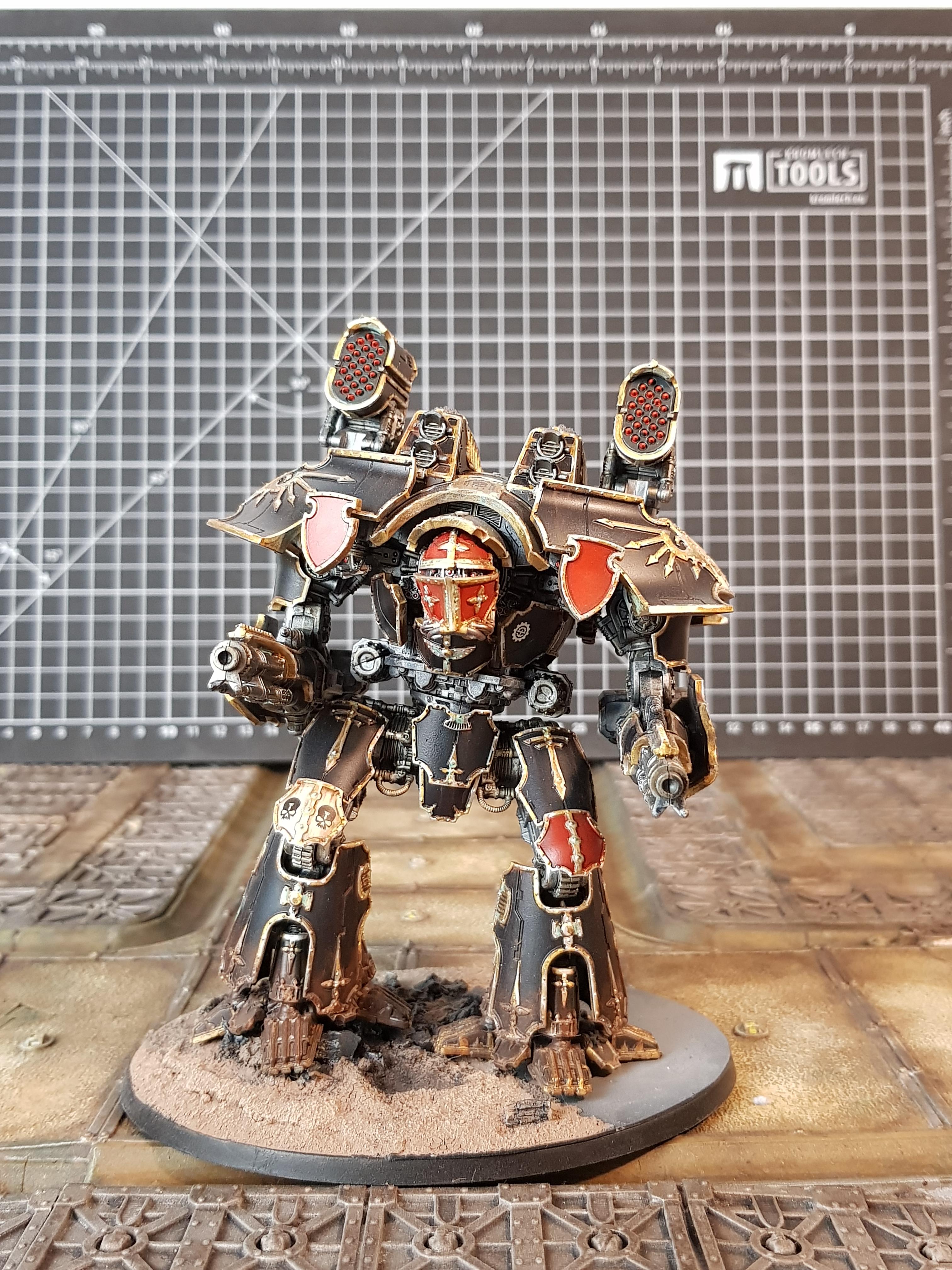 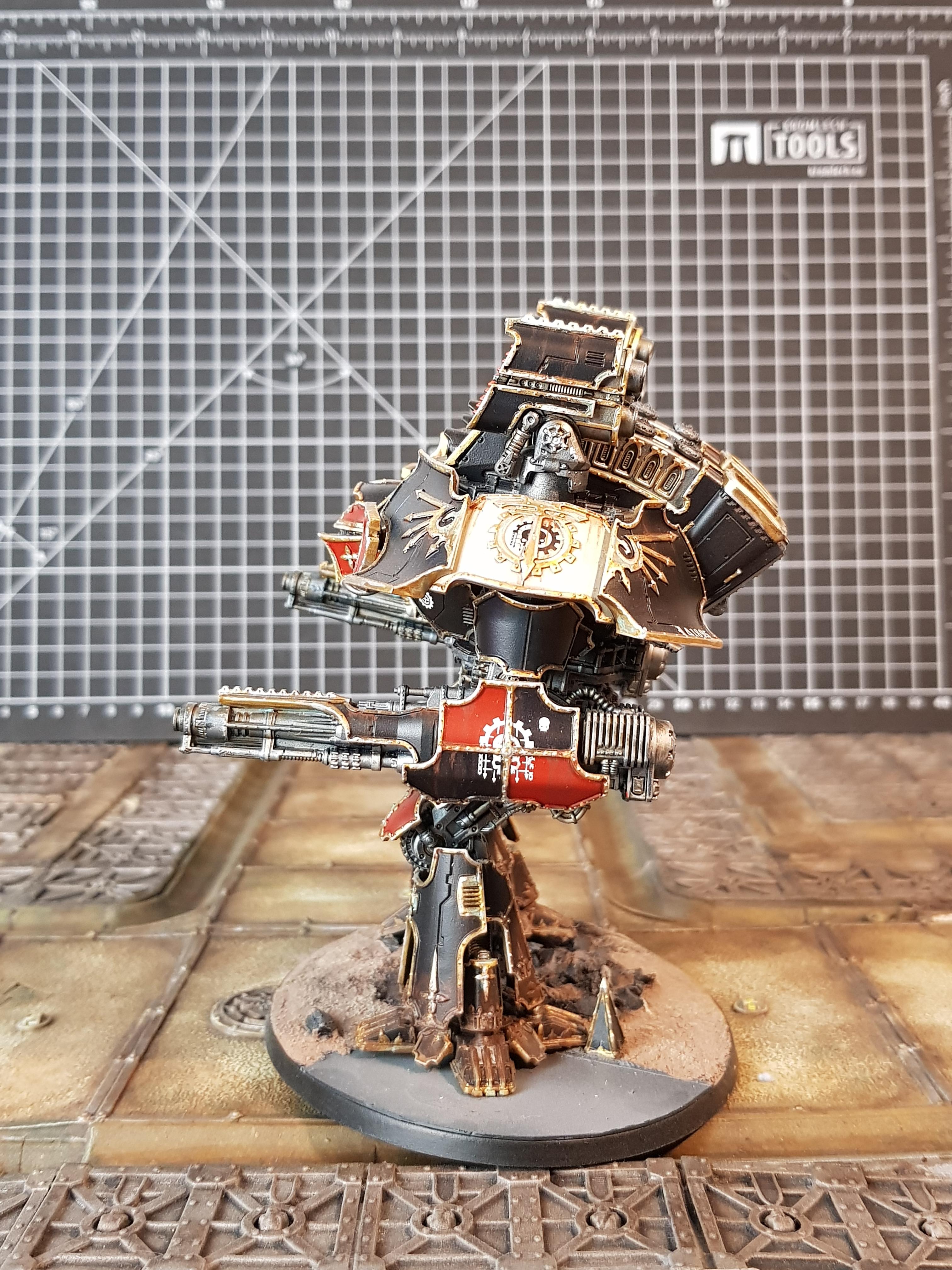 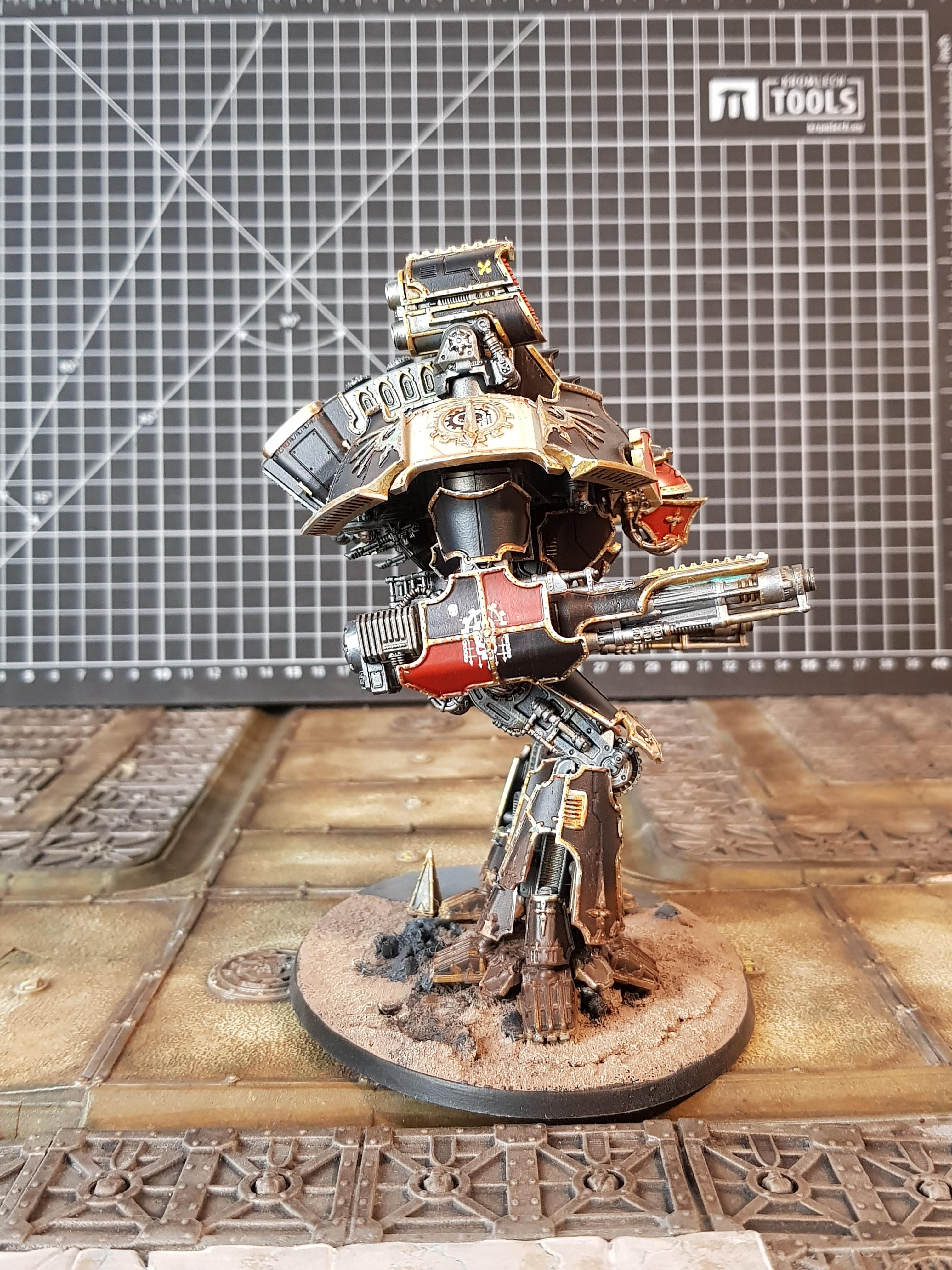 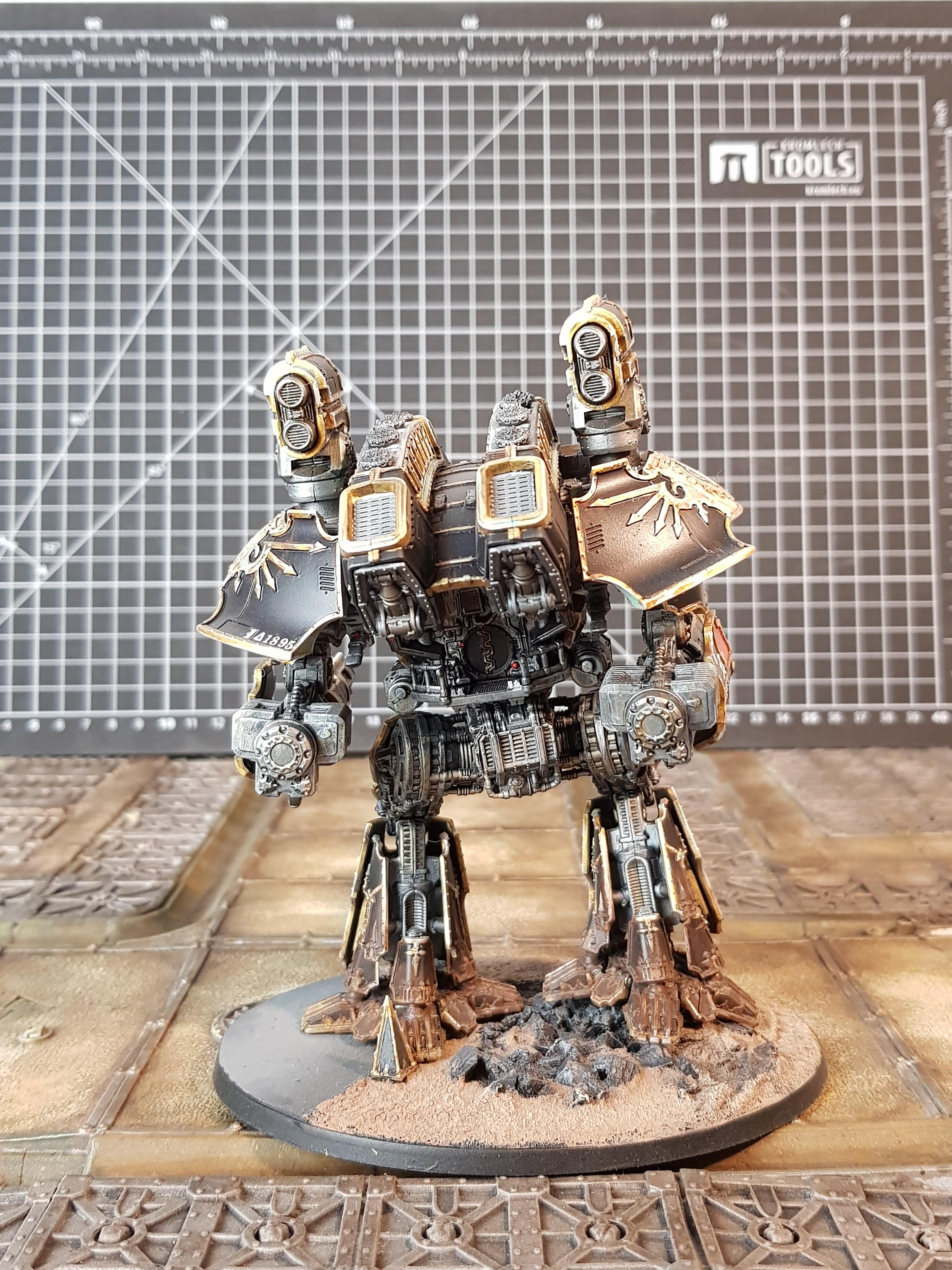 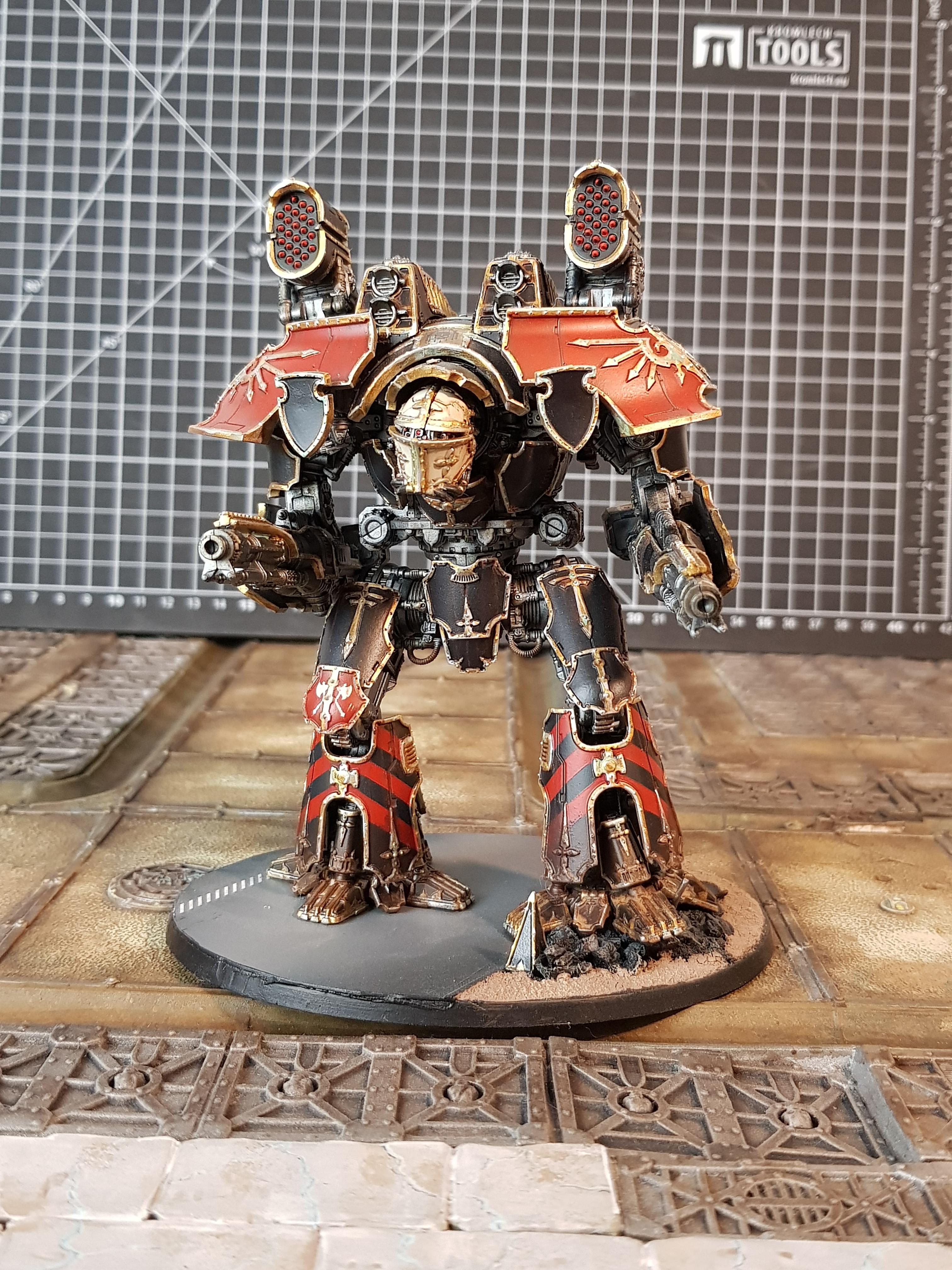 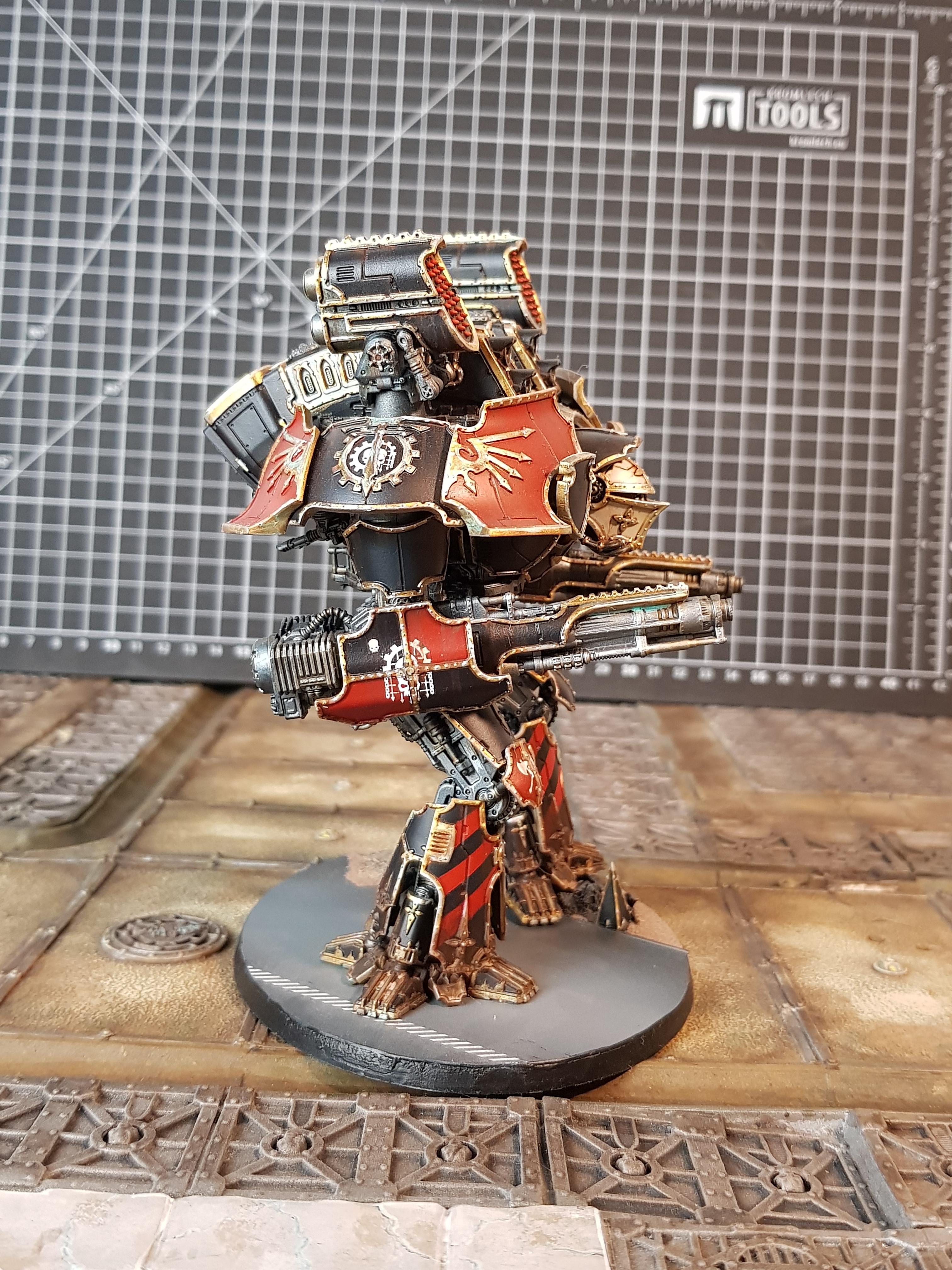 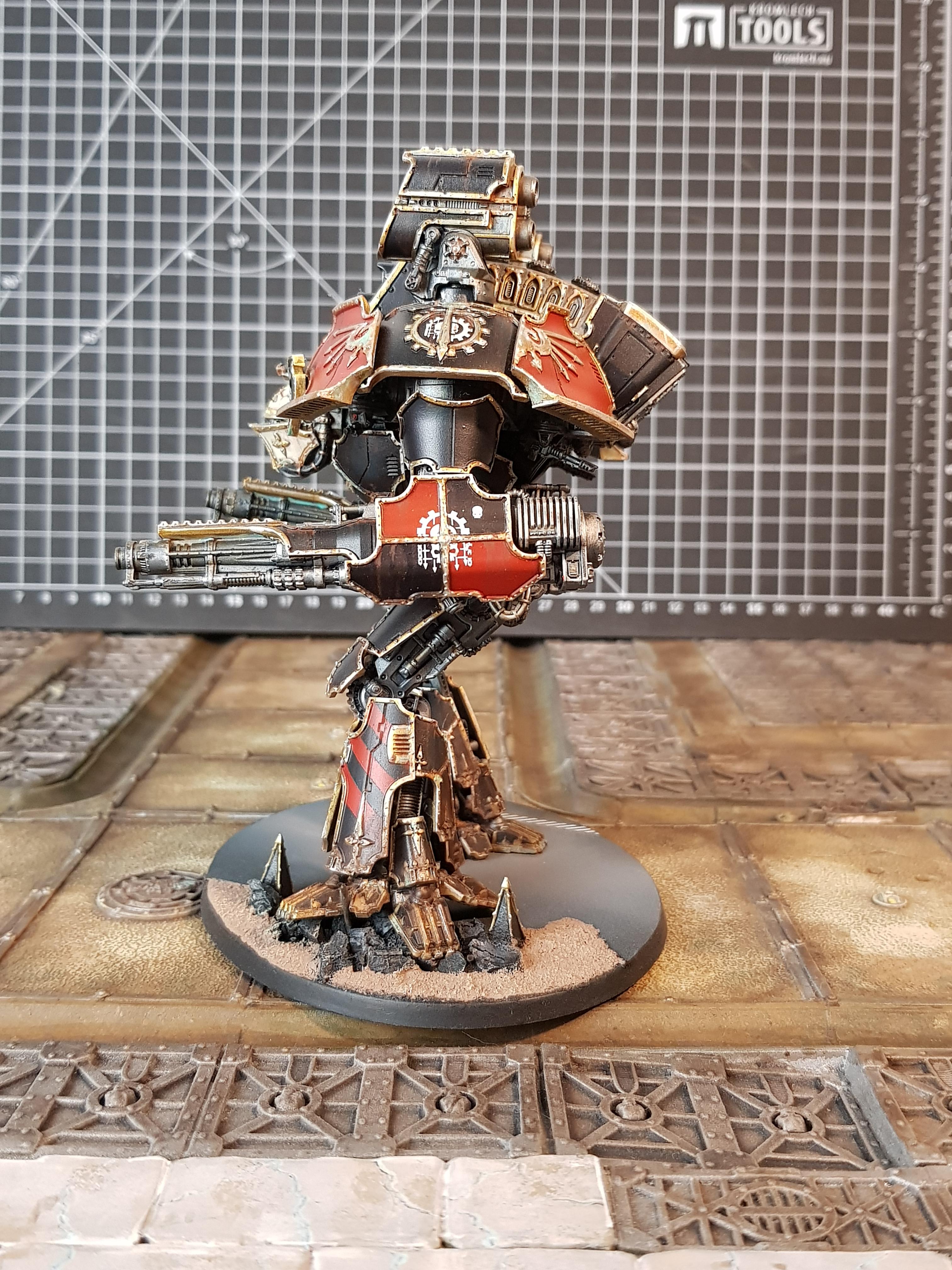 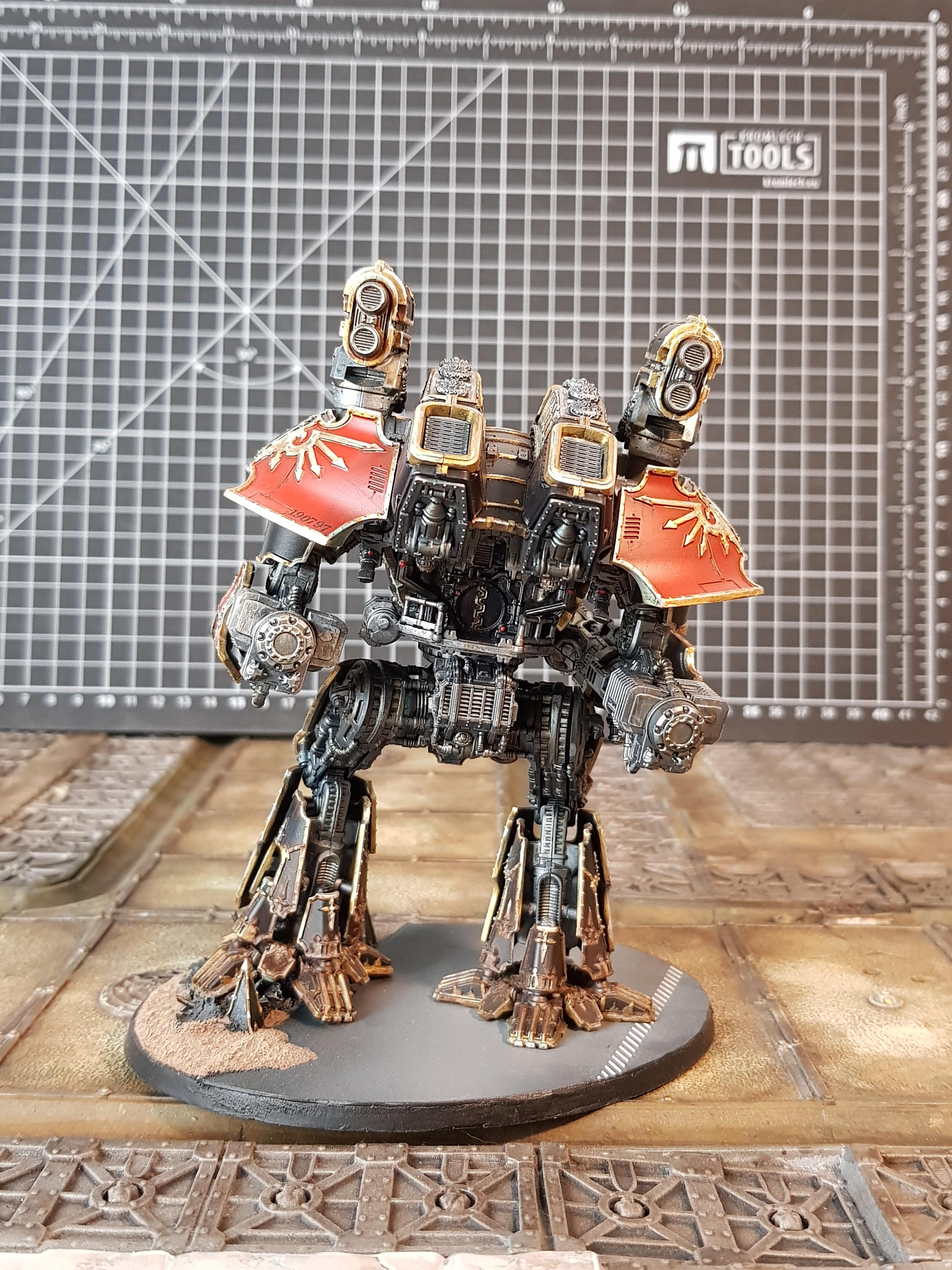