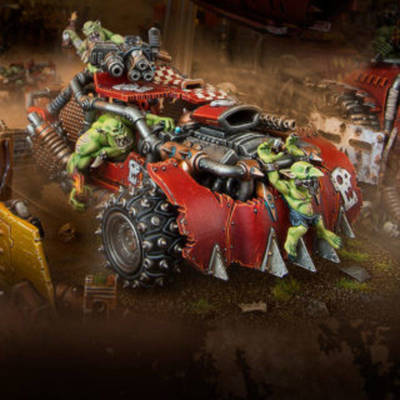 The new Codex: Orks is nearly upon us (2w) – and we reckon that if you’re anything like as excited about it as us, you’ll be starting a new army with it.

This codex offers all sorts of possibilities when building your lists – as well as the classic “Green Tide” of boyz, you’ll find Dread Mobs, armoured columns or anything else you can imagine will be pretty powerful. In fact, if you’re grabbing the Speed Freeks set this weekend, you’ll be well on your way to a pretty cool list! 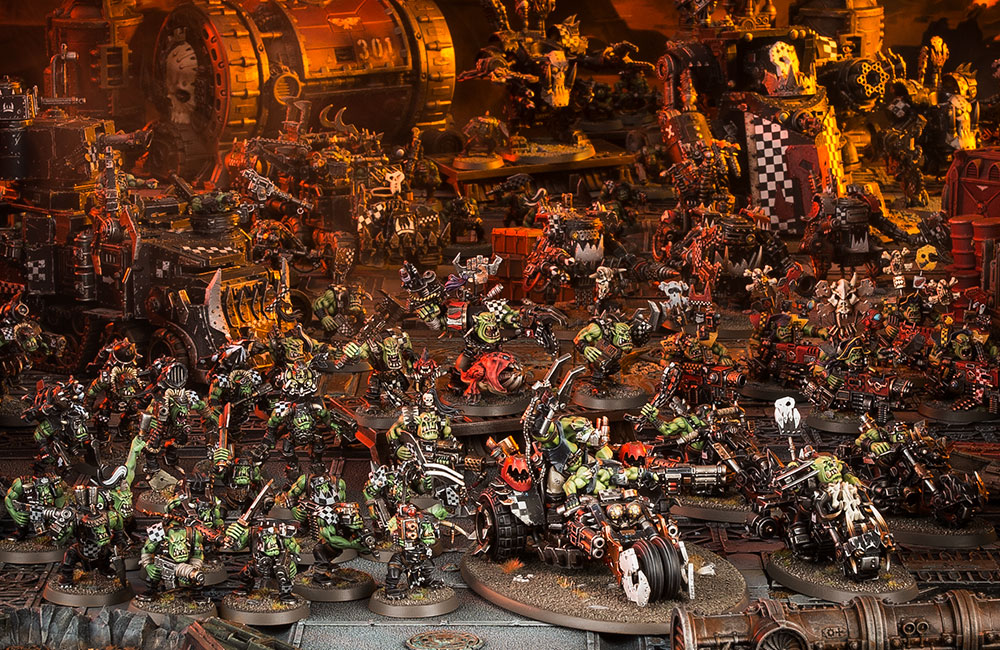 To help you find your footing (and, just between us, to give you a sneak preview of some new Power costs from the new codex), we’ve written a nifty list designed to make the most of the Speed Freeks – if you’re looking to learn more about how they play, you can refresh your memory with our in-depth preview from yesterday.

We’ve built our list using Power rather than points for the sake of convenience. If you’re looking to build a matched play force, this list comes to about 2000 points, so shouldn’t need much adjusting. 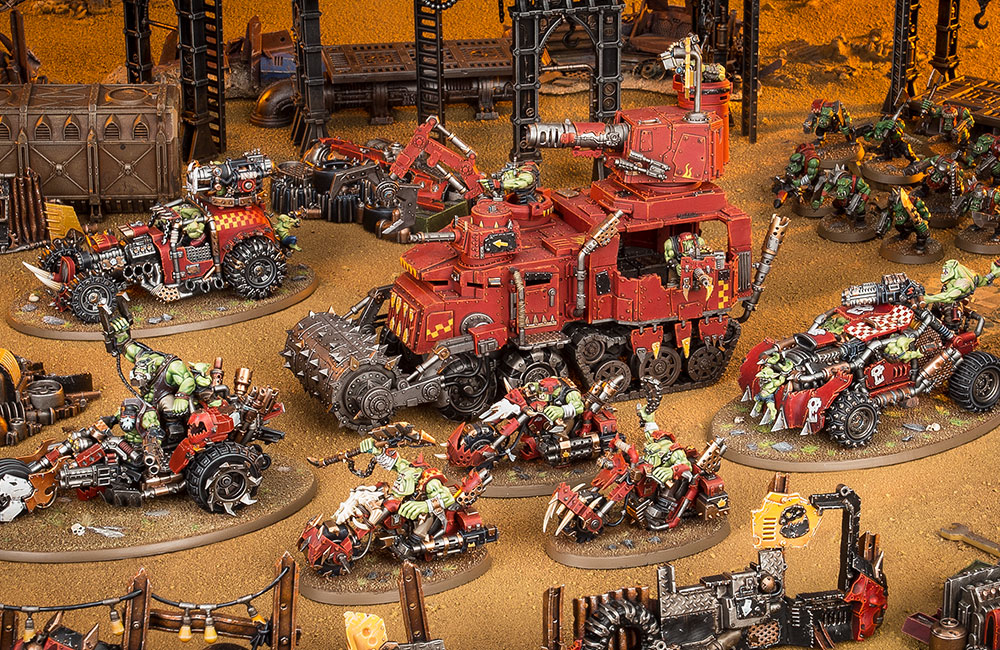 The core of any Speed Freeks list is a Deffkilla Wartrike, giving you an HQ that can keep up with the rest of your vehicles AND offer them some handy bonuses, not to mention that they’re brutally powerful combatants in their own right. As such, we’ve picked two so you can spread your aura abilities around as effectively as possible.

A Big Mek of your choice never goes amiss in a Speed Freeks army, letting you keep your favourite Vehicles fighting just a little bit longer. 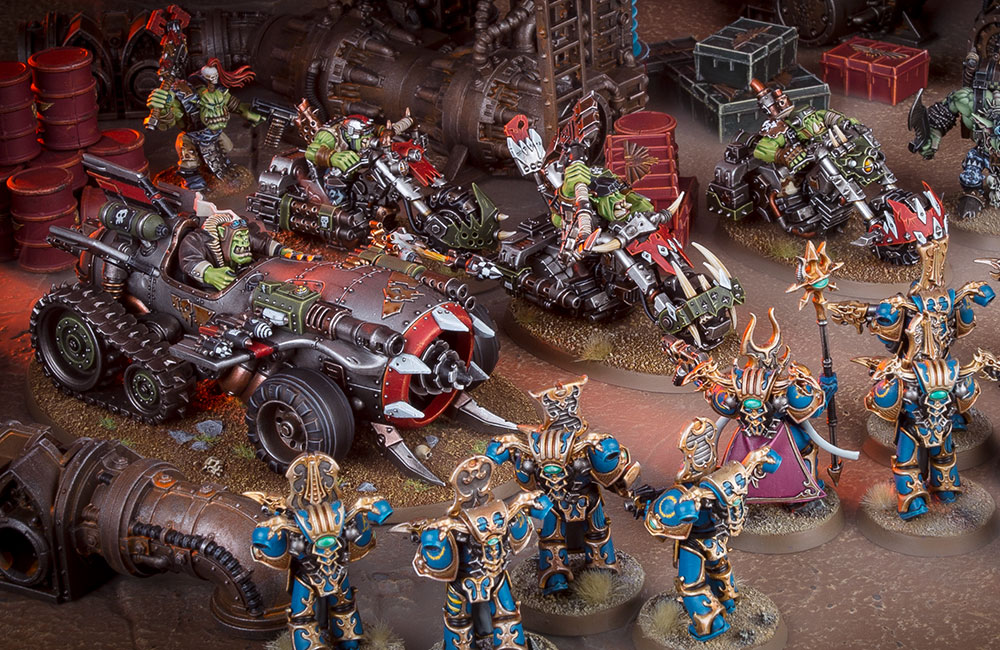 This is the meat of the army. For fun, we’ve picked one of every new Ork Vehicle – this will give you loads of flexibility and allow you to tackle pretty much anything your enemies can throw at you. Of course, you’re free to focus on your favourites when writing your lists – an attack wing of Megatrakk Scrapjets or a convoy of Rukkatrukk Squigbuggies would be just as powerful!

We’ve also added a couple of units of Warbikers. These guys are still really handy in an Ork army and come in the Speed Freeks set, making adding them in a no-brainer. 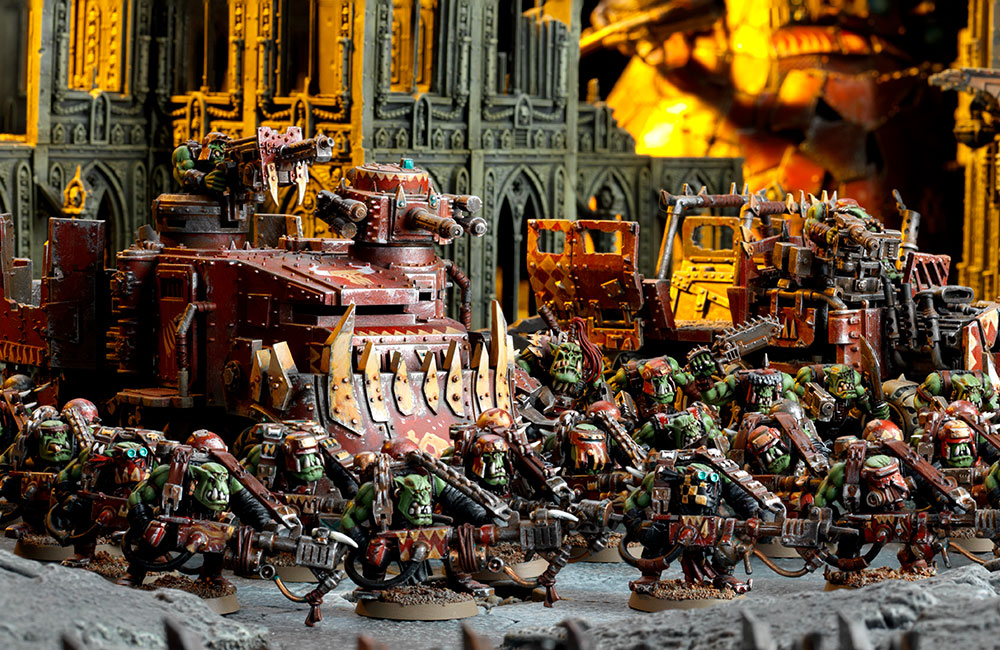 Whether or not you use Troops in a Speed Freeks army is up to you! We’ve added a few units of Trukk-mounted Boyz into this list to hold objectives and give you some additional Command Points – with so many new Stratagems in the Orks codex, it’d be a shame not to use them.

From there, we had about 29 power (roughly 600 points) left and added a few nifty units that mesh really well with a Speed Freeks army. The Morkanaut is an absolutely brilliant choice for any armoured Ork army – keep yours at the centre of your convoy, and it’ll shield anyone nearby with its kustom force field. From there, we loaded up the Morkanaut with some Nobz (armed with your choice of weapons) and a Nob with Waaagh! Banner. The latter is cracking for getting some more attacks out of powerful close-combat Vehicles like the Megatrakk Scrapjet.

Fancy building this army for yourself? Speed Freeks is the perfect way to kick it off – make sure to pre-order your copy this weekend!