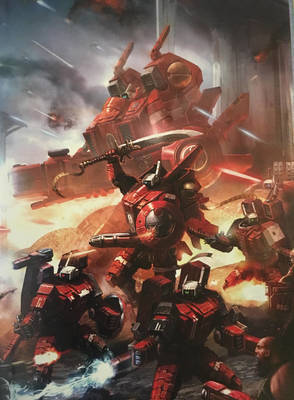 Second review of the day with "The Eight" it's a 8 man commander detachment included in the CA 2018.

The Eight are the greatest champions of the Farsights Enclaves, led by non other than Commander Farsight himself.
The Eight take to the battlefield as one, a band of fearless warriors piloting some of the most powerful Battle suits the T'au have ever created.

This is a formation of 8 suits (farsight, 6 crisis commander, 1 Broadside, 1 riptide) + 14 drones

Heroes of the enclaves

To me it's the most interesting part of the formation, each one of there is a hero with some cool background. Being able to play a Gundam cast is such a cool idea ! even if i never really like the T'au i want to try this one ! 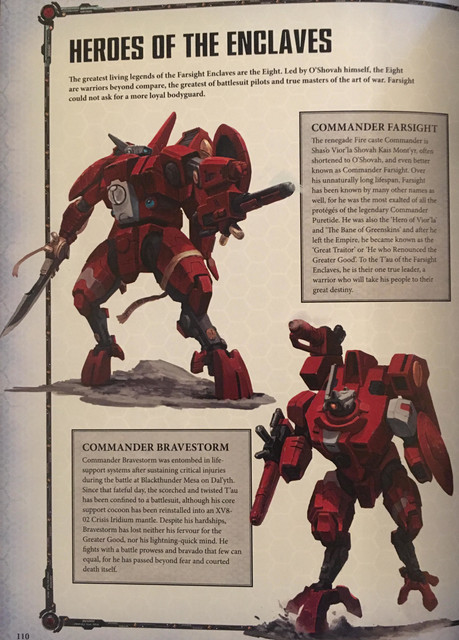 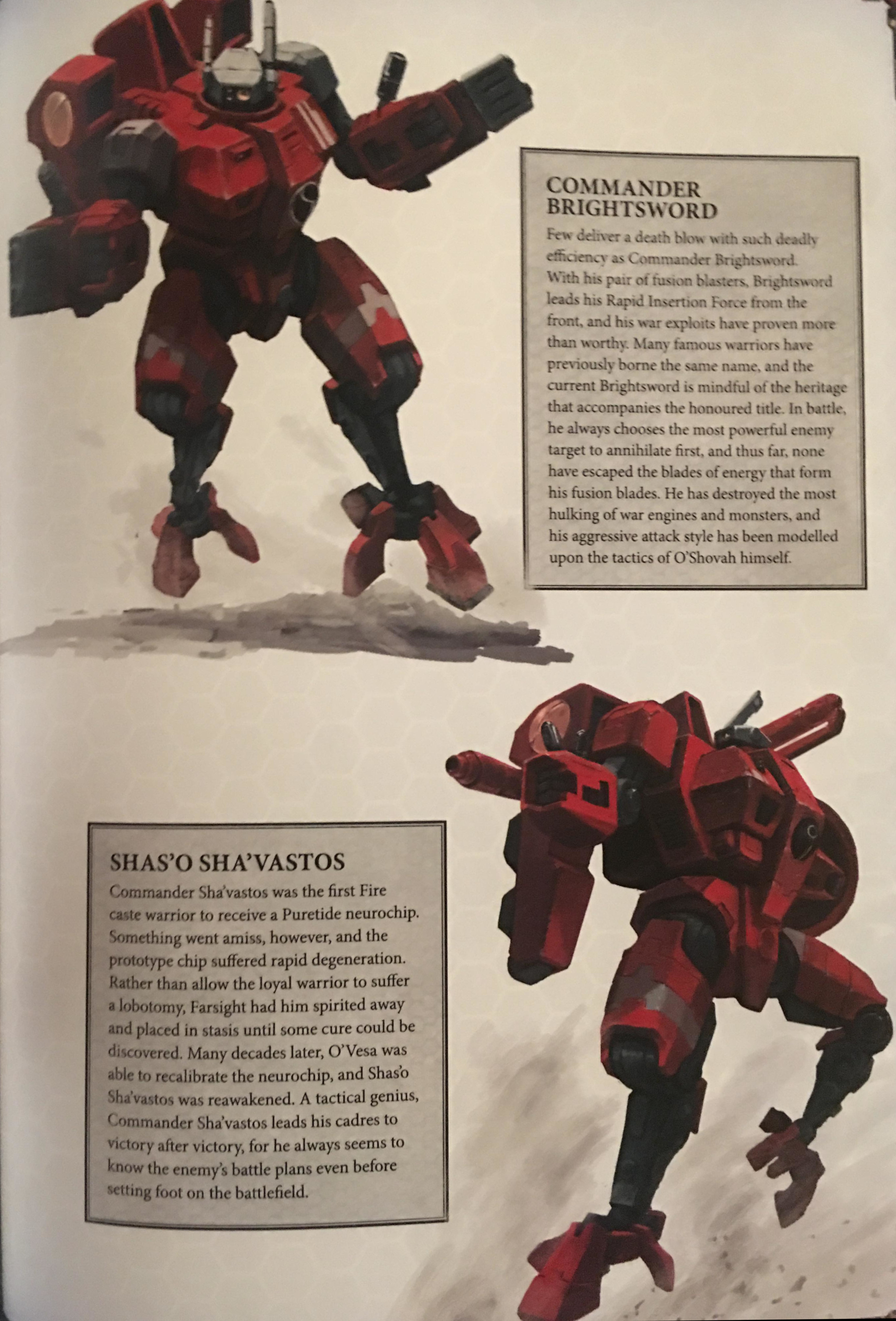 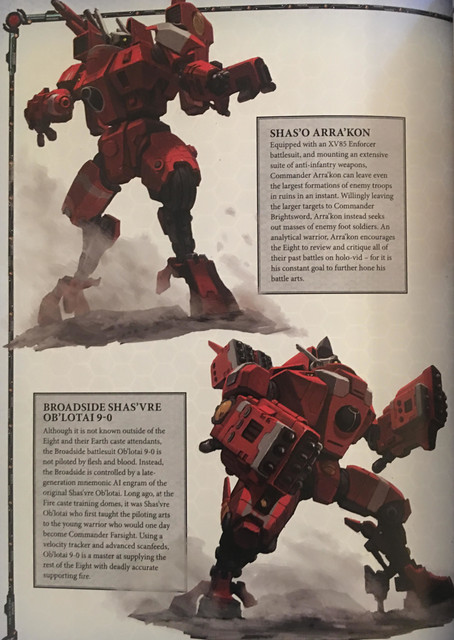 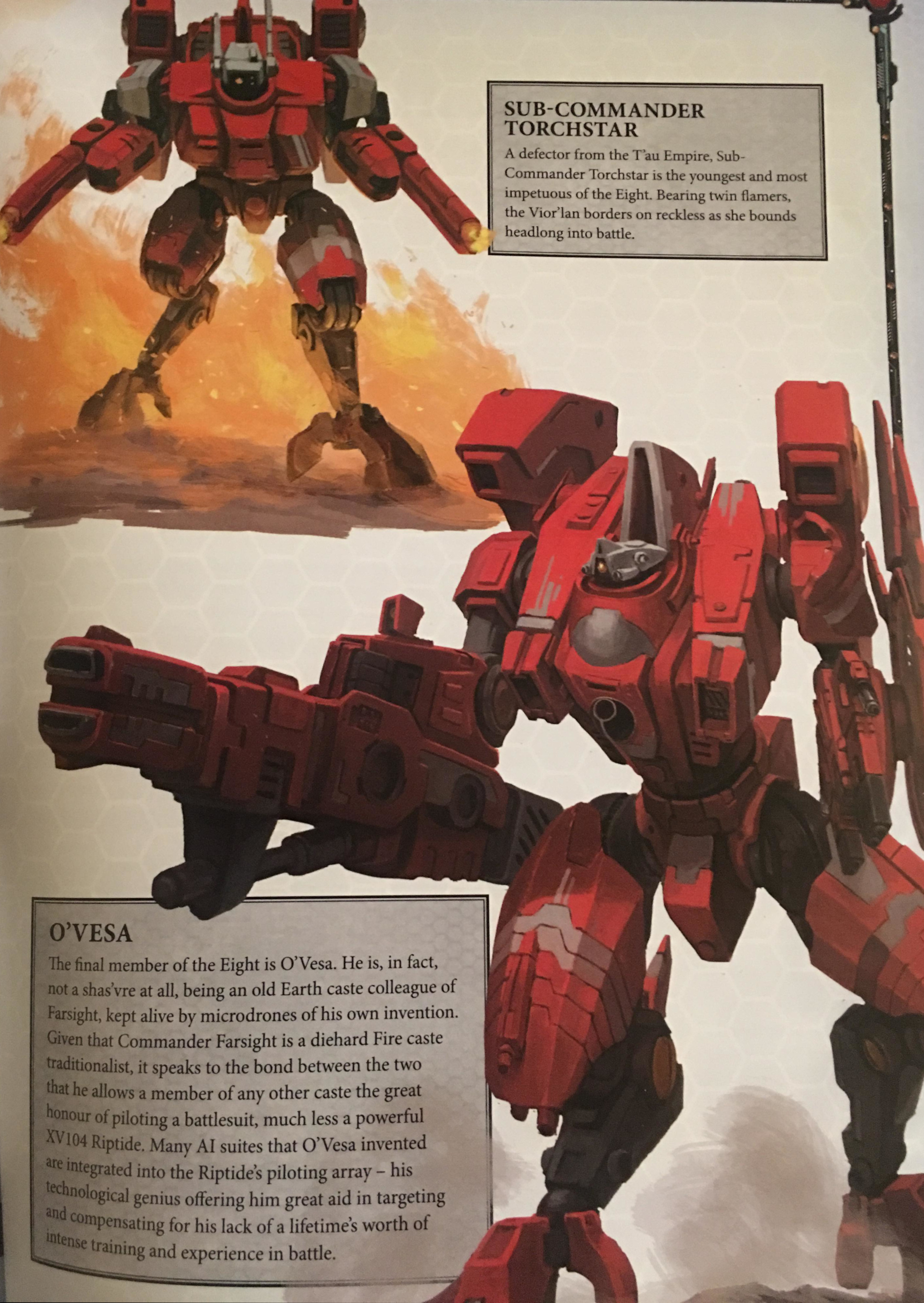 Using the Eigth in battle

-Must use a Super Heavy Auxiliary with -3Cp and no extra signature system.
-Farsight must be commander and get "Hero of the enclave" trait (heroic intervention with 6" range and reroll attck on charge/charge/HI)
-You get 8 models and 14 drones for a bit more than 1100 pts !
-Master of War rule with "Farsight Enclaves" (you can use Kauyon one extra time per battle)
-Sept Tenet : Reroll wound roll of 1 for ranged attack within 6" of the target.
- Savior Protocol : drones can take a wound instead of target (2+)
-Crisis sized suits can Manta strike.

Look like a fun detachement but i am not sure it's going to be effective on the table. I am not sure there is enough shooting for the price but i hope i am wrong !

My only rant could be the display of the rules everything is cramed on 3 pages it's hard to ingest !