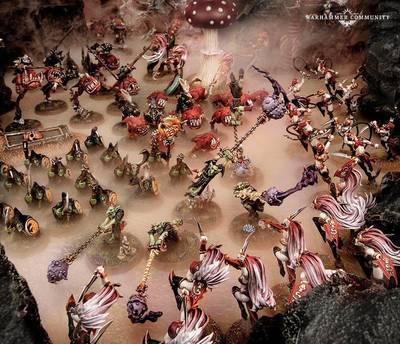 Another article on Gitz from WHTV, it's an interview of Ben Jefferson from Studio.

To learn more, we sat down with Ben Jefferson from the Design Studio, for insights on how the Gloomspite Gitz were made, the concepts and directions that informed their final look, and more interesting tidbits

Like with the Nighthaunt, we wanted to expand some iconic models from a larger range into a fully-fledged faction of their own. The classic Night Goblin has always been one of Warhammer’s most evocative images, so it was the perfect place to start. John Blanche, Seb Perbet and Tom Harrison helped us with the early concepts and mockups, and we wanted to capture some of the whimsy and magic from early Warhammer art.

When designing the Gloomspite Gitz, we had three main things tonally in mind for their culture:

The culture of the Gloomspite Gitz is purely shamanistic – and so rather than having engineers, or generals, or more logical or mechanical characters, instead, they’ve got a huge variety of witch doctors and magic men.

Their culture is based around fungus – as a food, as a currency, and even as a weapon.

Their culture is also based around squigs. We wanted to respect the classic Cave Squig while inventing loads of new sentient fungus and cave-dwelling creatures.

And i think they did a super job with the Tome. 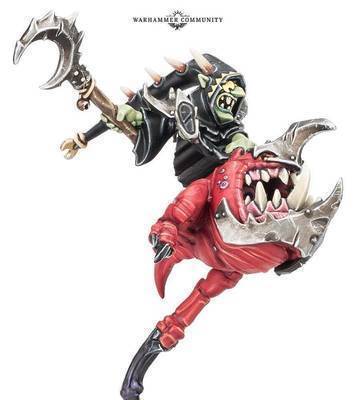 Yea armored units of Squig riders are a thing now ;) (and wait to see the Truffle one ^^) 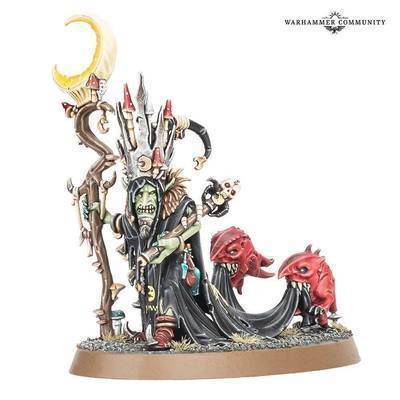