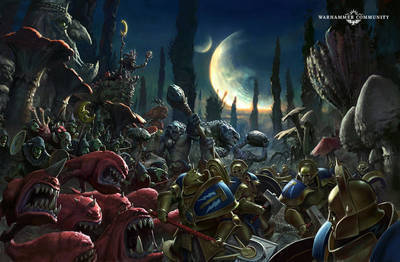 First preview of the year for the Gloomspite gitz !

Battletome: Gloomspite Gitz combines the Moonclan Grots, Spiderfang Grots, troggoths and gargants into a single army list. Each sub-faction maintains its unique flavour and character, but you’ll be able to mix and match units from each without losing your allegiance abilities.

There is one huge ability the Bad Moon : 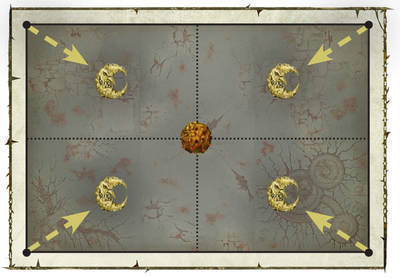 The Bad Moon is the allegiance Ability of the army, it grants different power to each unit and some units get affected by multiple one, for example, a wizard and general get both!


At the start of the game, you’ll pick a corner of the board for the Bad Moon to start in. Starting from the second battle round, it’ll begin to move from one corner to another – offering enhancements to Gloomspite Gitz units that are wholly within the board segment it’s currently shining on.

ps: The King allows some control over the moon!

Enemy Units anywhere on the board are bombarded with meteors from the Bad Moon, and take damage.

Gloomspite Gitz Wizards under the Bad Moon get +1 to their casting rolls, while all other wizards get -1.

Gloomspite Gitz Generals get an additional command point in each hero phase they’re under the Bad Moon.

Squigs under the Bad Moon can advance and charge in the same turn.

Spiderfang Grot units deal mortal wounds on a 5+ to hit, rather than a 6+.

Troggoths can re-roll the dice to see if they regenerate wounds, or double the results of their first roll.

With good positioning (and a little luck!), your units will punch well above their weight, allowing you to tip the odds in your favor with kunnin’ play.

Wizard and Squigs bonus are vitals!

we'll do an in-depth review this weekend when the NDA lift!