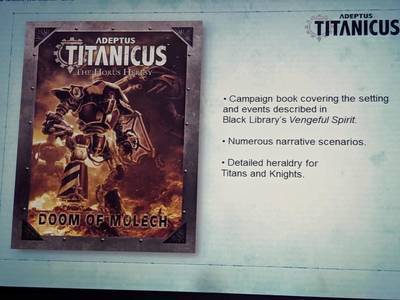 From Matt Swift admin of AT FB group

The last of the two realm of battle boards coming out (for now) gamma and delta. They’re deliberately designed to limit Titan movement in places to make the game as tactical as it should be.

Legio Fureans transfers. Fureans has Madaxia knights on theirs. On decal sheets - mortis and gryphons were the most popular legios at 28mm scale so went first. Got what they thought was a year of stock and we bought it out in a month. Good work all!

Next expansion! Doom of Moloch. Follows the events of Vengeful Spirit. Narrative scenarios and 4 more Legios. Rules for fielding a knight household - no Titans!

Vulcanum are weird, two Legios on one FW. Weird things with their princeps.

Possibility, no promise, of a large A4 sheet of transfers to cover a number of the more minor Titan Legios. *speculation in Seminar, do not assume will be coming*

7 Knight houses covered including Devine. Will have special rules for each Household. Each Knight world (like Moloch) could have a number of households on it. Allows you to build the household along the lines of the predefined ones or you can pick a couple rules to define your Baron or high Seneshal.

Knight Strategems. And can be played against knights or titans. Plus Strategems!

Knight carapace weapons were meant to be on the plastic sprue but couldn’t fit! Will be coming soon.

Re-release of the Grand Master edition. Huge logistical operation to put together. Won’t be a permanent thing, if you want it get it while it’s there 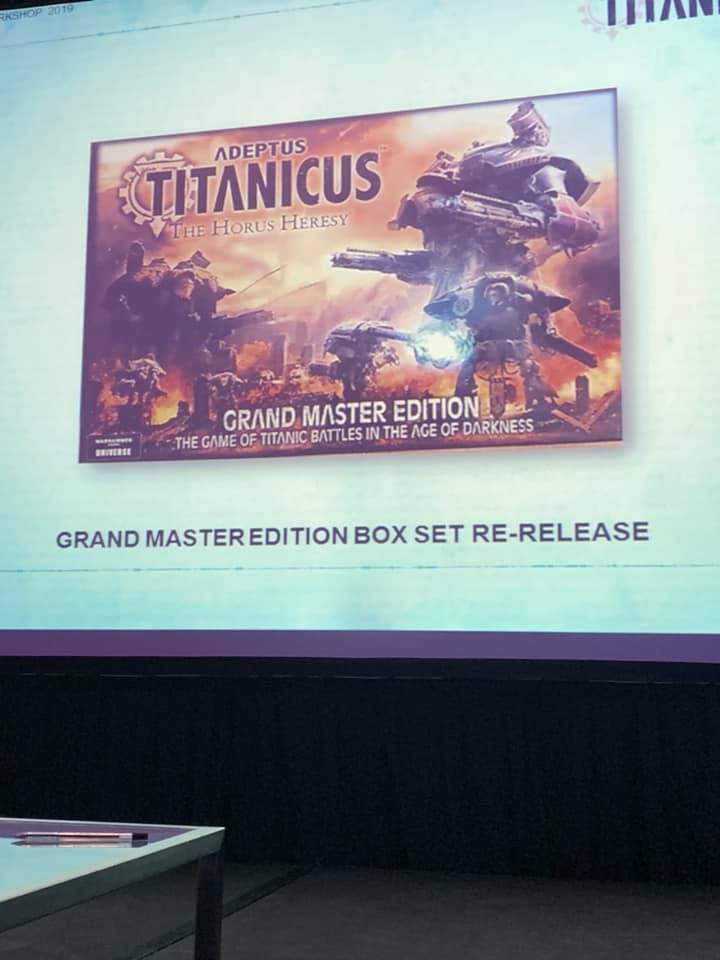 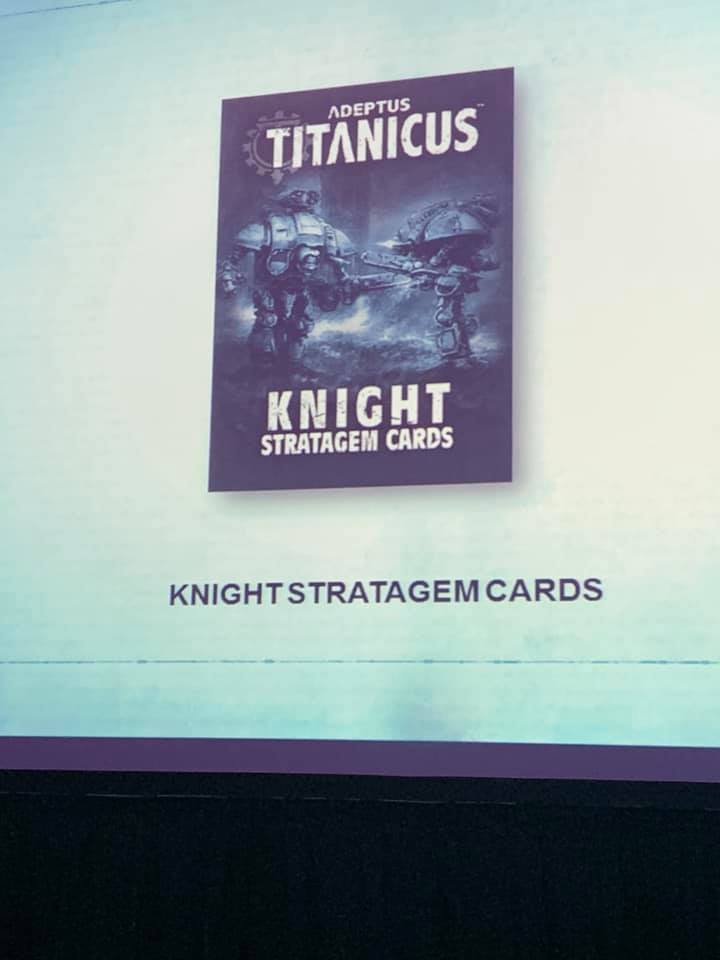 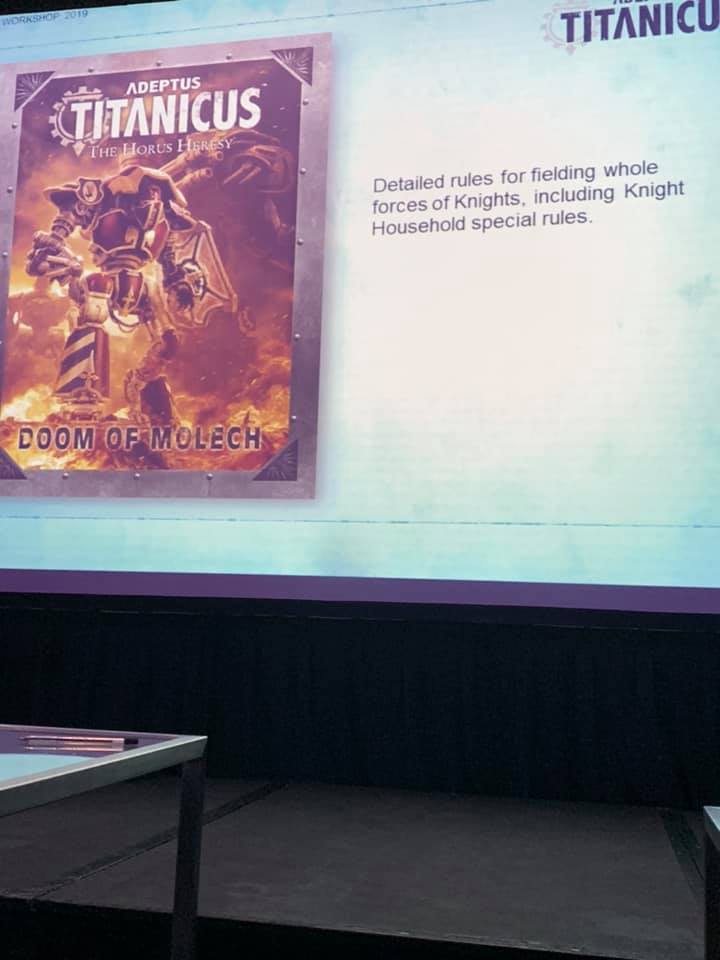 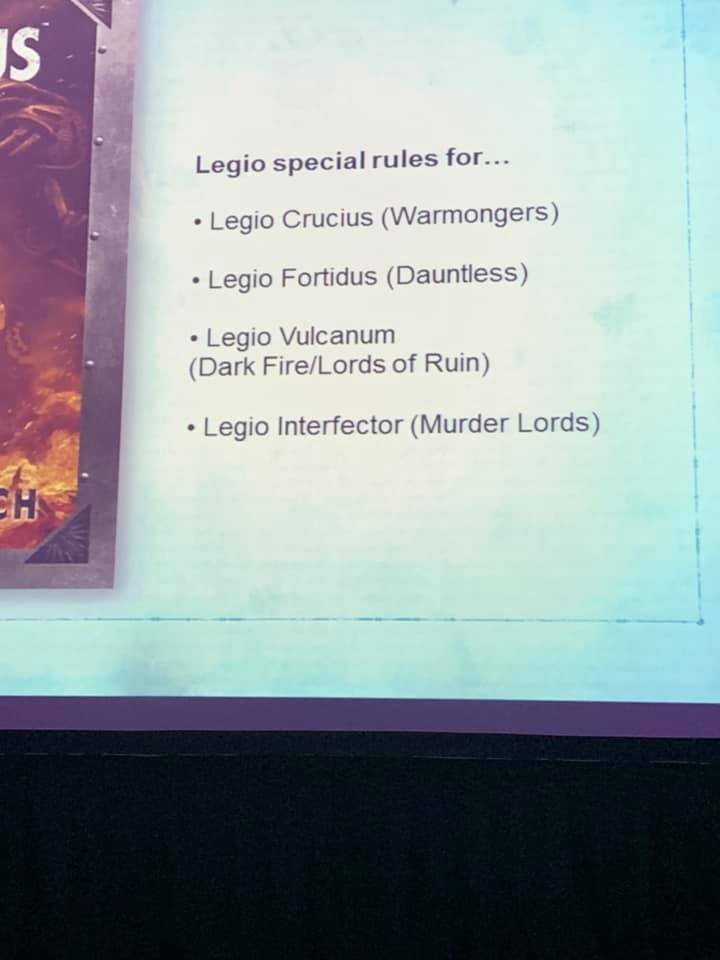 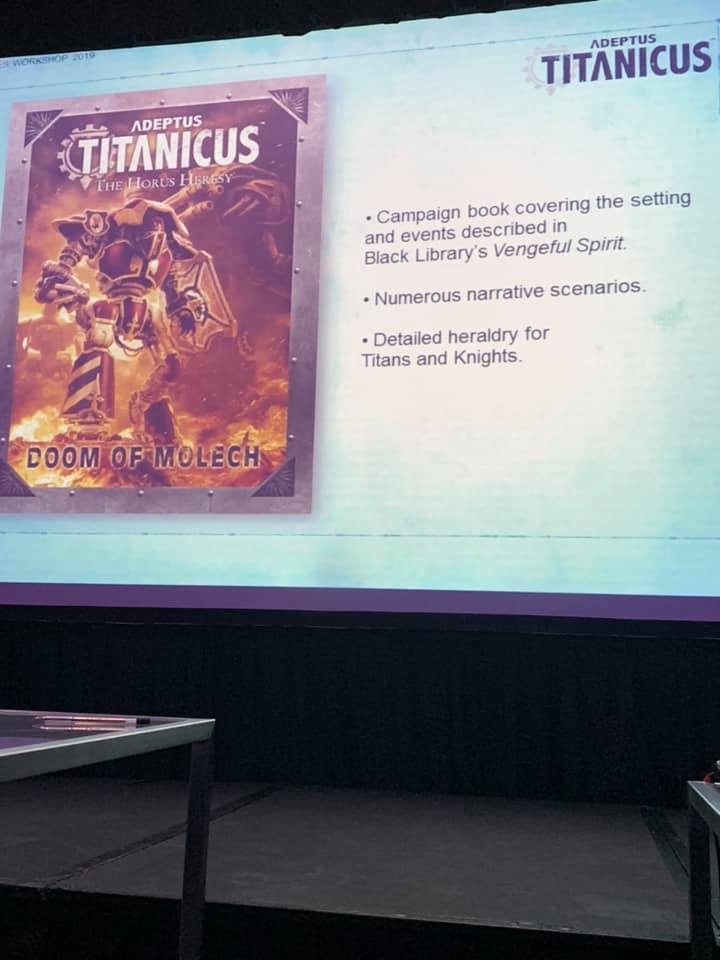 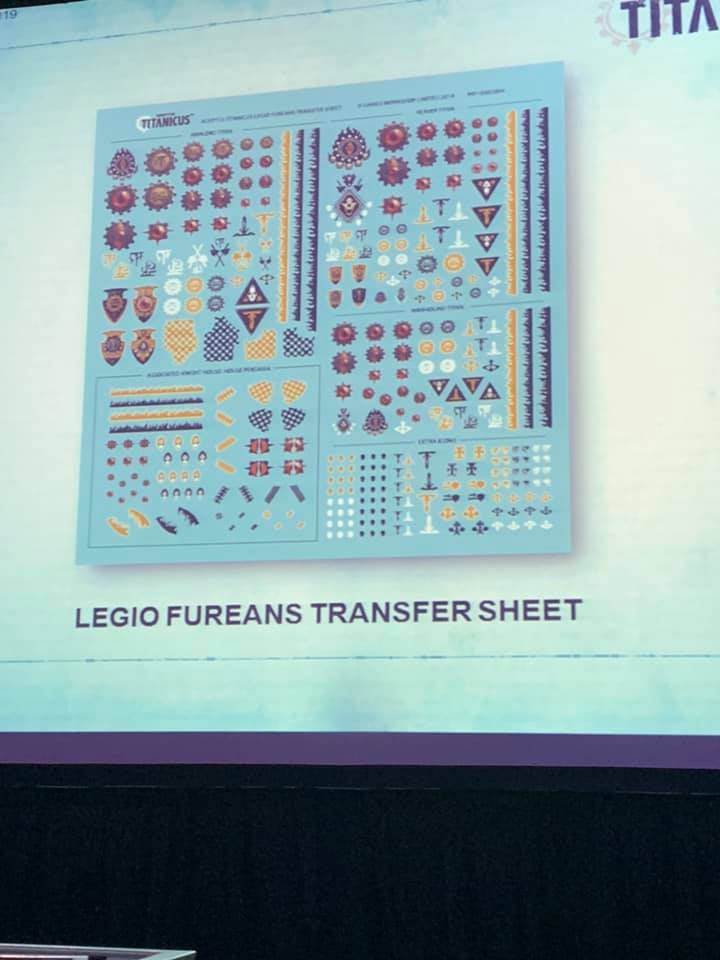 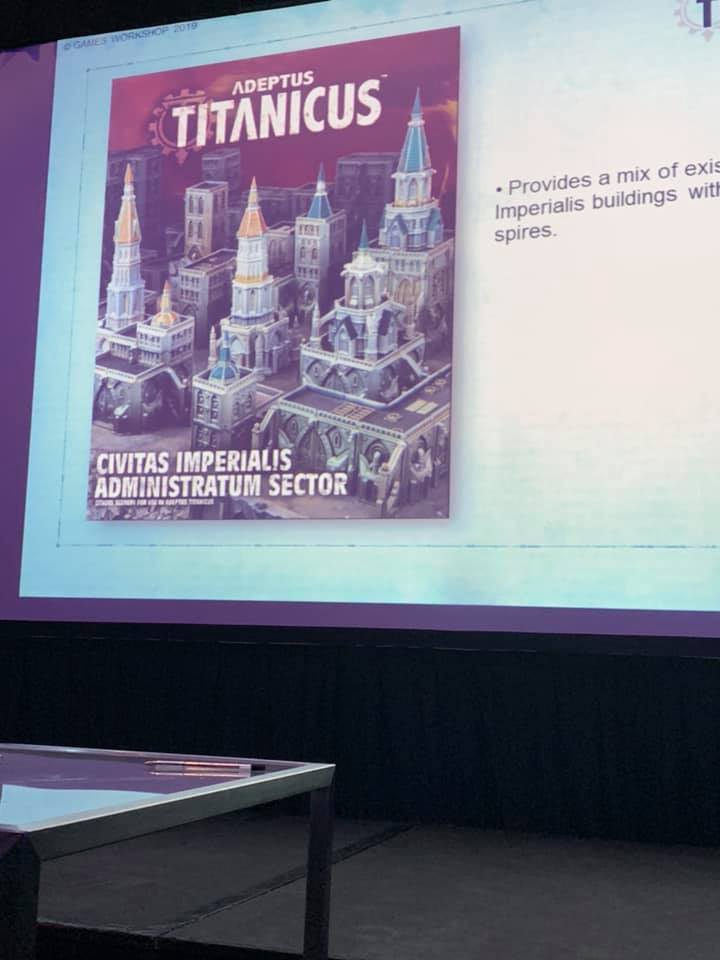 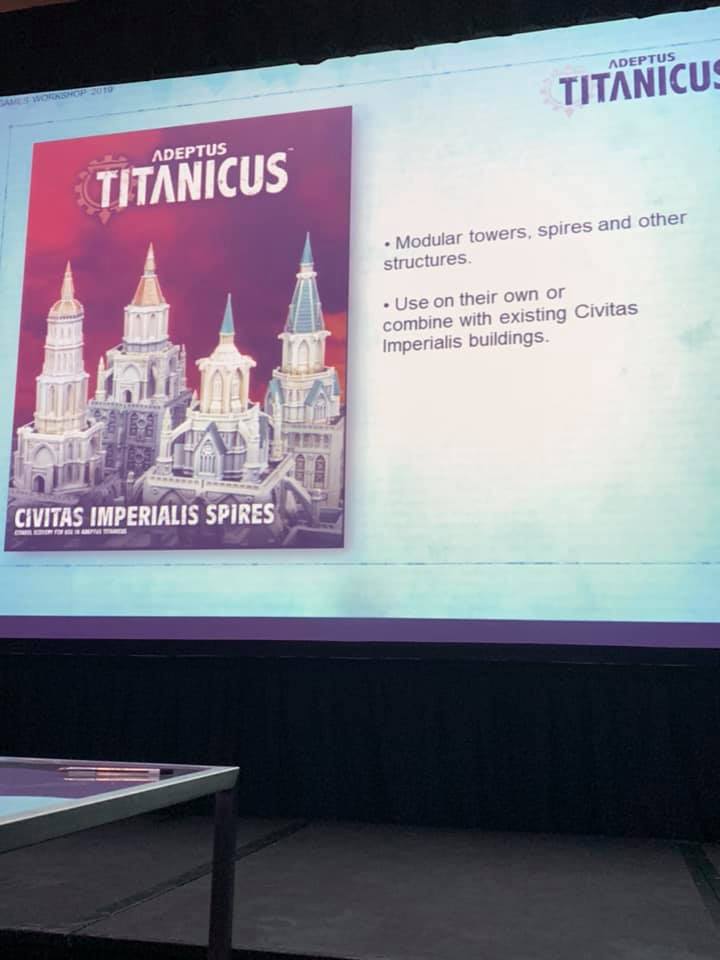 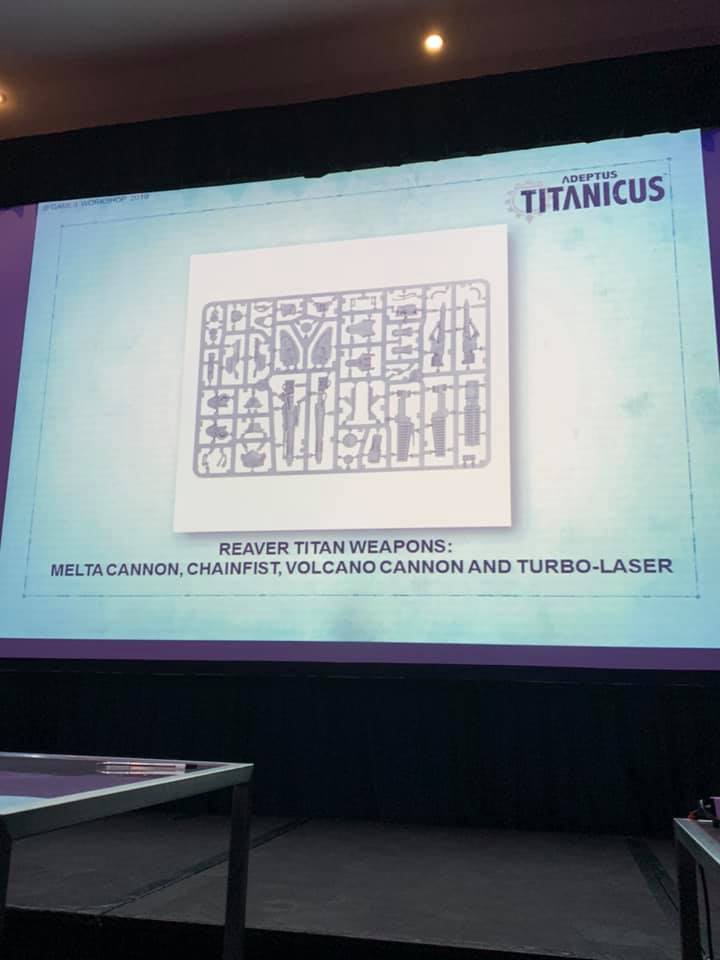 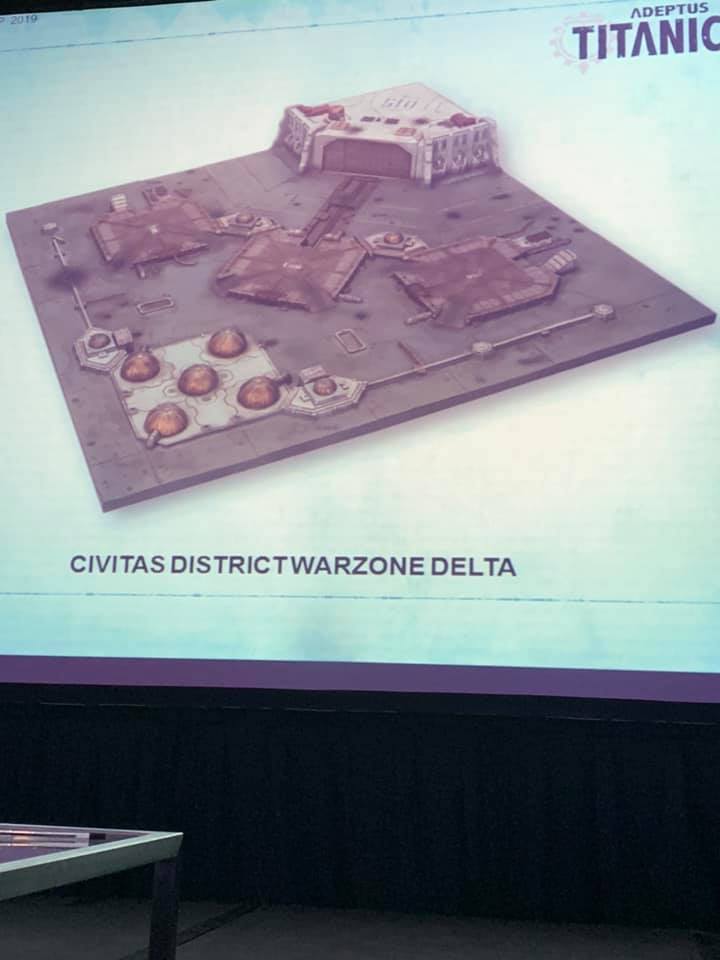 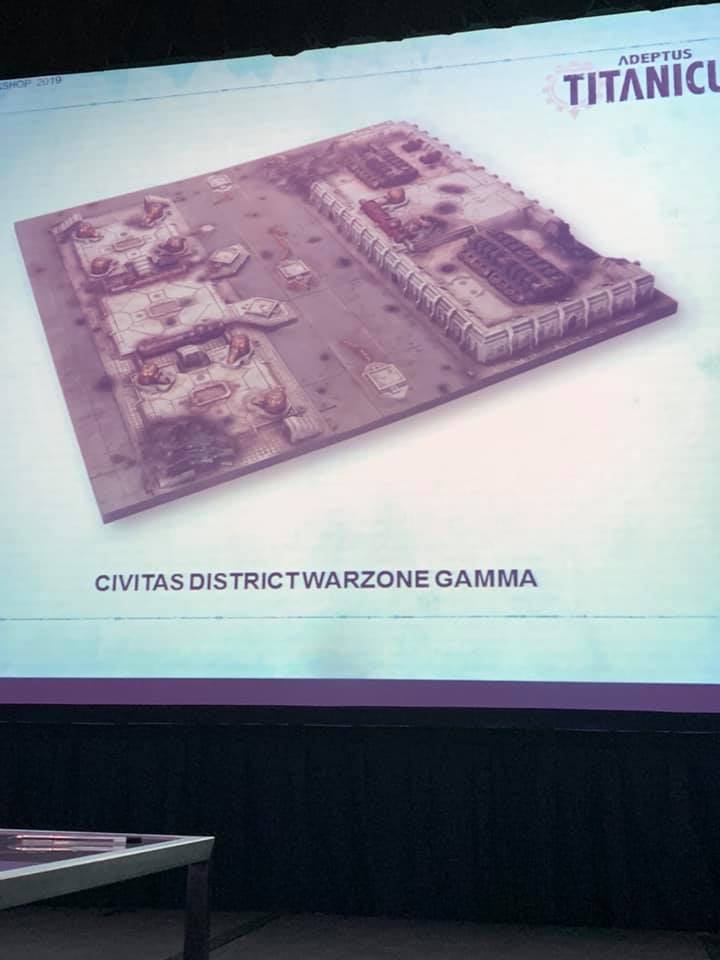 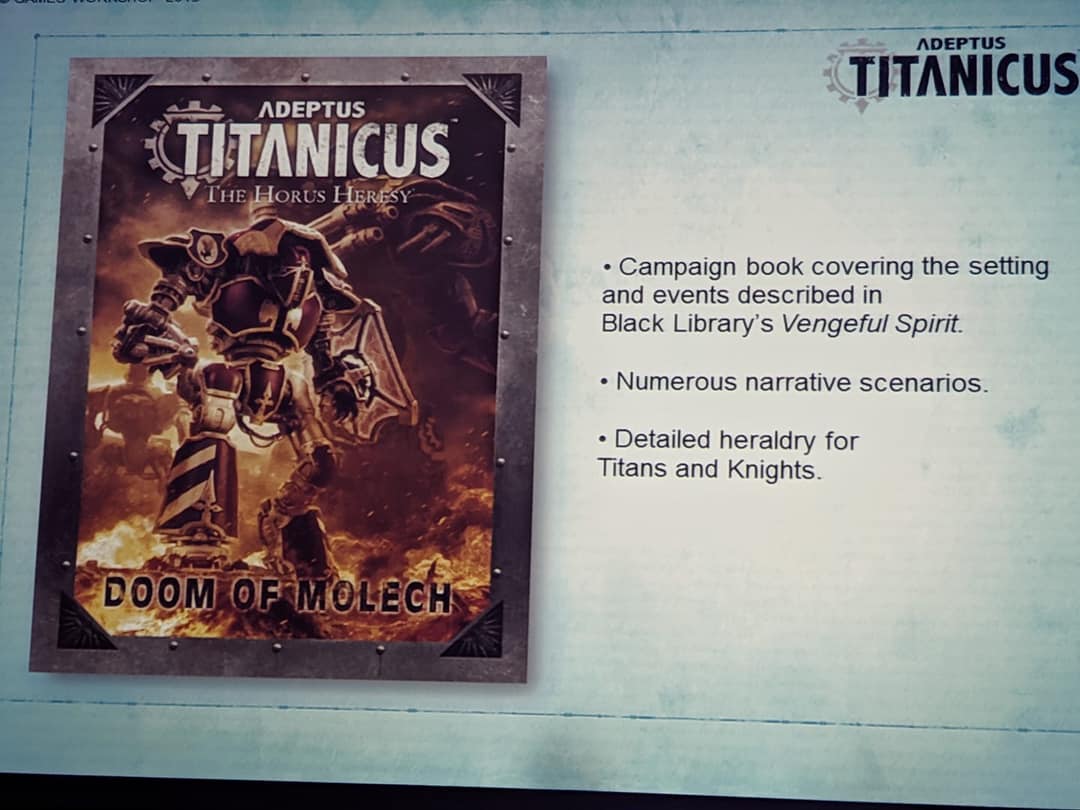 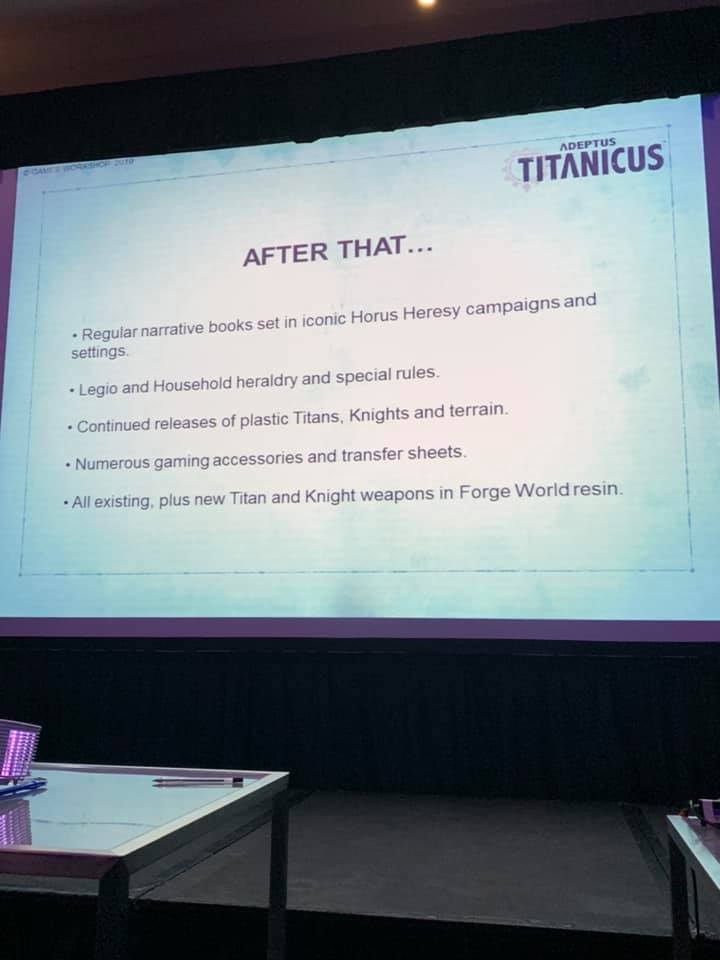 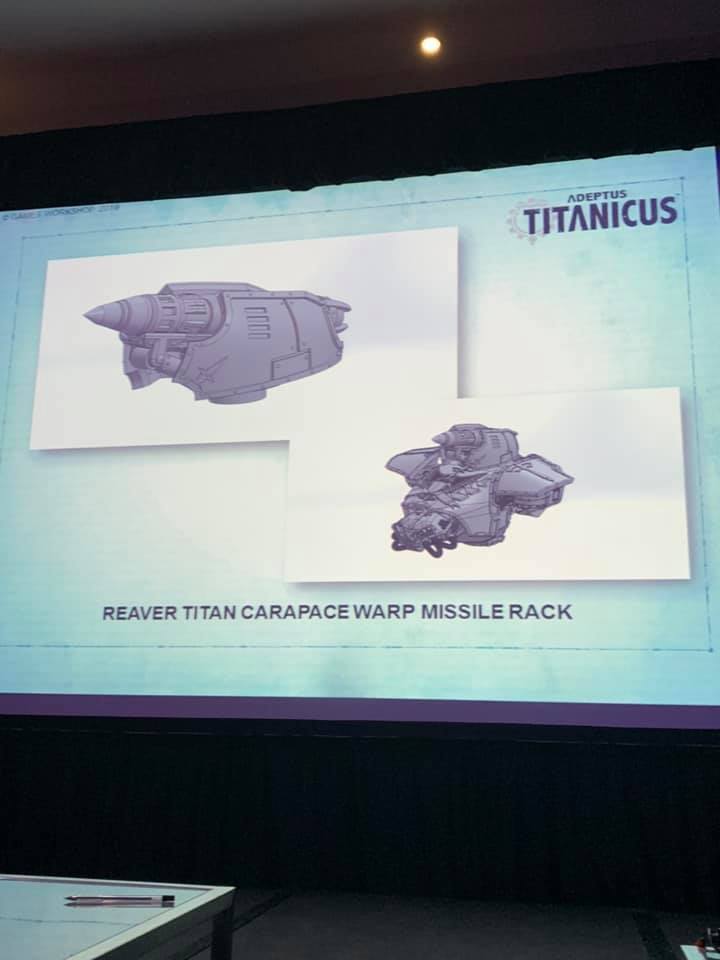 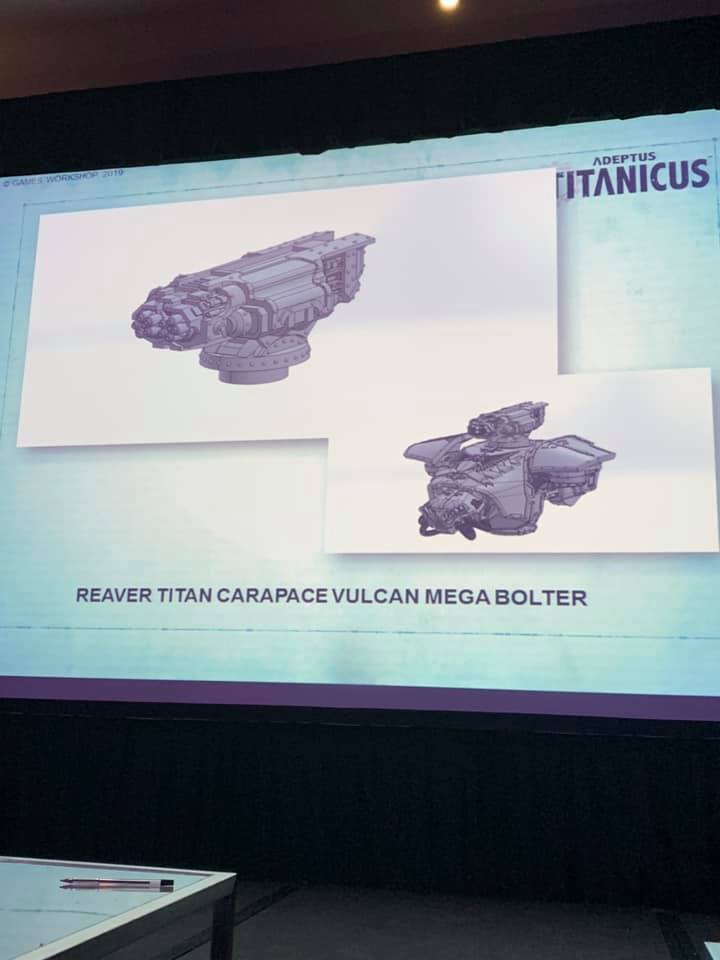 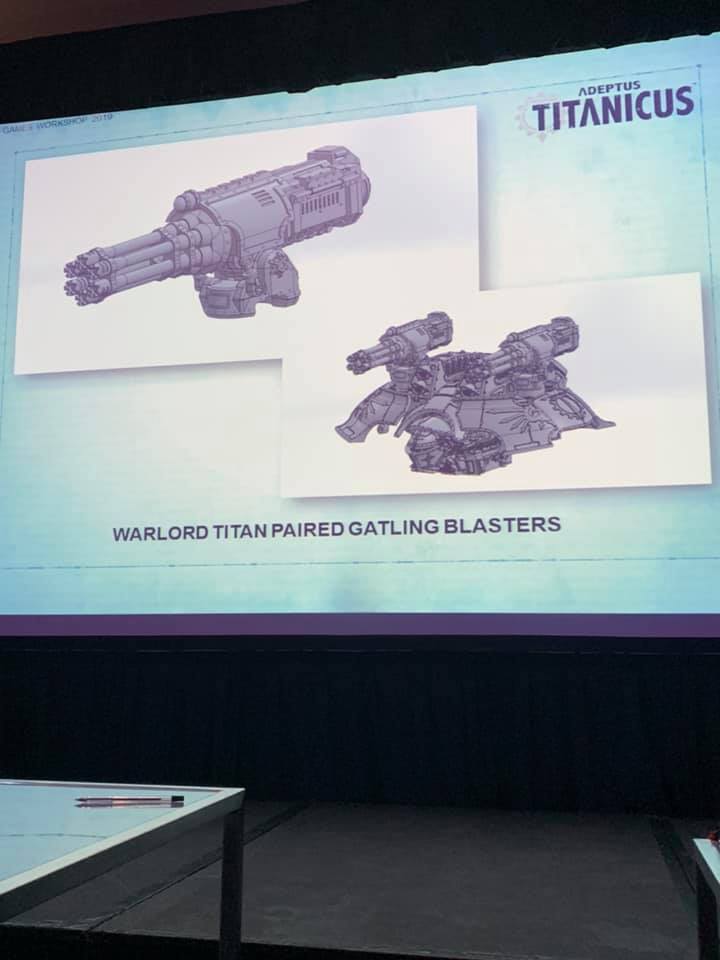 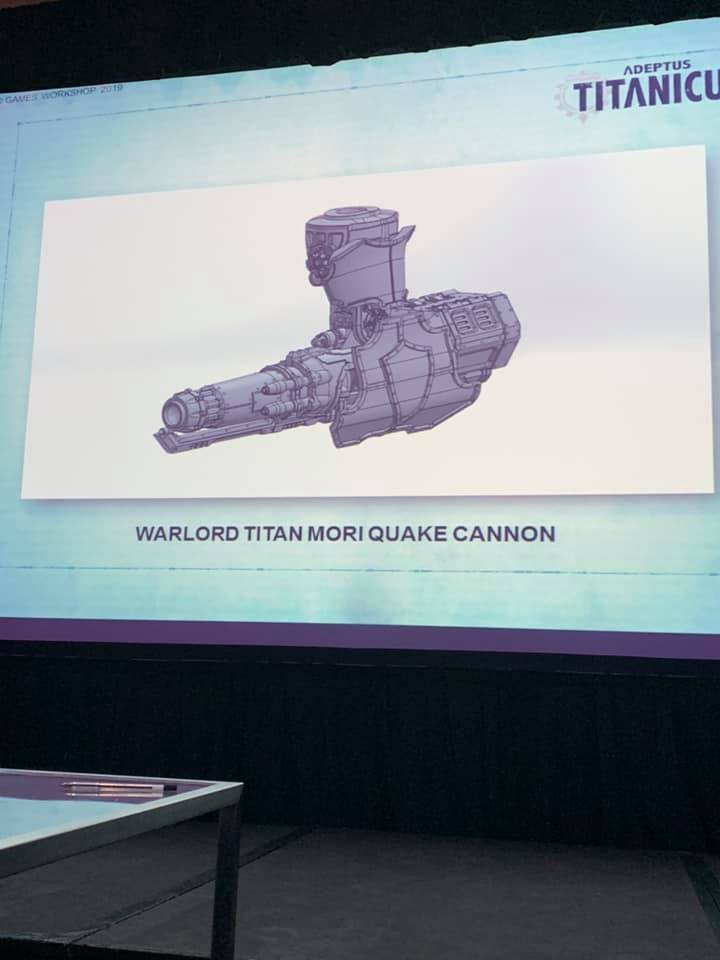 Now i kind of want making a cute army of knights !! Zergling rush