Adeptus Titanicus: Doom of Molech - Knights and their List 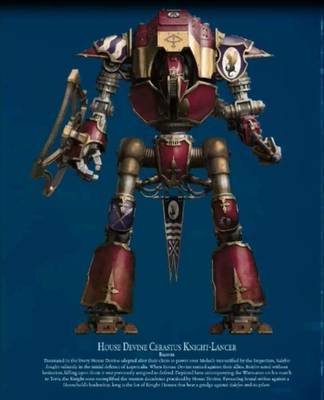 Little late to the party - news about Doom of Molech, aswell as some new Knight schemes!

Sean Bayan Schoonmaker over on facebook did some notes:
* Molech is an early battle of the HH where House Devine betrays the Loyalists
* They have a copy of the book, it's coming next month
* Focus will be on Knights and Knight Houses
* Contents:
* Talks about the Warmaster's invasion
* History of Molech
* Legios - Crucius (Warmongers), Fortidus (Dauntless), Vulcanum (Dark Fire/Lords of Ruin), Interfector (Murder Lords)
* New Maniples - Fortis Battle (Warlord and Reavers), Ferrox Light (Reaver and Warhounds)
* Knight Houses - All knight forces now possible - House Devine, House Donar, House Indra, House Casker, House Cowshik, House Mamaragon, House Tazkhar
* Scenarios - recreates some of the key battles
* Battlefields - steam, ruins, cities - less lethal than those in Titandeath
* They have a spreadsheet of all Legios ever mentioned, and will keep knocking them off from "top tier" down
* They'll do the same thing with Knight Houses
* Legio Interfector has an Insanity Table
* Legio Audax ONLY uses scout Titans, but more than Warhounds
* All Knight Army uses another level of structure
* Groups Banners into Lances, which has an HQ, and then Lances have a Commander and Retinue
* FAQ comes out next month - and this book provides some clarifications
* Knights charge in a straight line - helps balance
* Knightly Qualities, Battle Standards, and Knight Strategems (with card pack, but rules are in the book as well)
* Some Strategems are unique to Knight Houses
* Playing all-Knight forces is very different and takes different tactics - expect casualties
* Beast Hunts as Matched Play, with three kinds of "monsters"
* They will do a combined Loyalist House decal sheet and Traitor one
* They will continue to do Imperial forces for the near future - Xenos might be done "someday"
* Civitas Imperialis Spires are on the way
* More Titan classes are on the way
* Grand Master Set is coming back, but no set date
* Mechanicum-style terrain is something for the future

I also want to note, there are some implied restrictions. Andy said you would have to equip all Knights within a Banner the same way, and than group banners up into lances. 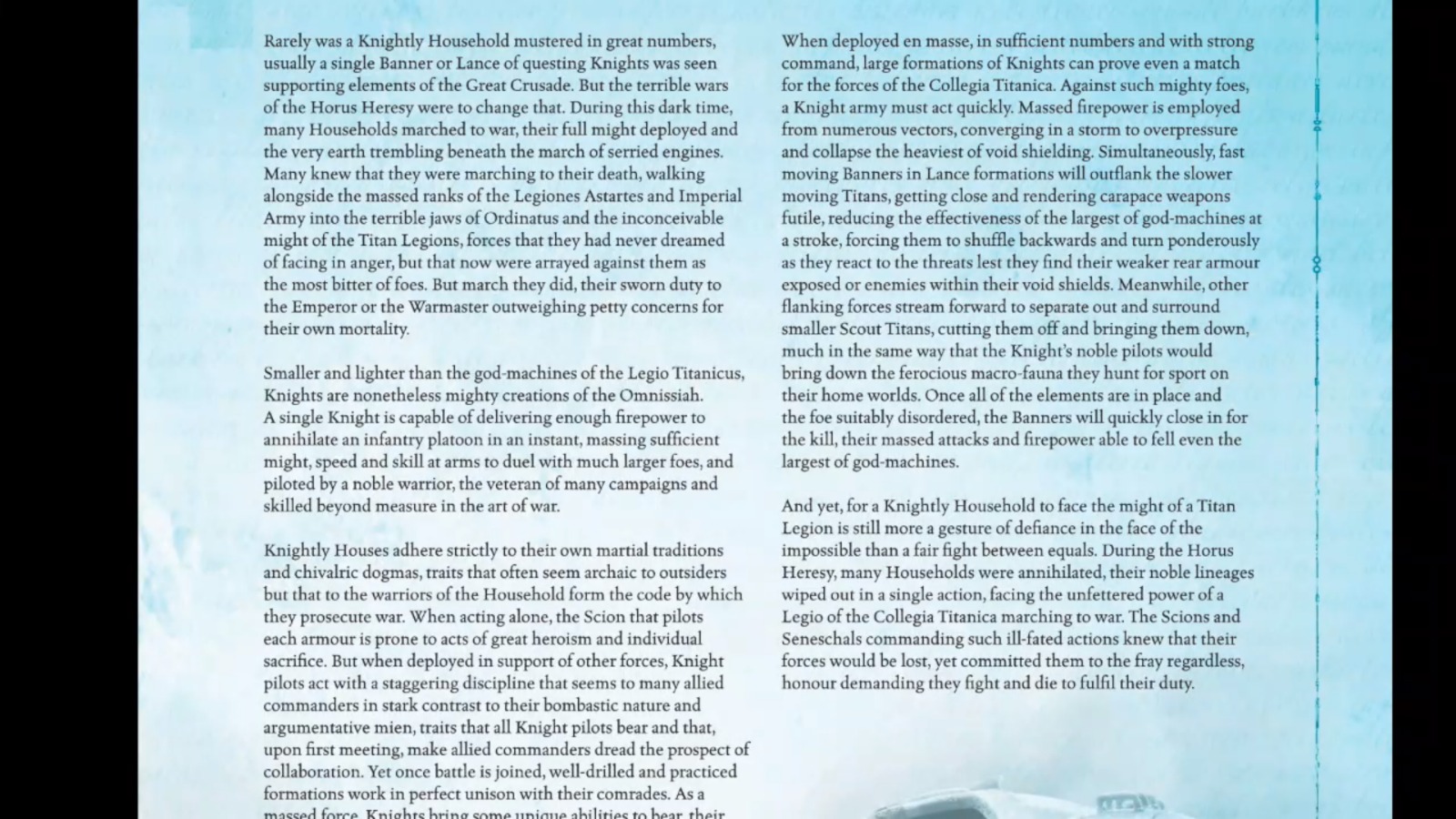 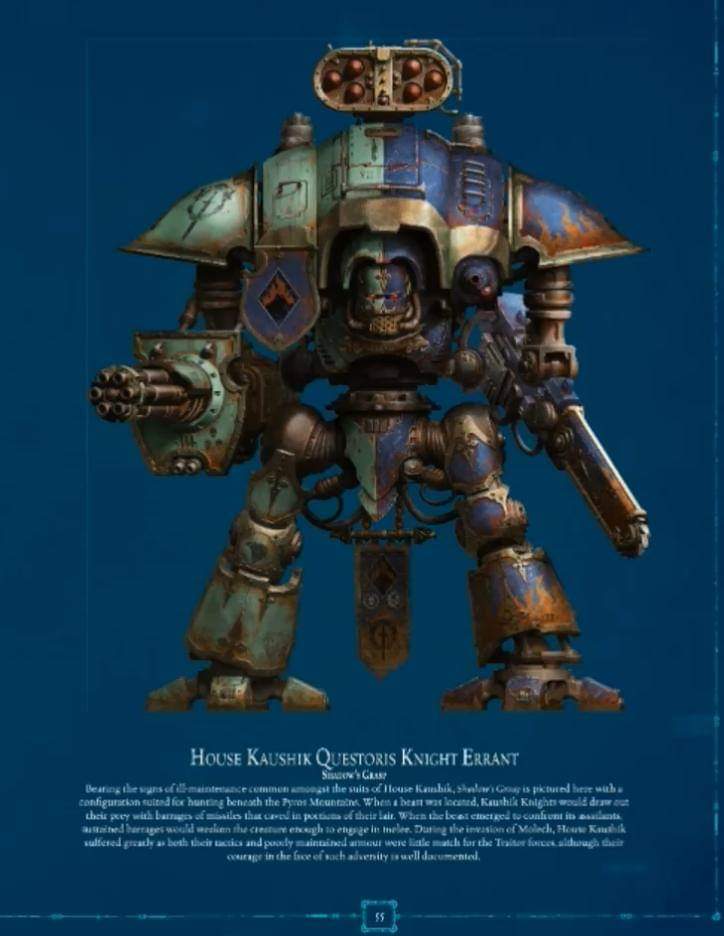 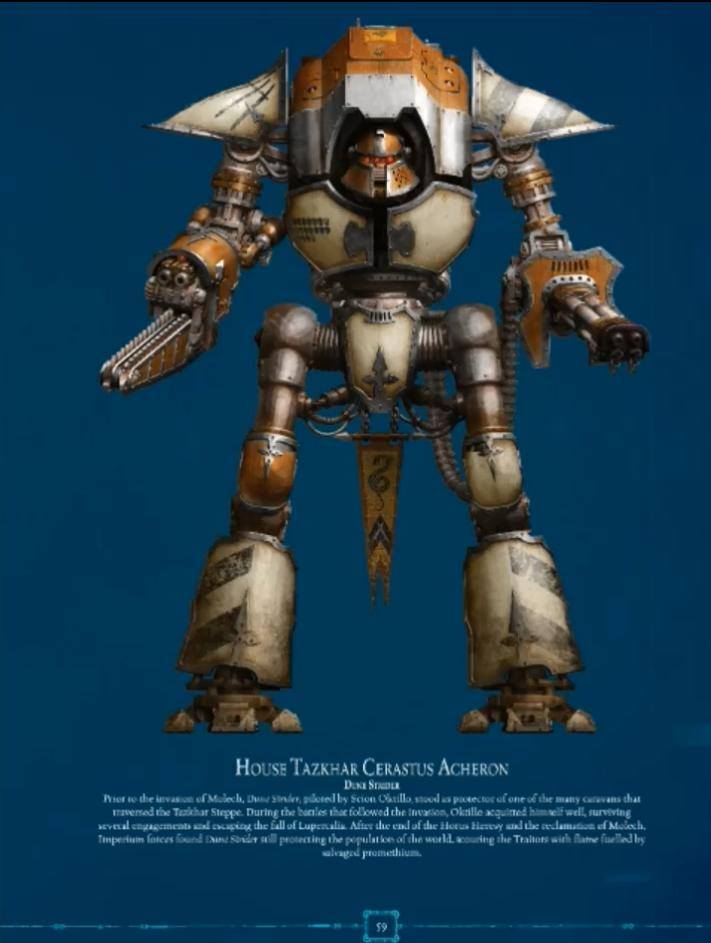 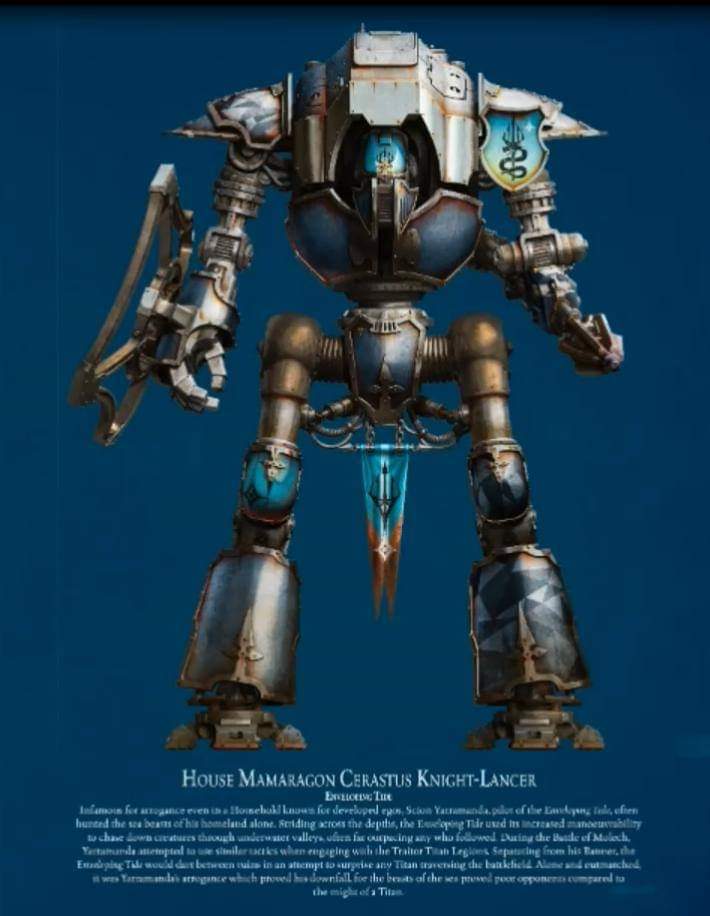 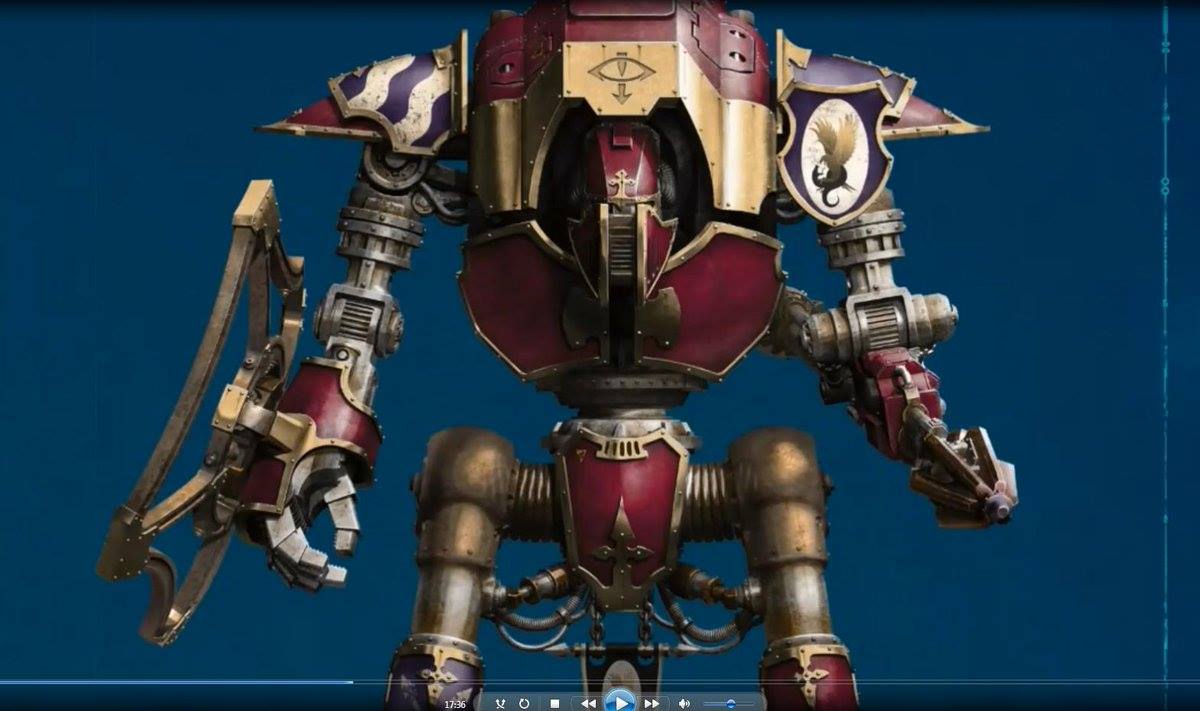