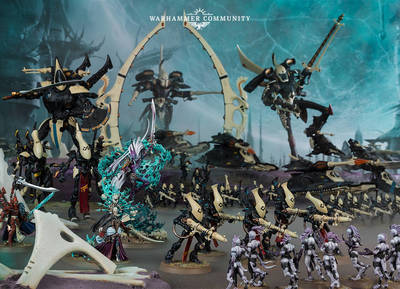 I really wonder of the eldar are going to turn on Warhammer 40000 Apocalypse because it's always quite hard to represent fastness and Skirmish on an Apocalypse crowed table. 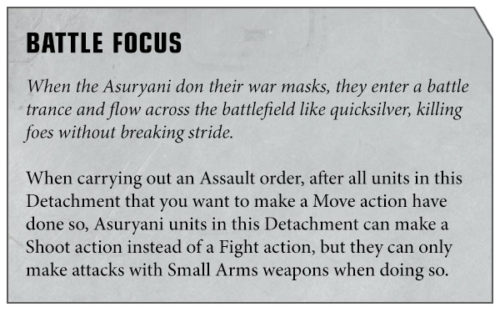 Small arms is a limit off course but a bunch of Eldar Small arms weapons are super strong and short range. Being able to double move and shoot should be super effective.

sniping character in Warhammer 40000 Apocalypse is going to be effective as units out of command range of a Character have to test against Routing in the damage phase.

Rangers get a +2 to hit against Characters so they should be pretty reliably hit them. Also they have Deep strike ensuring you have them where you need them.

Look like the Wraithknights have 4 attacks on their profile. That mean that their Damage outpout is going to be crasy as most weapon use the Attack number on the profile.

It's evident a lot of Eldar Assets cards are going to be Psychic Powers, but i am sure the deck will also help represent their tactical/speed mastery. 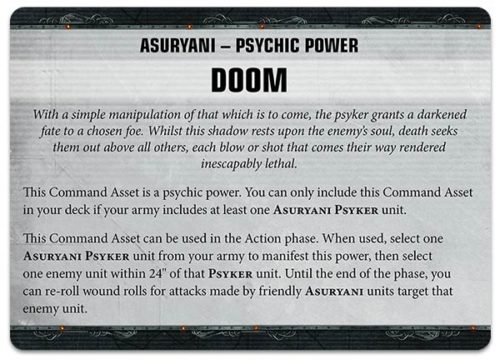 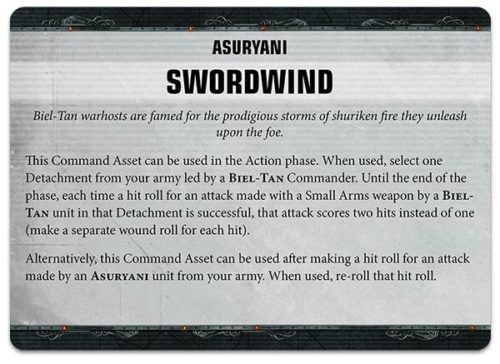 for the first time since they started spoiling card that i have the feeling that cards a tad too strong. Now I am really eager to see the whole deck.