The fluff is: Necroquake damaged the mirrored city, and the Katophrane curse is bleeding into a magic mountain in GHUR, the Beastgrave !!!!!
Yea i know the story is a bit limited but they had to find a way to transport everything in Ghur for the Warhammer Underworld season 3 !!!


Beastgrave also brings us to another of the Mortal Realm’s underworlds, as the setting of the game moves to the savage depths of Ghur. The Necroquake has permanently damaged the Mirrored City, causing it to bleed into the ancient mountain known as the Beastgrave.

As the curse of the Katophranes leeches into the long-dormant edifice, savage powers thought long-dead awaken, with streets of Shadeglass jutting from pillars of bone and catacombs of living amber. Just as in previous Warhammer Underworlds games, you’ll discover the mysterious history of the Beastgrave in art and card text, offering you a glimpse of one of the Mortal Realms’ most fascinating locations.

The box pit on the of the best beastmen models in a decade !!! but off course the most interesting reveal is the Kurnothi, Aelf forgotten in Ghur for so long that they started to transform in Beast with satyr bottom or centaurs ! wardancers future is bestial to say the least ^^


Skaeth’s Wild Hunt offers us new insights into the Mortal Realms with our first look at the Kurnothi – aelf-like creatures with a savage style of their own. Offering a fast and highly specialised group of fighters, they’re a deadly and flexible Warband capable of cutting down enemies at any range. 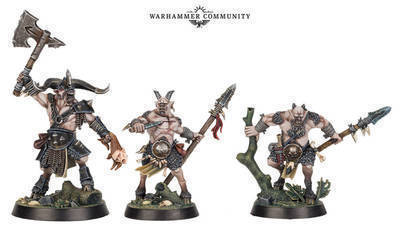 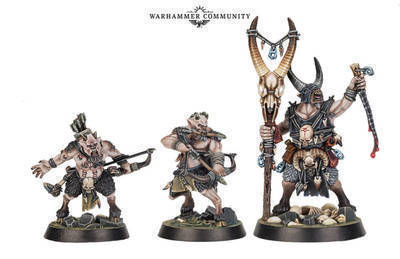 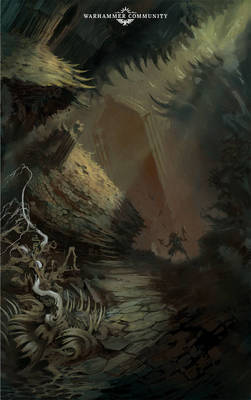