Shadespire Season 1 is no longer available to Order by Retailer 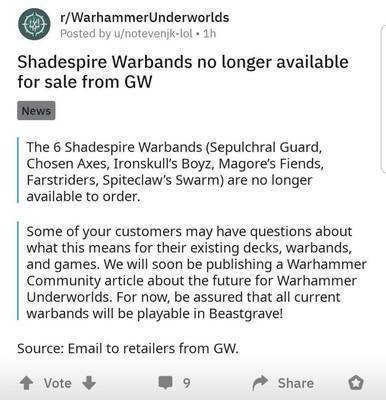 Underworld Season 1 Shadespire is getting phased out. Retailers can no longer order these.
At first, it was a weird rumour and It's been in the air for quite some time now.

Some of your customers may have questions about what this means for their existing decks, warbands, and games. We will soon be publishing a Warhammer Community article about the future for Warhammer Underworlds. For now, be assured that all current warbands will be playable in Beastgrave!

So this is it, Rotation but what is rotating Warband ? Deck ? Objectives ?

If you think about it Season 3 removing season 1 is very close to the Standard Format by Magic The Gathering :


Once a year, with the release of the new fall set, the two oldest blocks still legal in Standard rotate out of the format. Because of this, no set is Standard-legal for more than two years. For example, When Ixalan set released in fall 2017, Battle for Zendikar, Oath of the Gatewatch, Shadows over Innistrad, Eldritch Moon, and Welcome Deck 2016 (which counted as a part Shadows over Innistrad in rotation) rotated out of Standard.

With the introduction of Three-and-One Model, Since 2019 (or effectively in 2018), the four oldest expansion/core sets in Standard, as well as any other Standard-legal set released during that period will rotate out. For example, fall 2019 rotation will cause Ixalan, Rivals of Ixalan, Dominaria, and Core 2019 (as well as regional exclusive set Global Series: Jiang Yanggu & Mu Yanling) to leave Standard. 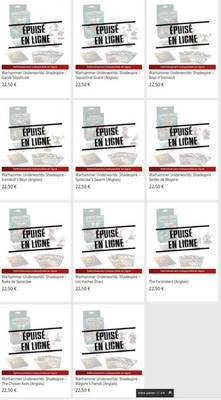 Looking at online stock it depends on the country. So everything season 1 is " While the Stock Last !"

Note : are we getting Price Speculation on older season? 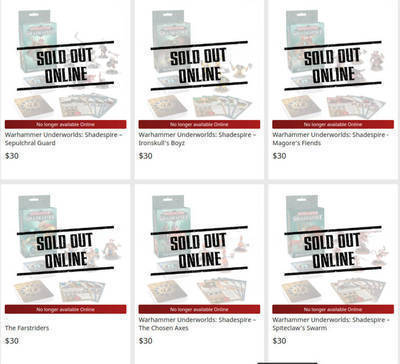