Psychic Awakening(pre-orders are) is starting next week !

Blood of the Phoenix 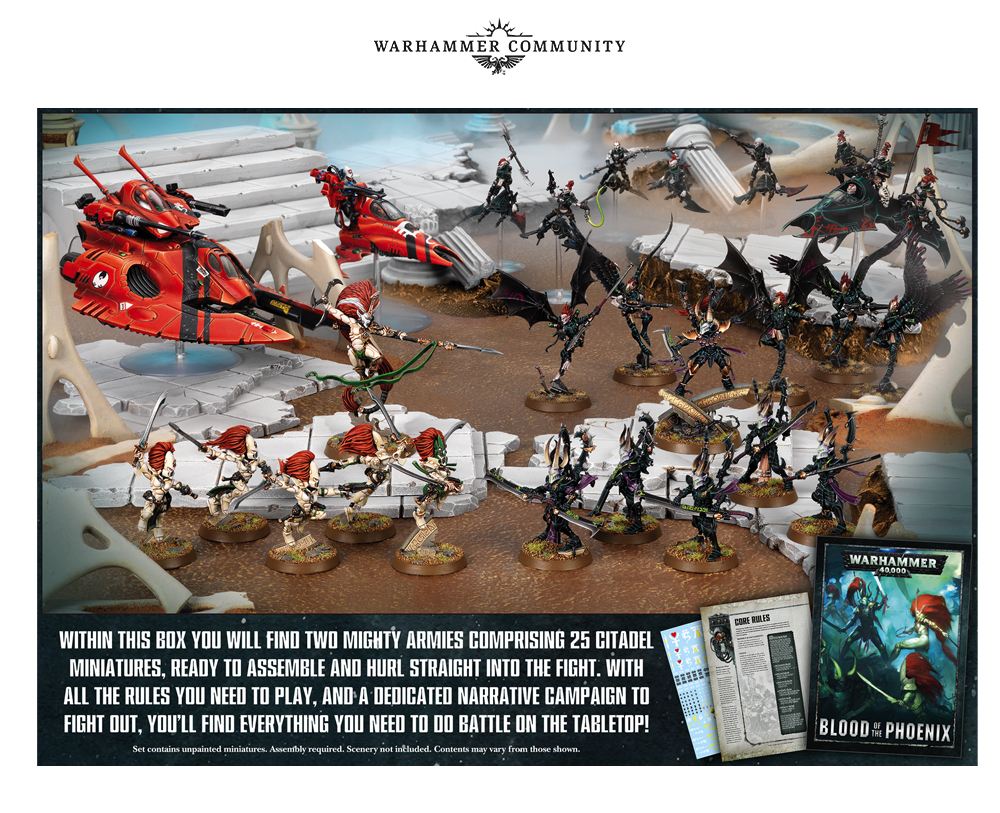 Blood of the Phoenix is the biggest battlebox that we’ve ever released. Not only does it feature 12 new plastic miniatures, including the stunning Incubi and Howling Banshee kits – not to mention two unique Characters, Jain Zar and Drazhar – but some Scourges, Hellions and no less than three vehicles too! 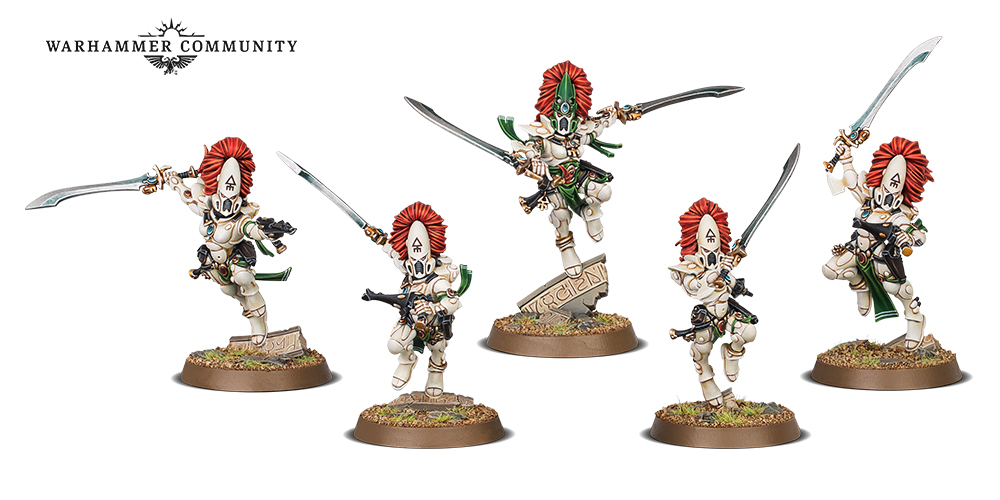 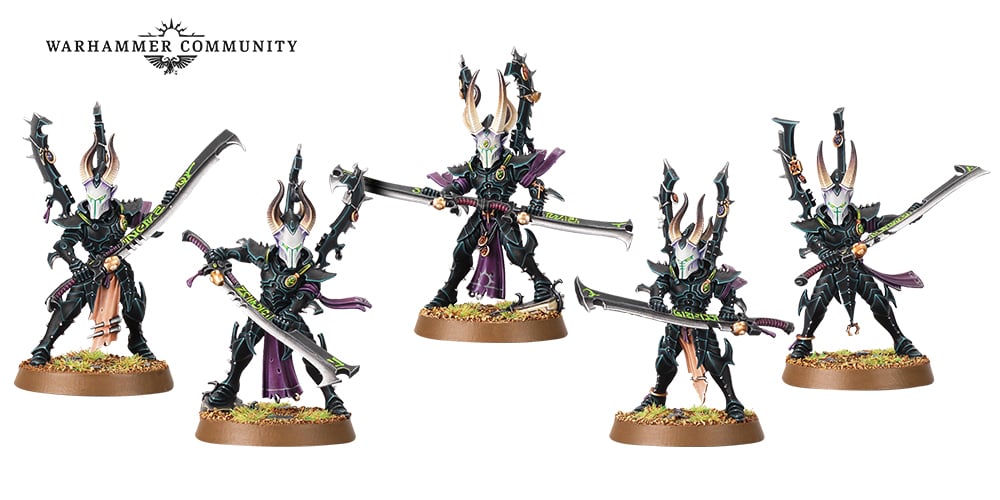 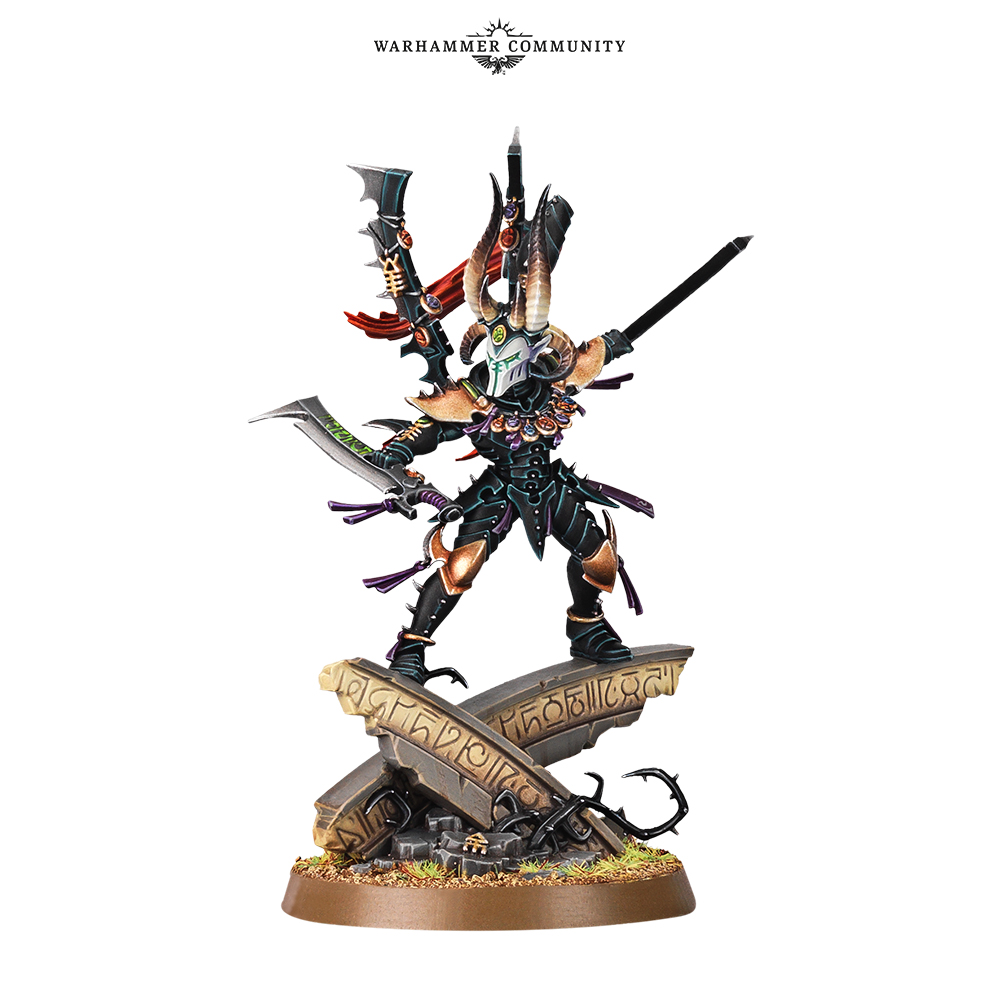 Blood of the Phoenix includes a 40-page campaign book telling the tale of the ancient grudge between those who fled the Fall aboard the space-faring Craftworlds and those who arrogantly continued the dark practices that first damned their race.

The first in an upcoming series of Psychic Awakening books, Phoenix Rising recounts the seismic events that may well change the future of the Aeldari race forever. Desperate alliances will be forged against ancient enemies. Hope and despair will become entwined. The mightiest champions of the Asuryani, Drukhari and Ynnari will fight as one to prevent their ultimate doom. Of course, this is just the first part of a galaxy-spanning series of events that is set to change the fate of Warhammer 40,000 forever, so even if you’re not an Aeldari fan, chances are you’ll want to get your hands on this book anyway!

You can read all about it and get all of the info you need to refight the key battles in an 80-page hardback book, deluxe Collector’s Edition, or in Enhanced and ePub digital formats. If you’re looking to treat yourself, the Collector’s Edition includes an additional 16 pages of background material, featuring Psychic Awakening fiction in the form of four short stories that won’t be available in print anywhere else! 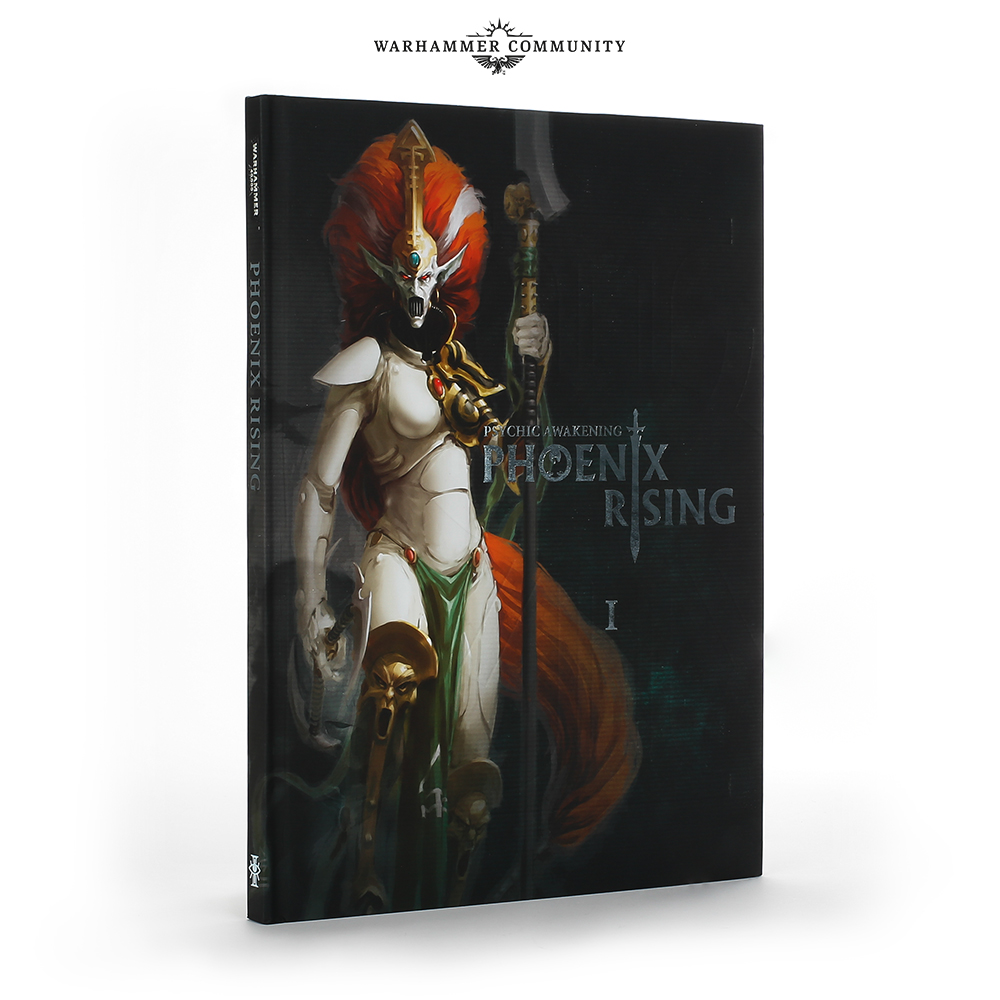 In addition to a trio of exciting Echoes of War missions, Phoenix Rising includes rules for two Theatres of War – High Altitude and Maiden World – that you can apply to any of your battles. There are also the updated datasheets for all of the new miniatures from Blood of the Phoenix, as well as a number of other key Characters and units from the narrative.

These include Exarch Power options for each Aspect temple, a third psychic discipline in the Runes of Fortune and new customisable Craftworld Attributes that work like the Successor Tactics in Codex: Space Marines! You’ll also find rules for Drukhari Obsessions (specifically for the Kabals, Wych Cults and Haemonculus Covens), and the full set of Ynnari rules first featured in May’s issue of White Dwarf. 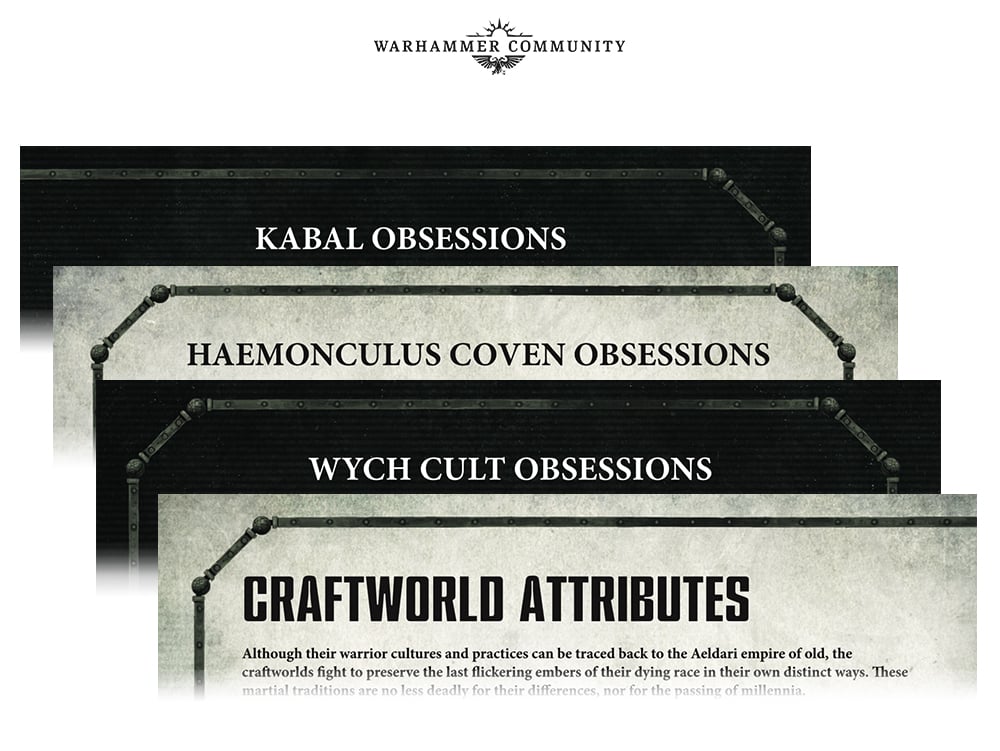