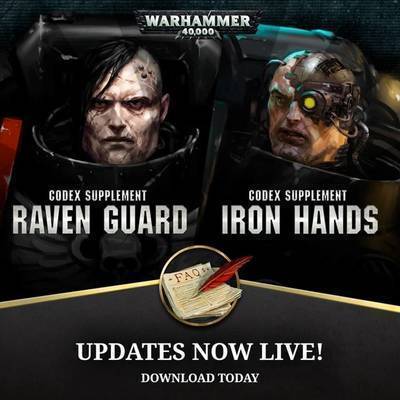 Off course what's matter are the nerf to Iron Hands :

Sound like a well made nerf, not too big but still significant enough to save the Meta ^^ My only gripe is Machine Empathy, with Blessing of the Omnimessia being range 1" it's hard to use on 2 targets :/.

I still think Iron Hands are one of the best but now you can try the double Primaris Heavy Plasma unit with 5++ 6fnp reroll 1 move and fire bla bla bla...