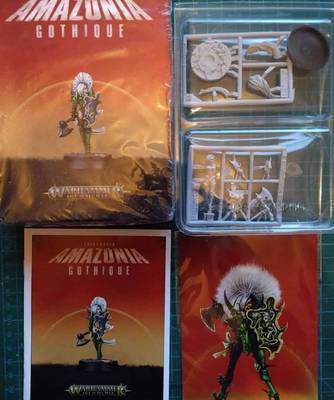 Inspired by one of Blanche's old artworks :)

"This is what guy from Reddit says (can be fake ofc):

This is really interesting to see.
Ex gw store manager here, used to manage a store last year.
Now this was supposed to be released as a limited Christmas model in December 2018. We were told a future planned release 'the amazonian' had been pulled.
Don't know if this was due to quality issues etc.
Don't know if this is a leaked picture of what was supposed to be released or if this is now being released."

Black library exclusive for next weekender ? (would make sense)