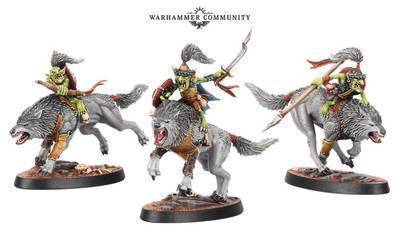 In grot society, stabbing your boss in the back is widely accepted – failing to properly finish the job is not. Rippa Narkbad was exiled from a wolf-riding tribe of grots after his bid for power went horribly wrong. Joined by two of his closest mates, Stabbit and Mean-eye, Rippa’s on a quest for revenge, redemption and a really shiny choppa that he’s convinced can be found within Beastgrave.

These grots possess strong relationships with their mounts – ferocious, venomous creatures called snarlfangs that are stolen as pups and raised for war by their cruel grot masters.

Very interesting fluff and I'd love for them to develop the Warband into an army!

Blast from the past: My first real Warhammer game with painted terrain and a board was a 2vs2 with me as dwarf + an empire friend vs an alliance of Goblins wolves rider and Nippon army from. To me goblin wolves riders have a special place in my heart ! haaaa memories ^^ 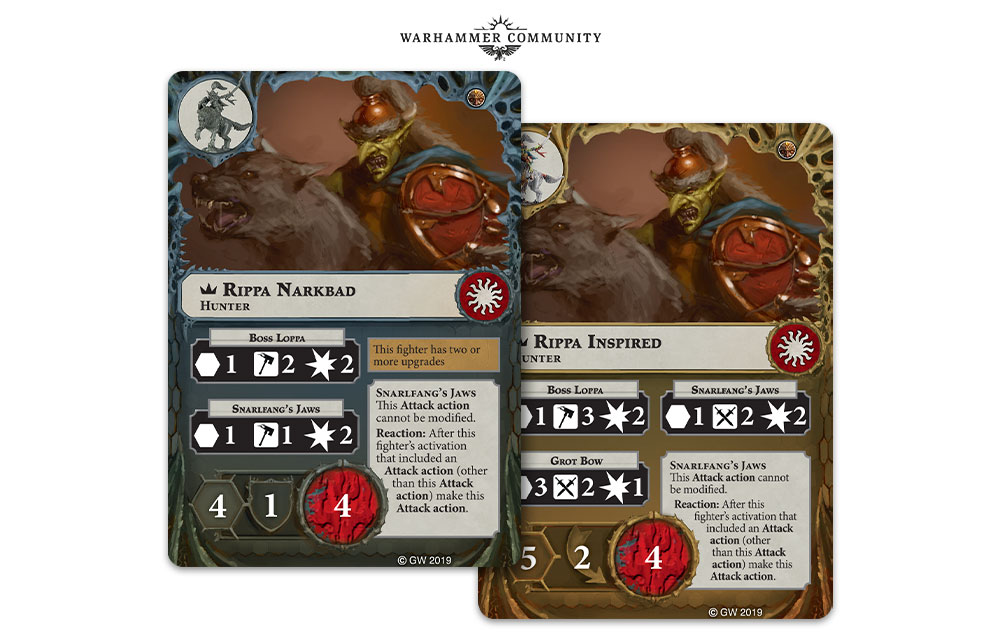 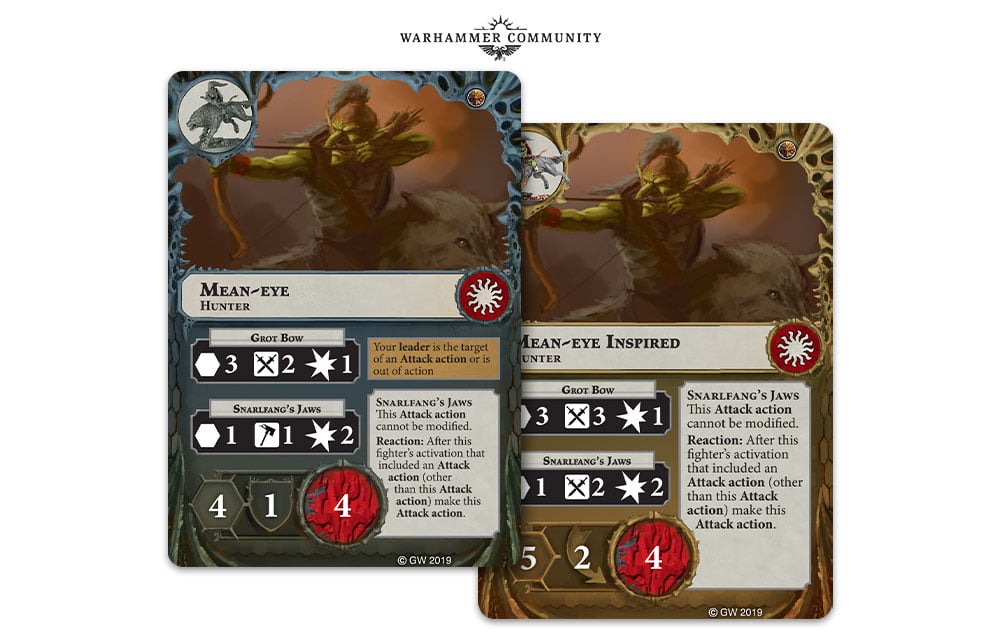 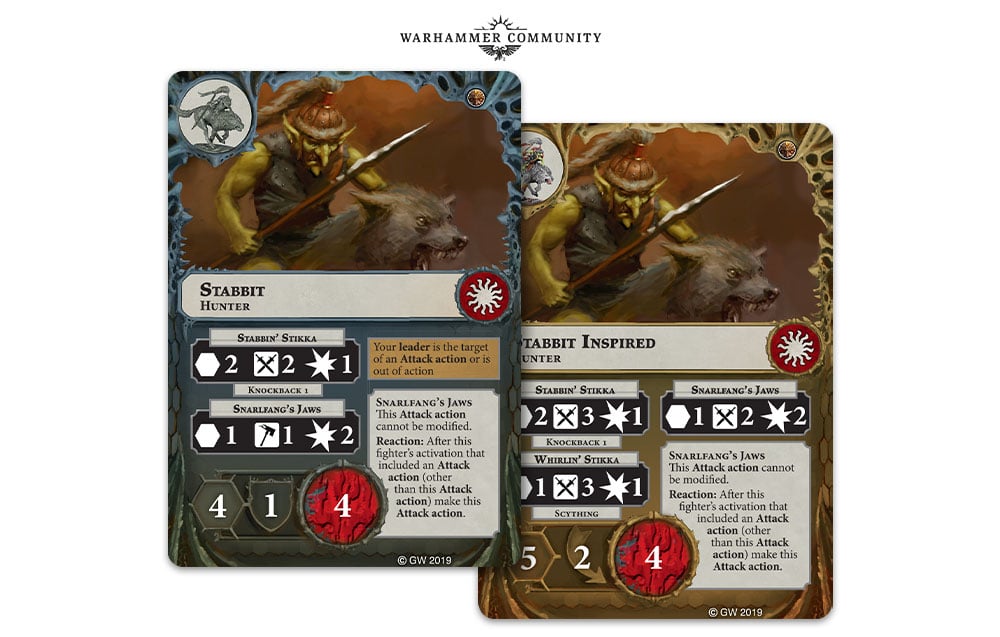 Woa this double attack mechanism is quite cute !!! Also having 2 inspirations rules is fun and quite interesting ! 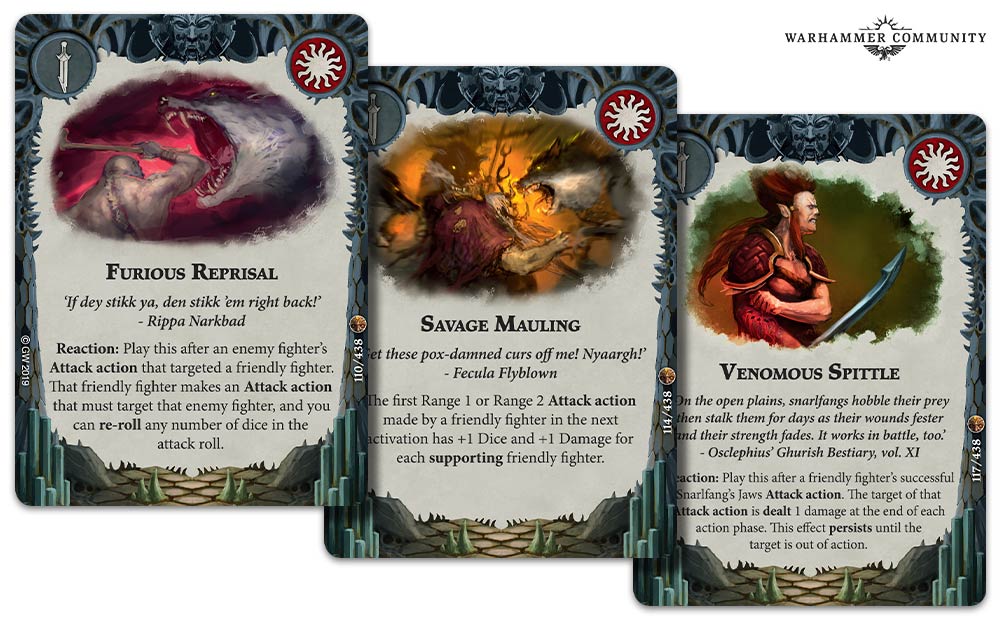 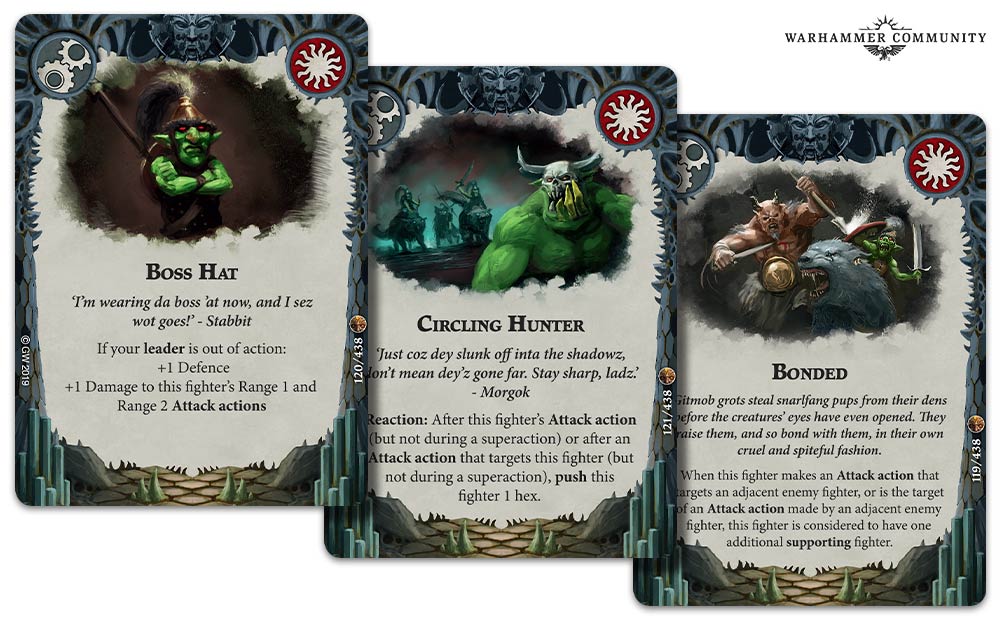 You absolutely need surge obj to inspire the leader !!