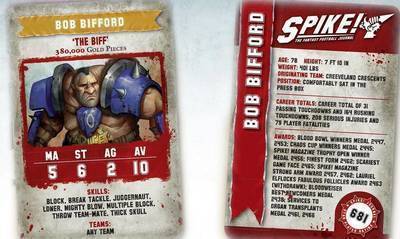 During the WHTV stream for Blood Bowl, it was revealed that the Ogres have a new positional, Runt Punter, the also benefit from "Free" Gnoblars as they added the Disposable rule. Lastly, they also showed Bob Bifford stats ^^

Bob (the ogre, not me) is one of the 2 commentators of BB, they are also in the Video games and if you play you can hear them commenting on your actions.

Stat wise he's awesome str6, break tackle, block and juggernaut is a damn good combo. You can dive into a cage on 4+ and still get 2D without cancelling the assists. With juggernaut, even a "both down" allow you to push the carrier out of position.

Available for all teams and at 380k it's really good !!

As you can see if you want 6 Ogres you need to take the punter. But for only +10k you gain access to Pass section giving you access to Leader on a simple !

But the new thing that bring the punter is off course kick team mate. 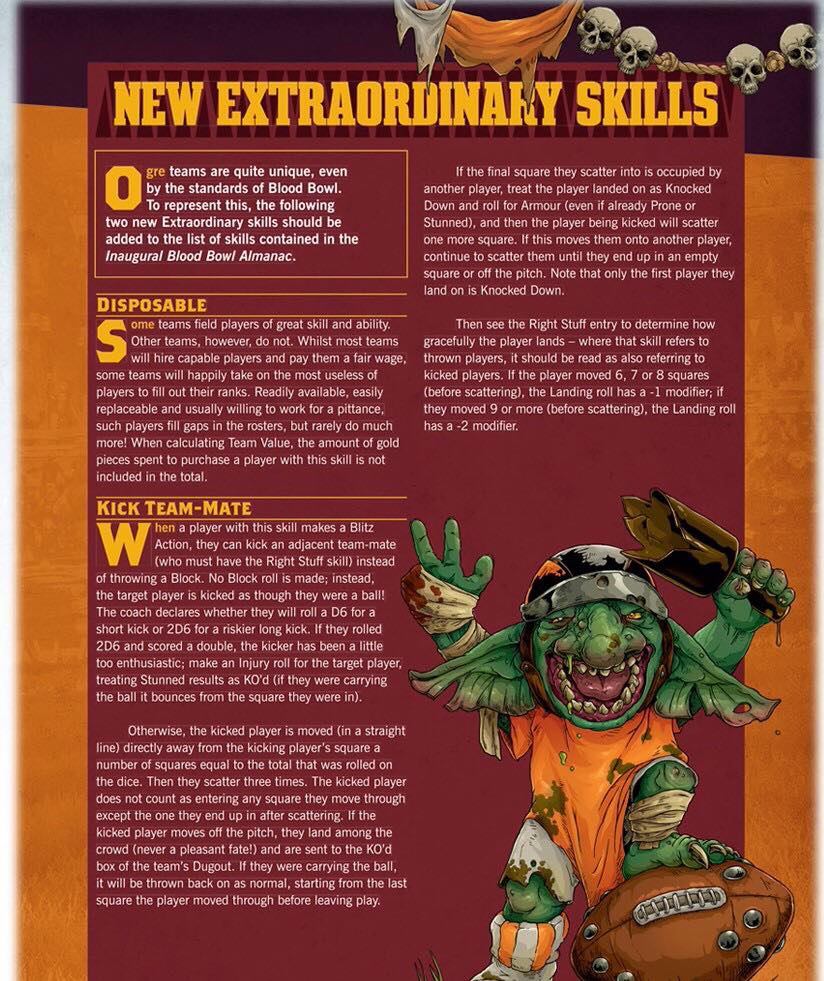 This is incredible !!! you can transform a blitz in a copy of Throw Team Mate ^^ granting a lot more option to do One Turn, as you can use the pass action to bring the ball! Also you can bombard the opponent with a gnobblar ^^ considering that only the landed on player is KD + Armour roll (The gnobblar still have to make a landing)

Damn, this is a dream come true, this rule/skills has been in discussion for as long I can remember Ogres team in BB. Our local league always added this rule to help the Ogres a little so it's good to see it's Official now !! 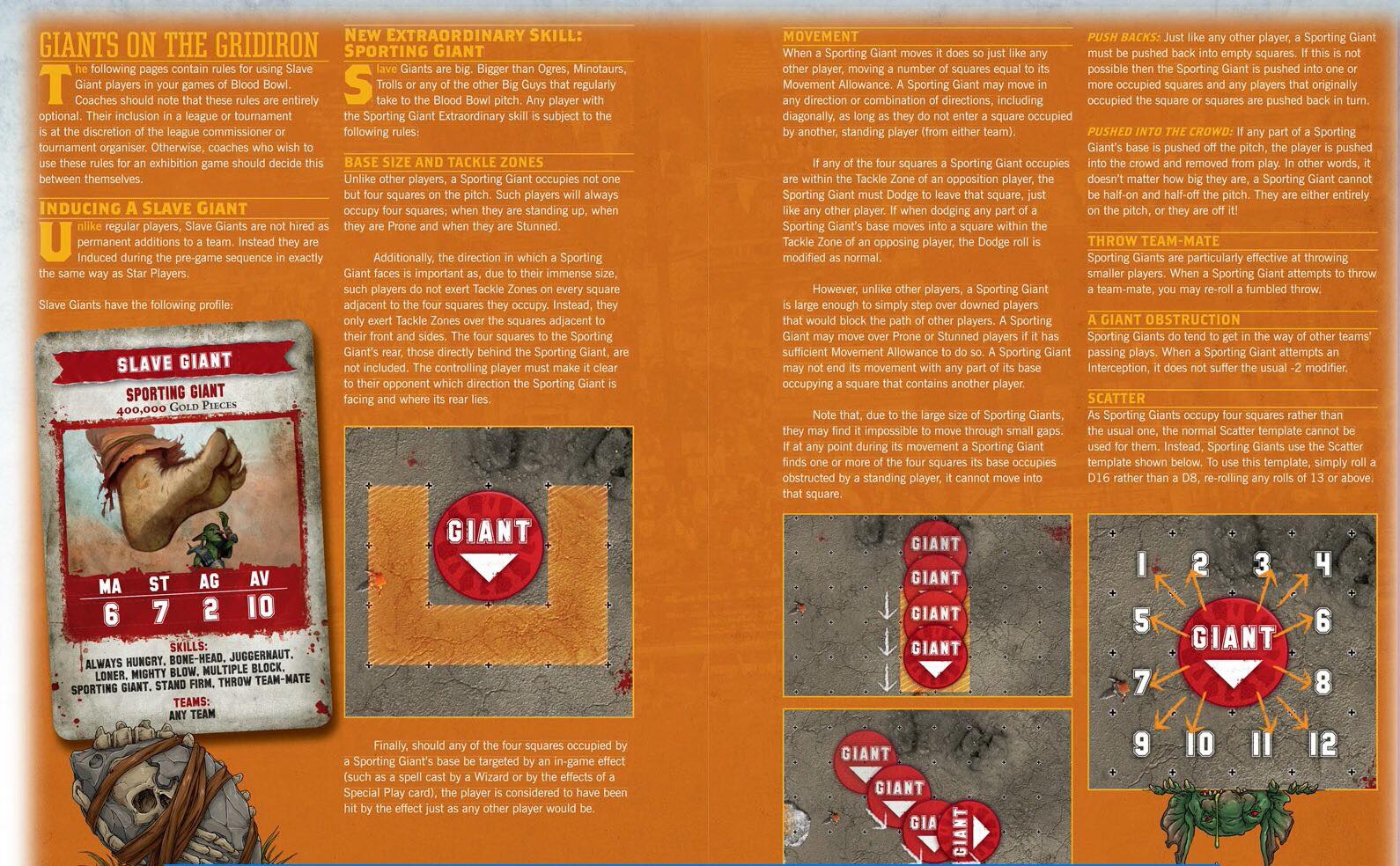 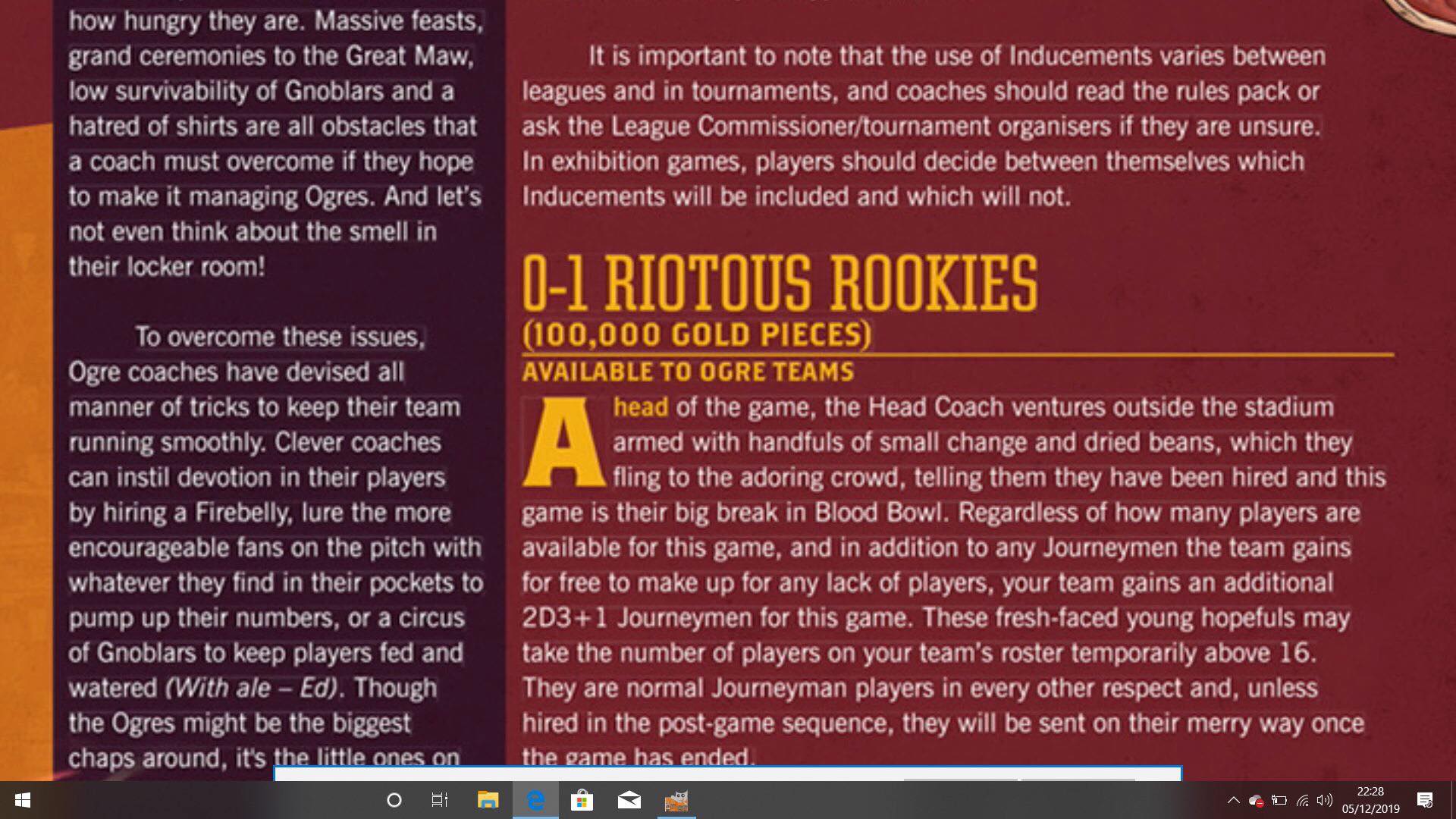 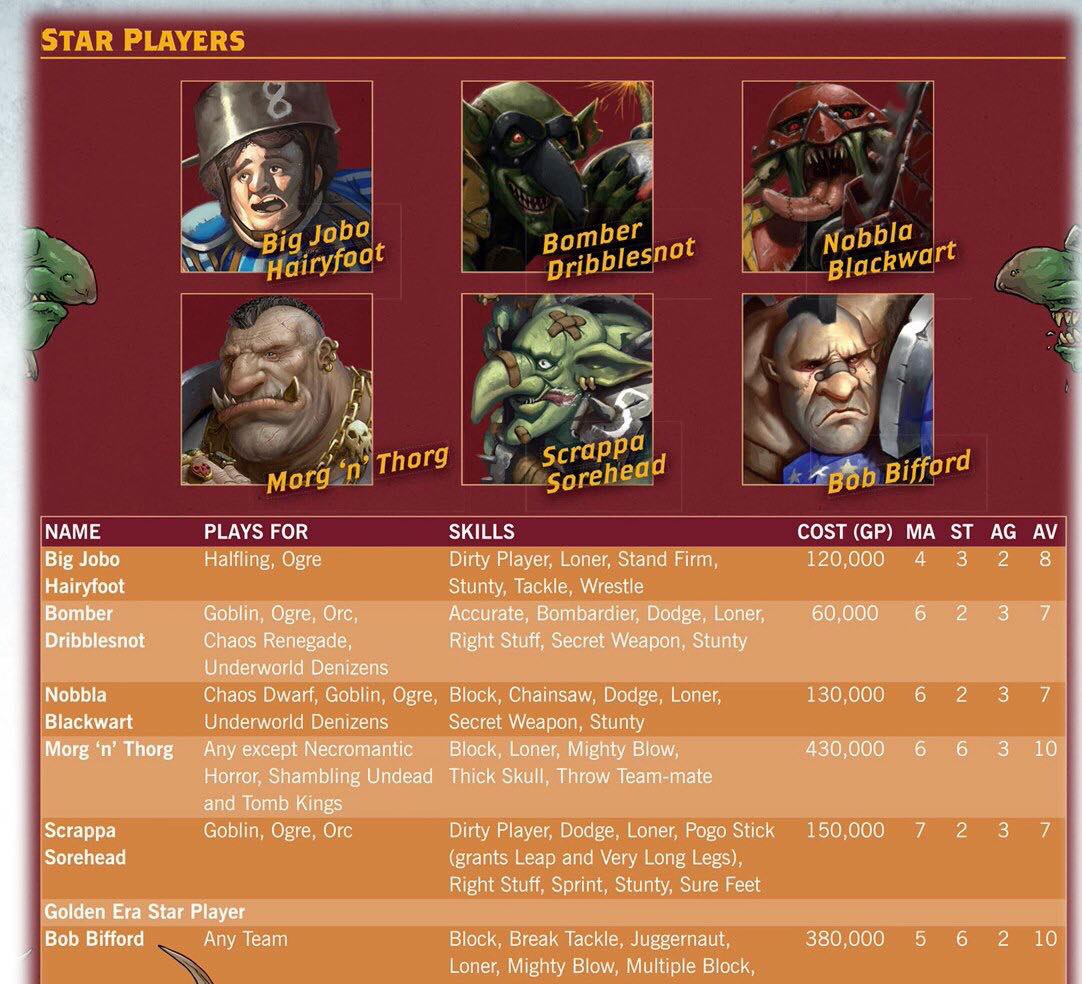 Good release for the Ogres Team, models are cool, rules are improved. Also FW booster is released at the same time so it's worth noting. In the end this release was handled very well.