Age of Sigmar : Slave to Darkness Host of the Everchose Legion review 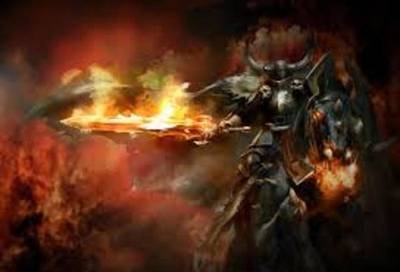 As seen in the previous post when building your Slaves to Darkness Army you get to choose 4 sub factions called legions. One of these is "The Host of the Everchosen". Yea that's Archeon Subfactions, Off course he can be played in other sub factions and you can plan this legion without Archaon but trust me, combine them profit ^^

In this Legion, there is no warlord trait and no Relics so if you have an unnamed general you lose the trait and have use Realm Relics. Anyway a Karakrak lord with Ghost amulet for a 3++ with reroll from a sorcerer lord is still a good choice.

The first battle trait is :

Exalted Grand Marshal Of the Apocalypse

Even if the name is a mouthful the effect is pretty simple. Archaon Mark aura is 18" if he is the General. Considering his base size you cover a pretty big area. 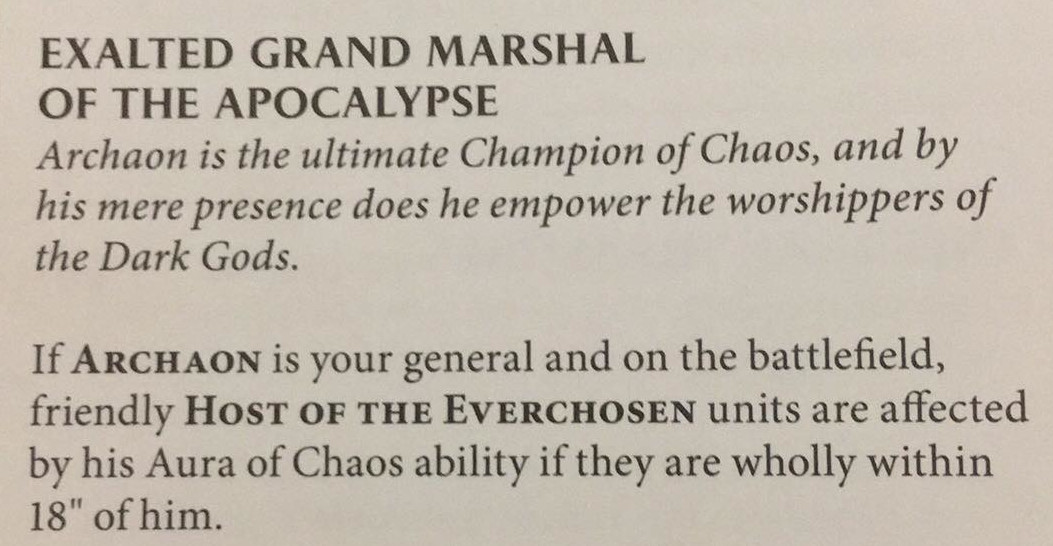 Note: Archaon have to choose a Mark when the list is created, the default choice is Khorne for +1 to wounds roll and rr1 to hit, but decide that by yourself.

Fearless in his Presence

Do not take Battleshock test without range limitation, simple and effective ^^

The Wil of the EverChosen !

Unlimited range support with this one. Choose one ennemy unit, from now you reroll 1 hit / wound in melee against it. It's very handy if Archaon is busy and want to help on the other side the battlefield ^^ 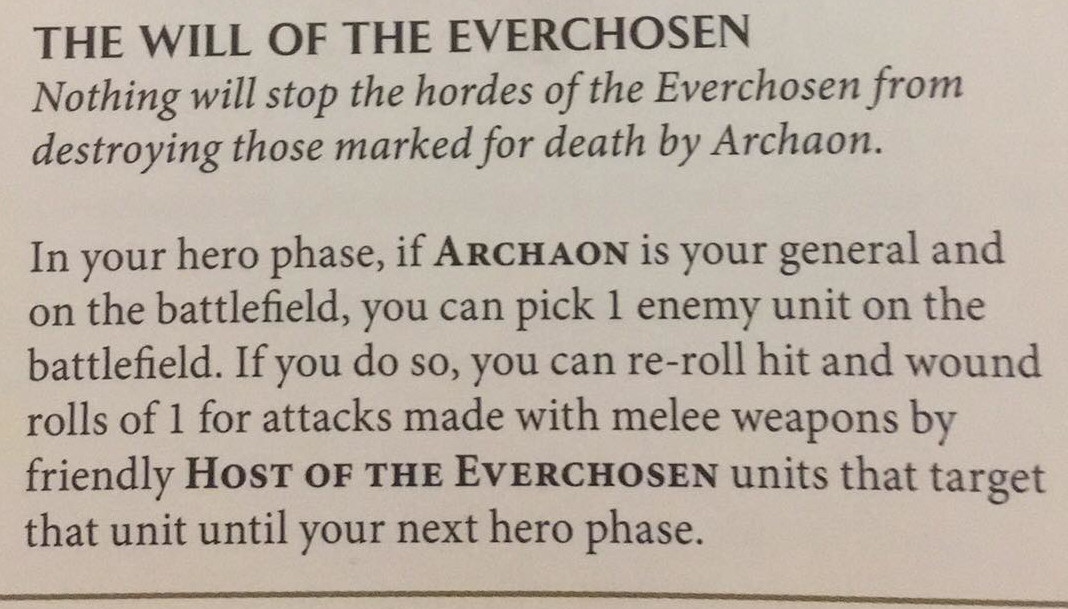 I already made a post when gw spoiled it earlier this week. We need a faq to use it in tournament and to resolve 2 Archaons Fighting. Still it's fucking Busted ^^ 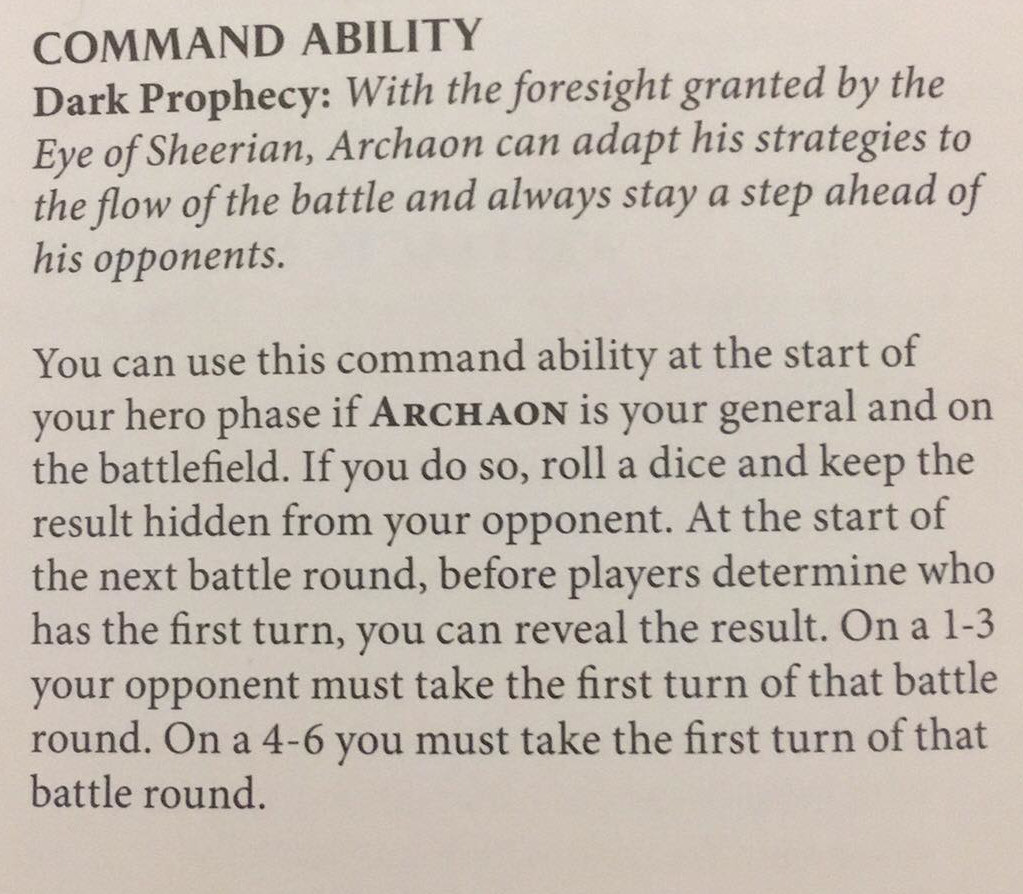 The Eight Circles of the Varanguards

In game when you choose this Legion you give one Circle Keyword to all Varanguard in the army. So you can choose any circle from one to 8th. Each one grants an extra power. 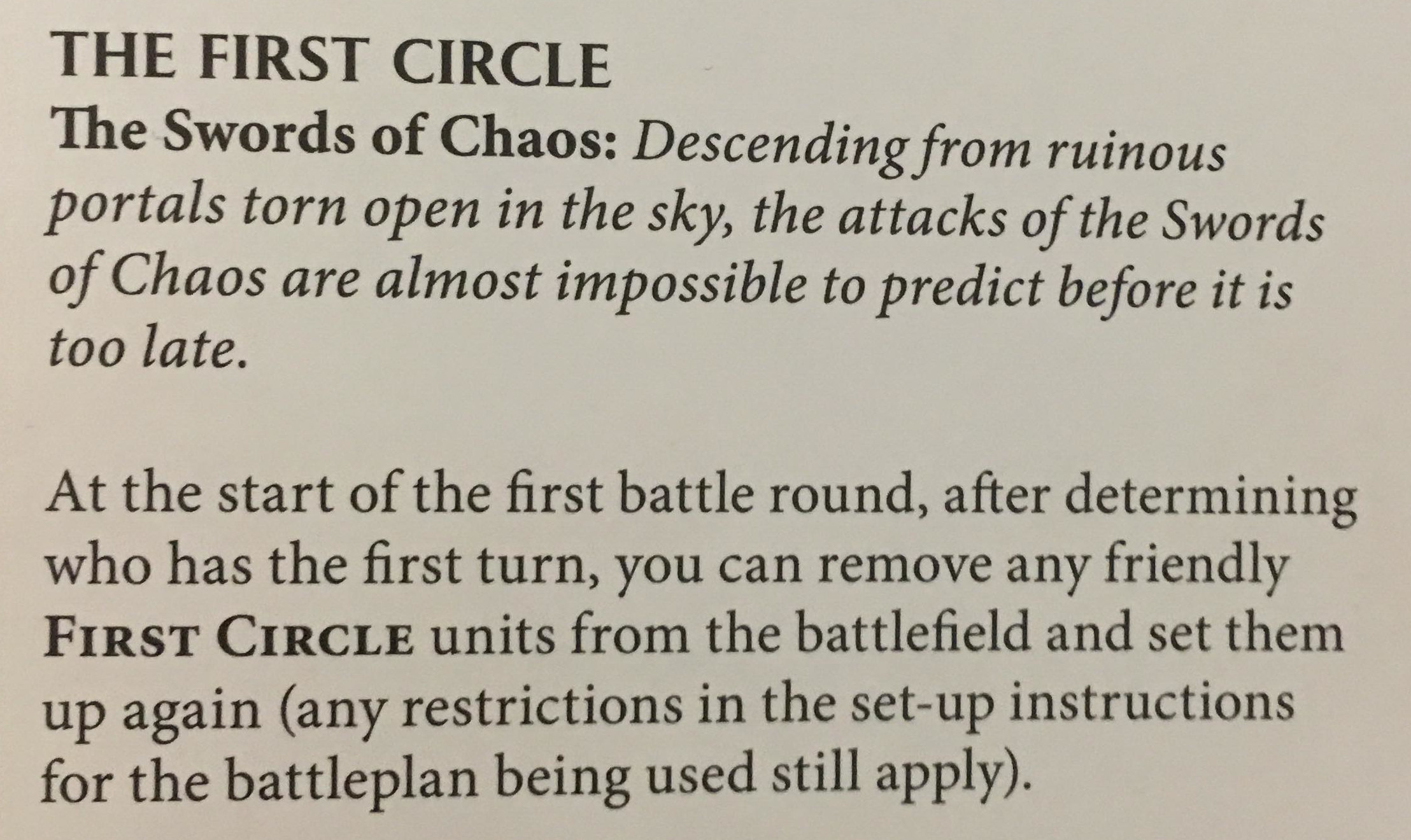 Free re-setup before the game start. Neat in some Battleplan.

Improve the Bravery Bomb and add 1d3 to the numbers of the models that flee. With Archaon already giving -2 you are on -3 + 1d3 on bravery test.

Interesting but would need a large number of Varanguards to justify it. but if you go full Vanranguard it's not bad. 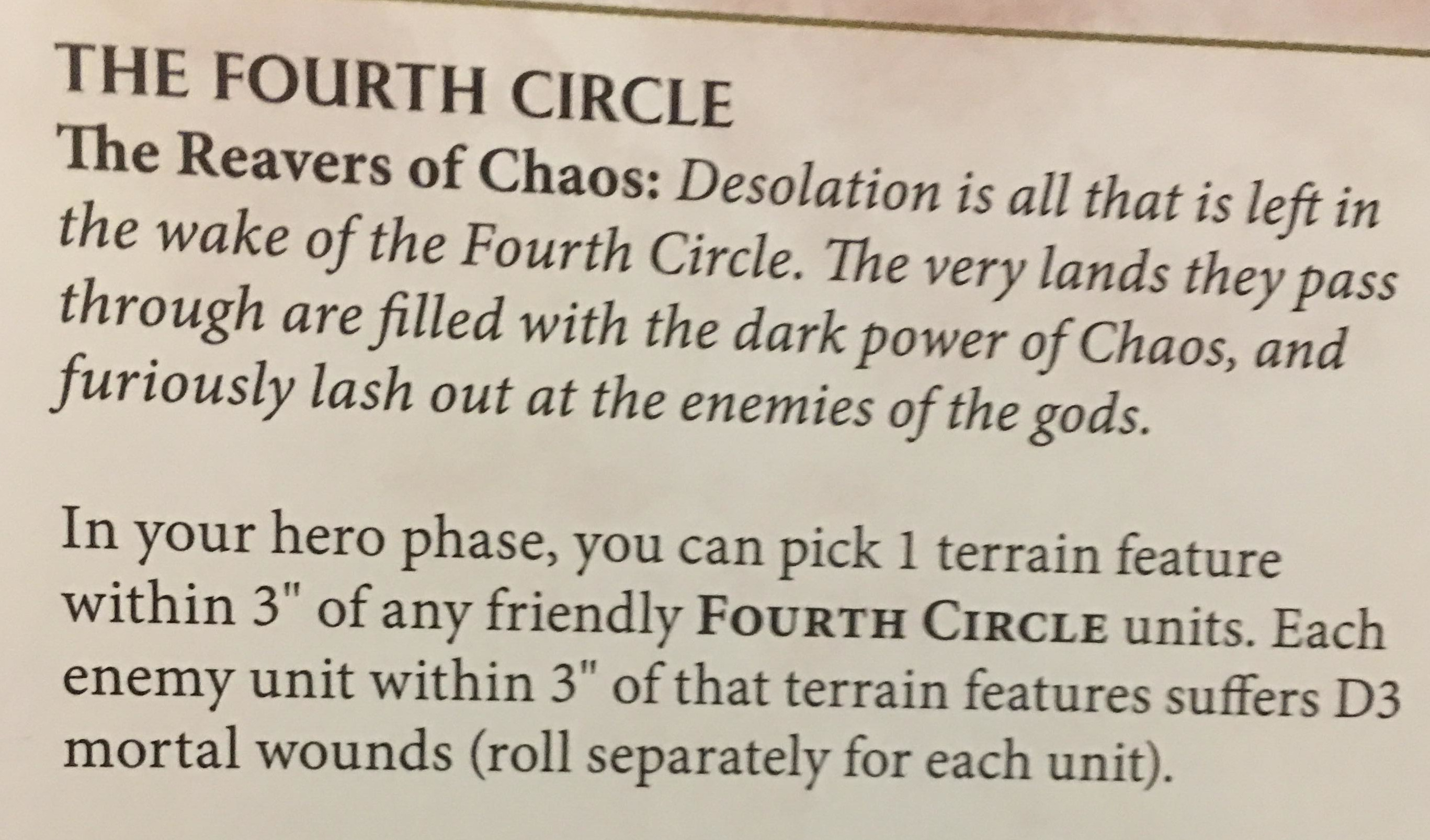 The range is really short but if you are camping a cover with your cavalry it's nice.

Now we talk! full reroll against heroes and Monster is damn good.

My choice! The plan is simple, Charge, pile in, pile in a second-time Problem solved.

You need to destroy a unit not a model to trigger it. Sure it's not hard to destroy stuff with Varanguards..still, it's not that great.

Classy ! and with small units you can easily fly over defence line and charge where it matters.

With the 8 Circle of powers, you have a bit more options for your Varanguards and it's cool. Still, some of them are not that great...

Overlord of Chaos is a Warscroll Battalion costing 120 points requiring 3-6 vanguards units. So it's 900 points + 800 for Archaon +120 = 1820 points for 10 models. The reward is that you can have a second Circle Keywords for flying & +1 dmg when charging Varanguards ^^

That's it for the Host of the Everchosen !! Some strong powers and a completely broken Command ability ^^At least we have now a good excuse to play Archaon ^^