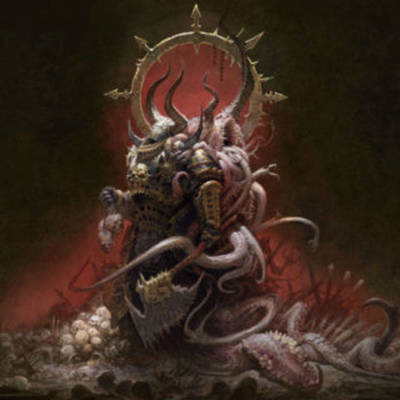 Part 4 of the Slaves to Darkness review with this time the Despoilers Legion. The despoilers focus on Daemon princes and Monster.
This is a weird one, to be honest, Daemon princes are now very strong but quite expensive at 210 points. Also they lack the "Mortal" Keywords preventing them from benefiting from most of the Buff / Commands in the Battletome.
But the special rules they have are very nice, so let's check them out and see what we can do with it. 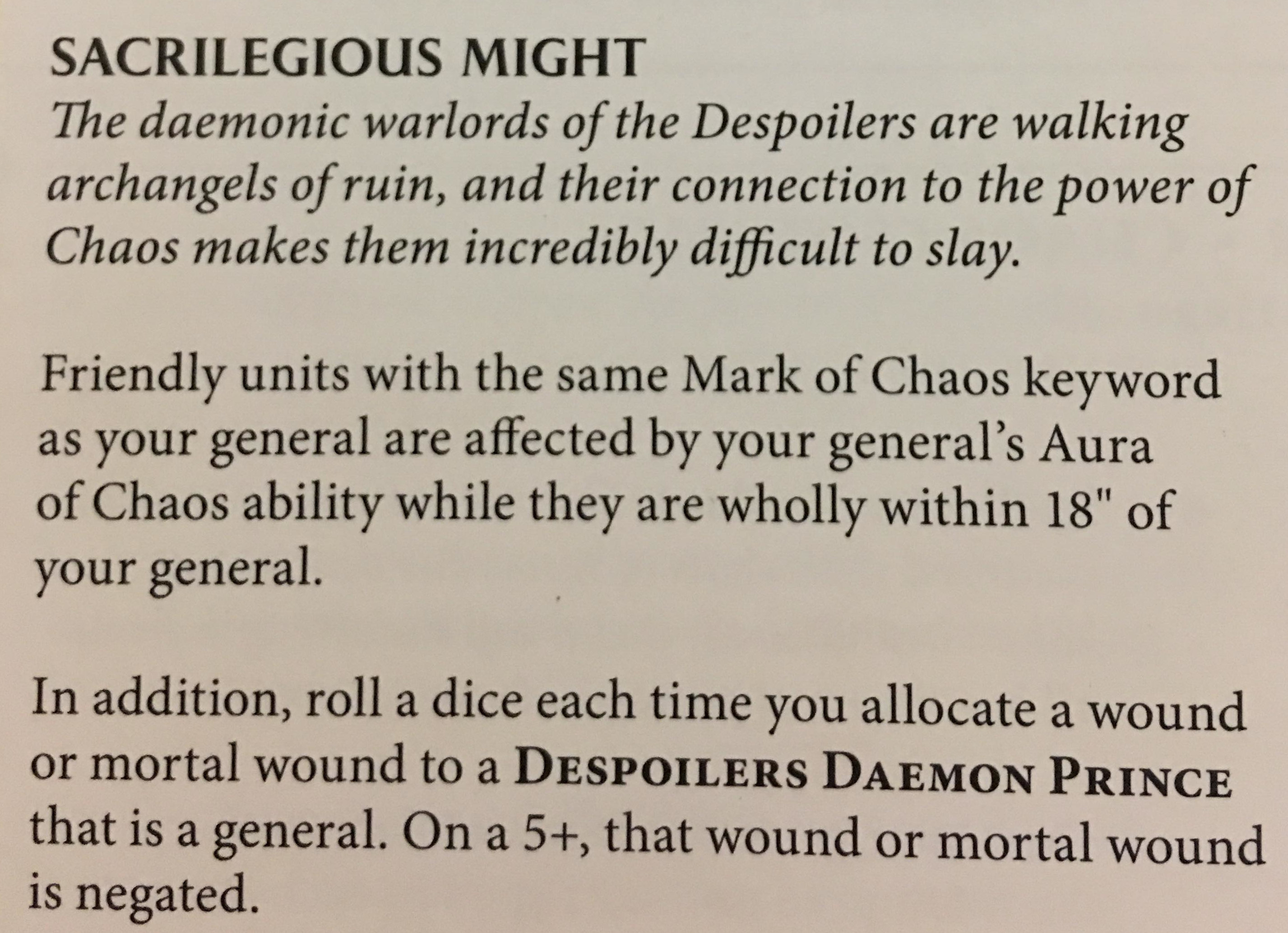 The first power is Sacrilegious Might. Grant an 18" Aura bubble for the general. Excellent, but you have to share the same Chaos Mark to benefit from the extra 6" range. It's not that big of a deal as you can deploy units without the right mark closer if you need to. Note this power is not limited to a Daemon Prince so any chaos lord can get it.

The second part of this power only works if the General is a Daemon Prince. Grant FNP 5+ and it's very strong so play a daemon prince general in here.

Blessed by the Unholy 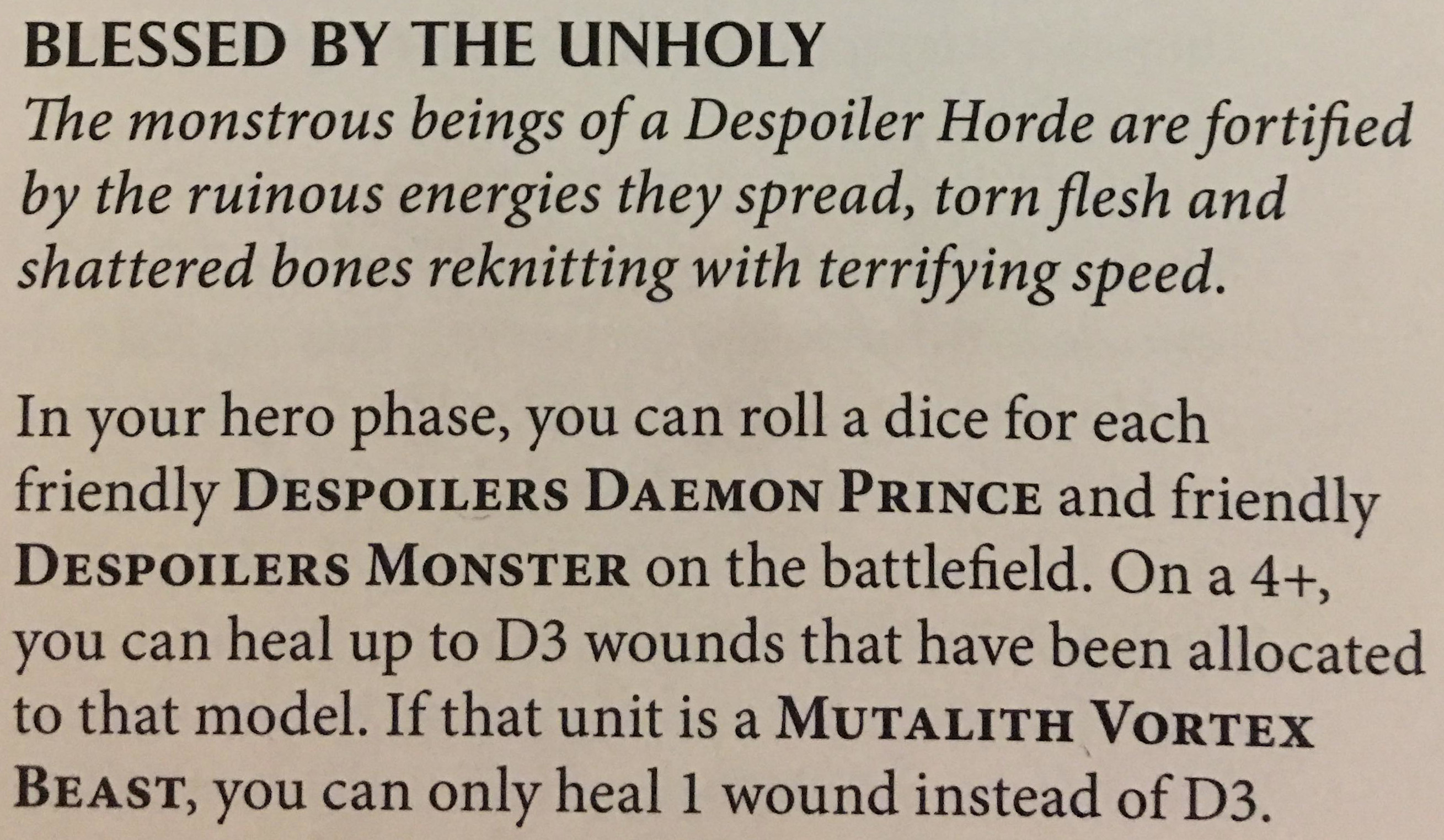 50% Healing chance for Daemon Prince and Monster during your hero phase. It's not incredibly strong but can mitigate a bit of ranged damage. Also your general is super important if you want to benefit from the Big bubble so everything help. 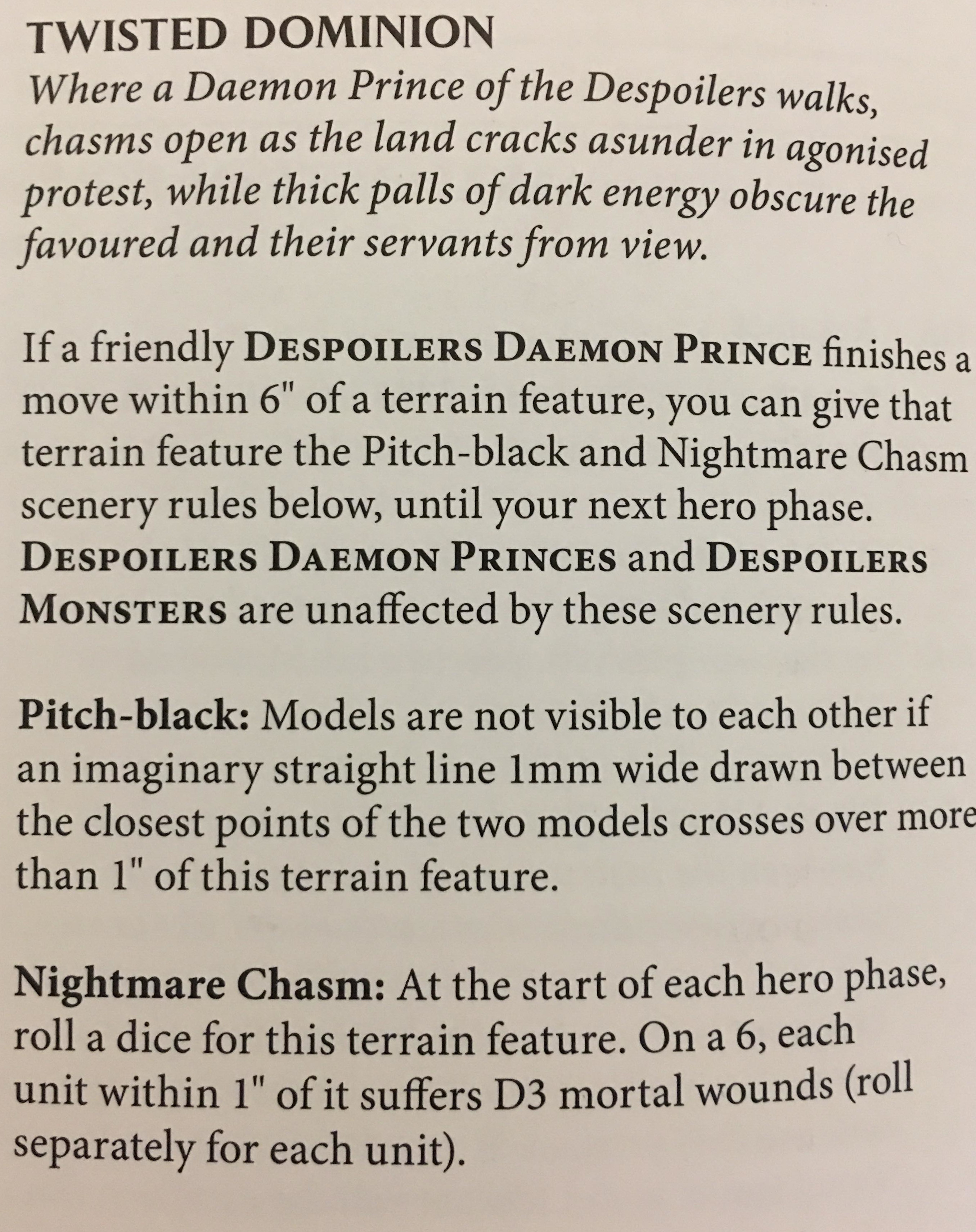 It's one of these powers that you don't realise the strength of it until you use it in-game. It's not limited to once per turn so multiple Daemon Prince can use it to block LOS just by staying in a terrain feature. Also Depoiler Monsters ignore the rules so you can still shoot with your Soul Grinder if you have one. Keep in mind that Twisted Dominion is a strong counter vs Spell Gun Line as you can easily block LOS from important spell caster.
Ie : You can fly a Daemon prince into a big terrain feature curse it and use the Daemon Prince Khorne command to prevent charging and run ^^

That's the 3 rules you get when playing Despoilers. With the updated profile to the Daemon Prince, I am interested to try this Legion. Something like 6 Daemon Prince 2 soul grinder + friends.
Daemon Prince always strikes first so having 6 of them improve the Alpha effect. Also with a bonus to hit on charge and bonus to wound with Khorne mark you are sure to deal a lot of damage.
Besides, you have some control with the Khorne Command ability halving charge and run distance.
I am not sure it would work all the time but damn it feel scary. Also, I always loved the idea of a Daemon Prince Flock !!

Also don't forget that DP don't have eye of Gods !


Warlords traits are not great, my first choice would always be Bolstered by hate to gain +2 wounds on my so important General!
10 wounds with 3+ and fnp 5+ is not so bad considering that in a pinch I can run him in a terrain, block los and use the command ability to protect myself. 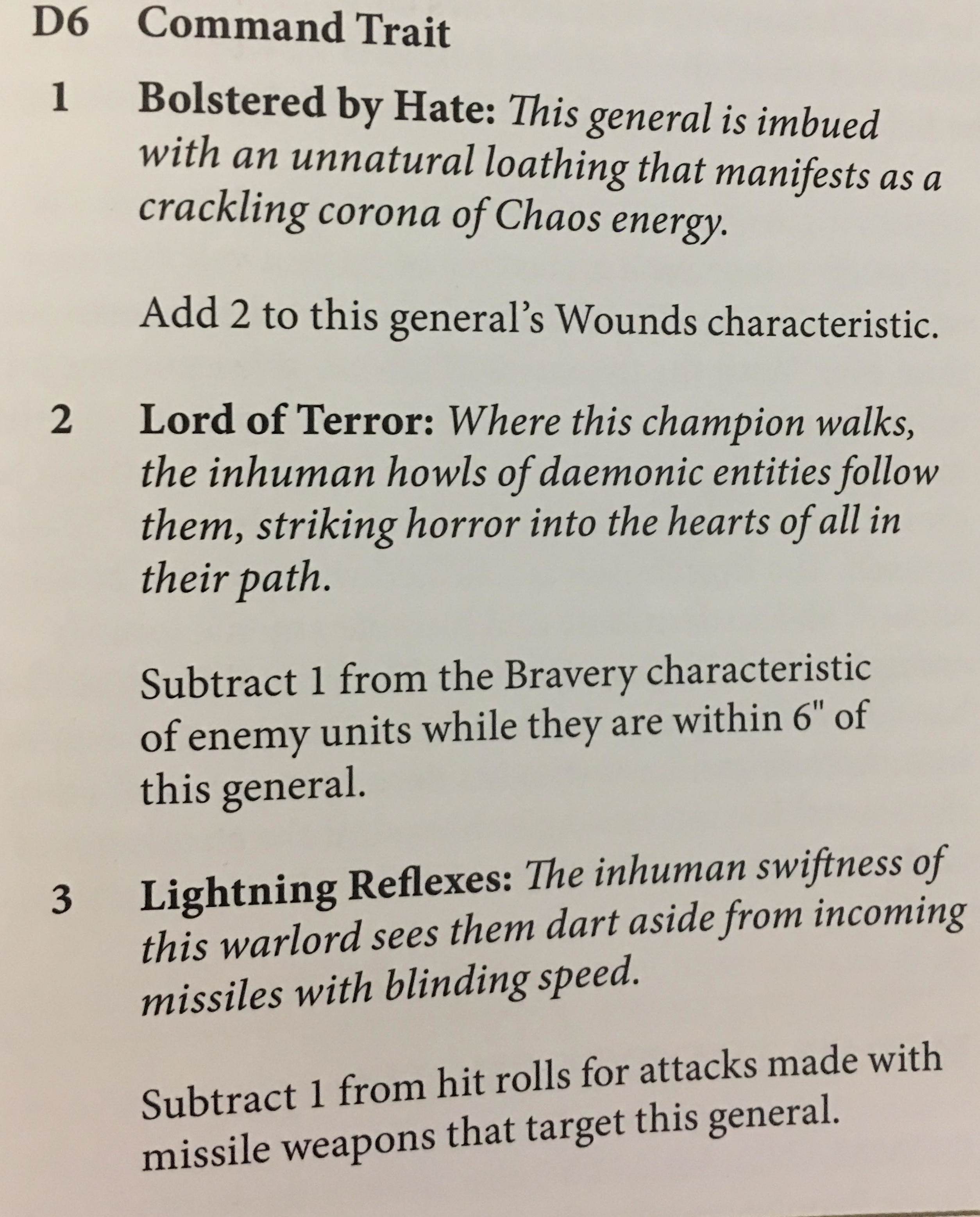 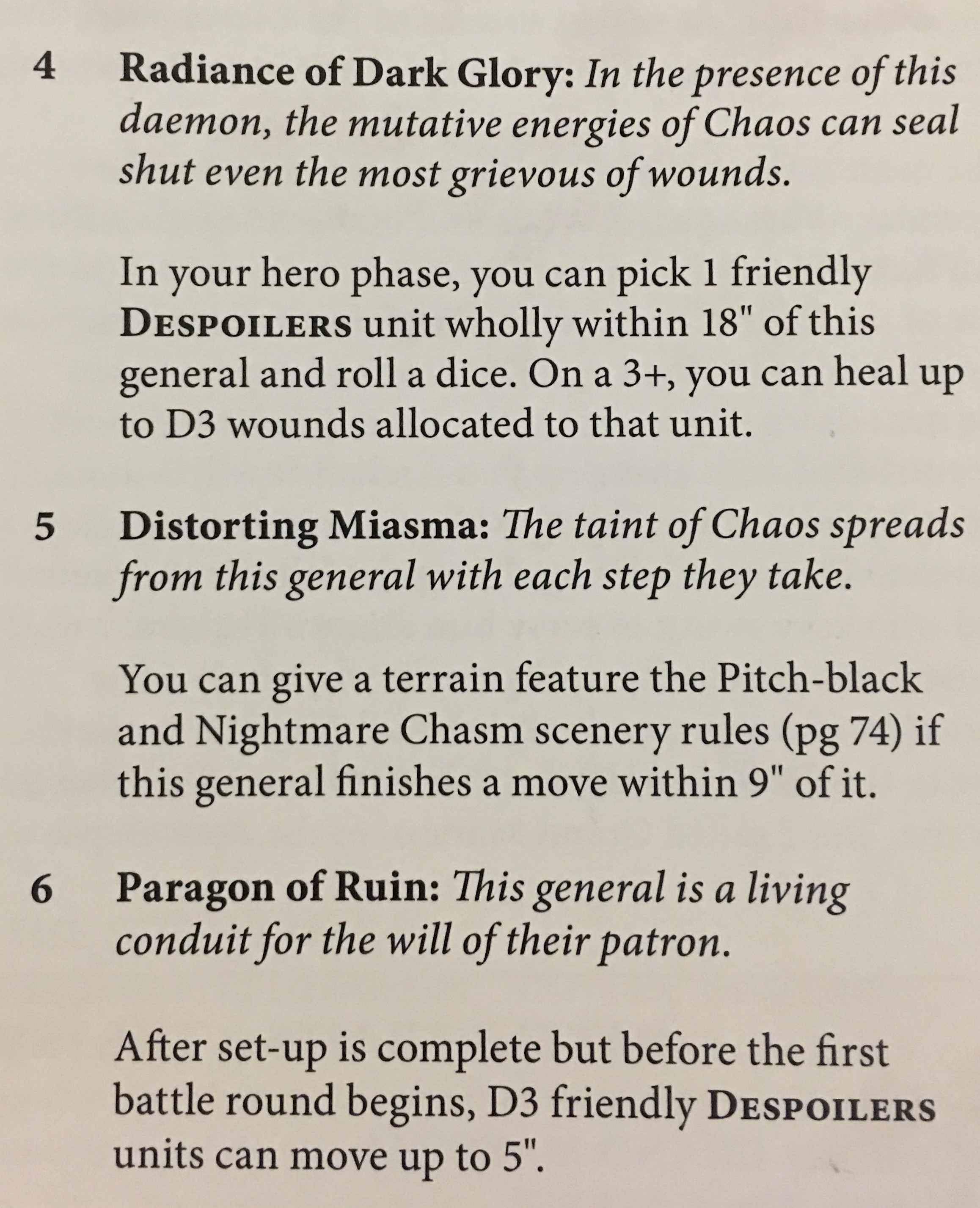 Again nothing really good here, I think I'll take the Ethereal Amulet for a 3++ and 5+ fnp ! Another strong option would be Sword of Judgment that on a 6+ to hit deal 1d6 mortal vs heroes and monster it combo nicely with the +1 to hit from the charge. The setup creates a very strong Heroes Hunter. 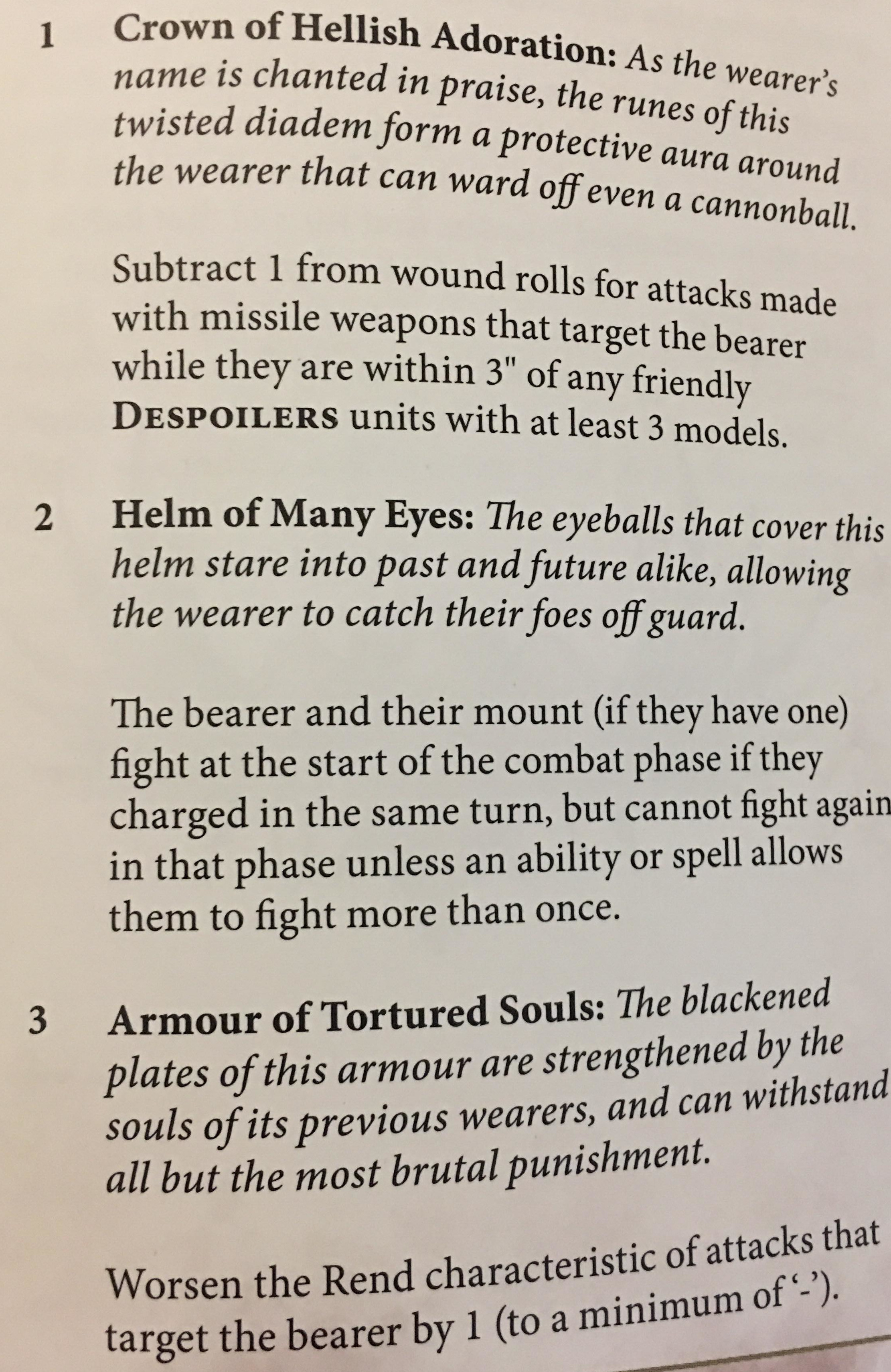 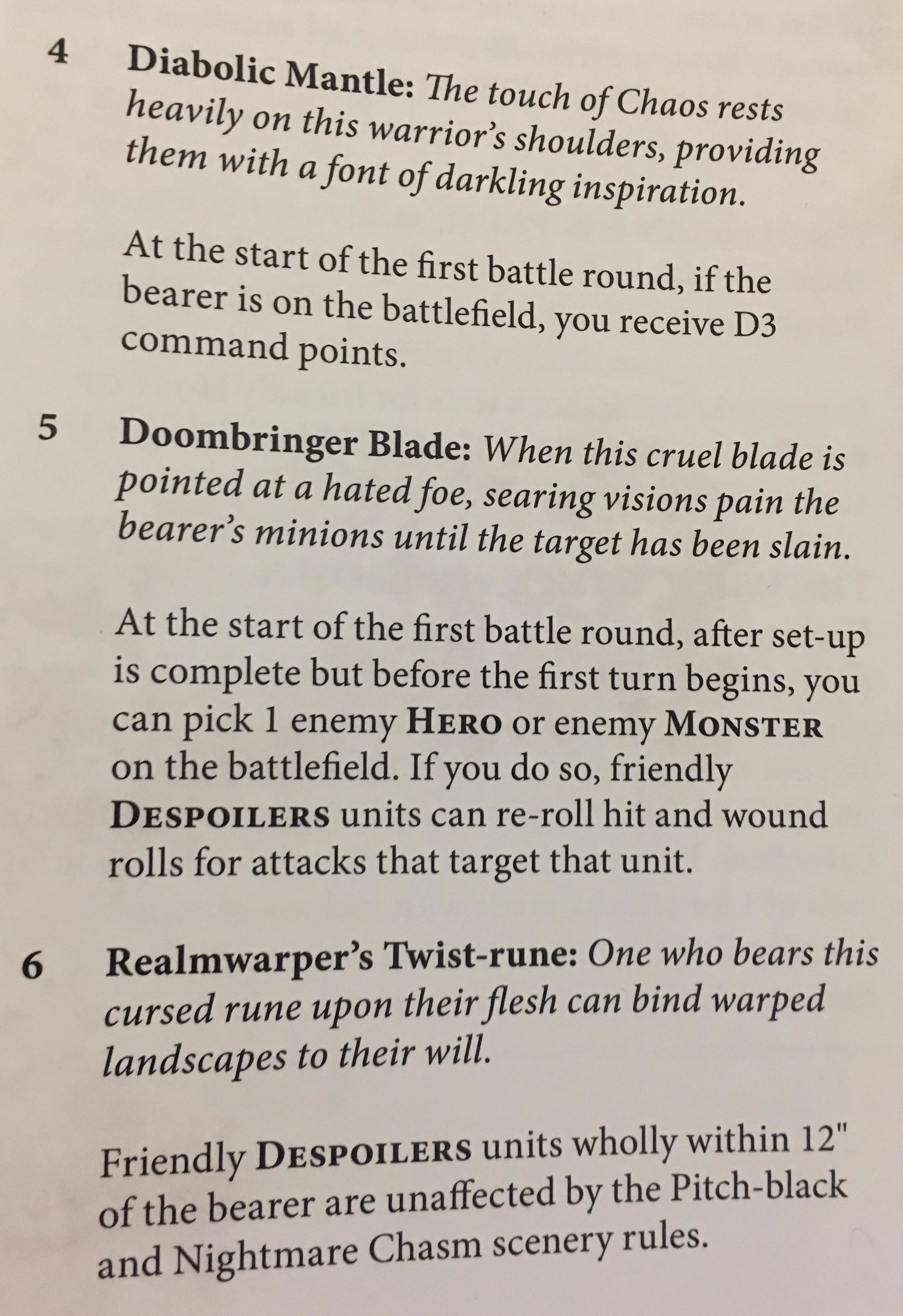 That's it for the Despoiler legion. There is not too much stuff to use but the quality of the Monster and the new Daemon Prince really help this Legion. It's super sad that no Warscrolls Battalion was made for this sub-faction. Also losing the eye of Gods is damn sad :/