Engine War is the seventh chapter of the Psychic Awakening saga, and it brings a whole host of new rules and models for the Adeptus Mechanicus. Today we’re taking a closer look at the book, including the reinforcements that will soon be executing the will of the Omnissiah across the battlefields of the 41st Millennium.

The Pteraxii are cyborg warriors equipped with flight packs. They come in two different units, the Sterylizors, who are honed for aggression… 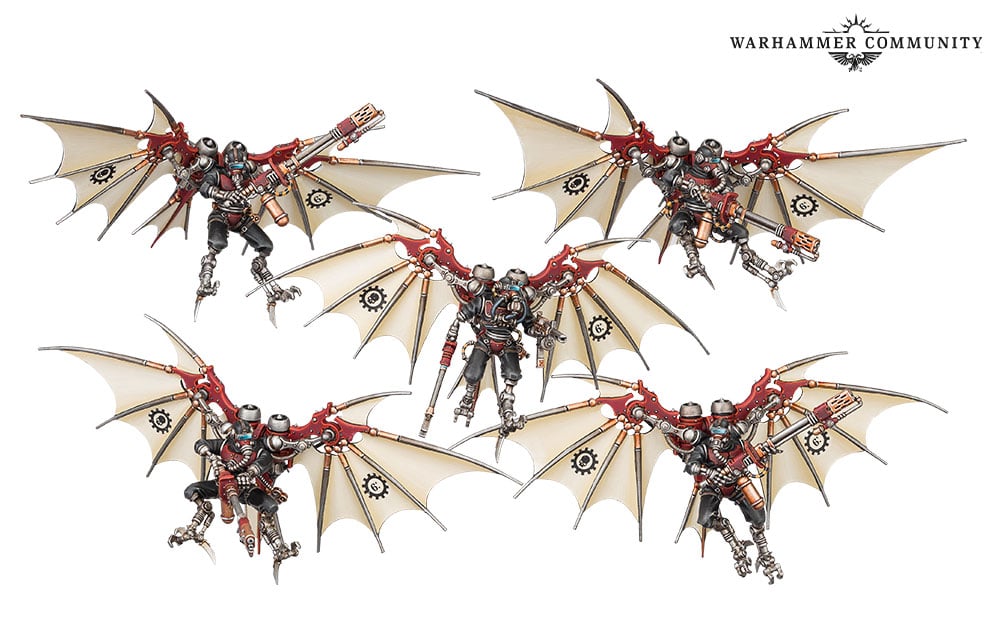 …and the Skystalkers, who seek out the best vantage points from which to pick off targets with their flechette carbines. 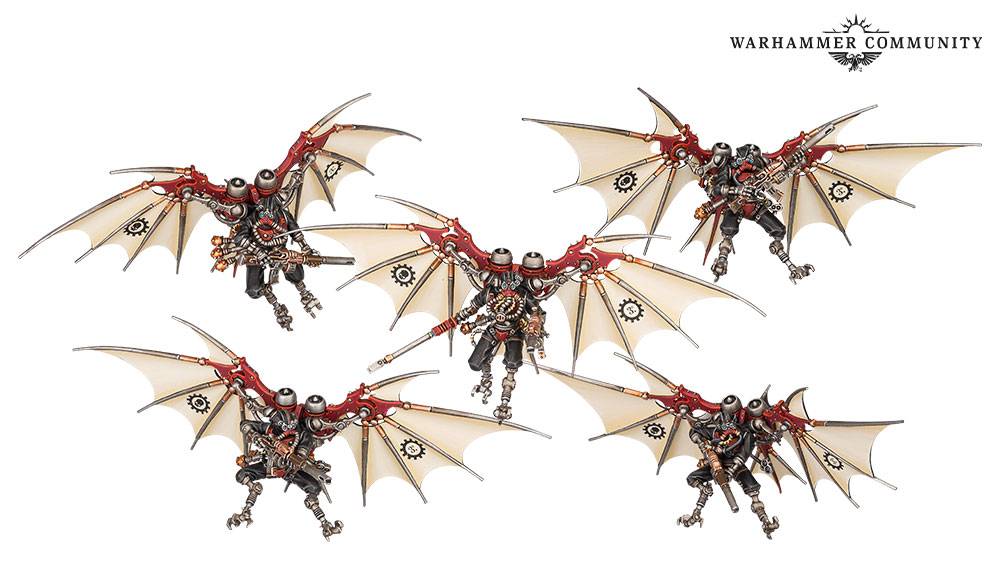 The new kit builds three different unit options – The Transvector is an aerial transport craft, capable of delivering your infantry in speed, style and safety.

If you prefer bombers, choose the Fusilave and drop payloads of ground-penetrating, tectomagnic bombs that cause seismic shock waves. 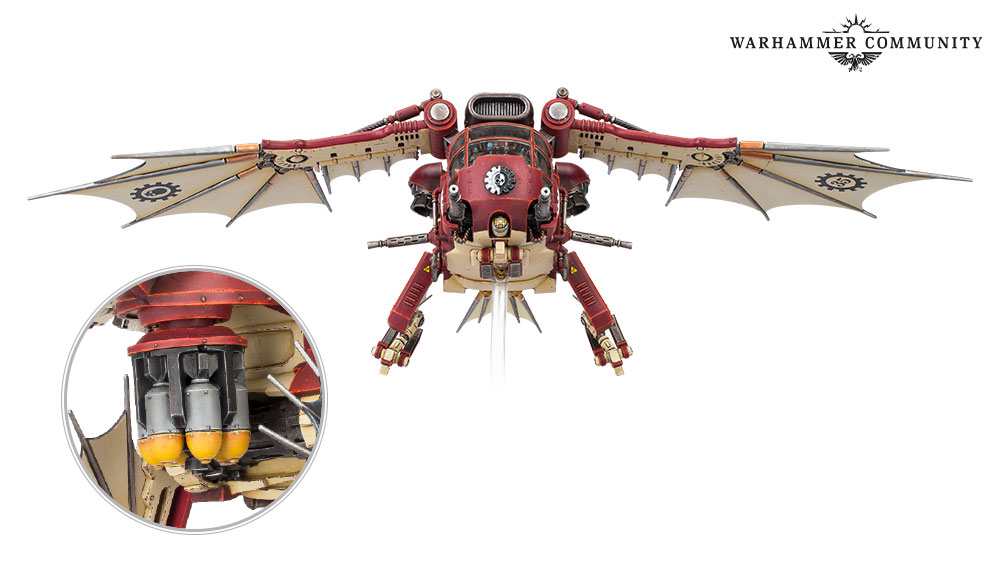 Finally, the Stratoraptor is the ground-attack variant, soaring in to strafe targets with its heavy phosphor blasters. 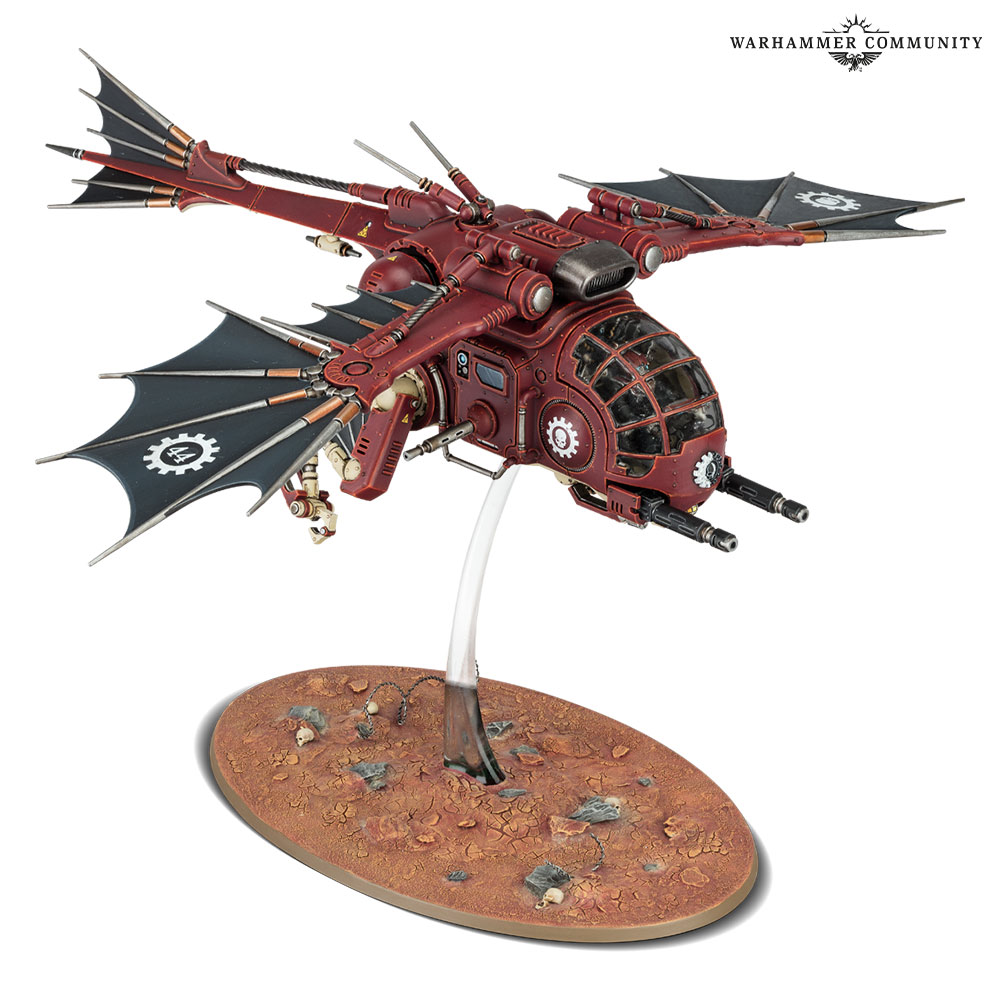 The kit is incredibly customisable, with optional wargear and the ability to be built in flying or landed mode, with the landing skids and legs modelled in different positions.

Only the finest Skitarii are promoted into the corps of Serberys cavalry. Once there, some of them join the Raiders, long-range scouts who excel in outflanking enemy units. 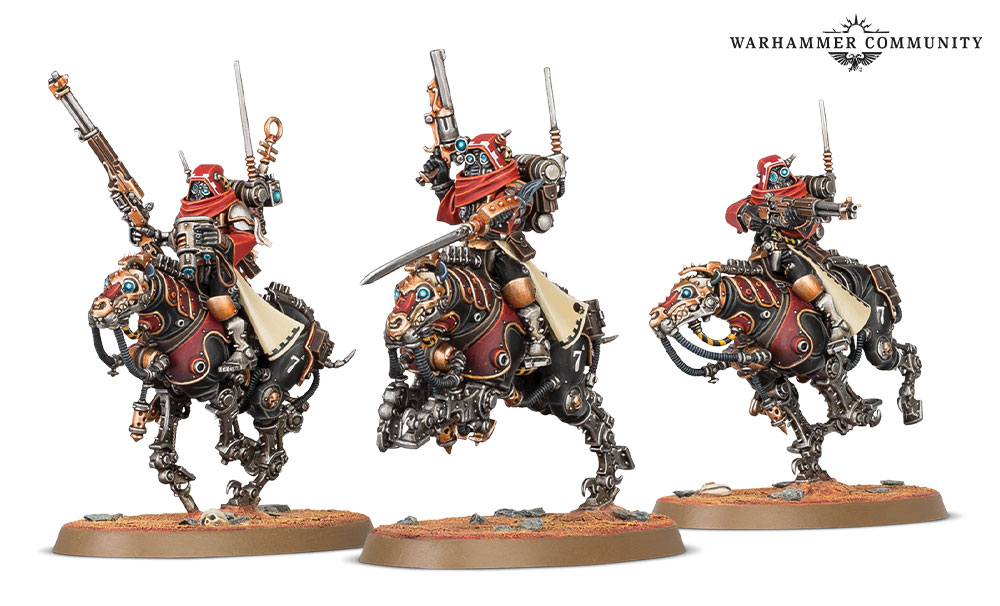 Others join the Sulphurhounds, shock line-breakers who smash through defensive positions, leaving no survivors. 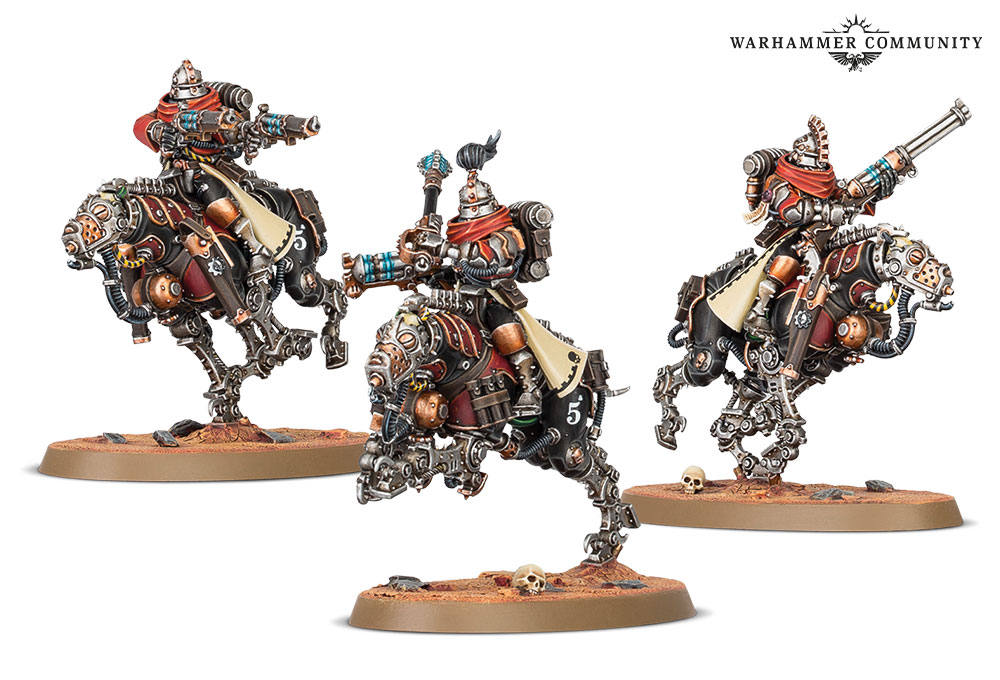 Very cool steampunk vibe with these new models. I am more and more attracted to the different style this army is having. Honestly, the models look very cool and very jules verne-sque.

Still not a big fan of the GW metal paints ^^