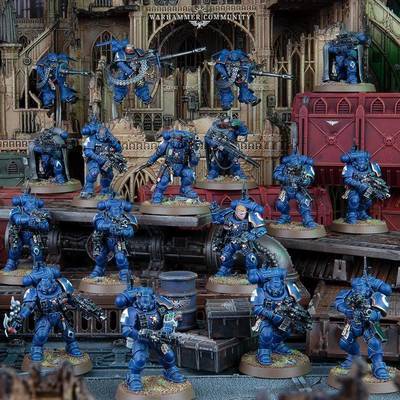 What is a Crusade Campaign?

If you like the idea of building an army up from scratch, then developing and adding to it over the course of multiple linked battles, you’re gonna love playing Crusade campaigns. From humble beginnings, your army will grow in size and strength as you spend resources you’ve earned on adding reinforcements while your units unlock new skills from their hard-won experience in battle.

Over the course of a campaign, your Crusade force will forge its own narrative, winning glory and earning enmities with each fresh victory and defeat. Heroes will rise from among your ranks, earning great renown or the honour of bearing mighty relics – maybe even ancient archeotech wargear – into battle…

Or if you fail a recovery rolls bad stuff happen :

To take part in a Crusade campaign, you first need to create an Order of Battle – a list of units drawn from one of seven factions (Imperium, Chaos, Aeldari, Tyranids, Orks, Necrons, T’au Empire) with a maximum Power Rating of 50.

With Requisition points you can increase the size of your army :