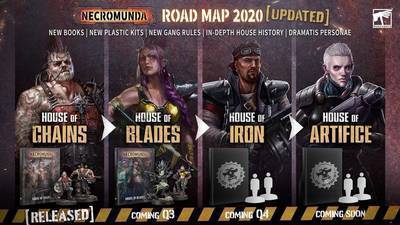 So House of Blades is Q3 and Orlocks are Q4. Van Saar are coming later (not specific yet) 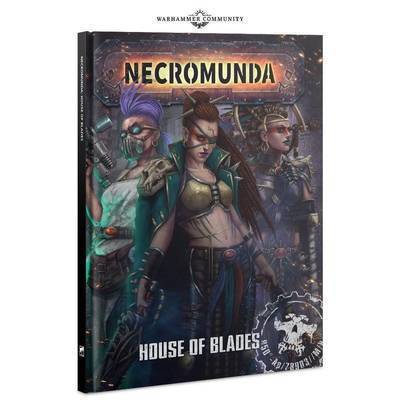 House of Blades will explore the background of the Eschers and be accompanied by new models ! 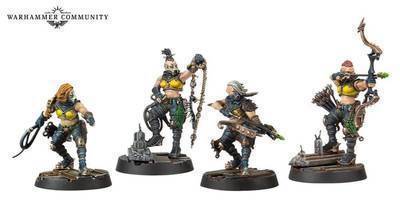 Within Escher society, the Wyld are those who have yet to settle into a permanent place in the habs, cults or gangs. But there are some who never do – they prefer to strike out on their own into the hive wilderness, exploring the badzones and the wastes – these are the Wyld Runners. They’re a completely new take on the young prospects of the House, armed with a selection of deadly weapons.

The Wyld bow is an incredibly flexible weapon, especially as it’s paired with a variety of different arrows. Use the standard one to quietly take out an opposing fighter without alerting anyone, or shoot the explosive arrow to disrupt a group of enemy gangers.

Wyld Runners can provide some crucial fire support in the early stages of a campaign, and they’ll quickly become incredible fighters in their own right thanks to their Fast Learner rule, which means they’ll soon be racking up advancements. Eventually, they can be promoted to a Gang Matriarch, allowing them to take advantage of the special rules of Escher Champions too.