War of Sigmar
created : 8 months ago

Tags : age of sigmar be lakor 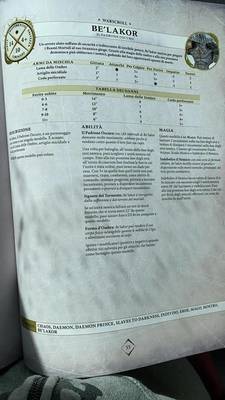 Be Lakor warscroll in italian,
Kind of underwhelming for the Archaon concurrent

• WARSCROLL • BEʼLAKOR THE DARK MASTER A winged horror suffused with darkness and brimming with terrible power, Be'lakor marches to bend the Mortal Realms to his tyrannical yoke. Thanks to the magic of the shadows and the demonic might of him he can obliterate the enemies, enjoying their agonizing spasms of death.

SKILLS DESCRIPTION
Be’lakor is a character and a single model. He is armed with a shadow blade, a deadly claw, and a piercing tail.

FLY: this model can fly.

This model is a MAGICIAN. Cast 2 spells in your hero phase and attempt to unbind 2 spells in the enemy hero phase. He knows the Arcane Bolt, Mystic Shield and Weakens the Enemy spells.

Weaken the Enemy: With a series of hissing formulas, Be'lakor instils visions of loss and despair into enemy minds, robbing them of their fighting spirit. Weaken Enemy has a casting value of 6. If successfully cast, pick I enemy units within 18 of the caster and visible to them. Until your next hero phase, subtract 1 from wound rolls for attacks made with melee weapons by that unit.

Lord of Torment: Be'lakor is invigorated by the suffering and terror of mortals. If an enemy unit fails a battleshock test while it is within 12” of this model, you can heal up to D3 wounds allocated to this model.

Shadow Form: Be'lakor can make its physical body as intangible as the mists of Ulgu, and equally resistant to blows. Ignore modifiers (positive and negative) when making saving throws for attacks that target this model.

Legion of the first prince ? 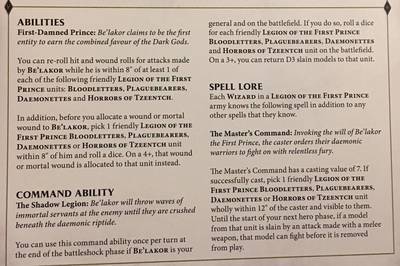 These rules were in Wrath of Archaon.
I don't know if they are still legal after broken Realms but if you stack them with the new Warscrolls it's not that bad. 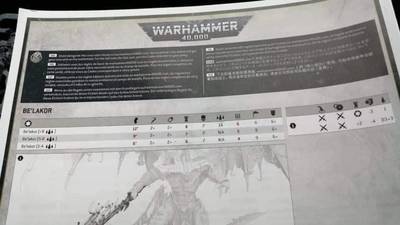 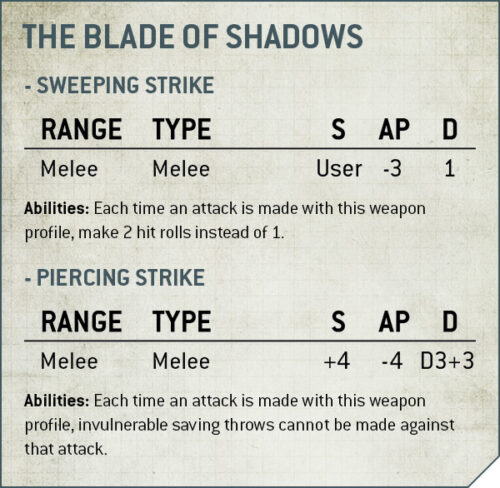