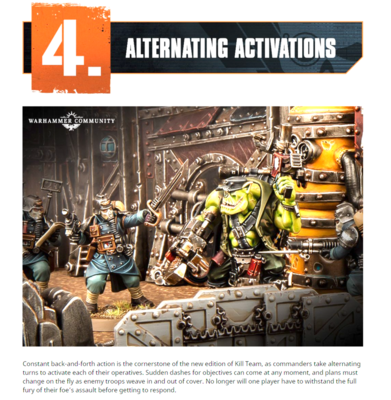 New kill Team Ed is around the corner and some new rules details have been revealed.

The big news is that KT is going to use alternating activation instead of the IGOUGO dear to GW games. This is an incredible improvement! After playing for 3 decades (yea I know ...) is it clear to me that alternating activation is 9 times out of 10 better for Game Balance, depth, simplicity, the fun of the game. The only type of IgoUgo I can accept are programing games where you give orders and resolve them.

In case you don't understand what I mean :

Most Skirmish Games use alternating activation and reduce the number of phases to start of turn phase, main phase, end of turn phase. I know GW really like the turn sequence and both concepts were on the table. I would really prefer a "main" phase instead of the usual move, run, shoot, fire, charge, fight ...

Look like Kill-team is going to be a "modern" game from the game design point of view. I remember when I read the previous edition I was really unimpressed with the ruleset. 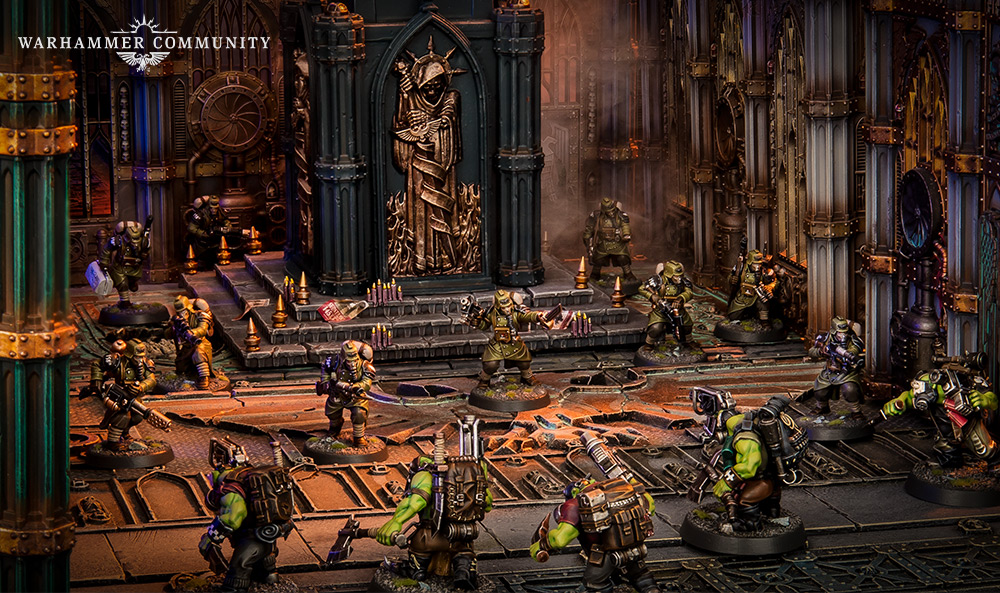 it's like Xwing or more recently Marvel Crisis Protocol (incredible game). Having collaborated on the rules writing for a new game "Caeris" (https://www.facebook.com/Occicat/), I am a big fan of the Move by Widget, it's a lot simpler and solves a bunch of rules problems. Big change for GW, better than IgoUgo by far for all sorts of Skirmish games. KT don't use 40 rules and will have a better granularity and it's a lot better ^^ Models are super customisable to reflect there in games abilities. It's always cool when each team look very different from the other. 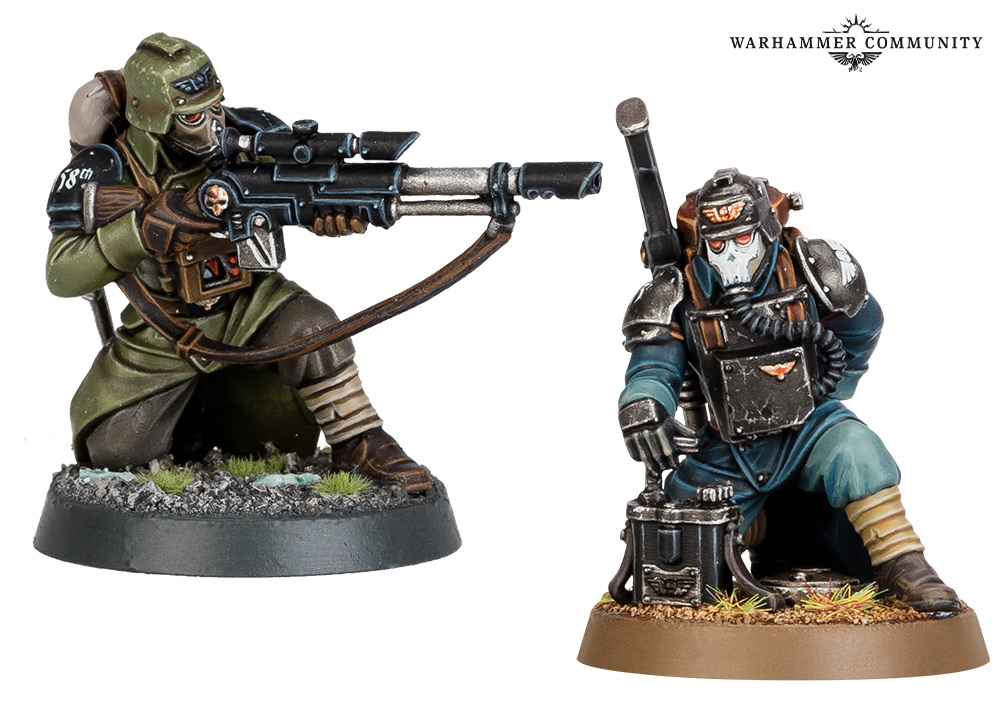 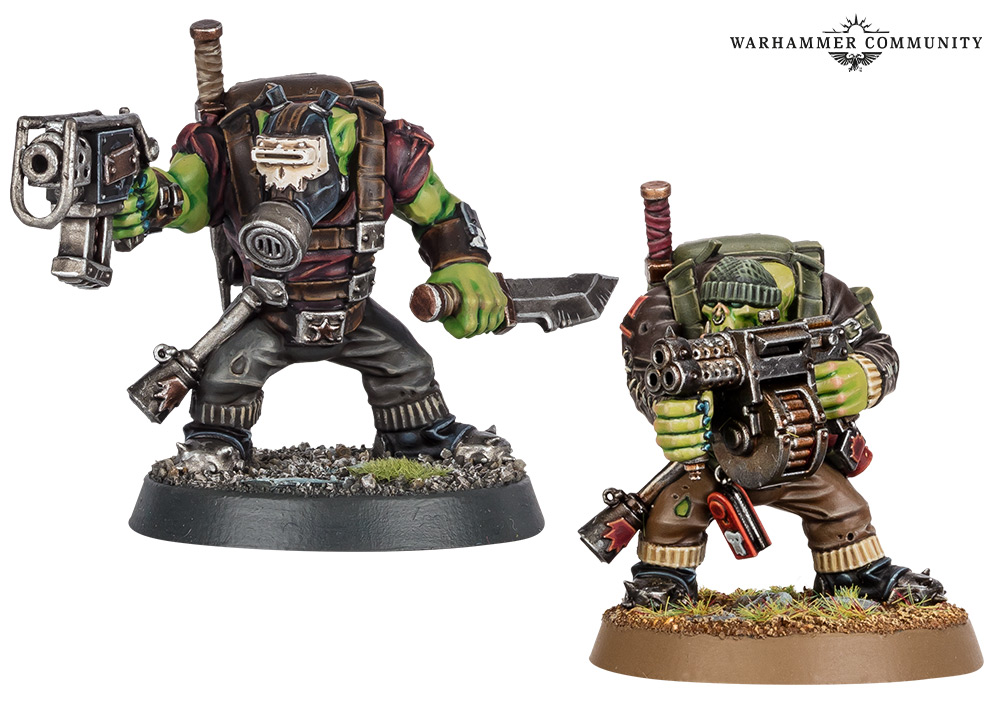 Super hyped by the new ruleset, I can't wait for the release date!