War of Sigmar
created : 15 days ago 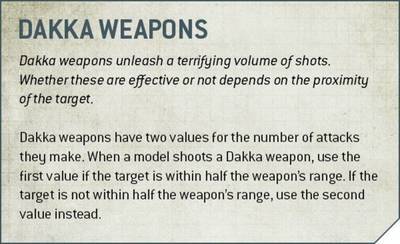 New Orc codex has a new Dakka Rule for ranged weapons. It sounds like old Salvo weapons where you get more shots at short range.

But note that Dakka Weaopns are a new types of weapons and are not Assaults that mean you can't run and shoot anymore...

But what about the new Waaagh rules ?

Orc Boss get Waaagh Speed Freak boss get SpeedWaaagh, Ghaz gets a combined Waaagh (does that make him auto-include ?) 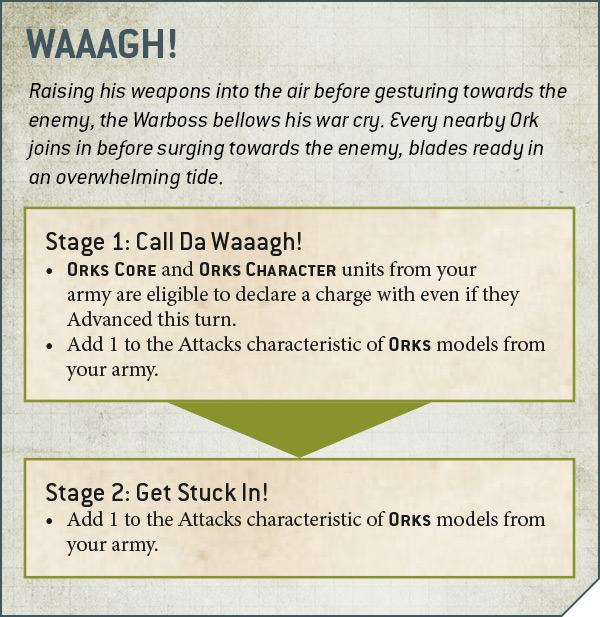 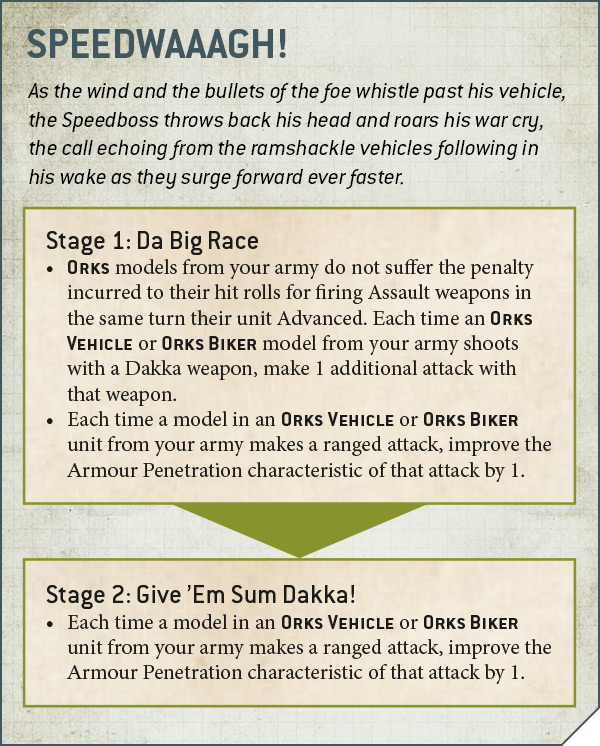 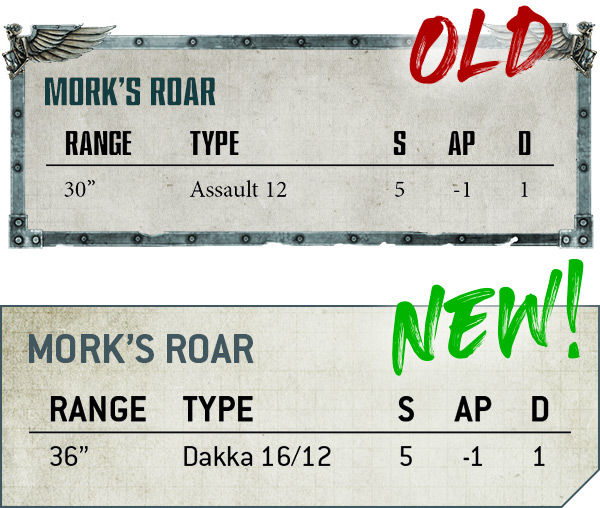 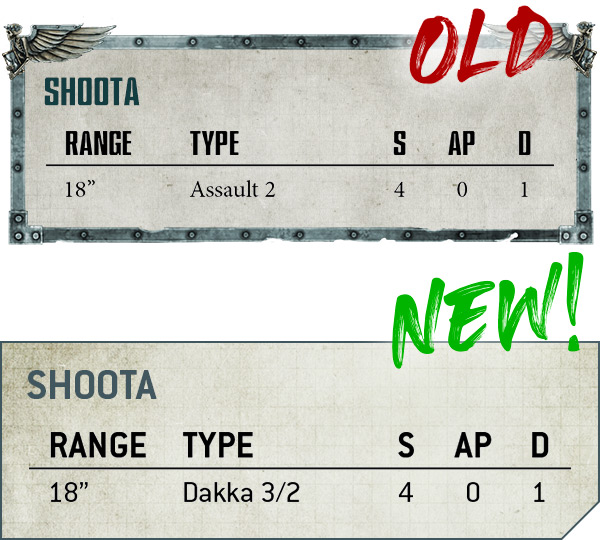 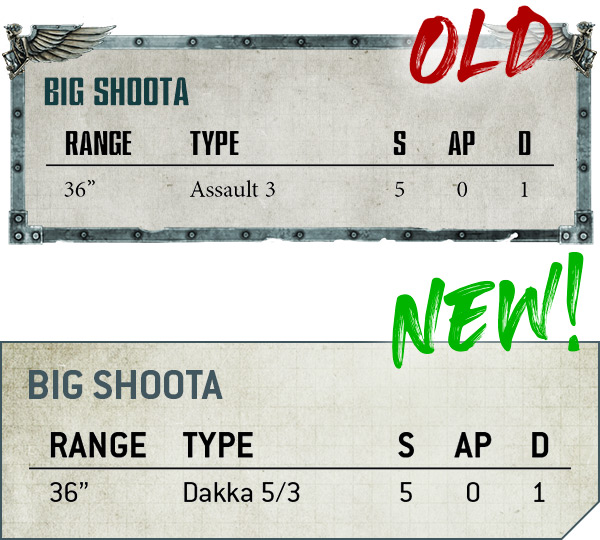 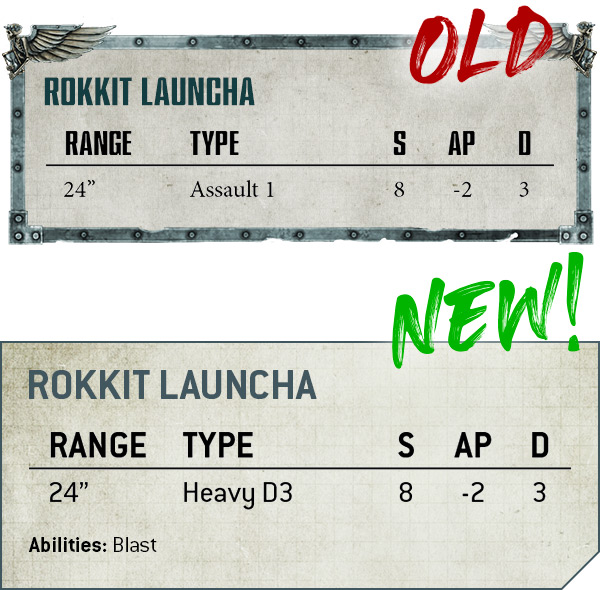 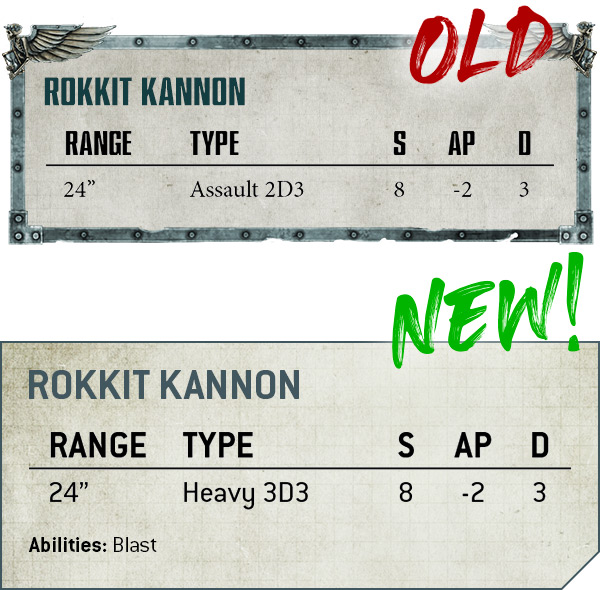 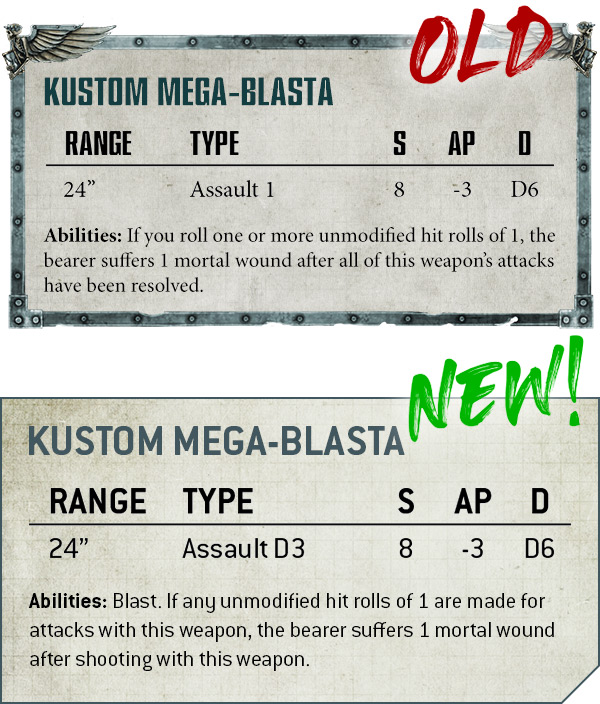 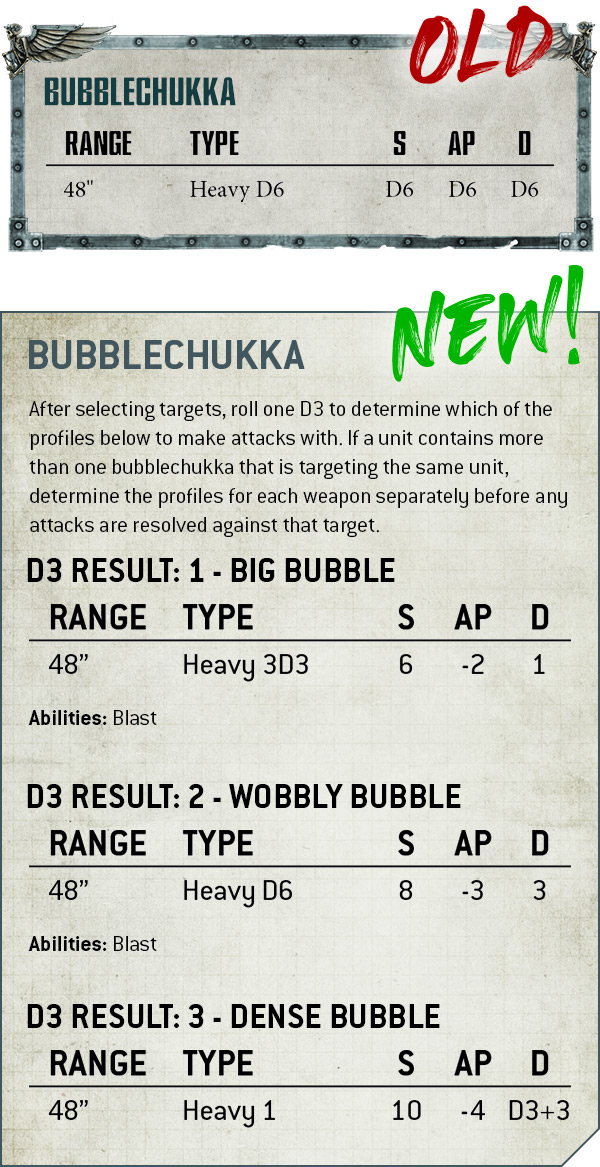 The Rokkit Launcha Heavy D3 with blast is interesting. First, you can't run and shoot anymore.

Against small unit and vehicle if you have to move it's on average the same (1/3 vs 1/6*1d3). If you don't have to move or can move without penalty it's a big buff! (twice the number of hit on average)

It's a small nerf vs small units if you need to move and a small buff in other case.

Bikes with dual big shoota are happy in a speedwaaaagh ^^ 12 shots per bike with extra ap ?

For normal Shoota considering the Waaagh does nothing for them and you can't run and shoot anymore the new weapon profile sound irrelevant....Maybe it could be good in some corner case but for now, i am not impressed!

What do you think of this new Dakka Weapons type ?