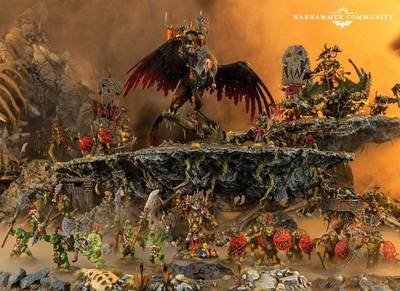 Coming soon with the next wave of Orruck Models, the Orruck Battletome. It's going to soup all orks together : Ironjaws, Bones & Krulle...

Combined together there is a large choice of model and i am really interested to see how gw is going to handle the Big Waaaagh.

KrullesBoys have at least 2 subfactions one ranged and one creepy ^^ 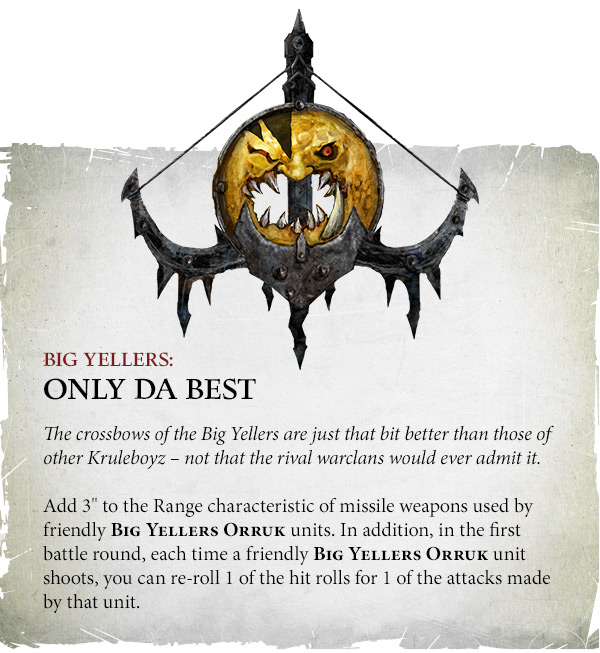 -Big Yellers can take Boltboyz as Battleline units – perfect for the orruk gunline army you’ve been dreaming up.

Ho shit Boltboys by units of 9 and with +3 range ^^ yea this one is going to be popular.. 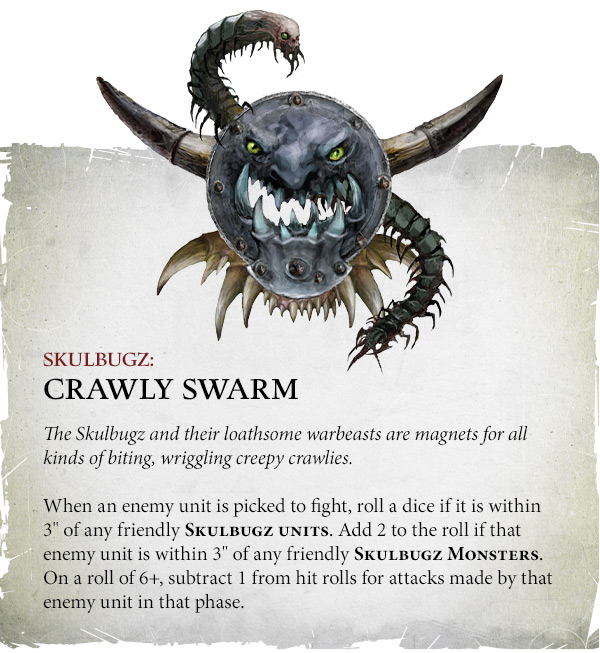 Second sub faction power...meh if you play heavy monster list...trash if not..

Is that new kind of command ability? or something you choose before the battle ? i don't know yet.. 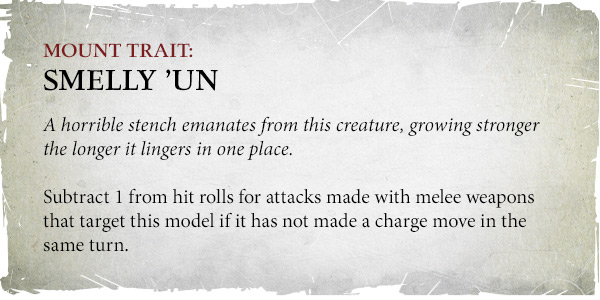 If you want to take orruks from the Kruleboyz, Ironjawz, and Bonsplitterz, the new battletome gives you the rules to gather a Big Waaagh

You don’t have to give up all your subfaction’s battle traits, either – each of the three retains their best ability.

So this sound good...

then the big waagh part is :


You’ll start by gaining a little extra speed, before increasing your hitting power, and finally earning the ability to blow all your points in an onslaught of manic fury. 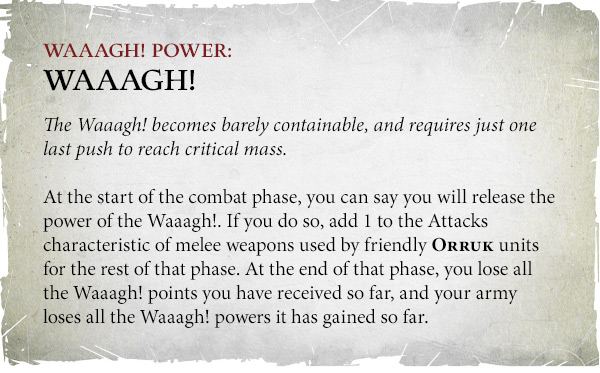 Waaagh power was never used before ...it changed a little....it's no more a command ability, affect whole table, but you loose all the waaagh points at the end of the phase...

So it sound like a shorter table with less power but you keep allegiance abilities ....

Will have to see but for now having units of 9 boltboys with one shaman nearby is super strong. that's 18 shots with 5+ for dual mortal so 12 mortals wounds and 4 extra save with dmg 2.