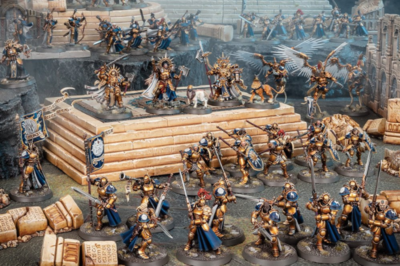 As you know, a new Stormcast Eternals Battletome is on his way. It's make sense as they are the AOS flagship Marines and it's a given that new editions will see a new SCE battletome. I wonder for how long they are going to keep this trend of presenting SCE as AOS showrunner considering they are not really popular among players. Maybe it's because last battletome was not really good or interesting combined with the fact that AOS have a lot of interesting factions with great models !!...

Stormcast with Cities of Sigmar auxiliaries! It the same as before but now use the Coalition rules from AOS 3.0, all COS unit gain StormKeep Keyword and an extra 1 Bravery Wwithin 12" of redeemer units (Battleline stuff) 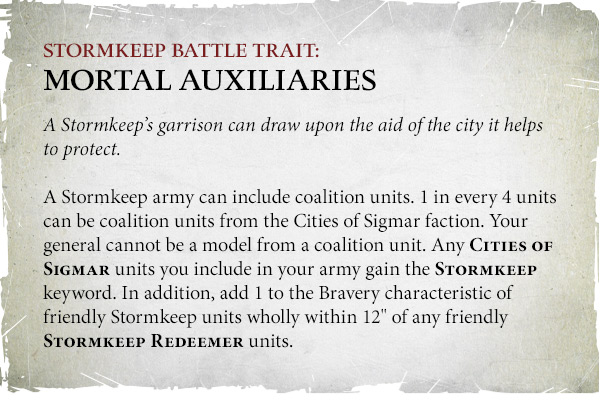 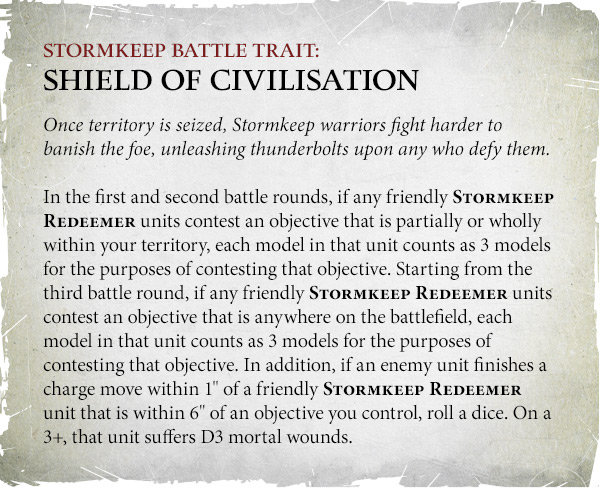 The Objective control is new the rest is shuffled a bit but look the same. I guess the StormKeep keyword allows command from SCE heroes to COS units (i hope ^^)

It's interesting they are developing this side of the SCE to be part of the Battletome from now on. I kind of like the grounded SCE and more long-term/human than lightning golems from the first edition.

It's nice for liberators cheap, ignore rend -1, count as 3 models, deal mortal if you charge them if you have a cover or a +1save from a spell/abilities you really hard to take out... 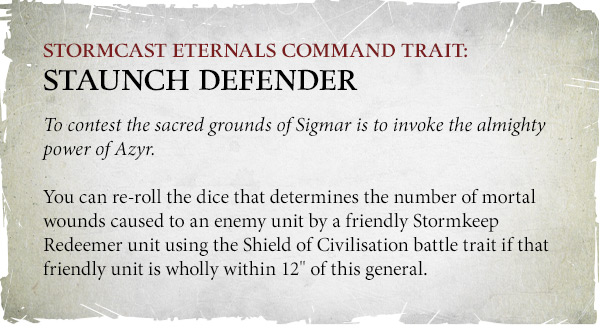 Would need to do the math but the gain is marginal considering it's 1d3 on 3+ when charged while within 12" of the general with this trait and while holding an objective you control.


Stormkeep armies may also call upon the aid of Krondys, Son of Dracothian, or his moodier brother, Karazai the Scarred

They are in the battletome so i guess it's normal ?

Karazai have an impressive ability that keep growing during the game : 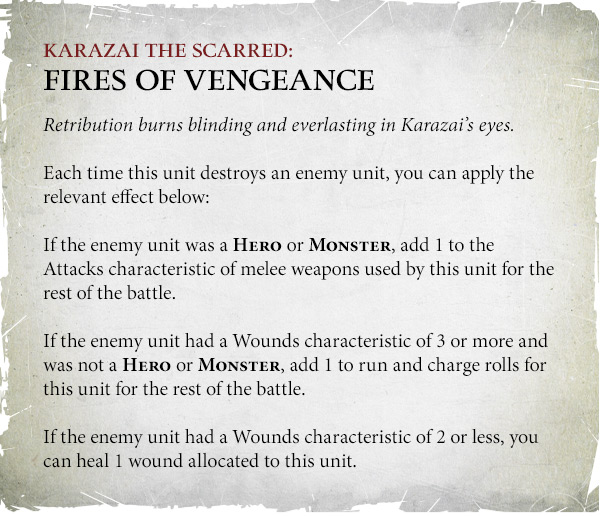 Obviously, without the full Karazai Profile it's harder to gauge but it's really interesting to gain attacks especially on these 2 or 3 Maw strike that usually deal big dmg ! Stardrakes being the exception off course ^^

All these change look interesting but now i am really interested in seeing the new minimum size of different SCE units now that you have to use Reinforcement points ...