War of Sigmar
created : 4 months ago 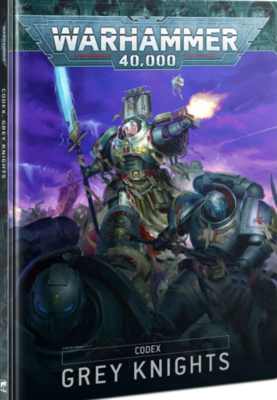 Grey Knights struggled since the passage to the 9th edition. The smite conundrum was bad and the layers and layers of rules you had to pile to just survive was staggering. Yes, Grey knights were in dire need of a new codex! Ok, they also need new models because the mini marines are now ridiculous especially with storm bolter and the one-handed nemesis weapons. 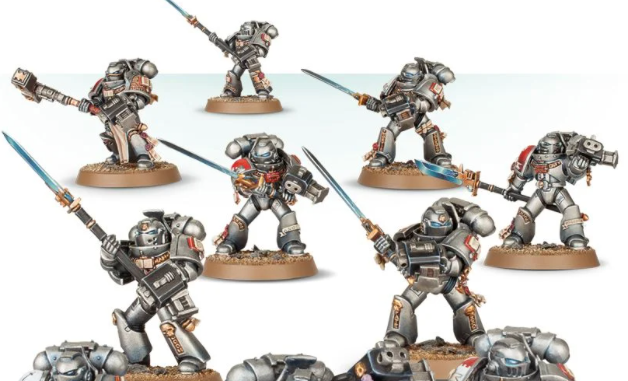 Yea they need a bigger body :D Sadly apart from the already sold out Crowne, they are stuck with small bodies and baby carriers ^^

But let's forget about models one second and focus on what's could be the biggest Glow Up an army ever received. GK is supposed to be second best behind cutodes and now I can say YES they are :D 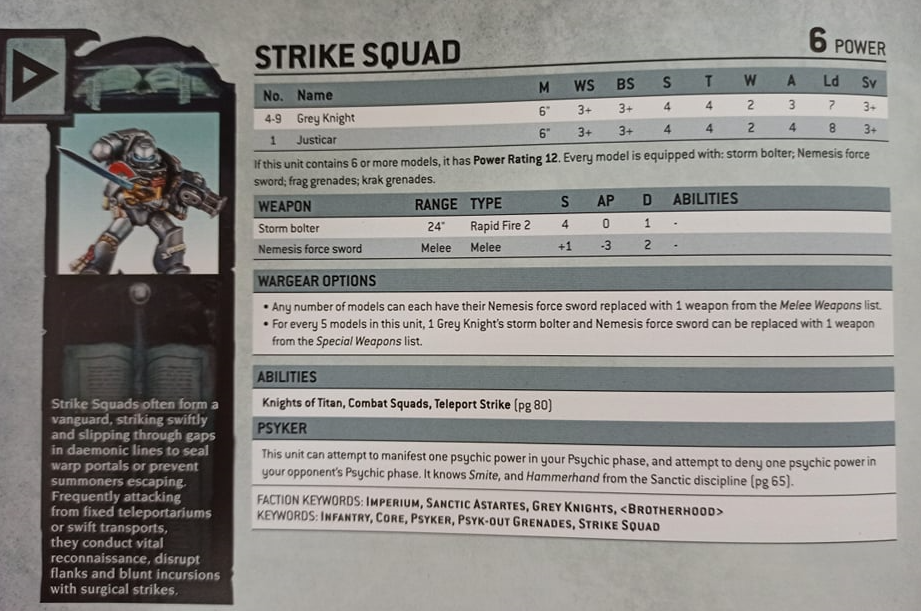 
Even Nemesis, and most Characters.
Yea i know it's crazy but 5 GK do 16 attacks. Speaking of melee attacks.
Deal Flat 2 damage and gained +1S (all version
but PsyCanon and Deamon Hammer
are psychic power that can be casted more than once per turn. But more on this later.

All these buff for a mere 2pts per model but if you take one psycannon and one Daemon Hammer it's 7pts cheaper so it's only 3 pts increase for a squad of 5. Neat isn't it? :D

Both ranged changed, Psycannon is sexy but Psilancer is free. Incinerator is free also with 1d6 hit at 12" range S6 ap1 auto hit

These Profile change are off course super sexy but they are accompanied by some general rules changes that are mostly nerf :


So when you change out, you can't come back to it. 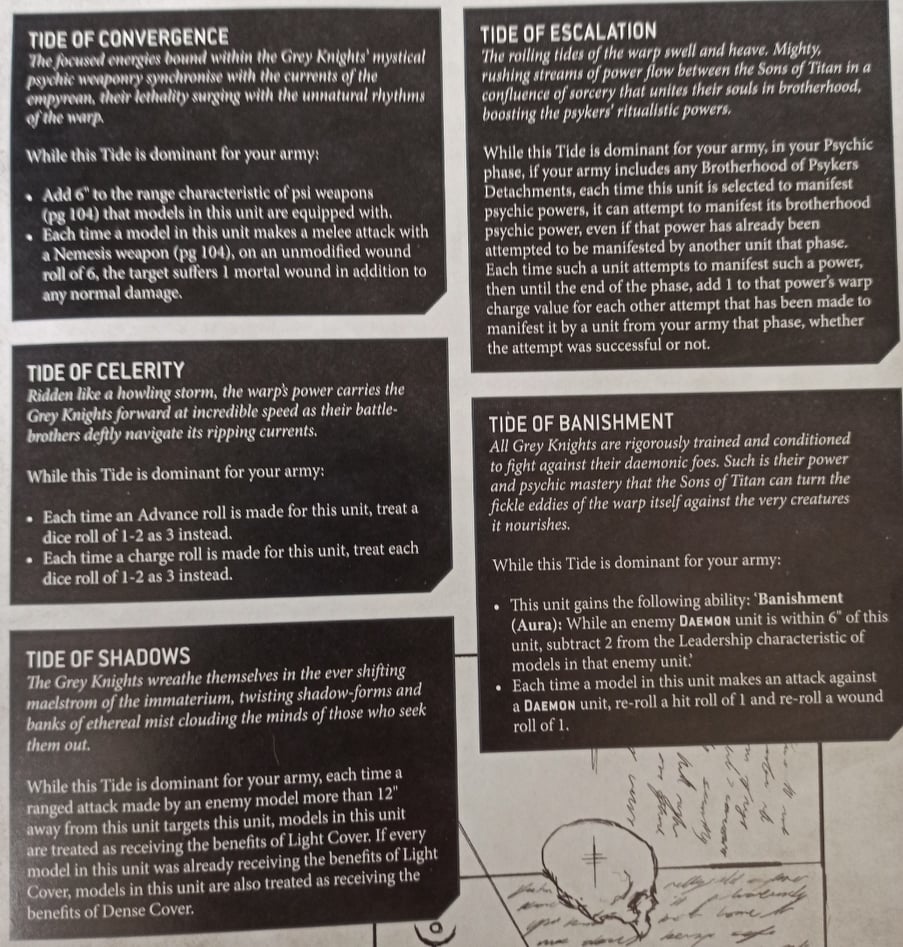 Most are nerfed versions of the previous ones. Tide of shadows is still a fine early game. It's a bummer that Warp Shaping spell has been nerfed hard : 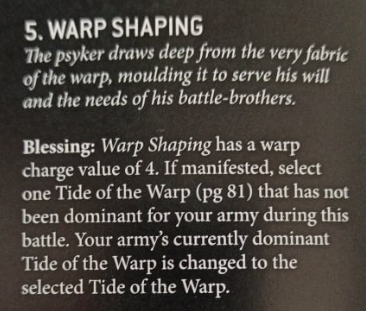 Someone told me it's could be a typo but don't get's your hopes up.

Conclusion: army wide buff are weaker but GK are a lot stronger.

A detachment has to choose one Brotherhood sub-faction. Each one grant one Stratagem, One general trait and one Psychic Power. The psychic power is a big deal because it's the one you can use multiple times a turn if Tide of Escalation is active.

Neat! Difficulty 6 mean you can maybe pass it twice or thrice with stratagem. and you get FNP 5+ if you have an Apothecary.

Note: Apo still have the stratagem to revive one model.

The change to Psychic rules allow :

Sanctis: You can't choose Sanctis powers but non-heroes units have one assigned. Most of the time hammer hand is the spell attached. 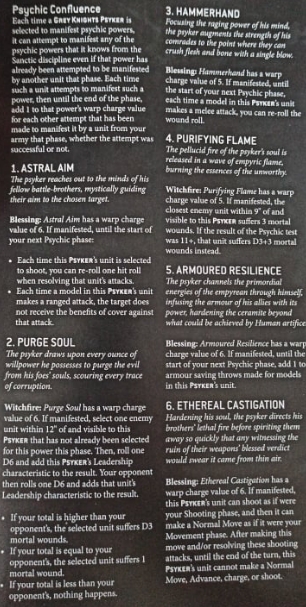 Purifier gets the Flame one.
Purgation gets the nerfed astral aim but still ignore cover!
Paladin units can choose 2 from the list and it's the only way to get Purge Soul. 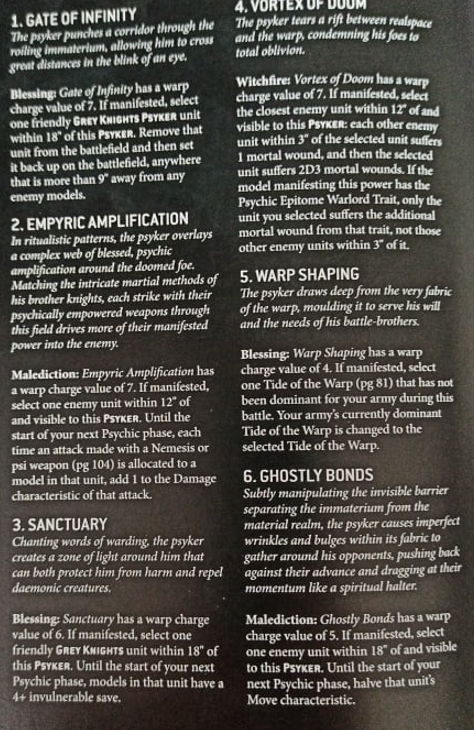 Only Ghostly bonds is not strong. others are crazy good :D

With stratagems support you can cast 3 or maybe 4 smite, Maybe 2 frying flame + buffing your GK that are now Custodes in melee but cost 22pts. Also can cast Dominus dis + the Brotherhood spell

Most of the good ones are still there: Counting as not moving, wounds on 4+, psy ammo. More casting, more dice to cast or dispell. 4++ on Terminators with a staff of shielding

Draigo: +1 A and 3++, know 3 powers from Dominus, master crafted Storm Bolterfor better shooting. -10 pts also gain extra attach when charging (for a total of 7 attacks on charge ^^) Also daemon cant take inv save against him now.

Voldus is nearly as good as Draigo and has brotherhood keywords.

GM in Nemesis is -30 pts, all ranged weapons are betters, gained 1 wound, 1 attack, greatswords is awesome with dual-mode attack

Captain: have a lieutenant aura that works on pretty much every unit even nemesis...Yea Nemesis are Core unit :D

Multiple very good choices here with a +1 to casting Pyshic power bubble. Another one allows ignoring any or all BS modifiers.

There are so many good options now it's hard to select a few ones :D

Augury of aggression: Allow one unit to Overwatch on 4+.
Omen of incursion: Shoot against one unit that just deep-strike
Servant of the throne: 3++ during one full turn. Quite strong on a Nemesis Lord!

Need to play before judging but now, you have real smite, multiple buff casting, GKs are blender with AP3, +1 wounds, everyone teleport ...

Nemesis has core keyword now (ok maybe that's getting errated like Mechanicus ^^)
The army is super strong now with a very small increase in points compared to the 8th codex.

Shame they didn't make new models ...but the rules are so good now that Converting a GK army is maybe a fun project.

Have a question? ask away :D