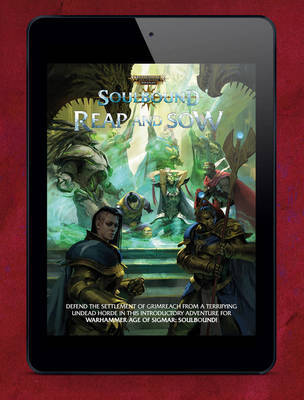 Cubicle7 (the studio that does RPG for GW) released a small adventure for free :

Age of Sigmar: Soulbound is set in Games Workshop’s mythic fantasy setting of Warhammer Age of Sigmar, where gods and monsters wage endless war in eight near-infinite realms. Players take on the role of Soulbound, god-chosen heroes of great power brought together through an arcane ritual and granted the might to stand against the tide of Chaos, Death, and Destruction.

Our Free RPG Day adventure, Reap & Sow, follows a group of epic heroes as they defend a fledgling settlement in the Realm of Death, which finds itself under siege by a nightmarish army of the undead.