War of Sigmar
created : 14 days ago 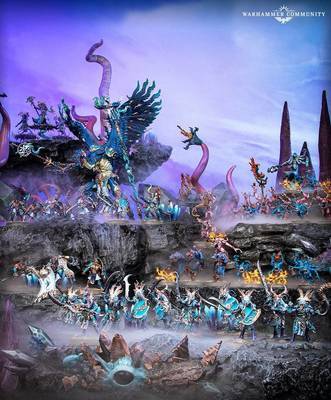 A few Battletome are coming soon and the first of them is going to be Tzeentch (probably) with pre-ordering coming in a little more than a week :D

Today GW teased us with some changes on the book : 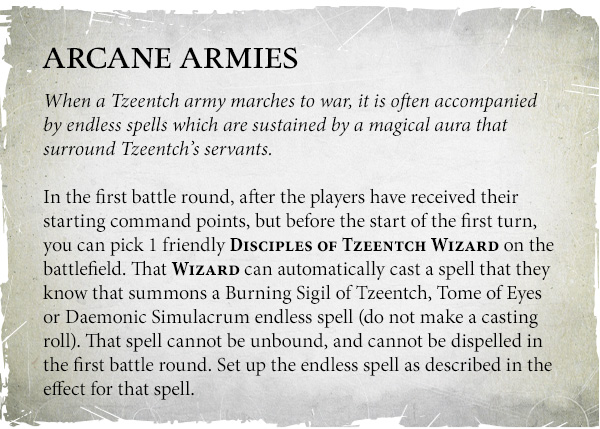 Auto cast a Tzeentch endless spells that you know also can be dispelled in the first turn. Not bad at all considering they are fine spells. 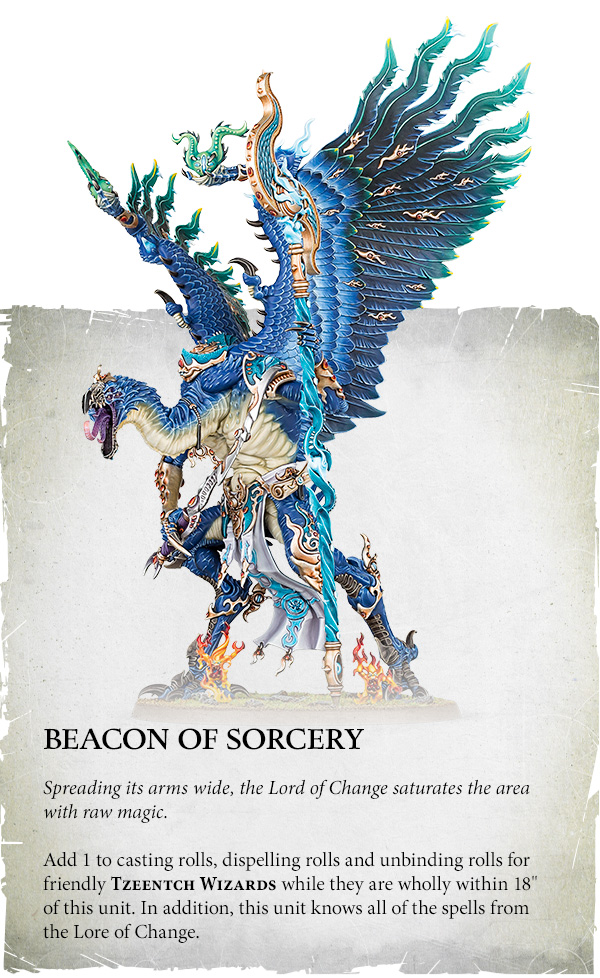 Kairos have it as well, LOC also kept Mastery of magic intact. It's a fine rule with a big range and affects all Tzeentch wizards (not bad in STD for example ).

Also, it's a nice combo with Incarnate for a +2 +2 to casting/dispel + Mastery of Magic

Finally, both LOC and Kairos can still Endless SPells ^^ 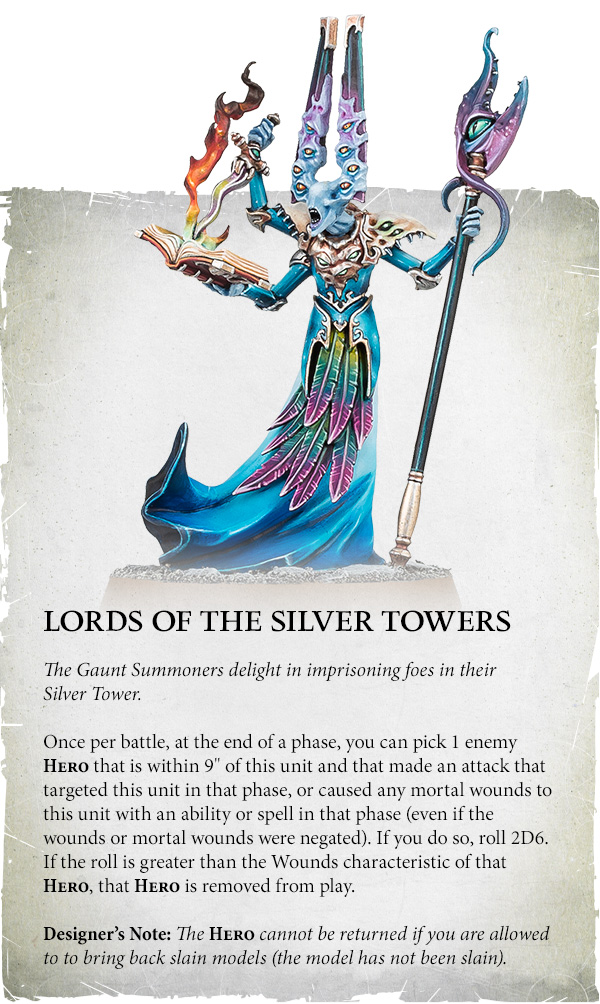 removed from play !! mean it could affect the little Morathi...still it's pretty meh :/ 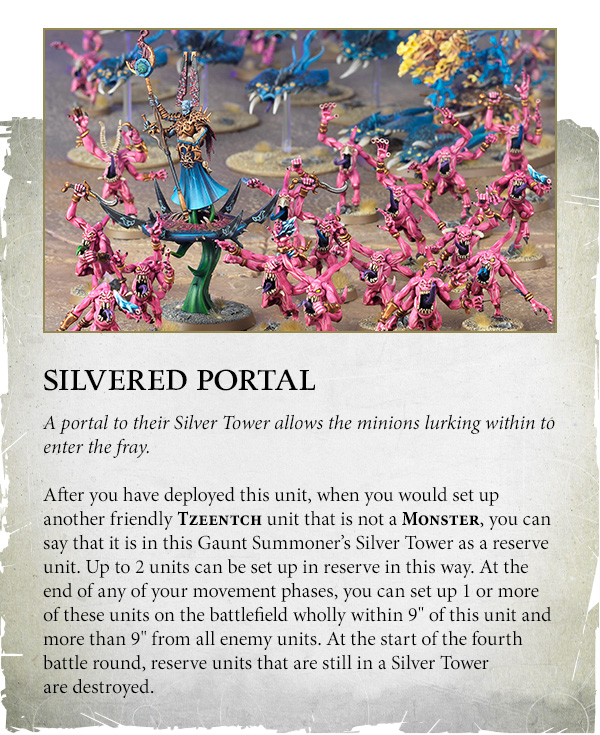 Lovely power as you can move then drop a slow uniit within 9" but if you lose the Wizard you are in a bad spot ^^ Could be good with Enlightened on foot or some STD units (also you have Tzeentch dice for passing a 9+ charge, but a pack of Tzeentch aligned minos could be a fun drop)

That's it for the Tzeentch Tease any hype?