Hello everyone, welcome to the 9th Space Marines Codex review This post will regroup all the info and the news on this release 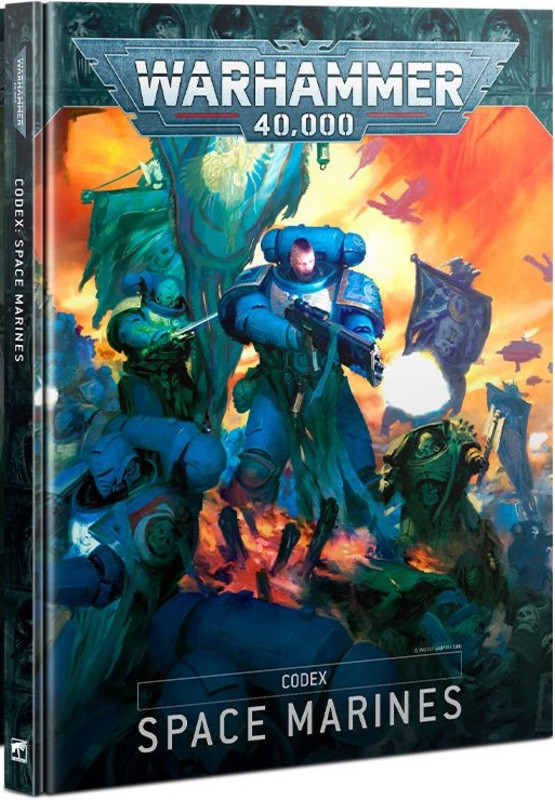 This thread regroup all the info about the SM codex and will also host the Review I will do Saturday ;)

This is it! the Big tome of Space Marines power is going on pre-orders today! . For this edition, all SM chapters are depending on this book! One book to rules them all. Still don't expect special chapter units in this book. For these, you'll have to wait for a FAQ or an expansion.
The book itself is hardcover, 208 pages of very good quality as usual! The rules layout is different than usual and I see an effort made in this department! in that regard, the Space Marines codex look a lot like a D&D book. I think it's a big improvement.

That's it for the small talk, the review today is going to focus on the change and the new stuff in the codex in a synthetic way.
There are soooo many units and rules its kind of daunting!

In the codex a new keyword have been introduced : "Core" most of the buff wether be an aura, spychic power, trait or relic only Affect Core units or sometime Characters.
Who is CORE? it's easier to say who is not: Characters, vehicle, Centurion, the new Buggy, artillery, bunker. Dreadnought are core but the invictor is not.

If you play a Space Marines Detachment you have these rules :

-Troops are obj sec
-Company command: 1 captain +2 lieutenant in each detachement
-Chapter tactics, every unit get them (tank, heroes...), some where shown by gw : 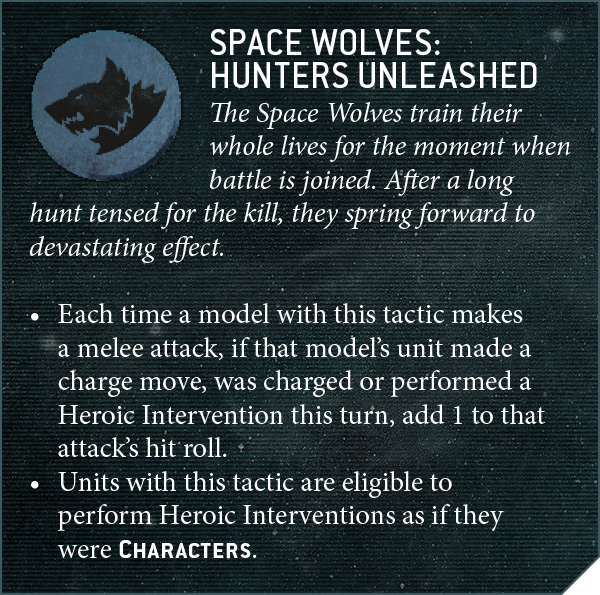 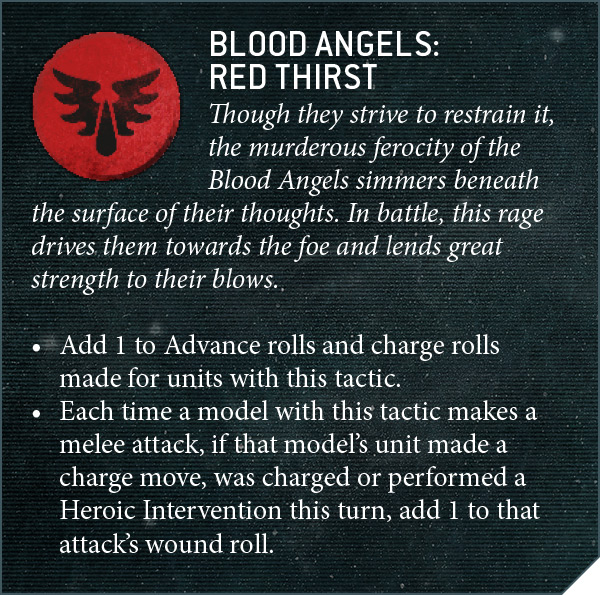 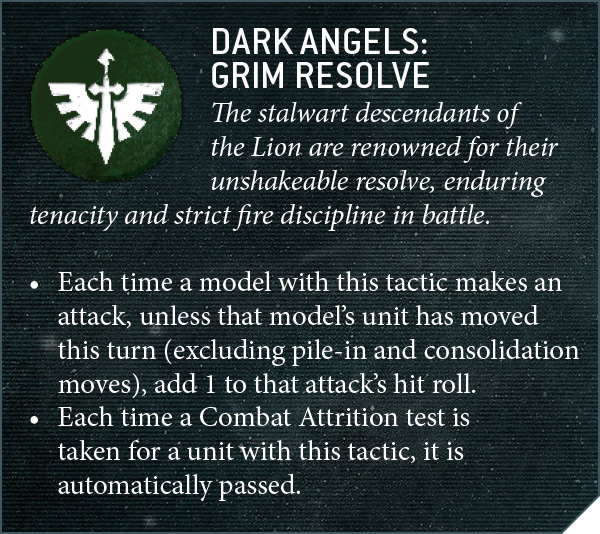 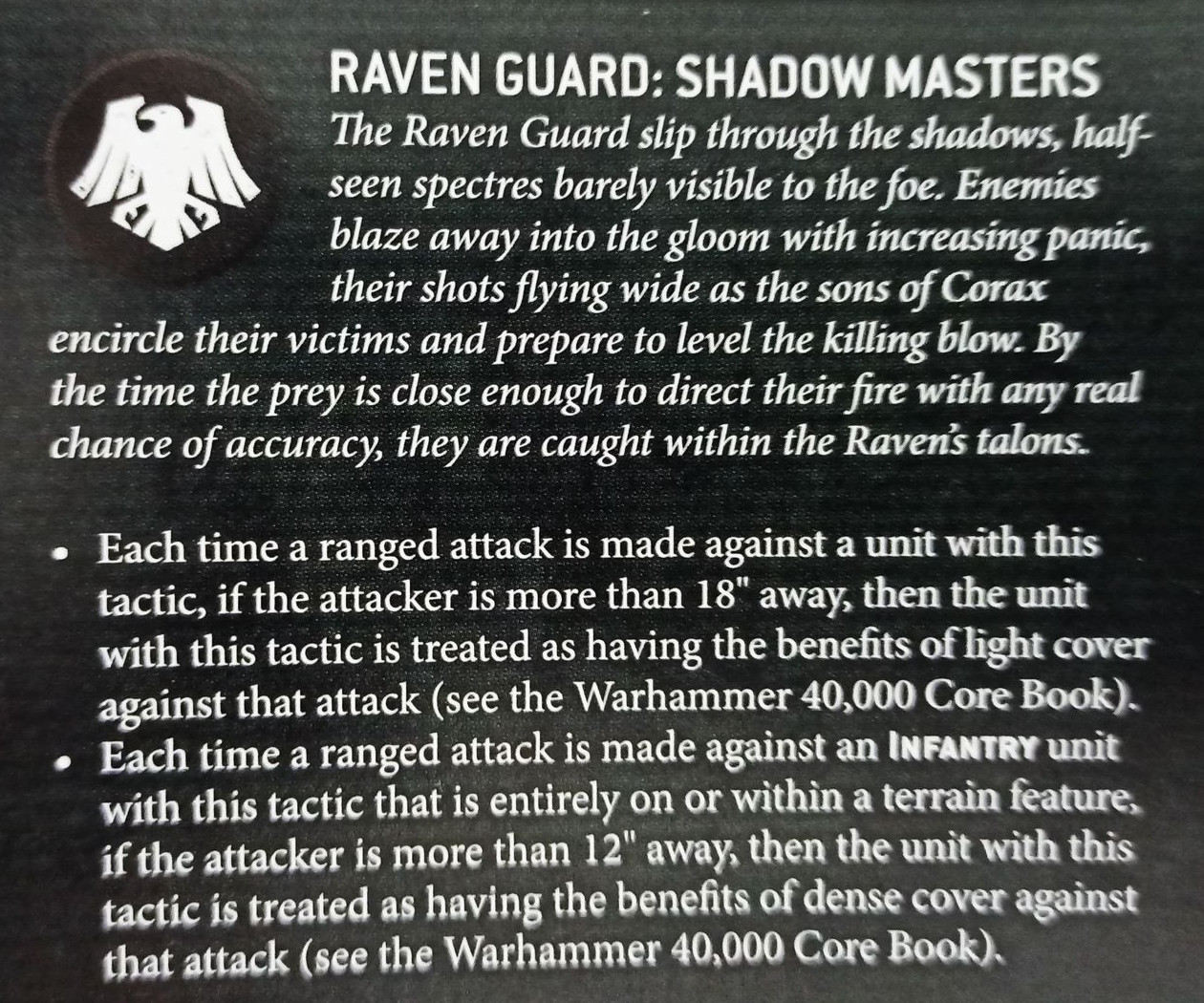 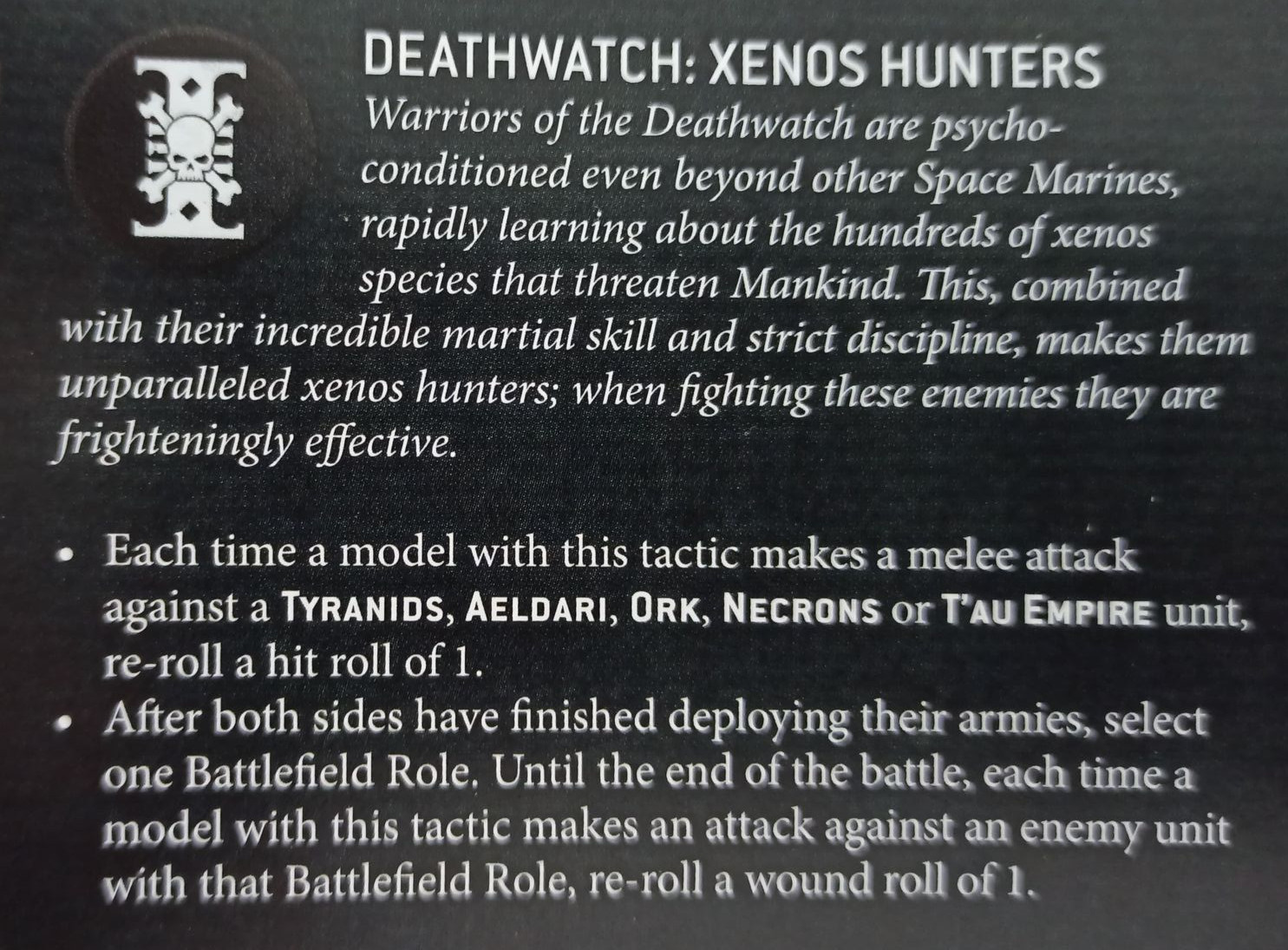 Your own chapter Min/Max!

Off course you can create your own chapter if you prefer by mixing 2 rules from the list : 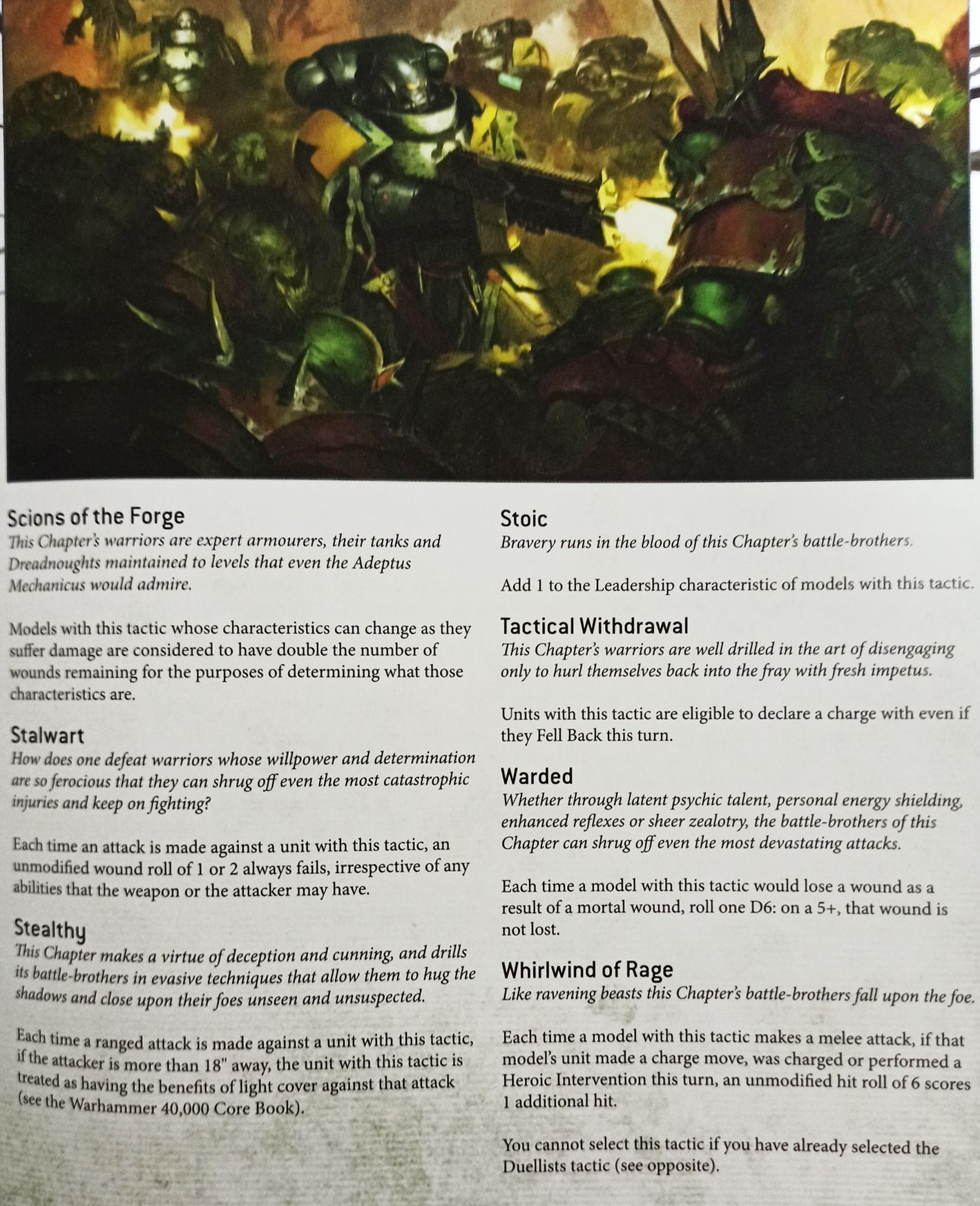 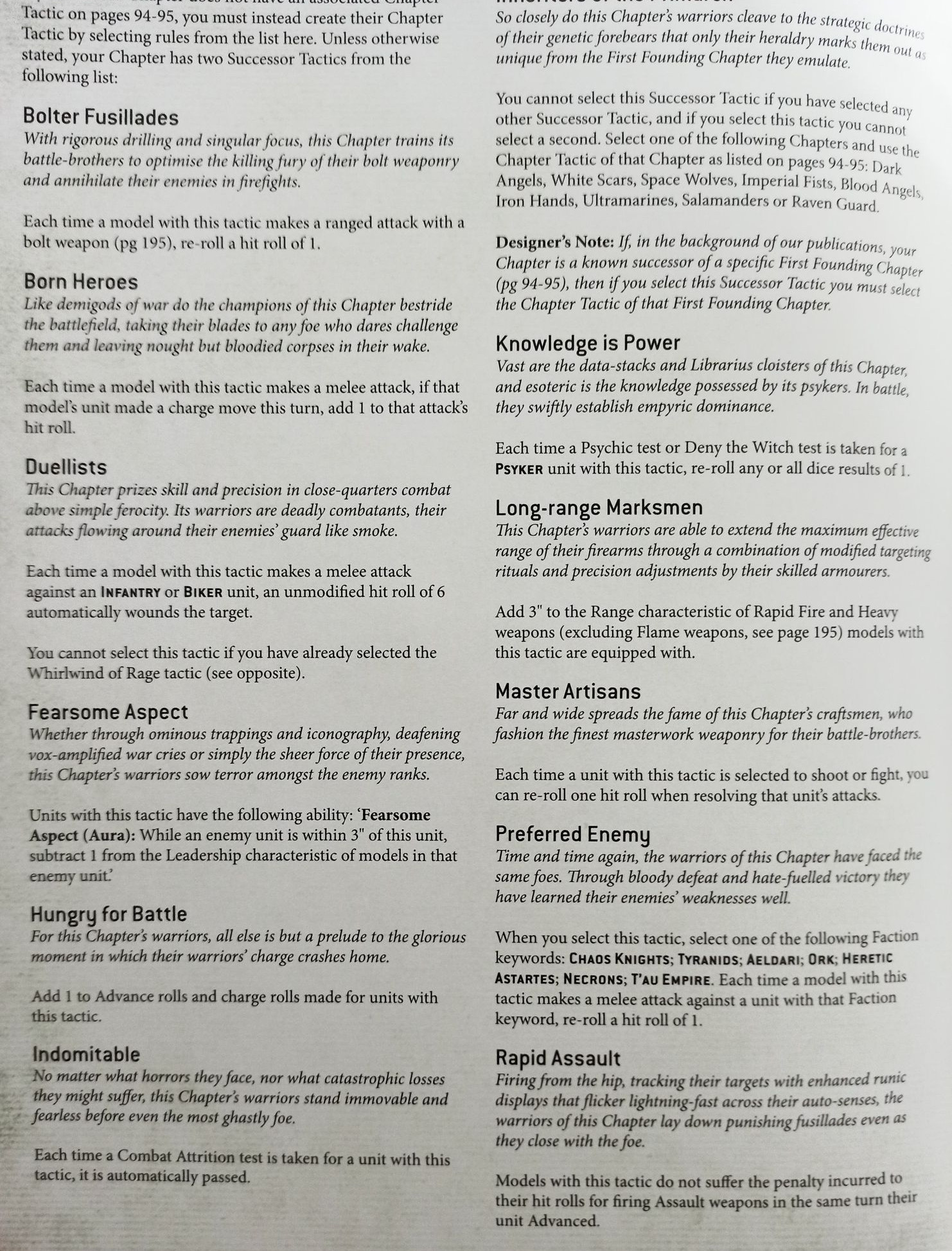 It's all new stuff you can upgrade your character to specific roles in the chapter paying some points. Consult the table below for the price: 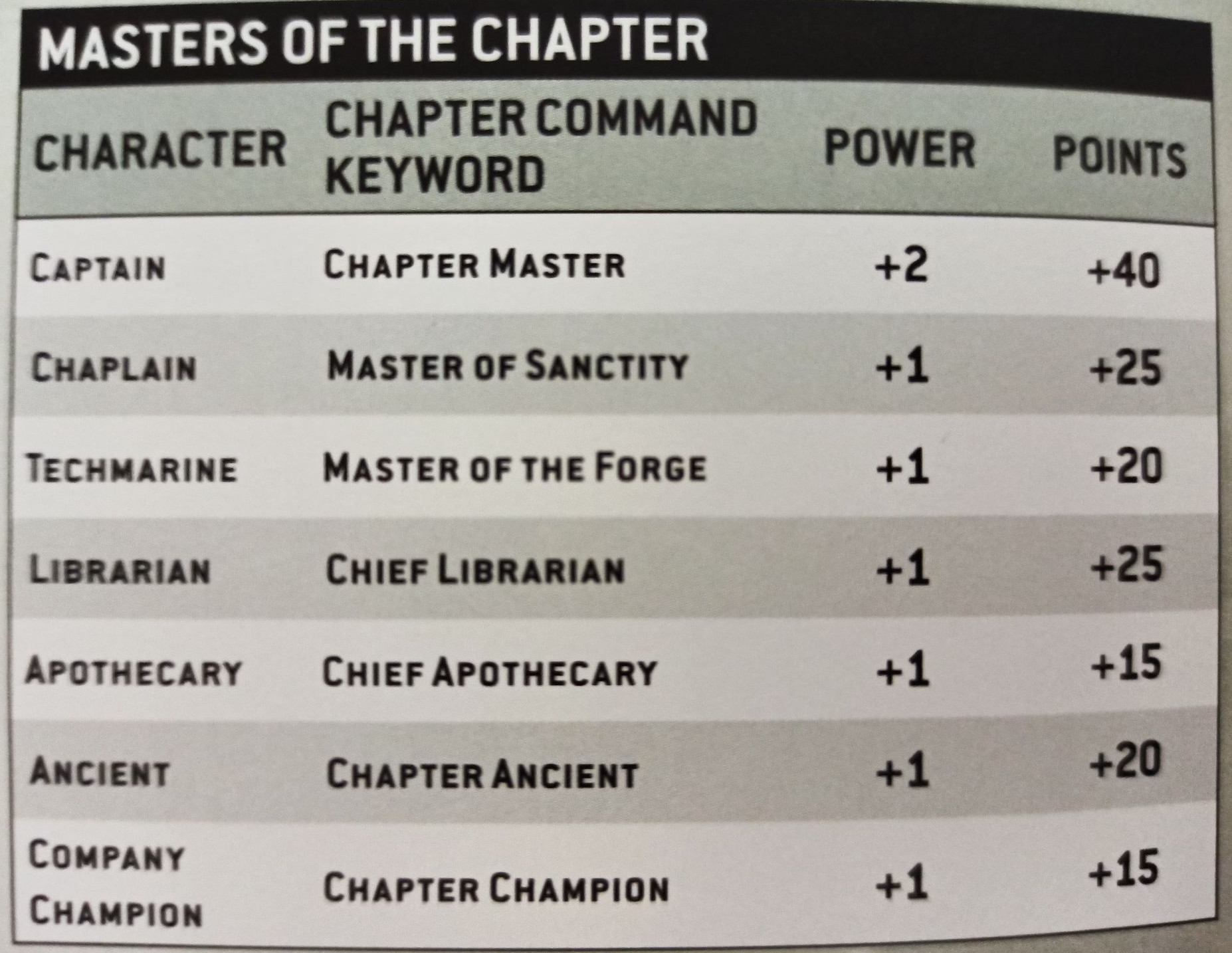 Chapter Master :
The CM aura is no more, it's now single target buff within 6"
Doesn't count as captain so you can take a captain as well.

Master of Sanctity :
Know 1 extra litany
Can recite one extra

Chief Librarian :
know one extra spell and dispel one more time (no one extra casting)
Warlord trait: +1 to casting.

Chapter Ancient :
Chapter banner give +1A to a core unit within 6!
Warlord trait: unit within 6" get obj sec or count for 1 extra if they already have.
Relic Banner: Make 2 attacks instead of one when a space Marines die in the aura.

Chapter Champion :
-minus 1 to hit him in melee
-reroll wound vs Characters
-get flat 5 attacks and LD9!

6 traits for Phobos warlord (I only mention the traits that have changed):
Lord of Deceit: changed to 3 units going into Strategic Reserve .
Stealth Adept: Changed, must be closed eligible target to shoot at him.
Target Priority: +3" range on the power.

6 for other marines :
Fear made manifest: also grant -1 to attrition test.
Storm of fire: -From 6 to hit to 6 to wounds (small nerf)
-Rites of War: Give objective secured to units within 6" (core and character)>

13 extra for each Chapters + Dw
At the time of the review, I don't know how the old stuff from PA and Chapter dex is affected, replaced, added ... 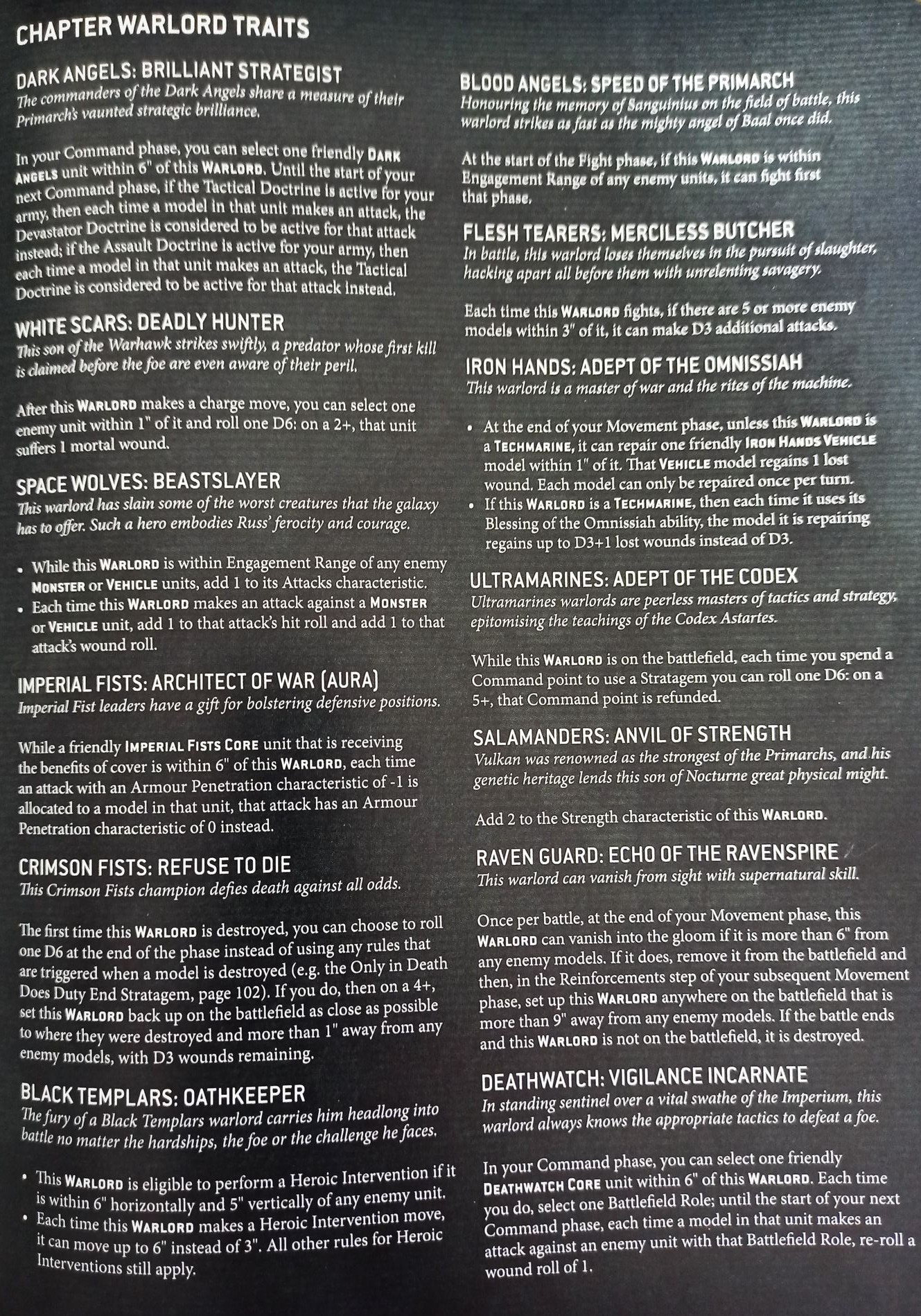 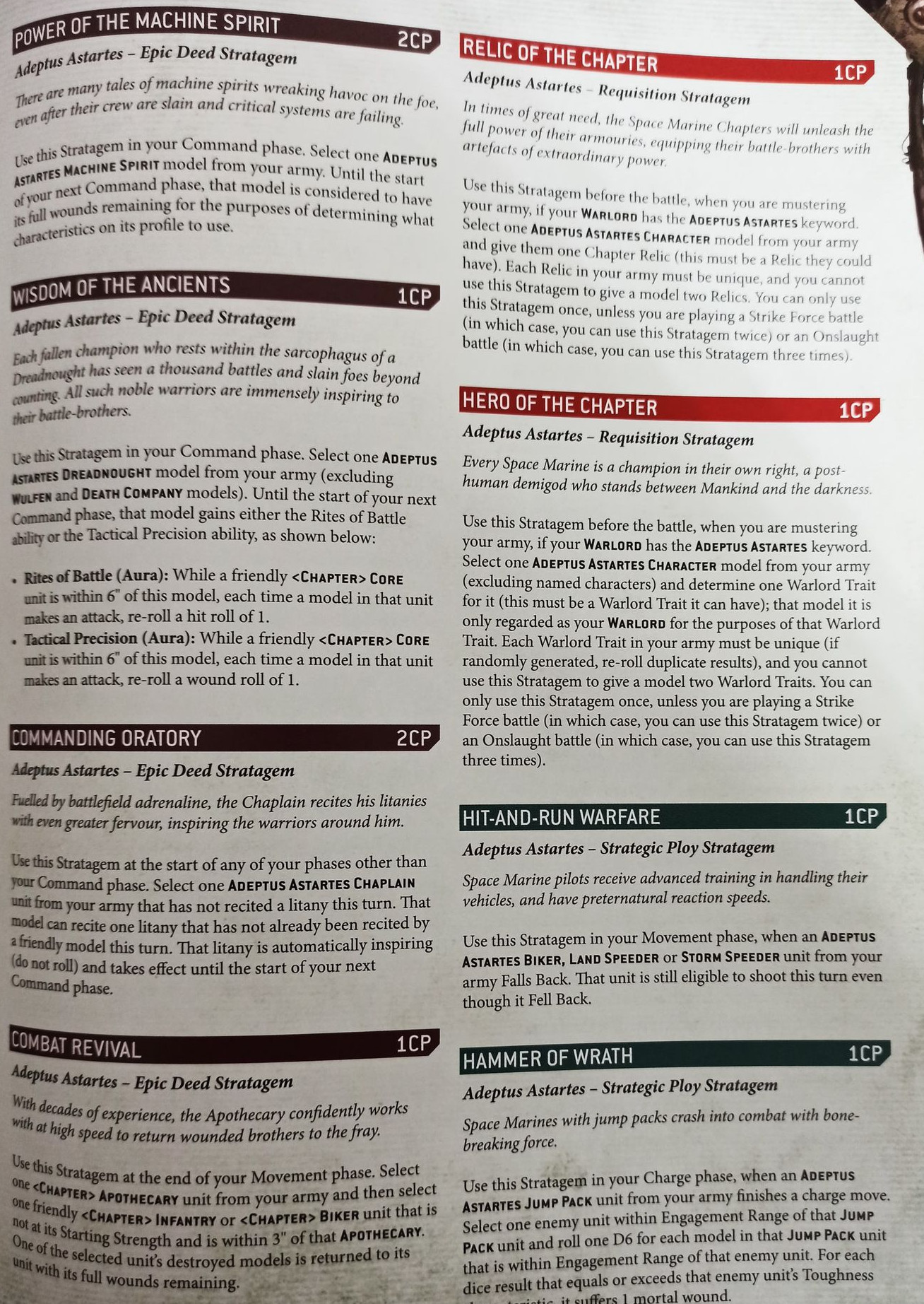 I didn't found any rules regarding the different stratagem categories, so it's only a layout thing for now. But maybe for later ?


Death to the traitors: reroll to hit in melee now
Honour the Chapter: -1cp but only Assault Intercessor (WTF ?)
Fury of the first: no change
Transhuman Physiologie: Only affect Primaris, cost only 1 if 5 or fewer models
Rapid-fire: Buffed, added veteran intercessor, changed: Shoot again instead of rapid-fire +1
Gene Wrought Might: No change
Unyielding in the face of the foe: Look new to me, 1 cp, use in any phase when Gravis unit is targeted by an attack, +1 to save roll if the attack is damage 1 ...

Only in death does Duty end: Huge nerf, only in fight phase and only if target SM unit didn't fight.
Armour of contempt: No change
Power of the Machine Spirit: New strat, 2cp, use in command phase on a tank with Machine spirit keywords (old Machine Spirit unit). Until the start of the next command phase count as full life!
Wisdom fo the Ancients: Small change, give one dread the captain or lieutenant aura. excluding DC and Wulfen dread.
Commanding Oratory: New, 2cp, use at the start of any phase but command phase, auto pas one Chaplain prayer. (Master Chaplain use it for 1cp)
ombat Revival:C 1cp, target one Apo that heal a close (3") inf or biker unit. One destroyed is back with full life!

Hit and run warfare: new I think, 1cp, speeders and bikers can fall back and shoot.
Hammer of wrath: Changed, went from 5+ to beat enemy toughness to deal 1 MW. (buff against T4 & T3, same vs T5, nerf vs the rest)
Skilled riders: Nerfed but cost 1cp, -1 to hit until end of the phase.
Uncompromising Fire: new, 2cp can shoot and do an "action" (for the scenario)
Steady Advance: buffed, price upped to 2cp but affect one inf for all-purpose, not just bolter. (WOW neat)
Adaptive Strategy: new, 2cp, one core unit is affected by all doctrine! (neat)
Suppression Fire: Changed a lot, 1cp affect only WW now, if a hit is scored with a blast weapon, can't overwatch, set defend and fight last. UNTIL the start of your next turn! (not bad)
Terror troops: new, 2cp, one reiver unit gain an aura that removes object within 3'' and try to disrupt enemy taking actions.
Guerilla Tactics new: 1cp, when a Phobos move it can go into strategic reserve...(neat) not within 6" of enemy
Orbital Bombardment : changed : 1d3 on 2+, 1d6 on 6+, -1 vs char, +1 within 3".

Auspex Scan: buffed, lost the minus one to hit
Tremors Shell: small nerf, charge roll debuff is now -2 (instead of halves).unchanged for mov
Shock and Awe: changed to include LS storm and can't "set to defend"
Assault Launcher: new, 1cp use at the start of charge phase, one assault launcher within 9" of the enemy. Enemy chooses to brace (take 1d3 MW) or cover, can't OW or set defence and -1 attack characteristics.
Melta bomb: 1cp, make one attack, if hit, 2d3 MW.
Grav pulse: 1cp, repulsor field keyword needed, use in mov phase to fallback and shoot or in charge phase to remove 2 from charge range. (note that repulsor lost the basic -2 charge range)
Hellfire SHell: same but if a monster is a target it deals 3 MW instead of 1d3
Flakk Missile: Buffed, dmg is 2d3 now
Smokescreen: replace smoke launcher rule, if you have the keywords you can spend 1 cp for -1 hit for all the phase


Fury of the Ancients: minus 1 to cast, +6" range
Might of heroes: No change
Null zone: No change
Veil of time: No change
sychic Scourge:P No Change
Psychic Fortress: Changed, self aura, CV 6, within 6" units gain a 5+ invulnerable save. Holy shit!


Hallucination: Buffed, spell debuff is now -1 ld and -1 to hit. (neat)
Shrouding: Small buff, even during overwatch it must be the closest eligible target.
Soul sight: No change
Mind raid: No change
Tenebrous Curse: Nerfed, harder to cast (+1) and the reduce charge debuff is only -2 now.
Temporal Corridor: nerfed hard, easier to cast -2, range 6" now (was 3"), the unit can move or advance but the unit can't fight or shoot .....(woaaa)

So tanks are excluded from litany, but dreads are still core!
Sadly Centurions are not Core as well, nor Characters... 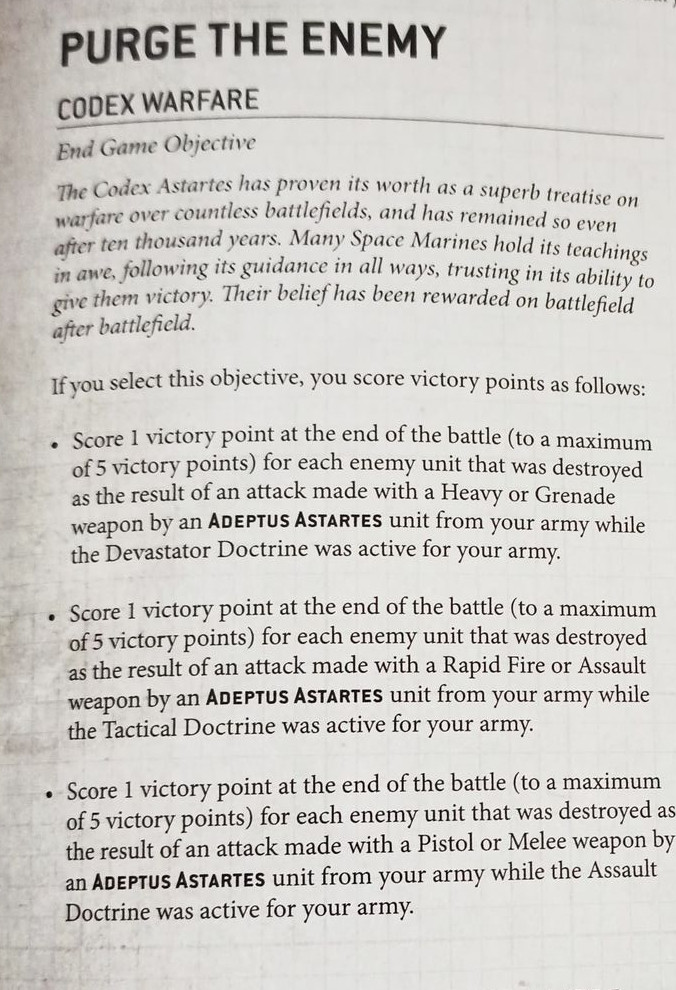 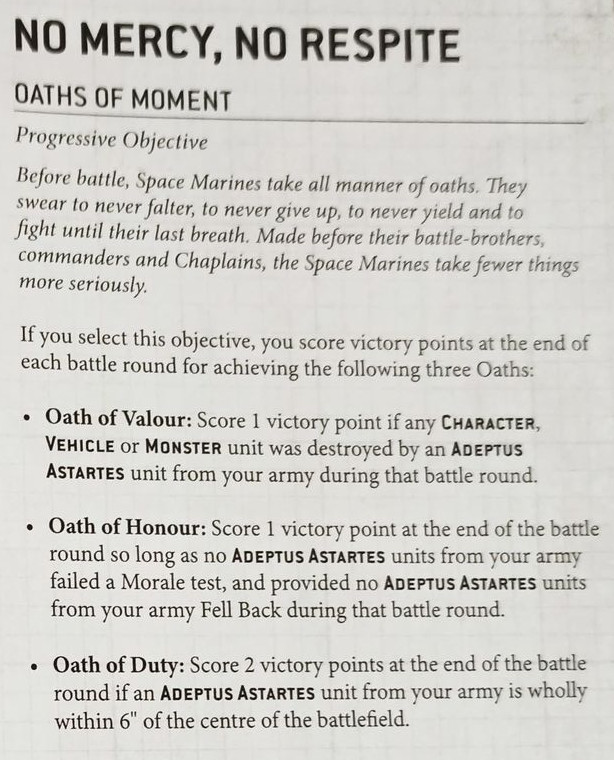 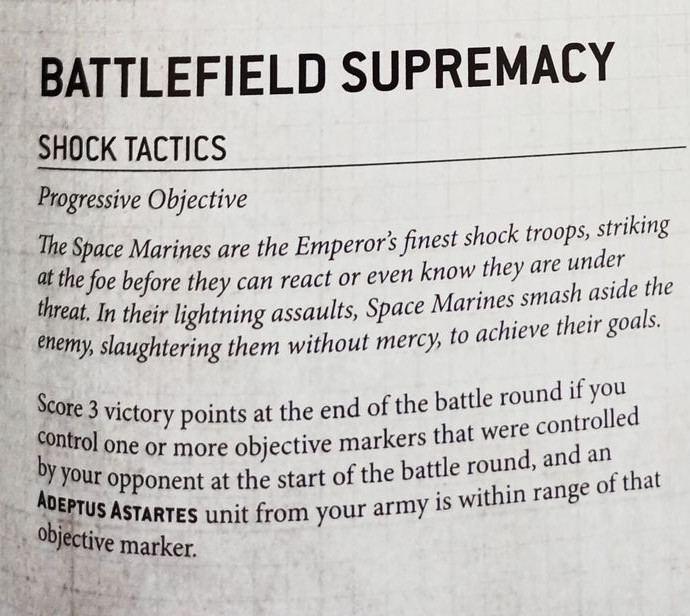 Points change are based on the one inside the APP vs the one inside the codex. There is a new point layout in the book. I love it personally!
Weapons points are different on each Datasheet. A lot of equipment got a discount for example : Thunder Hammer are ranging from 20 to 12 now. 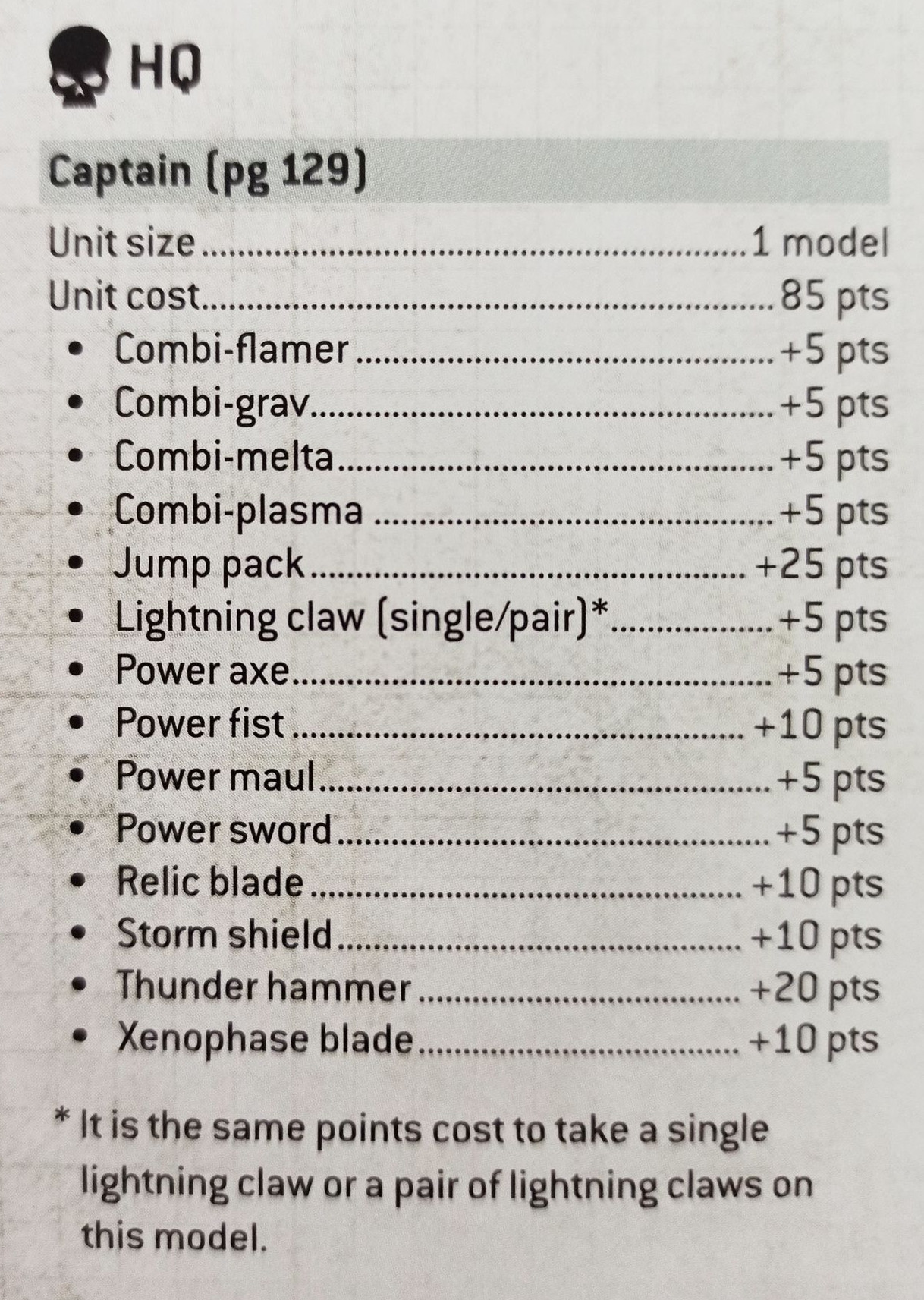 Don't forget that some weapons were buffed :

Ok, you can see a trend. Now I will only note models with actual change. 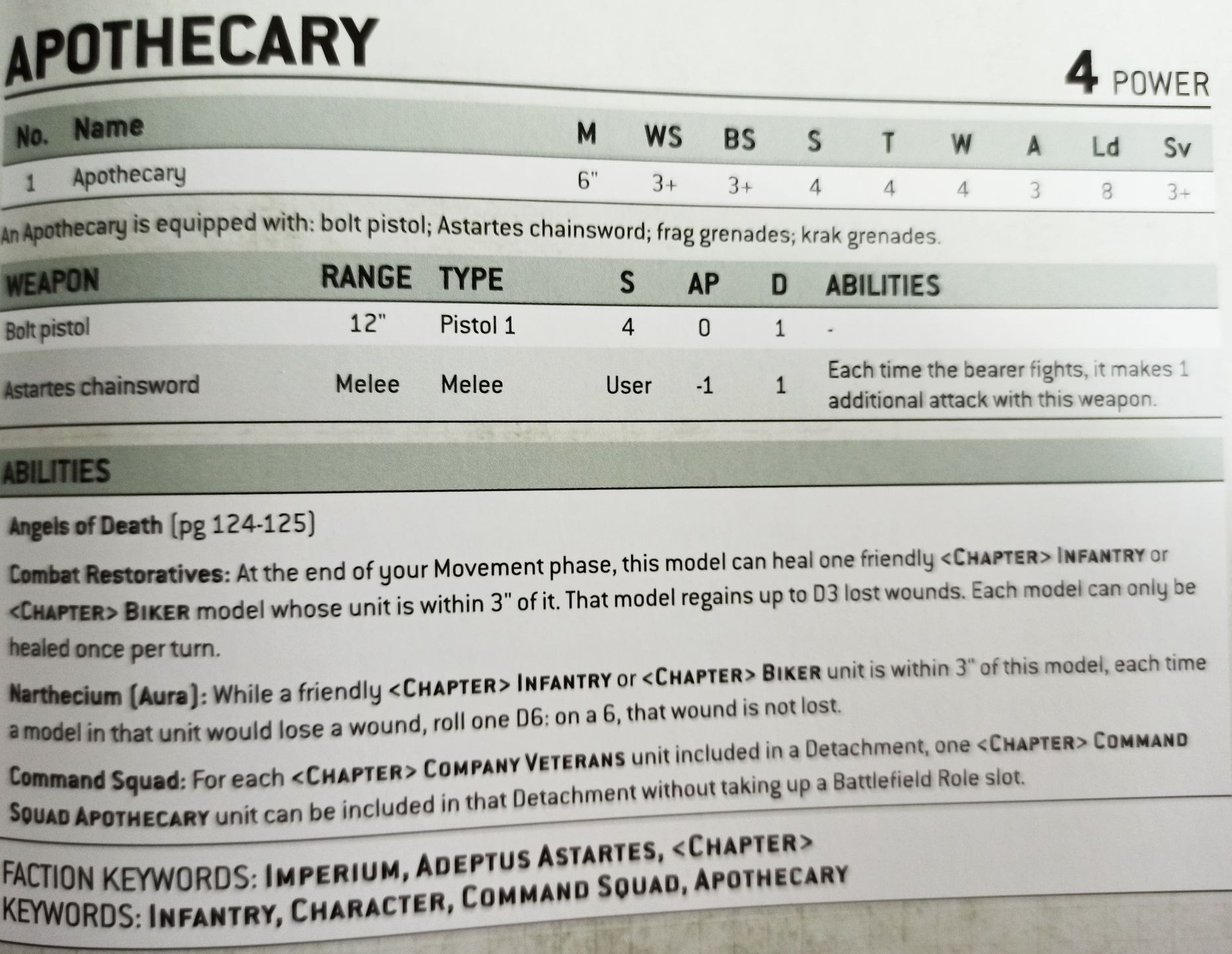 Bladeguard Veteran: Plasma & Volkite options added!
Centurion assault squad: No change but they don't have Core keywords
Company Champion : +2pts
Company Veteran: +3 pts (but get the second wounds) -3 points on the TH at 12pts a piece!

All dreadnought gets a new power: Duty eternal, -1damage from weapons minimum 1. They are also CORE!

Contemptor : -5pts
Normal dread: +7 pts
Invictor -10 pts but not core
Ironclad: at 135 now with equipment, options only cost +5 (should be the same)
Primaris Apoticarus: +20pts (new healing power)
Redemptor at 175 equipped, an option with Icarus or Gatling at +5pts each.
Reiver: no change but terror troops is minus 2 now.
Relic Terminator Squad: -5pts, it's the new Cataphract entries, they got the +1wound but lost the 4+inv (+5)....still at 34pts they are ok
Scout: Elite, 1 wound 14 points...bye-bye
Sternguard: +3pts and the extra wound (very neat !!!)
Terminator assault squad: got the extra wounds, the price stays the same at 33 but that's for Th+shield. Teleport homer changed to goes into strategic reserve.
Terminator Squad: +2 points, +1wound,
Vanguard veteran: same price but lose Jp, +2 pts per JP, get a second wound, Heavy Thunder Hammer deal flat 4! sarge get relic blade.
Venerable dreadnought: +7 points
Veteran Intercessor: They are a unit now, 22pts per model, one extra attack. 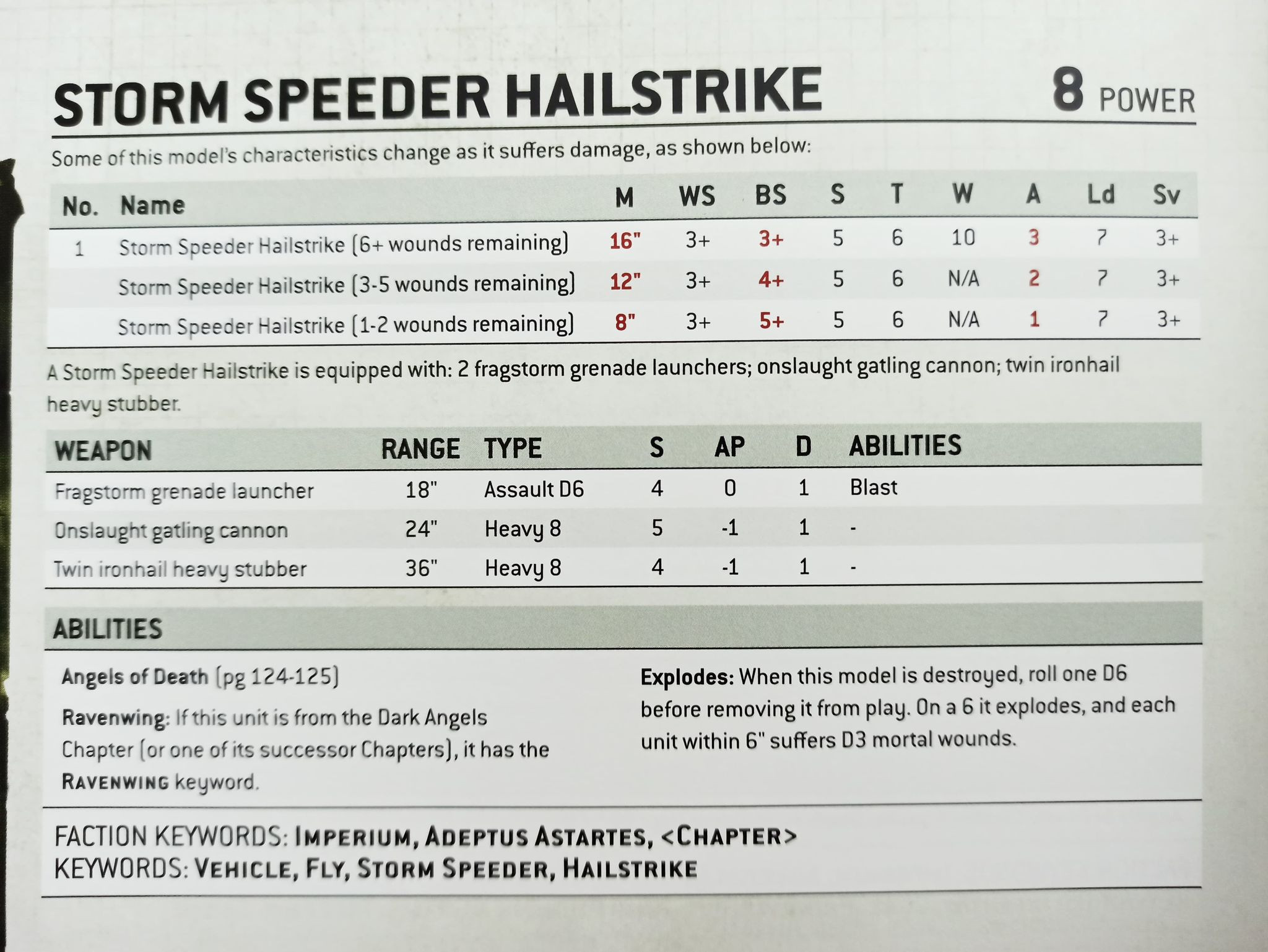 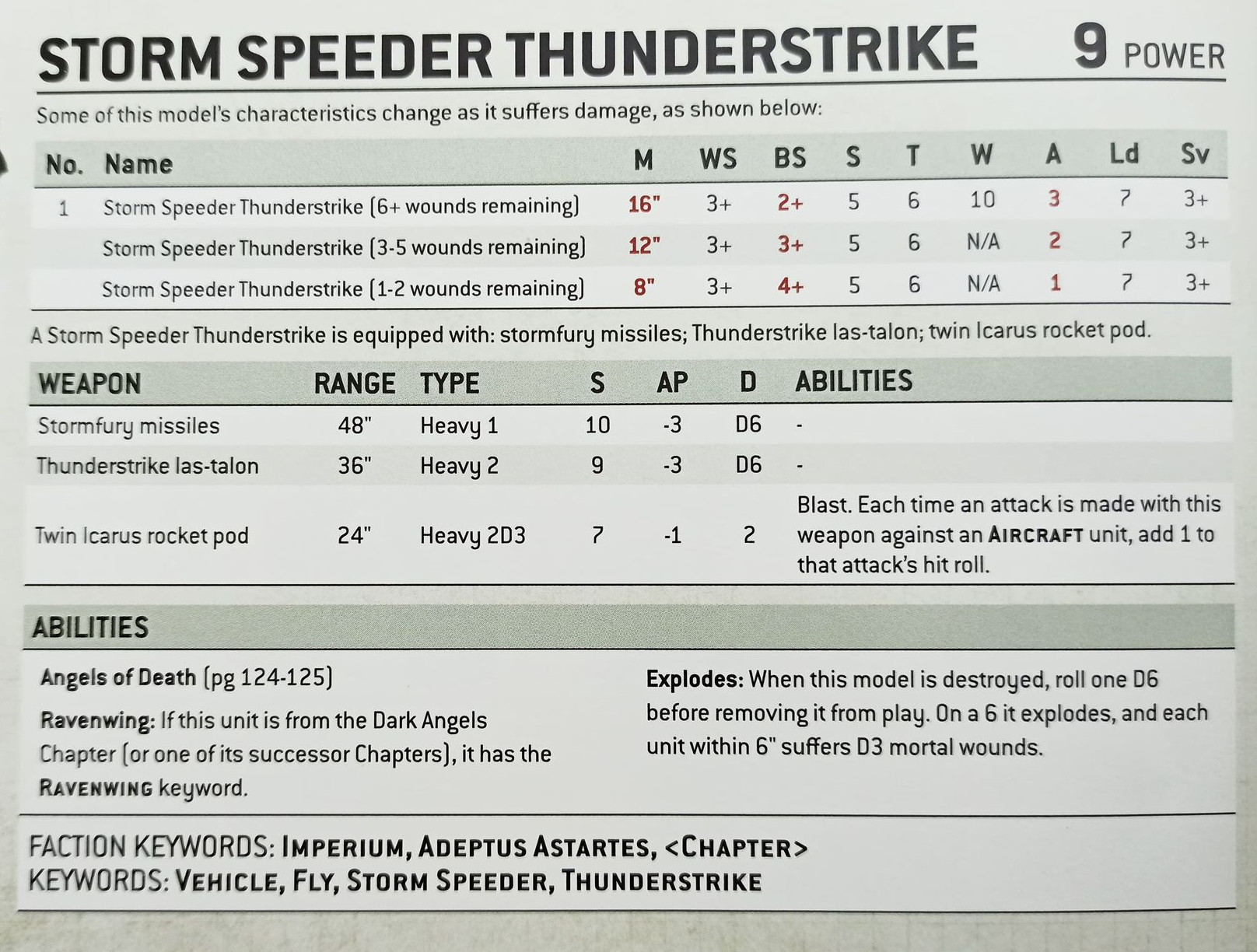 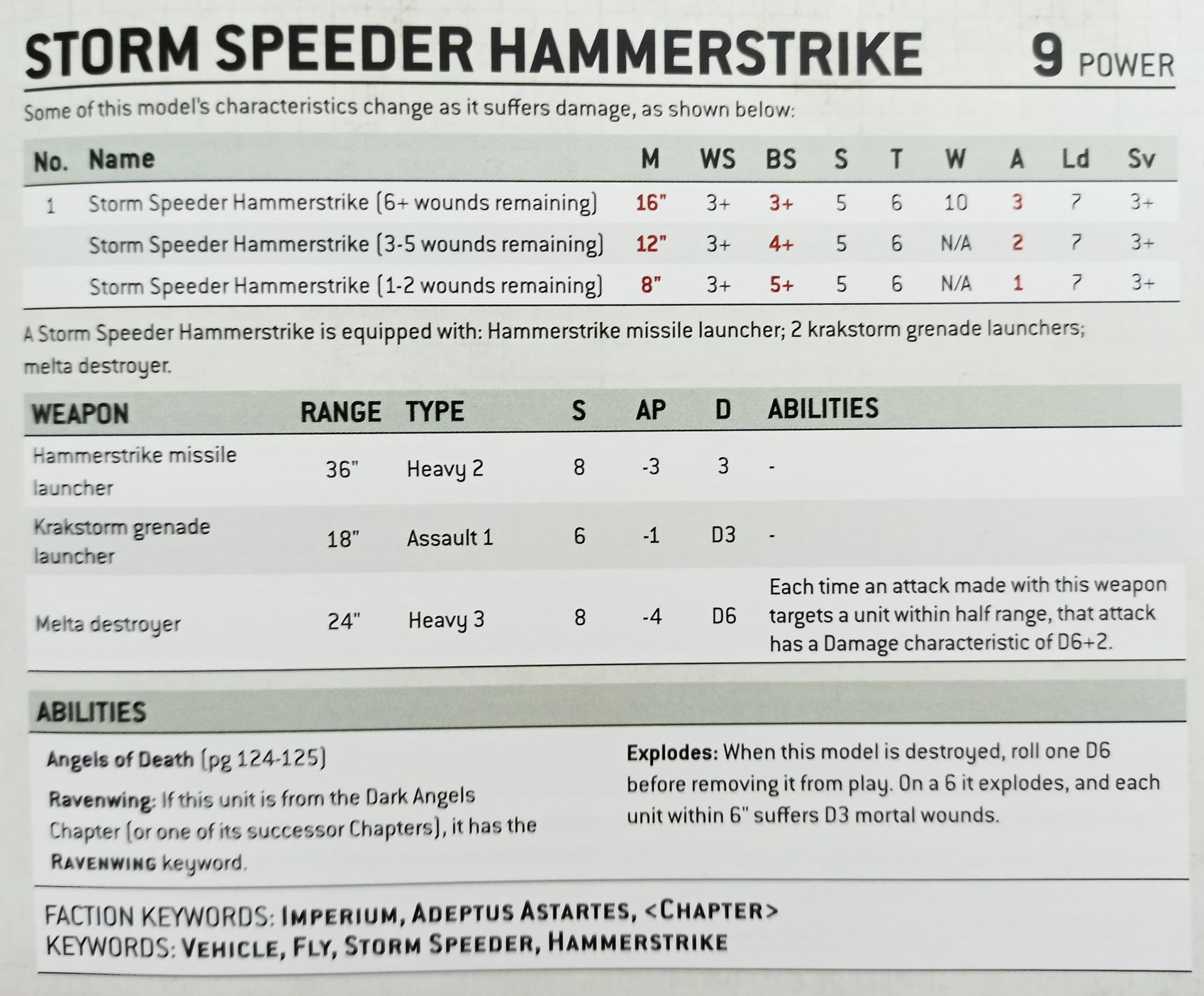 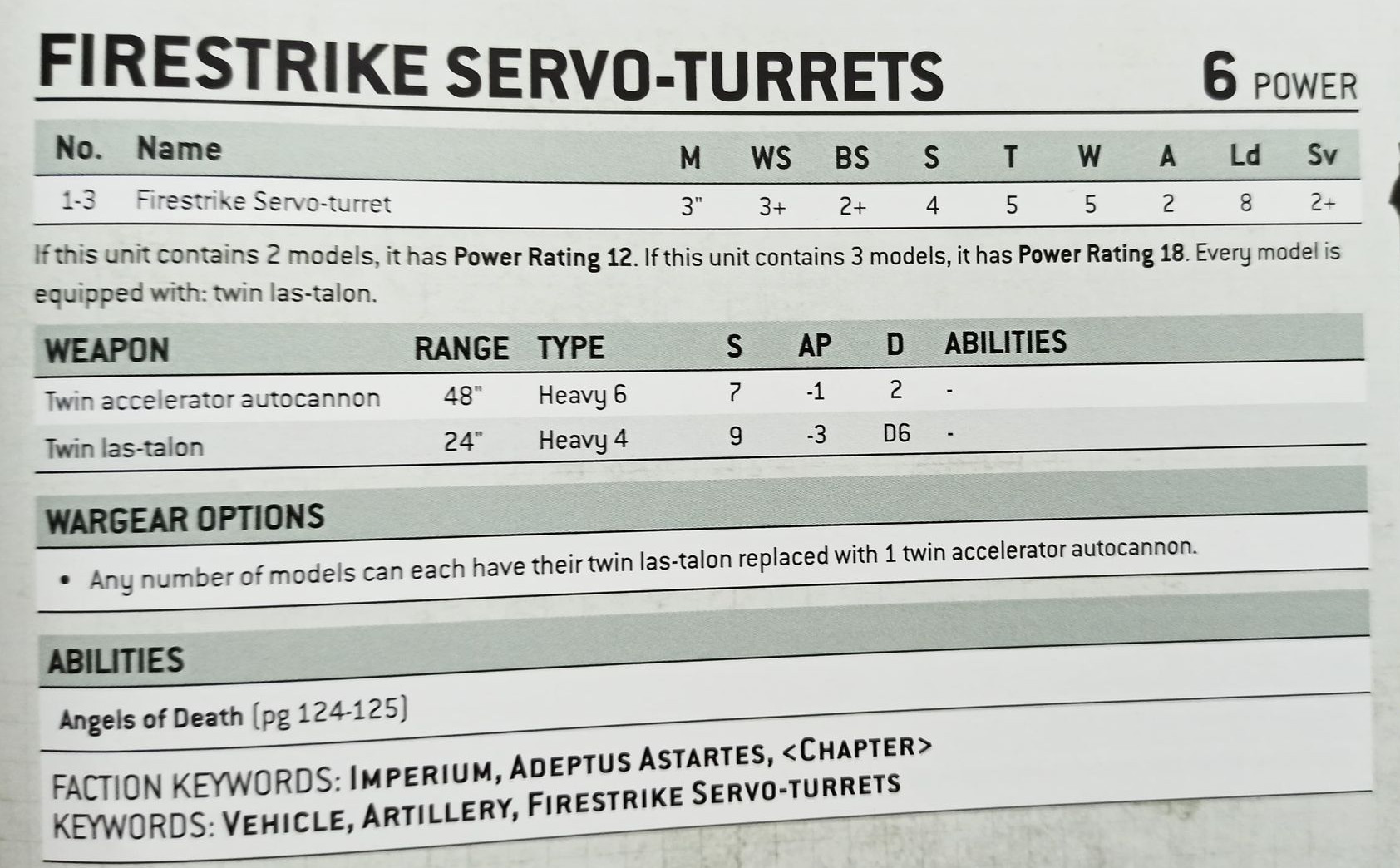 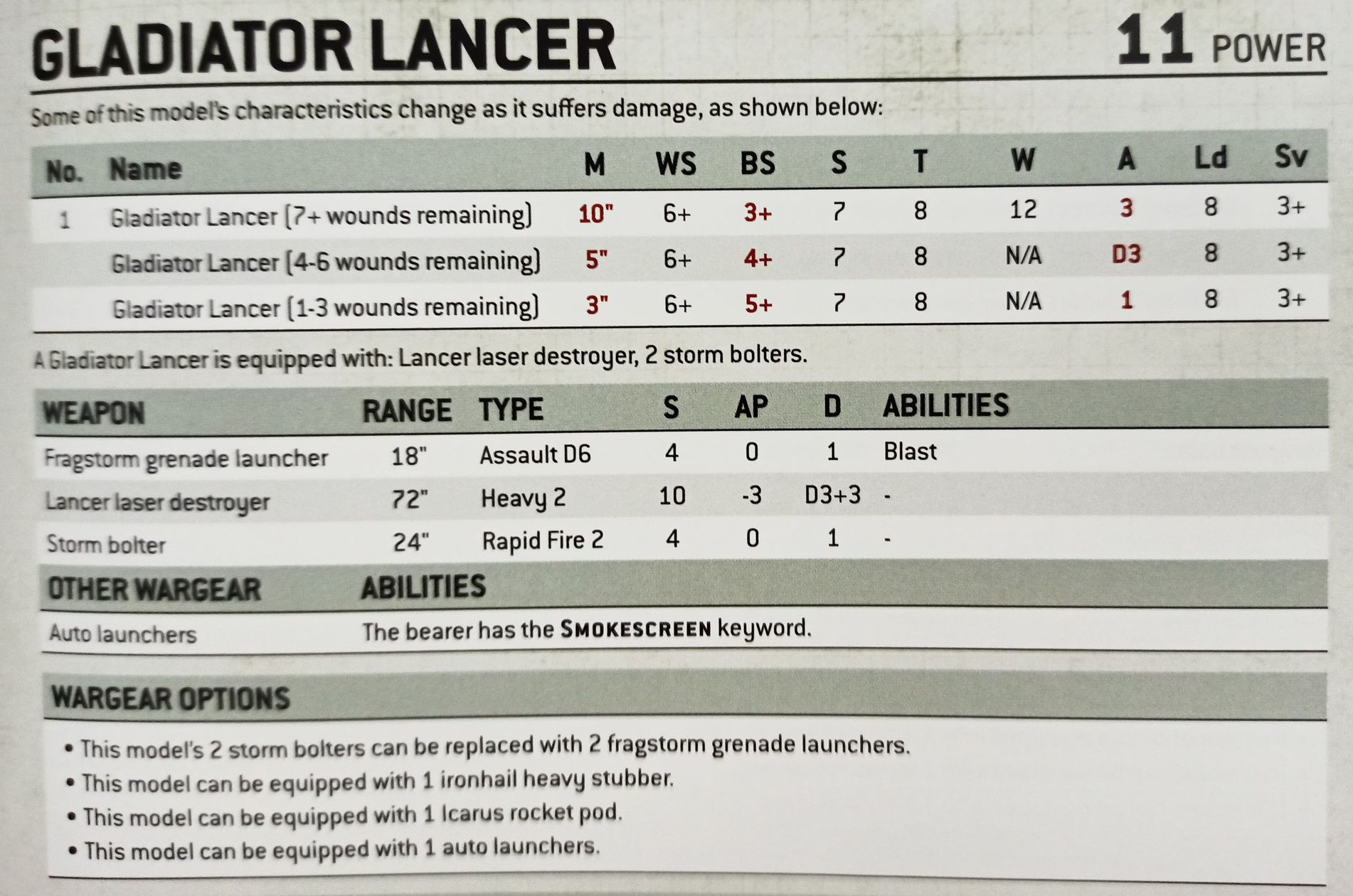 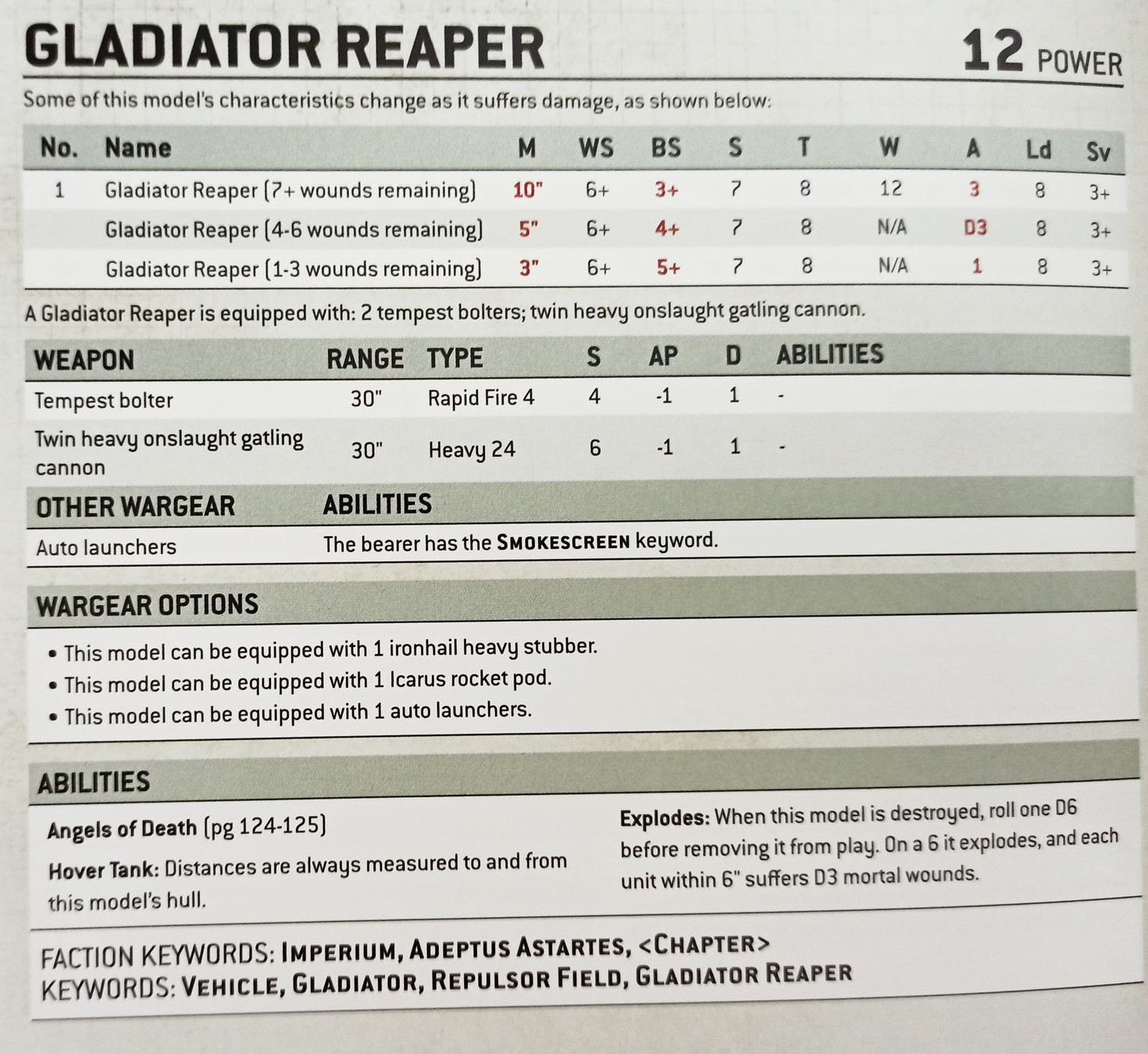 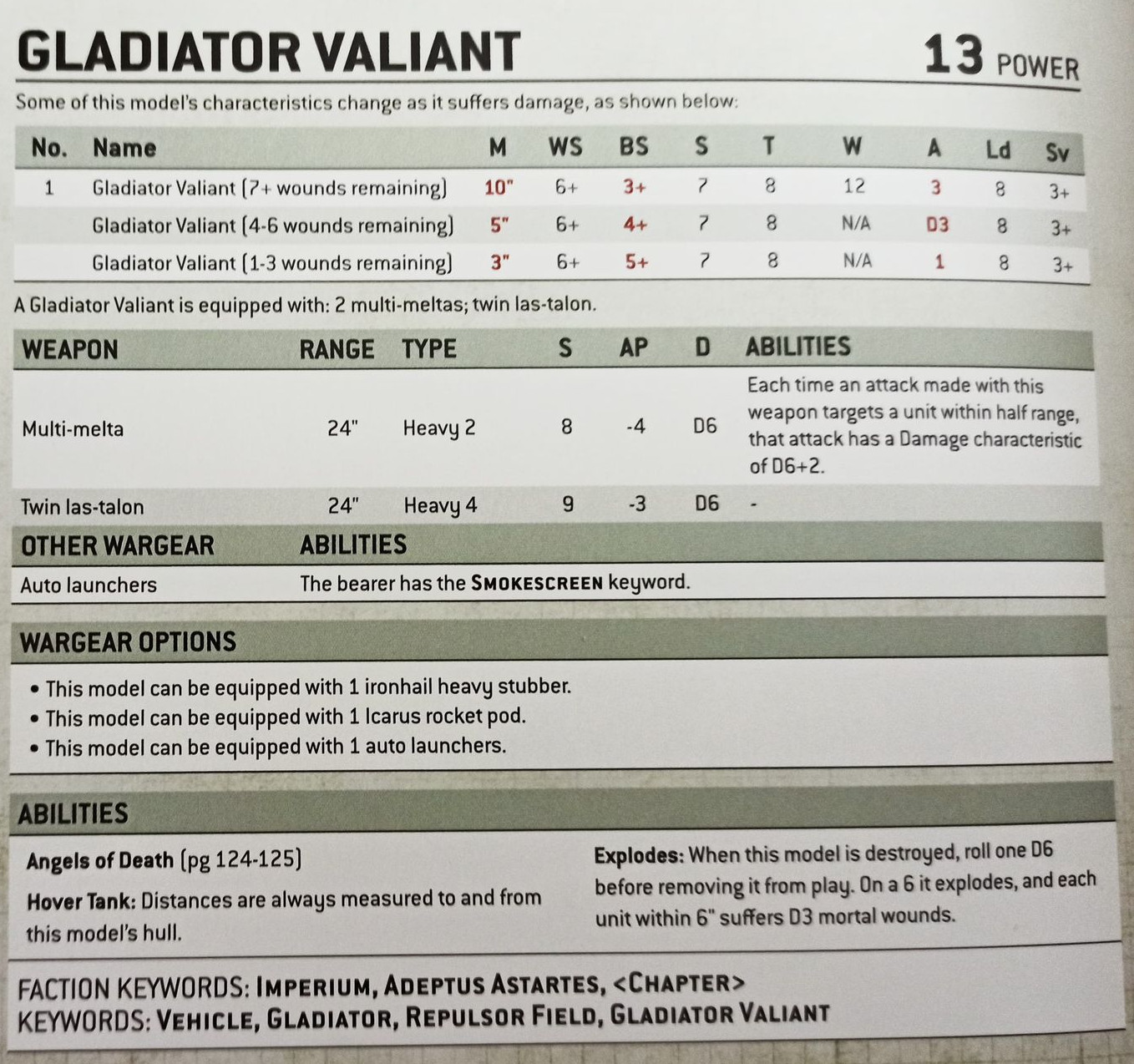 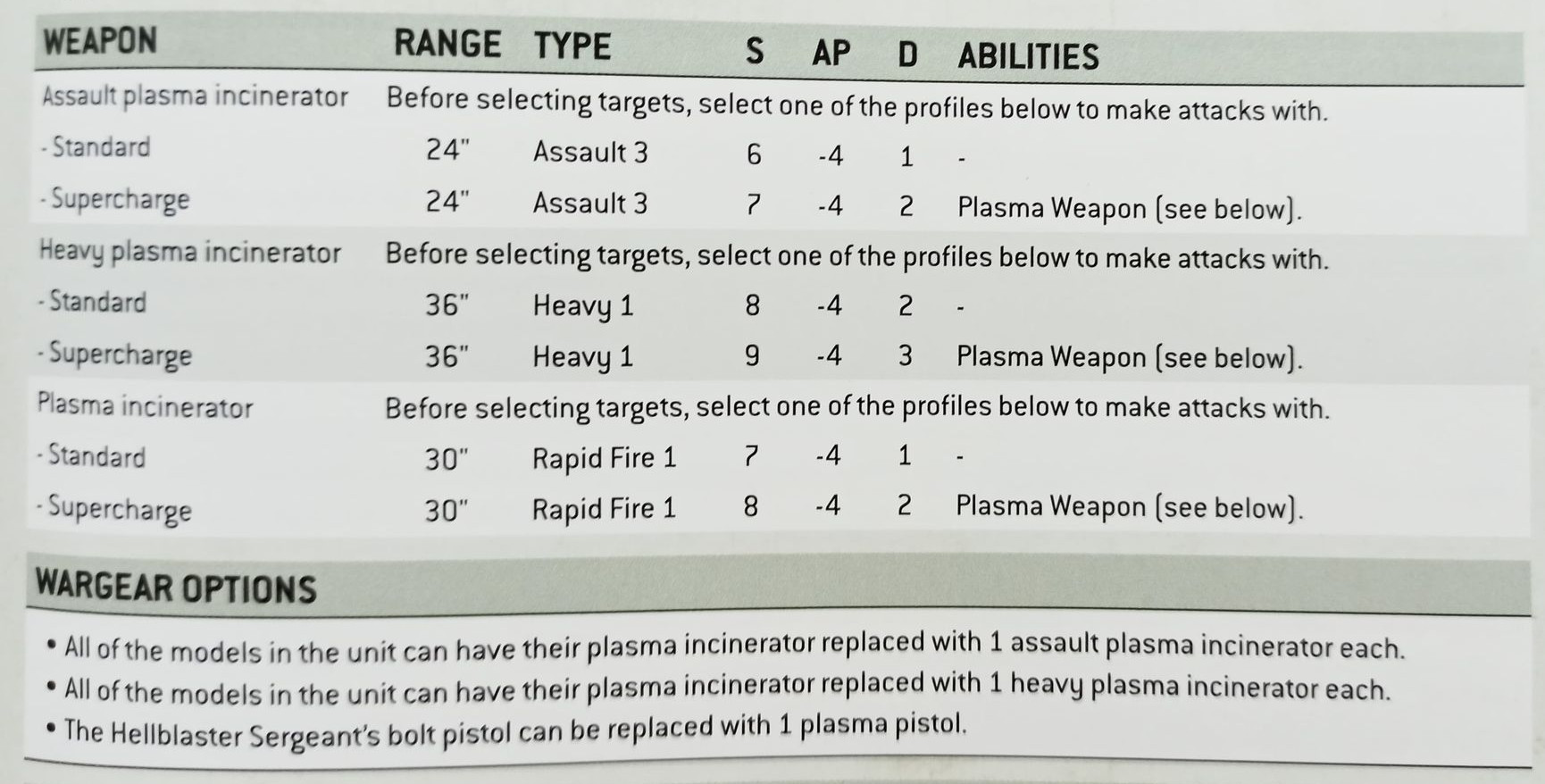 Repulsor: 315 pts equipment included
Repulsor Exec: 355 pts. Aquilon Optics nerfed, it's now a +1 to hit and not a second shot.


No change but basic config are now with the cheapest options.

Yea that's a big book for sure but I think it's a good one. The layout is really nice, it cover all the Space Marines for the 9th, it should make room for some Xenos love.
That said, I think it's too much, there are too many references in the Codex. They should split or squat the old Marines (maybe not everything but the basic stuff should go...).
The numbers of limitation on transport rules are dumb and make no sense. Now that we have Heavy Intercessor they could have made a real intercessor kit with the heavy & special weapons and let them go in rhino. Same for drop pod, land raider, Jump Pack for Mk10 marines. I guess it's a money thing, space marines represent such a large part of the sell that it's very hard to touch them and you end up in this Bloat situation...
At first (a few years back) i was hyped by the primaries thing...now I would have preferred them to just be a model upgrade in the fluff and added a few units here and there. Right now it really feels that there is 2 army in the book...

: As you know, this Saturday the SM codex goes on pre order. This si the first Power Armour codex for the 9th edition of Warhammer 40000. This codex will include rules for nine loyalist First Founding Chapters, as well as the Deathwatch and those successors whose renown almost rivals that of their parent Chapter. 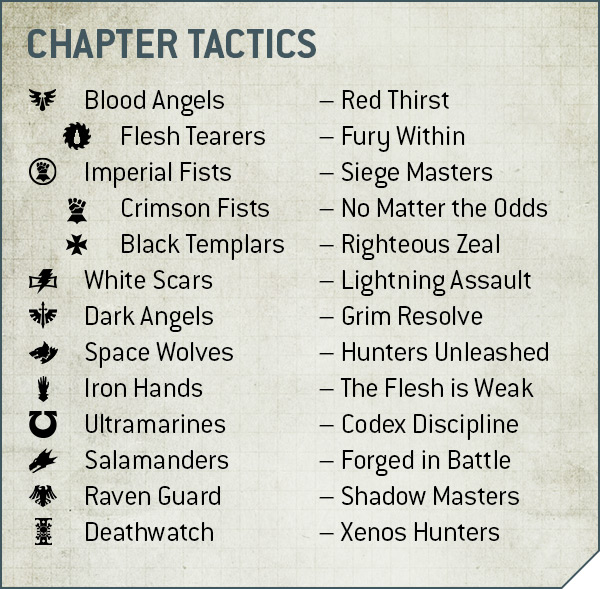 So all the codex are included, I don't know what's going to happen to the Specialist unit of these codex but I guess we are going to wait the for already announced supplement to play them. (SW, BA, BT)

Make your own Chapter

the new codex includes full rules for creating your own Successor Tactics, too. All you need to do is pick the two Successor Tactics that best identify the character or play style you have in mind from those 19 listed 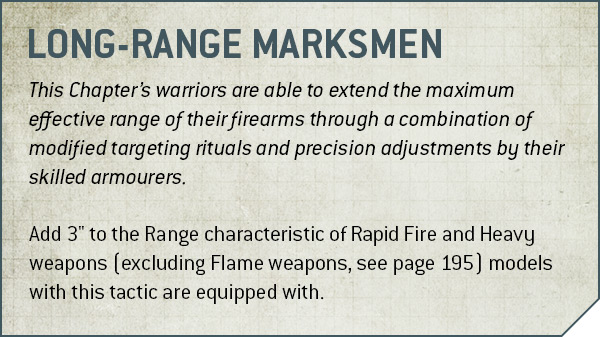 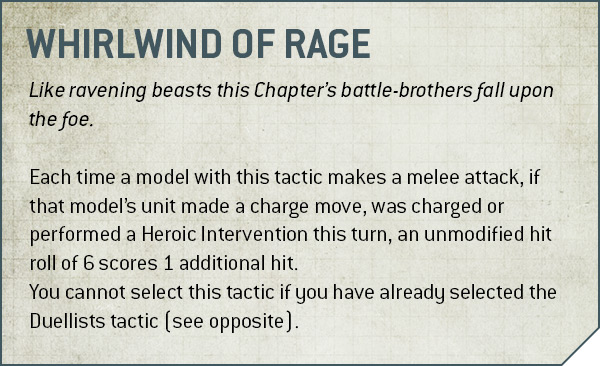 Back are the days of Mix Maxing chapter tactics ^^