Hello everyone, welcome to the Bloodbowl Second Season Edition review This post will regroup all the info and the news on this release 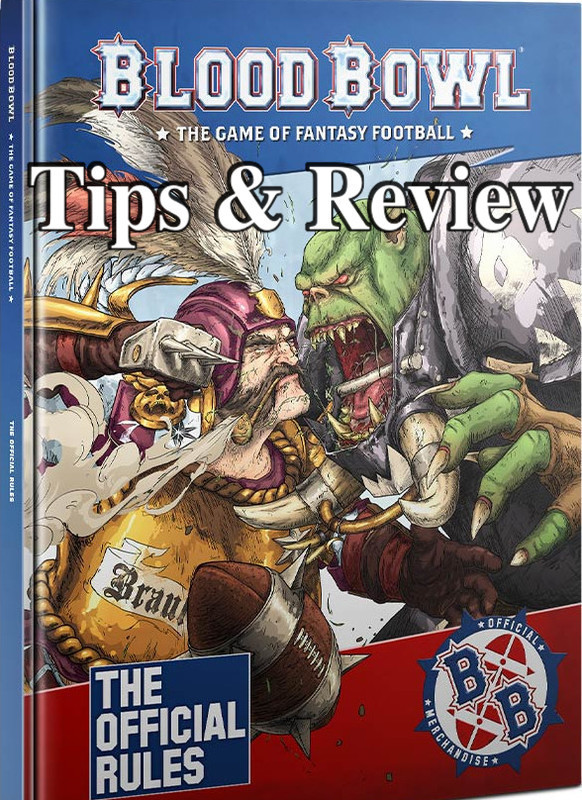 I want to start a Bloodbowl mega-thread on Bloodbowl Second Season rules. There is a lot to say as any small changes shake a 20 years old Meta!

There are 4 games mode in Bloodbowl: Exhibition, League, Tournament, Eternal League. It's important to define them so that we all know what we are talking about :
The exhibition game is the one-shot Bloodbowl match. It's ok to play exi if you learn the game or want to show it to someone. Nothing more.

The Tournament game: A tournament is usually 4 to 7 games on 1 or 2 days. In a tournament, your team is usually created with a bit more money and some starting skills. But the rules can change a lot depending on the TO.
For years the standard was: Team at 1 100 000 gold (it's like points) with 4 primary skills and 1 secondary skill. Things evolved in recent years with Tiers and Star players being included.

The Short League game: The golden way to play the game. You create a new team, play them for 6 to 15 games during the season. Between each match your team gains upgrades! The goal is to win the league/playoff!

Eternal League: It's like the league game but played online usually. We call it eternal because you can play the team for as long you want and there is no fixed number of games.
Became super popular with BB2 by cyanide. It's in this format that developed the infamous clawbomb (Claw, Mighty blow, piling on) chaos lineup where multiple Chaos Chosen/Beastmen would have these 3 skills + block. Also, keep in mind that player focus in Eternal League is usually gaining Spp (exp)

Disclaimer: Most of what I write in this post is with Short League or Tournament in mind! Off course it's the same game but keep in mind that the intent is different ^^

TBH I have a hard time deciding on where to start ...so let's start strong :D

The Ogre & and other big guys !

The big guys (ogre, troll, minotaur, rat ogre, snow troll, kroxigor, mummies...) are your main source of Mighty Blow when you create your team. Also with S5 attacking them ask a lot of setup, on the other hand, Blocking with a big guy is simple, thanks to his superior strength.
Still, this is not without risk: First, Big guys are loners and bad rolling can cause a turnover, second, they usually have a bad trait forcing a roll prior to act. ie: Ogre needs to roll a 2+ to play. Third and most importantly they didn't have access to Block unless you roll a Double (on 2D6) on the LVL up.

Big guy are awesome!! they are a vital part of your roster until you reach very high tv (or play orcs ^^)

Right now having a good big guy is decided by having Bloc or not it used to be a pain in the ass !

Now the progression rules changed in the new edition. When you have enough Star player points(XP) you can buy the skill you want! It's slower but it's a sure shot. Ogre needs to save 12 SPP to choose block (choose a Secondary skill), honestly, it's a game-changer.

Each chosen secondary is +40 000 cost. Maybe it's worth it to stop getting comp after block if you are in an eternal format. In a tournament, nothing should change if we keep the scheme of 4 primaries & one secondary skill.

Rat-Ogre and Minotaur used to both have animal savagery, the rules was: on a 2+ you can blitz and block on a 4+ you can do other actions. If you fail you stay in place!

So yes the rule is a lot more dangerous but I think it's a BUFF! As a long time Skaven player I can 100% assure a blitz or a move from the Rat Ogre! I just have to feed him a linerat! It's a buff don't you think? it's going to be invaluable when the ball is free or the ball carrier is in Gutter range.

you can use the blitz somewhere else, roll the 4+ to move the rat ogre and if the move is important and you need him to mark some player with his prehensile tail(that now works on Jump) you feed him a linerate before rolling!

It's the same for when you want to pressure the ball carrier with a blitz from the Rat Ogre ! have a linerat near him in case of rolling 1. If you are smart (and lucky) enough you can have both the rat ogre and linerat start adjacent. Activate the Rat Ogre and you can even move the linerat after, even if the rat goes down you have 58% of not breaking armour! you can still stand up and move 4!

Also, Mighty Blow only applies on block/blitz action, not on Animal Savagery !!

NEVER !! ho praised be Nuffle !!, NEVER activate your Rat Ogre when the ball carrier is the only standing friendly model next to him ^^

All of this applies to Chaos Dwarf !! (it's even better I think !)

So if you play Skaven or Chaos Dwarf(booh) get a big guy, get block skill with 12xp and profit!

That's if for now! I'll update the post regularly i hope ;D