5 reasons to get warzone charadon book 1

Hello everyone, welcome to the reasons to buy war zone Charadon This post will regroup all the info and the news on this release 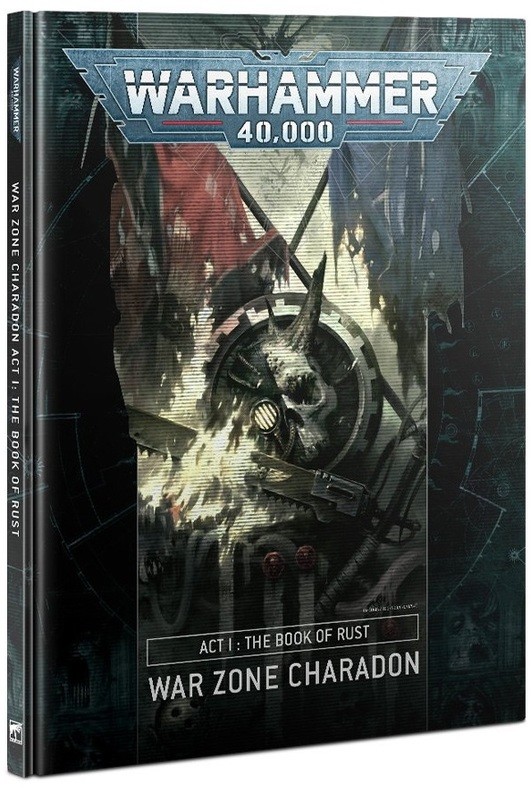 Welcome to the review of Warzone Charadron: Book of Rust!

This tome is a Campaign book about a specific theatre of war : Charadon sector.

Inside the book you will find; campaign rules, army options, armies of renown and crusade rewards.

In a some ways, the book reminds me of the Eye of Terror from the old days. 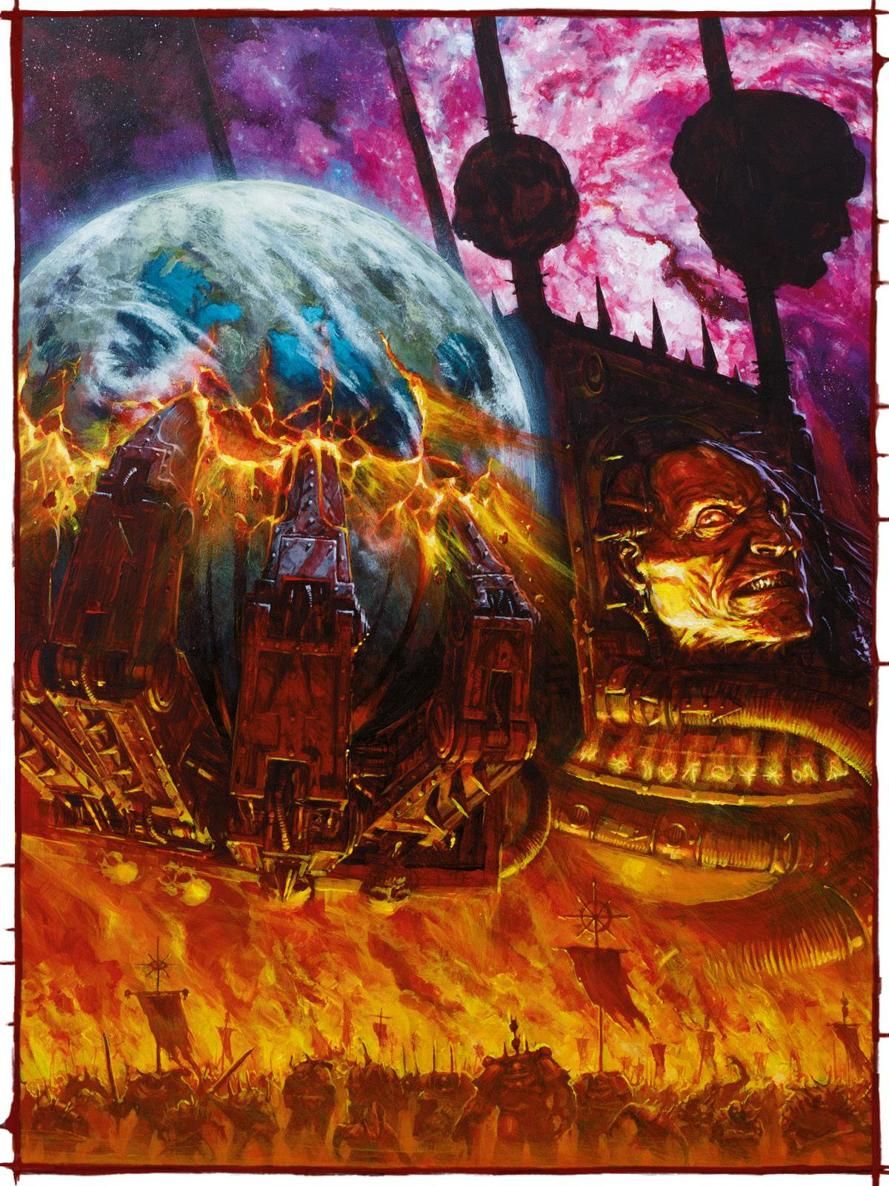 But today you can pre-order the Warzone Charadon Act 1 : Book of Rust from our partner element games here

who should buy this book?

Accept it ! you love reading fluff about 40k and you need to add the book to your shelves! Then it's good to buy as you get around 40 pages (illustration included) of back story and description. There are nice passages about Typhus and his acceptance of the Black Crusade.

Some intels about the unfolding of the war at hand as well as some insight on how Forge Worlds and Fabricator react to threat...

Sure this is not an Abnet novel but it was a good read!

Want to run a Campaign

Included in the book, a full rules system on how to run a Campaign.

Notice I don't say play, I say "run " ! as in a GM running a DnD game. Yes, It's strongly advised to have one person taking up the mantle of the GM and run the campaign for everyone! So it's a lot more attractive to FLGS, Groups of player and so on.

There are 15 pages of rules, with how to make teams, terrains rules, secret objectives ...

In a nutshell the GM: Divide players into 3 groups (Chaos, Imp, Others). Everyone plays a certain number of games during 3 phases of the Campaigns. At the end of each phase, we count who won it and at the end of phase 3, we check who won the overall campaign.

Also, you get terrain/traps rules for each different phase of the crusade. For example these ones are applicable during the phase 3 of the campaigns ! 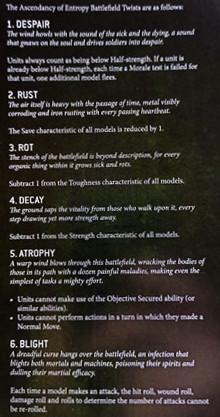 Of course, it's also fully compatible with Crusade!

Honestly, it looks interesting but a bit light for justifying a full book.

If you need moar rules to build your army, the book includes rules for Mechanicus, Death Guard, Knights and Drukhari...

-Mechanicus get a full robot force 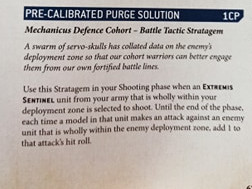 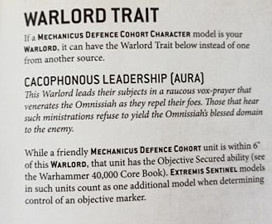 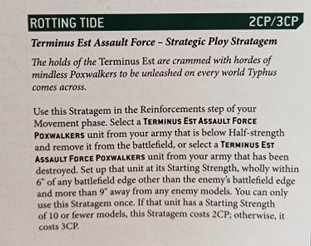 -Knight get a 100% free blade army ! they get some interesting stuff as well like : 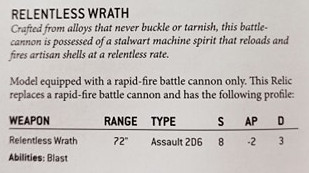 Scarred of -1 dmg ? np with this Battle Canon !

4 sub-factions, relevant to this theatre of war...
House raven for knights,
Metalica for Mechanicus.

It's kind of bad that gw release a Dark Eldar codex and a DLC on the same day. the rules are on 3 pages and could not fit in the Codex ? (120pages long). :/ 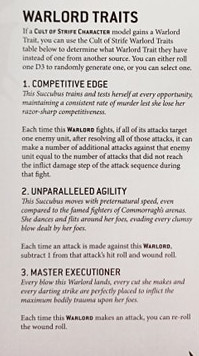 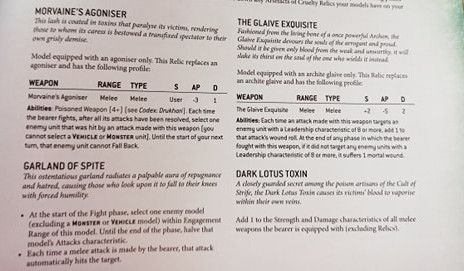 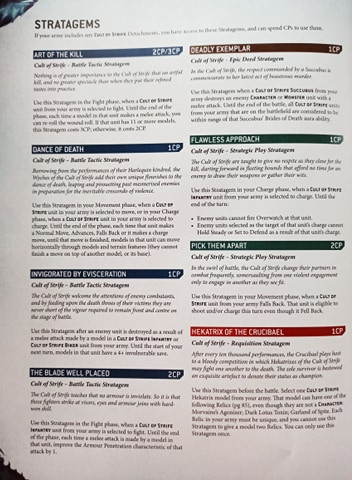 Another reason to get Book of rust is adding more option to your crusade games. The section is great but short (8 pages only), still, you get new options for everyone playing Crusade & Obolis invasion campaign.

There are some particularly nasty Ranged weapons enhancements like a Recoil dampener for heavy weapons (remove moving malus and overwatch on 5+). 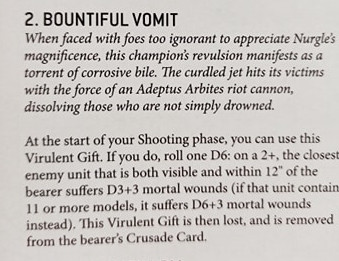 Or include a freeblade in your knight Court ! 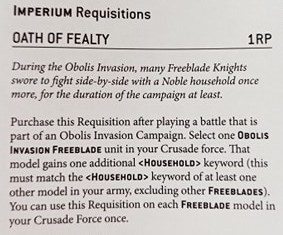 Anyway, I love crusade, it reminds me of how we played Necromunda in the old days! As soon as the Covid restriction is lifted I hope to organise a campaign/crusade and test it thoroughly.

It's simple if you want the options in the APP you need the book (or a code at least ).
I still think owners of codex should get stuff present in the Campaign or setting book automatically added to their army option in the APP.

For example if you added the DG codex to your app you get Terminus Est for free. Right now it's hard to even justify paying for it if you also need to pay the full price on the campaign book...

Anyway, the app is expensive and ok-ish at best so i agree it's poor reason.

There are reasons to buy this book, but i am not sure it's vital to get it if you only need one page ^^
In the end Metalica is nice but it's not Cadia, Armagedon or some other famous place.
Also apart for Typhus there are no one you really care in charge of the defense of the sector.

Not bad but not incredible .