Hello everyone, welcome to the warhammer 40000 death guard codex tips This post will regroup all the info and the news on this release 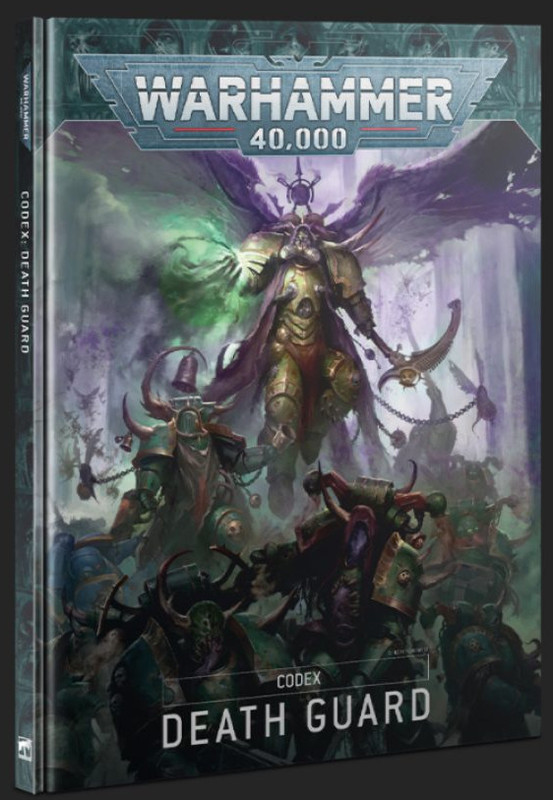 The Death Guard codex is the first Chaos codex of the 9th and I was really eager to read it. Sadly the Covid and the Brexit delayed the codex and the review as well...

The book itself is as usual really well made top-notch quality. Even more than usual, the arts, the painted models are a treat for the eyes ^^ I find it really hard to read this book and not wanting to start a Death Guard Army this instant !! (yay new project)
This said it's probably a good idea in the 9th. Warhammer 40000 changed a lot with this edition. Missions are the main(sole?) winning condition now! Fun fact most primaries Objective are about holding terrains or zone, and guess what? it's the best feature of the Death Guard, they are tough to kills and hold objectives very well!

I think the Death Guard is going to perturb the meta a lot...So let's see in deeper details what the book is made of. I am going to focus on the Gamey aspect of the codex, but know that Crusade Rules are included and look Sick...

It's apparent that in the 9th, you win games by scoring points and not killing the enemy.
Considering that 99% of primaries objectives are Take and Hold, the Meta is made for the DG. This army banks on their trademark durability to hold the line and score points.
It's all thanks to
- Dg models reduce dmg by 1 (minimum 1)
- Dg terrain offer cover aura
- malus 1 to hit stratagem
- bonus +1T for all marines.
-General trait that negates rerolls (all the army can have it)
-Cheap Pox screening.

Both are Control secondaries and should provide the smart DG player lots of points! Before detailing these it's worth noting than for the first time in 40k history the Slow and steady Nurgle approach makes sense with the way you play the games. Before it was a gimmick to justify skewed characteristics now it's the Way DG can play the game and win it.

Spreads the Sickness: It's an action objective where you transform Primaries into 3 points by spending an action. You should have at least 2 or 3 in your territory and can grab more in the end game.

Despoiled Grounds: Give you 4 to 6 points per conditions you meet at the end of the game. In a nutshell, be alive in a different part of the map...

It's fun picturing you can more or less ignore the opponent and do your thing first 2 turns... Now that we know what the plan is we can see what is strong and what is not in the book... 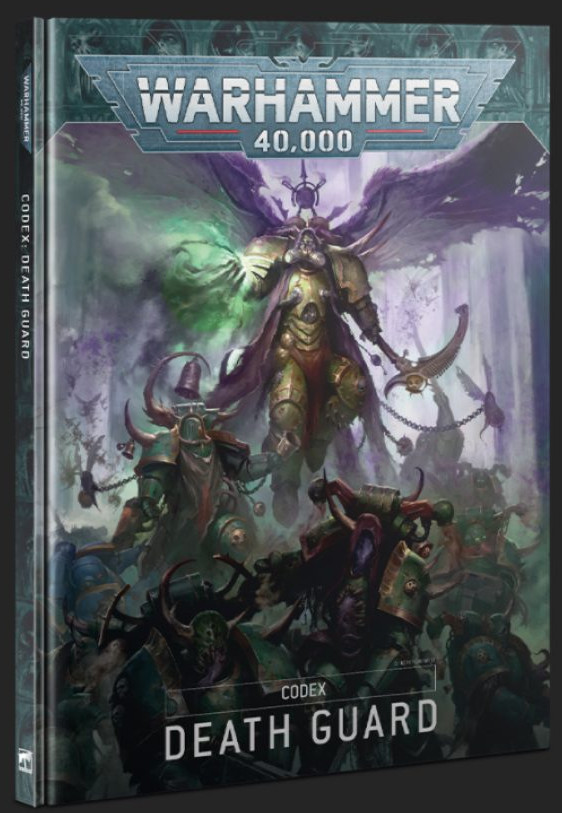 Each company (sub-faction) in the book grant you contagion ability in the form of a Warlord Trait. Now for 2 cp, you have access to a stratagem "Flash Outbreak" that grant this extra Contagion to any units from the same company and increase the contagion area by 3" (max 12) for all the army.
It's a very strong synergy that going to influence a lot your Company Choice. To me the stronger choice is :

Everything the company provide is perfectly fitted for the takes, hold, and survive game plan!

1) The company grant a Stratagem that allows Heroic intervention on all units within 3 of an enemy. Someone bothers you while you hold? how about charging and clearing them...

2) The warlord trait Gloaming Bloat is impressive ^^ Within contagion range of your warlord (and other units from your company when using the stratagem): No Overwatch or Take cover, No reroll on hits or Wounds rolls...It's disgusting ^^ and fitting Nurgle perfectly :D

2 other Company are interesting as well

1) The Inexorable: Grant a -1 ap contagion effect to the warlord that can be shared to another unit with Flash Outbreak

These 2 are interesting as well but Mortarion Anvils Company is hard to ignore...Now let's check the different units the army have.

I'll have to admit that over the recent years the DG amassed an impressive amount of new models that are very good looking. This is appealing to me that all the models are recent there is no size problem between primaris and smallRines like all SM codex have :(.
In a nutshell, Models look cool, offer lots of choices, have army terrain, Mortarion, Typhus, a bunch of Characters and Lieut, new vehicles... 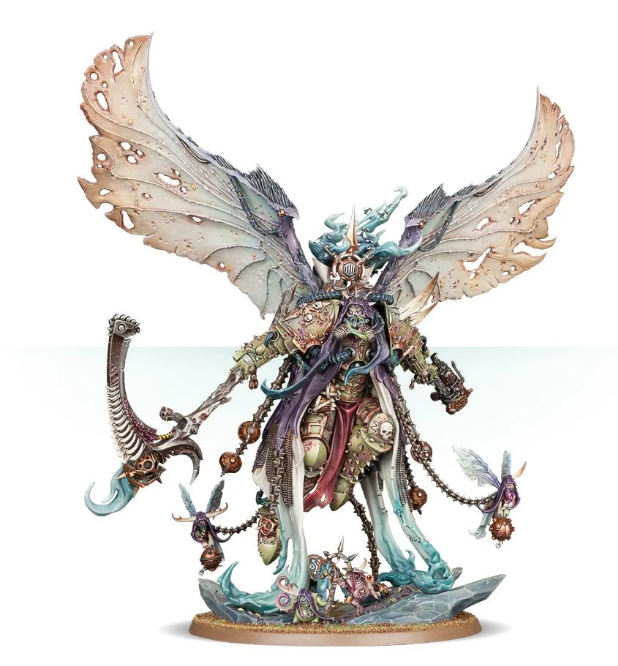 Let's start with the BOSS himself. Yea he's probably broken ^^ he can blend, cast, dispel, buff and share contagion...
He gets 4 warlord traits and you hence get something like T8, FNP5++, reduce dmg, disable Aura, prevent reroll with 18 wounds...
Also, he is a Psycher and the Nurgle Psychic list is awesome.
Arch Contaminator add an aura of rerolling wounds on plague weapons (core).
He also does a bazillion of attacks and destroys everything he contacts with ...Also he flies. 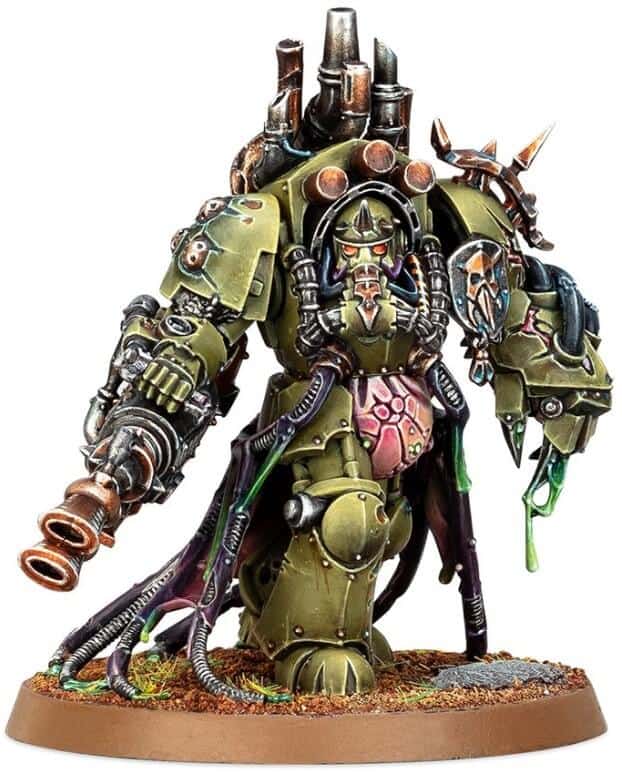 Lord of Contagion, Virulence, Malignant are the best Lord/Psykers. Both add different abilities and are good choices.
Big fan of the Pyscher considering the quality of the Psychic table. 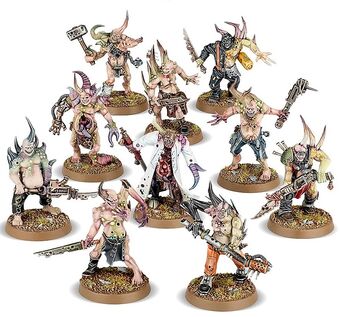 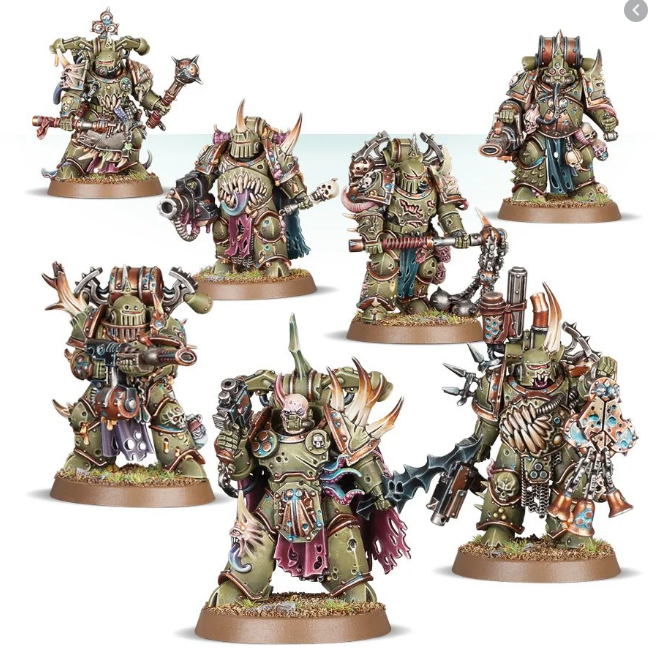 T5, 2 wounds, reduce dmg by 1, Always count as not moving, Object sec.
Bunch of options. Yea the equipment option wording is a mess but in the end, there are a lot of options. Also, they lost some good rules like Death to the False Emperor and the grenade Stratagem.
Still, they are the most durable unit with ObjSec in the codex (game?) and they have access to a +1 A stratagem (1cp). You can give them a Sigil granting Rending to bolt weapon. 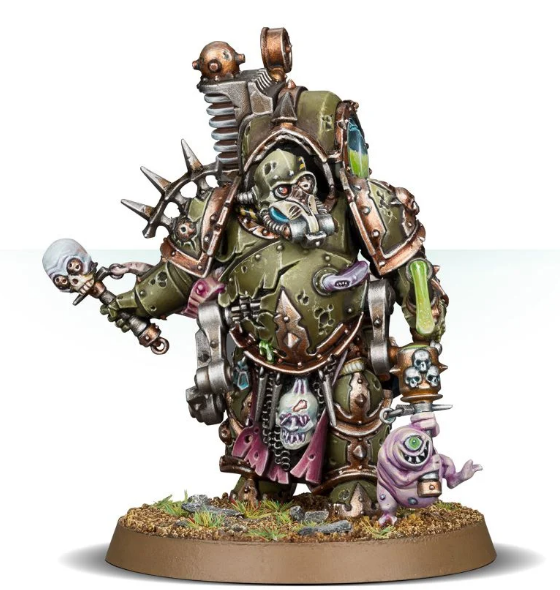 Multiple Lieutenants like choice are in the book. you can select 3 for one elite slot.
-Noxious BlightBringer: +1 move aura and descent melee and have access to a relic that prevent fall back once per game... +1 move is strong and the Relic preventing the enemy from falling back and contesting an Obj somewhere can be games-winning

-FoulBlightspawn: strike last in melee in3".
Can be super good in a Ferrymen company as he can equip a relic negating Charge Bonus in 6 and you can increase the aura with the Ferrymen ability to 12" where there is no Charging Benefit. Combined with the no reroll contagion you can really ruin other ppl plans ^^

-Tallyman: +1 to hit and regen Cp and an option for exploding 6'' in the shooting phase. Auto include in a Dakka DG list!

-Terminators: Both units are extremely good! Both have Teleport Assault (free deepstrike) and it's priceless in your army plus: T5, 3wounds, reduce dmg by 1 and a 2+ 4++ (Beastmode !)
. Deathshroud are best in melee and spread contagion very well (also they are still bodyguard)
Blightlord can be a strong shooting unit with the right company/support characters. Take a unit of 10 and dakka them to death ^^

-Hellbrute : Have Contation and the -1 to dmg as well

-possessed: Not bad now as they have contagion , s5/t5 4 attacks, plague weapons, Resilience...but do I prefer them over other option ? i don't think so... 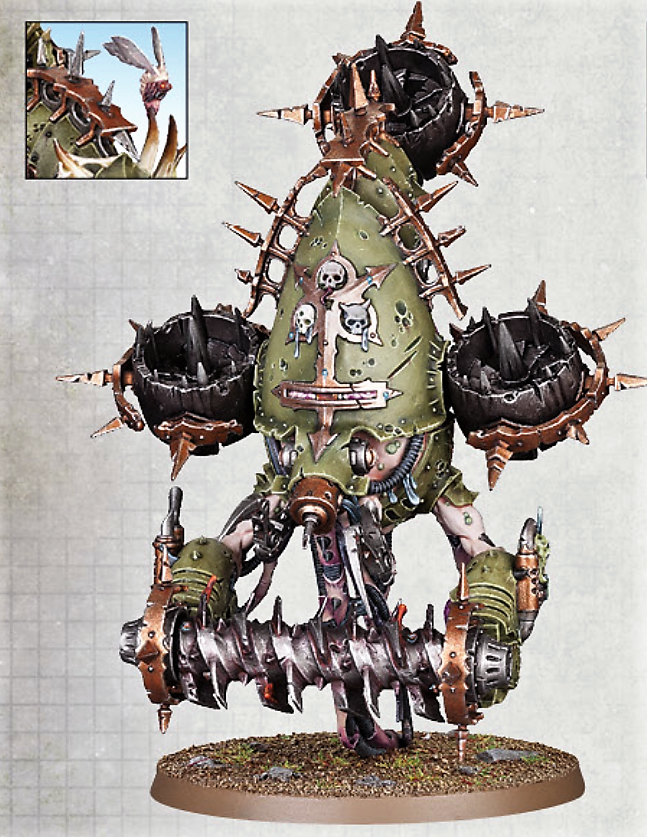 -Flesh Mower...I mean bloat Drones :
Aamazing choice now, good stats, fly, have contagion, disgusting resilient and a Heroic Intervention within 6" (Stratagem). Best objective bodyguard now ^^
Each one gets 12 attacks S7 Ap-2 and 2 damage flat with the -1t contagion and. Also, they are hard to kill with a T7 w9 -1damage 3+/5+???
All this for 135 points? !!!! hell yea 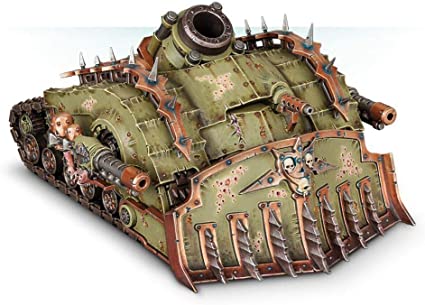 -Plagueburst crawler: Reliable indirect fire! is this 2001 all over again ? with the buff to Blast weapon and the +1 to hit all daemon engine got it's a very solid choice. The crawler is very tough and behind a wall, it's not going to die... ever...
It's going the fundamentally change the way Nurgle (and chaos soup?) deal with pricy backline units...

If Sister and Grey knight weren't there, Death Guard would be the top meta dog. On the other hand Death Guard is very well equipped to deal with Space Marines and Harlies. both very popular armies. I am not sure where they are going to ends up on the power chart but with a Mortarion this strong, and the other gems in the codex plus the range of modern models it is now an incredible attractive army!

As a more personal point of view, i really consider branching and focusing on Nurgle for the simple reason that i am fed up with the esthetics problem i have with the Blood Angel and other Space Marines armies. Having Primaries and non Primaris hurt my eyes, but all the cool units are not primarized yet so i started converting everything but it take too much time and effort and this could be a waste if primaris DC/Sang/Vang end up being very different (at least in weapons options.). So yea DG it is, they have everything new, a primarch, and the old chaos stuff can be more easily integrated and converted that transforming all my models in primaries...