Hello everyone, welcome to the Warhammer Advent Calendar This post will regroup all the info and the news on this release 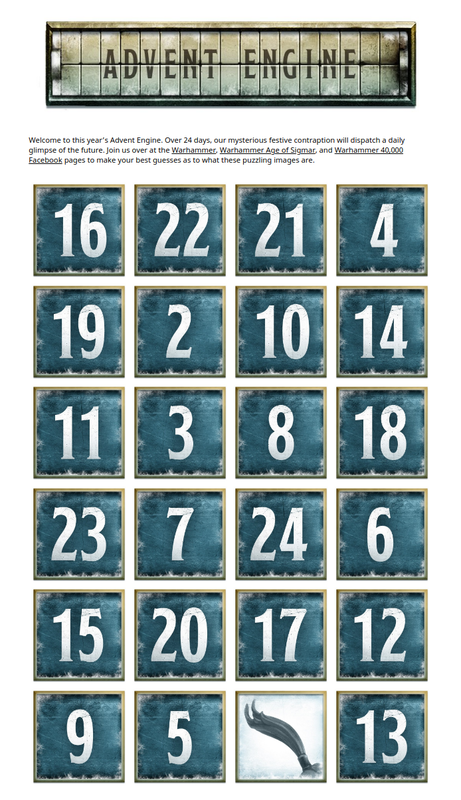 Rumour engine Advent Calander started yesterday and will go until Christmas.
Yes it's like the usual Rumour Engine Click bait but it's one per day :D 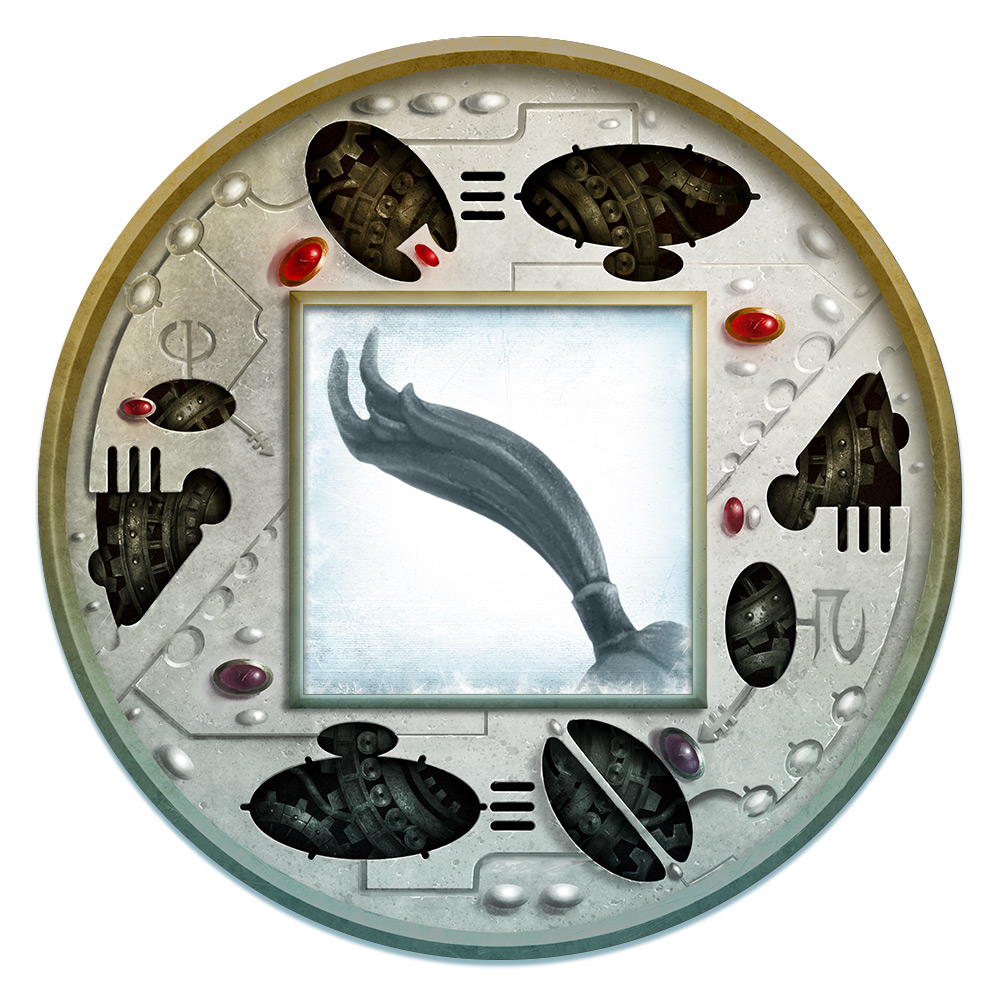 Look like Eldar to me ? What do you think ? 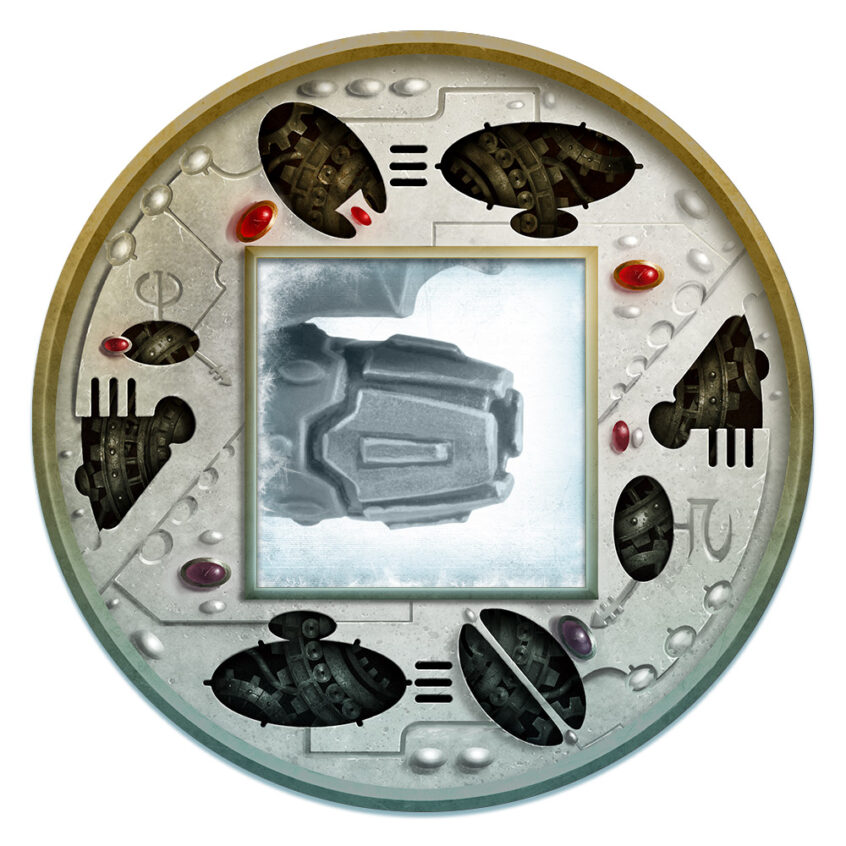 Will update every day


similar to old models, but greater variance of poses, Exarch’s chainsword is inbuilt in his gauntlet. Leader model has chainsword klaive

Slightly crouching on top of ruins.
The claw is even smaller than the old version, but the chainsword is massive.
The segmentation of the scorpion helm is similar to the drukhari armour style,
but the rest is craftworld style with these yellow scorpion bars, except that karandras is in a very dark green and the bars are bone colored.
There is a pictures of this miniature and Drazhar next to each other and the arc on the base is a continuation of on of Drazhar’s stone arcs

Similar to the old model, but helmet is more layered-samurai-like and he stands on a huge column with a relief of battling eldar

one to one 2nd edition cover rendition

jumping in mid air, cloaked with flowing strips not unlike spectres but horizontally, glaive

larger jetbike canopy with standard jetbike middle section and rider. rear is split.
each side with intake, jet and large wing. In the middle is a ‘gyroscopic harness’ of three halfcircles and a shooter/heavy weapon.
There is a variant with wraithbonetendrils held by lightning between the sides instead of the weapon, rider has hammer and blindfold

standard jetbikes with underslung smaller canopy that bends on one side upwards to shield the rider, very short wings,
but huge hair tail from rear, rider has multilayered plates like water ripples, knightly helmet with huge antlers, laserlances.
There is a variant without the additional, upside-down canopy with Guardian helmets, axes, larger wings in the form of the Avatar helmet

with axes in V formation balances on tree stump, falling leaves with turbulences from the jetbikes makes this very dynamic. The trio is connected with cables and they pull a mini webway portal.


Warlocks, Dire Avengers, Falcons, Wraithguards, Fire Dragons, Swooping Hawks are the same. The latter has a new leader (Hierarch) with a pet bird, though.


There are two Avatar pictures, probably Forgeworld conversions, one with an axe and a blood weeping Horus mask. The other with female chest, burning veil and glaive and stump for the other hand.


Ulthwe, Alaitoc (additional meditations and can make two terrain features dense),
Saim Hann, Iyanden and Yme-Loc! (get exclusively the Expert Crafters trait and -1 dmg for non-aircraft vehicles)
get half a page each. 2 pages for built-a-craftworld, Biel Tan has a whole page with a custom Court of The Young King hero hammer HQ-only detachment.


Almost two pages with their trait (bonus CP for every destroyed unit, capped at three, that can be spent on Command Reroll, Insane Bravery or Counteroffensive in the same round with an addendum when not
battleforged that I skipped), a couple of relics, but only a single stratagem (resurrection for 2CP) and a list of drukhari/harlequin models that can be included as mercenaries.

: all there, but haven’t spent time on it. The same for relics, but vehicle upgrades are now relics for vehicles.

: celestial shield and seer council, forwarned are gone, Fire and Fade is still 1CP. There is a new 3CP one that lets all aspect units that have another one in 6” reroll wounds.

Farseer can be upgraded to high farseer, knows/casts/denies additional power. Autarch upgrade gives them a shrine creed and +2 attacks if enough models in 2”. Hierarchs can become Disciples of Asurmen, giving them a 4++

Objectives are: enemy unit destroyed by attacks of two/three or more friendly units in a turn, enemy characters/monsters killed by own aspect characters and one that gives you VP if the enemy holds one designated objective

some deployment rules that I skipped sadly

Path of Asuryan: this one is long, complicated and it would be a miracle if I got everything correct or complete. The rules text alone consists of some dense paragraphs and the list of traits is four pages long with a couple of categories. Units can choose traits from a certain category and no trait can be picked twice. But there are lots of exceptions, though. It seems that wraith units put the rule on its head and all units must choose the same trait. When a phoenix lord is part of the detachment, aspect units can take the same trait. Aspects units without an exarch are also exempt. There is a rules text for ynnari, but I can't remember what it was.

There are Lamentations, meditations, shrine creeds and exarch powers.

There is a lamentation that gives a unit deep strike, but there are not that many traits. Meditations are more plentiful. The path of the acrobat gives advance bonus, path of the arbiter, MW on dice roll when wound is mitigated after taking saves, path of the warlock: can take powers from the runes of war. an ynnari only one makes an autarch a level 1 psyker. Path of the Black Guard is Ulthwe only, gives 6” more range. There are many more. this is speculation: I think they represent former path experiences, since some model have rules like: Path of Farseer/Command etc: yaddayadda, in addition, can take up to one meditation. Speaking of which: Path of command is unchanged, but not an army wide rule, but only for the autarch with wings. The autarch on jetbike doesn’t have this and Yriel has Path of the Outcast (deploy after both armies are deployed). But I should stop here. I will describe what I could remember about the datasheets later.

All aspects have three bespoke shrine creeds that are all very powerful and a couple of unaligned ones. Then there are a dozen Exarch powers that are all unaligned, with only one locked for biel tan armies. Scorpions have one creed that lets them advance and charge if movement starts in terrain. Dark reaper shrine creeds: indirect fire with single shot, additional shot within 18", krak shot available and reroll hits on 1. There is one generic that allows to reroll charges. Some exarch powers are simple stat modifiers.

entries for the Ynnari triumvirate

Solo warlocks and spirit seers can also cast 2 powers, but only deny one. spirit seers draw from revenant runes discipline

Damanhalla: warp spider phoenix lord. all phoenix lords present, all I have seen in detail have 4++, have missed the Karandras profile unfortunately

Hierarchs: 4 separate HQ entries for Striking Scorpions, Swooping Hawks, Howling Banshees and Dire Avengers. Female models except the scorpion. Haven’t found their fluff, so don’t know what exactly they are. But they get three exarch powers and have one attack more than an autarch (5)

Something Swordwind, named Swooping Hawk Hierarch, Biel Tan, just the Hawk Hierarch with a scimitar and a bare head, mohawk and a shooting weapon that is mainly out of picture but has a skull pommel

Asurmen: has two seperate set of rules. Only martial harmony rule is in both, no limitations for shrine creeds. Starts every (own?) turn with an aura, 3++, parry, fallback and do stuff. And can switch when aspect warrior destroys unit or model (don't remember which): +2 attacks, reroll hits and wounds, shoot twice with D3, reroll charge

Fireheart: Saim hann jetbike diorama character, resurrects at start of round unless enemy deals additional damage against dummy. The only picture is in the small datasheet bubble, so not much to see, except that it pulls a molten heart and fire wings and the riders have fiery axes. There are another two unit entries, that are only shown in the datasheet section:

both are a single Wraithguard sized model with avatar-like molten skin, burning shoulders. One is called Embers of Khaine and agonized eldar sized head with flame hair, dagger and blood bowl in hand, loose chains around wrist. melee infantry with high single digit wounds, two or three shrine creeds from any aspects, and exploding 6 melee aura.

anvil of souls, yme-loc specific, same body, but two-handed hammer in hand and no chains. repairs vehicles and deals MW to enemy vehicles

Striking Scorpions: Chainsword: +1 -2 D1, 2 additional attacks. Mandiblaster: in first round of combat: chainswords have +1 damage. I find this very unfluffy.

Dire Avenger/Guardians: both 4+ Save, Shuriken catapult Assault 3 18" S4, AP-1, Only Dire Avengers have the AP on 6 rule. Dire Avengers are the only (or the only one I am aware of) that have a baked in shrine creed and can take another: Defend(+1 Sv against attacks from units within 24")

Rangers: cannot be targeted by units when no enemy unit is within 18" at all when in terrain. Can shoot twice as long as pathfinder leader lives

Vyper: reroll to hits when advanced and moved full

Anvil of Something: wraith, vyper with power fist with MW aura

No Storm Guardians and Jetbike Conclaves entries if it isn’t hidden as an option somewhere.