Hello everyone, welcome to the Warhammer Quest Silver Tower review This post will regroup all the info and the news on this release 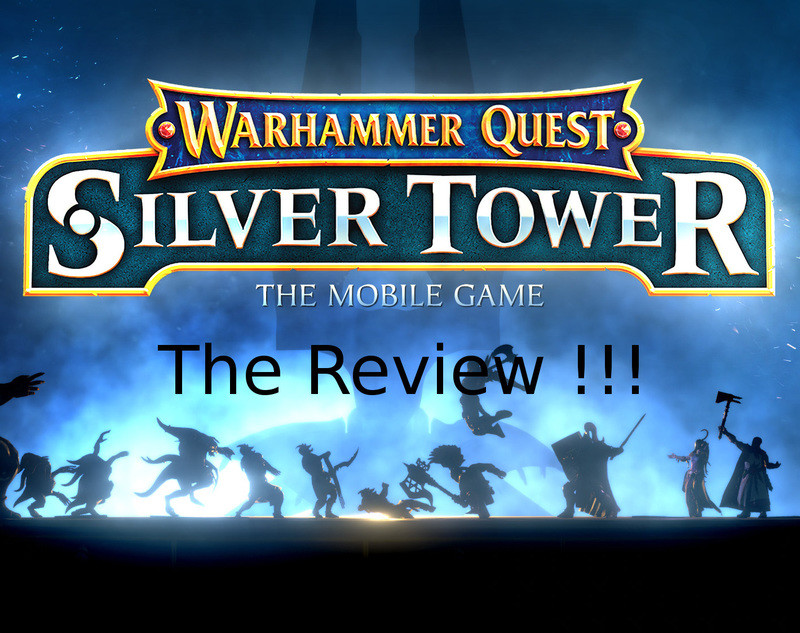 Today, Warhammer Quest silver tower the phone game by Perchang has been released!

What is Warhammer Quest silver tower ?

It's the phone game adaptation of the silver tower game by Games workshop. Silver Tower was the initial restart of the WHQ franchise (Warhammer quest).

Now the phone game is a turn by turn tactical RPG (sort of). The game is free to play with a bunch of Micropayment options as well as Ads watching for extra loot.

you start with one Stormcast champion and get a DarkOath archer champion rapidly, all the other have to be summoned. The more powerful summon the more you have to pay with "summon gems"

How is the gameplay ?

The gameplay is a classic turn by turn, champions and NPC have 2 actions that can be used to move or attacks. Champions have specials power that activates every 2 turns. The cute feature is a ranged attacker can overwatch with unspent action it's nice in-game.

It's fine, your account gain xp and you spend these xp to level up one Champion. You can also acquire new équipement/ Sell old stuff / equip boon. All these cost gold that you can acquire by playing (slow) or by paying (fast)

yes? no? , maybe. One fact for sure is that the game is made to focus on those microtransactions. Hell, after each mission (that are short) you can watch an ad to double your reward. Played only a few hours but the game stall a bit if you don't pay those dollars. I think the game focuses too much on these monetary aspects and lose depth. I would prefer to buy the game something like 10$ and get cute mobile games.

Is the game interesting ?

kinda, it's addictive to do one more mission and upgrade characters or add a new champion. The NPCs are not very bright and you can easily handle them by staying at the right distance. Yes, it's a problem ranged attack and camping are OP ^^
It's sad the terrain have little to no impact, there is no cover rule, no interaction with traps and furniture. There seem to be very little variety in terrains (like the board game ?), random halls with Tzeentch cultist get old fast ^^
On the plus side, there are a lot of champions to unlock/summon. Each Champion has one (at least) powerful abilities and it's interesting to combine them.

Should i play it ?

Yes, you should, it's free easy to play and ok fun. there is a 1$ package offer to kick start your adventure. So for 1$£$, you can enjoy the early stage of the game!
Once you are there you will see if you want to grind, pay or leave ^^