Just want to share my latest paint project - a Gang for House Cawdor - hope you like them!

House Cawdor is populated by scavengers, scrap farmers and bone-pickers, bound together by the holy word of the Redemption. By far the most populous of the Necromundan Clan Houses, though also the poorest, the House of Cawdor sifts through the rubbish cast down from the hive city, finding treasure amongst the trash and trading it back to its former owners. It is a distasteful but vital role within the ecology of the hive cities, and one the House has jealously claimed as its own.

Doomed to a lifetime sifting through midden heaps, the citizens of House Cawdor nonetheless take great pride in their labours, taught as they are that by their suffering they are blessed. This is the foundation of the Cult of the Redemption, and while more cynical minds might see it as merely another means of control, those brought up on its teachings see it as the only chance they have to earn a place at the God-Emperor’s side. 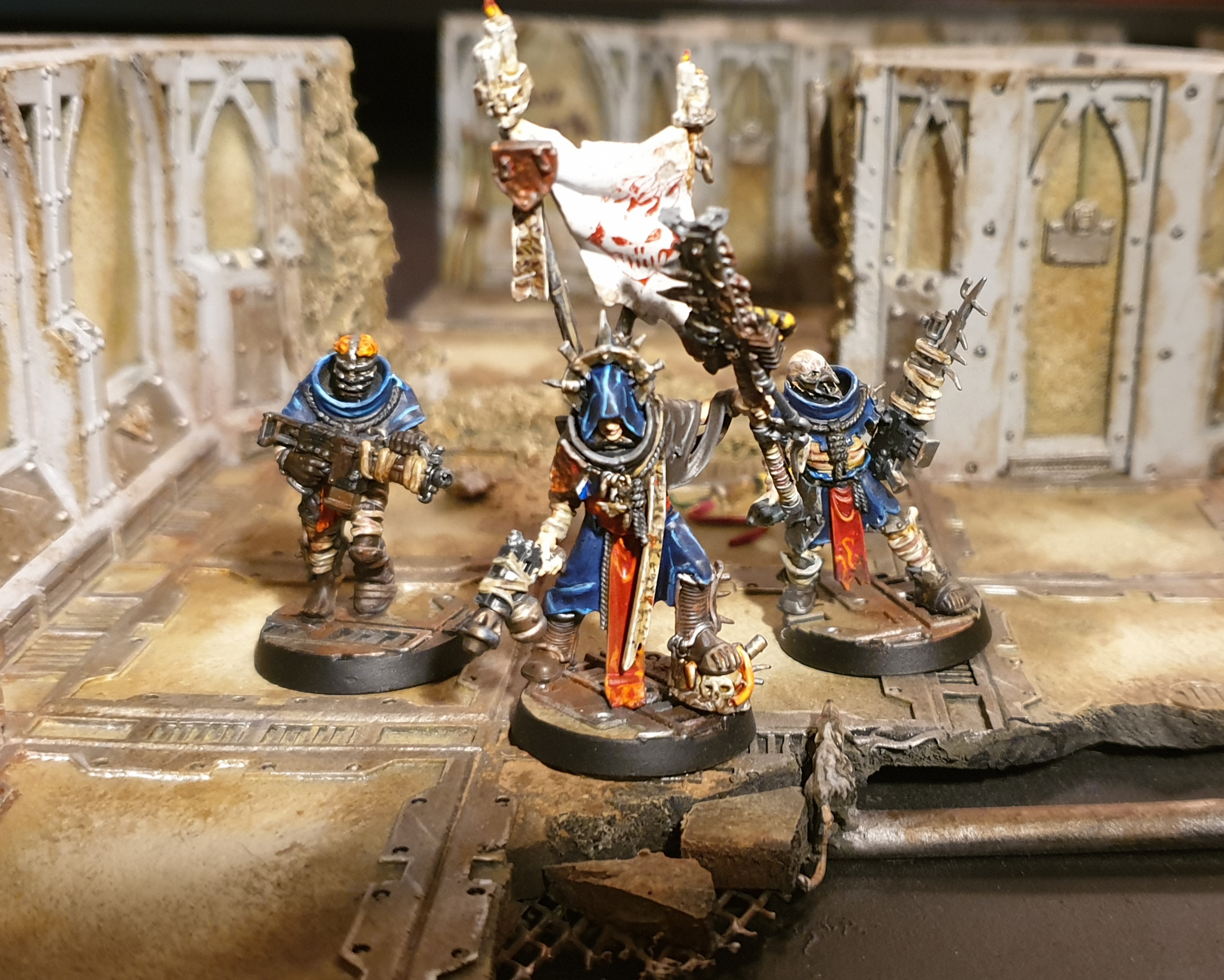 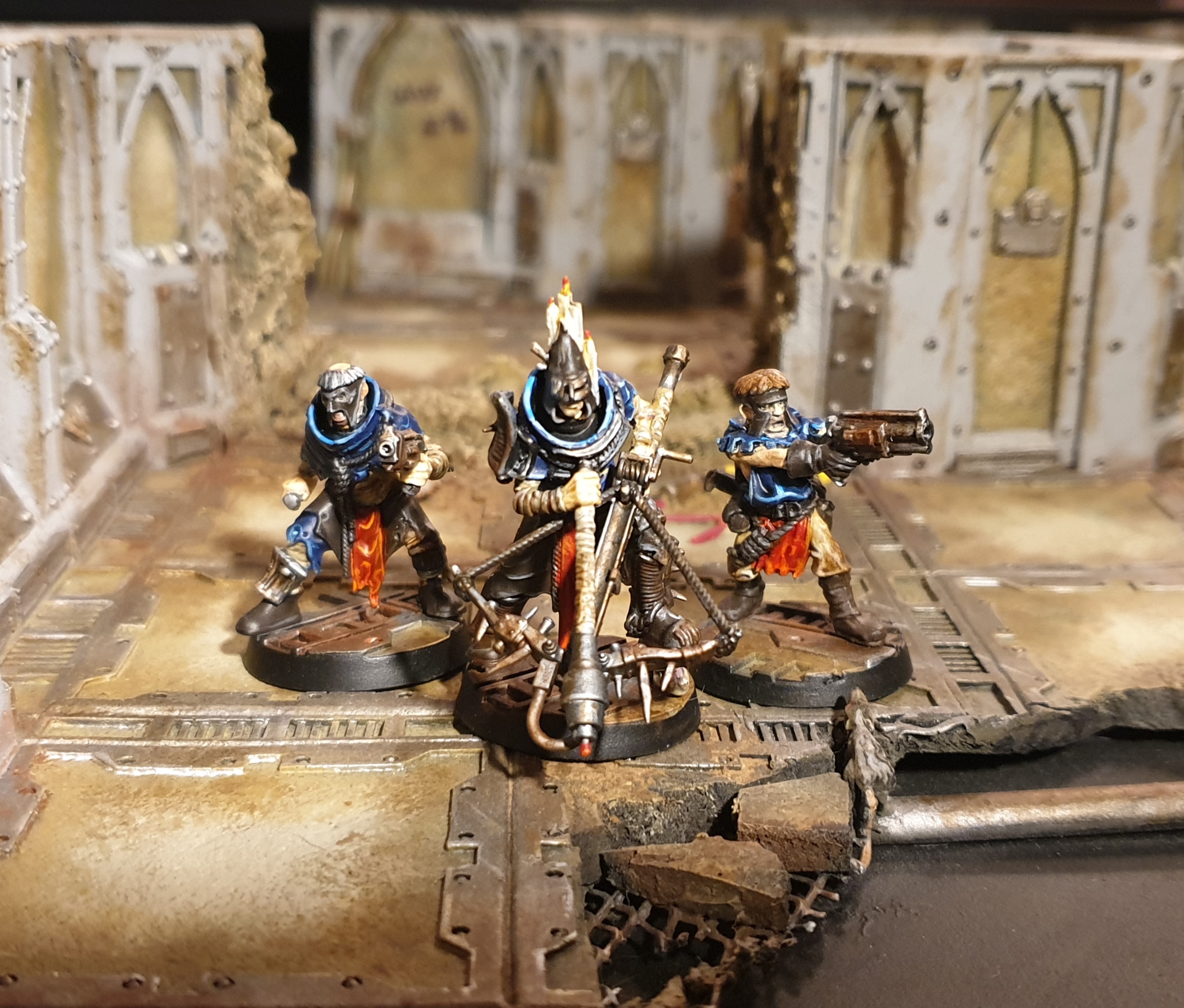 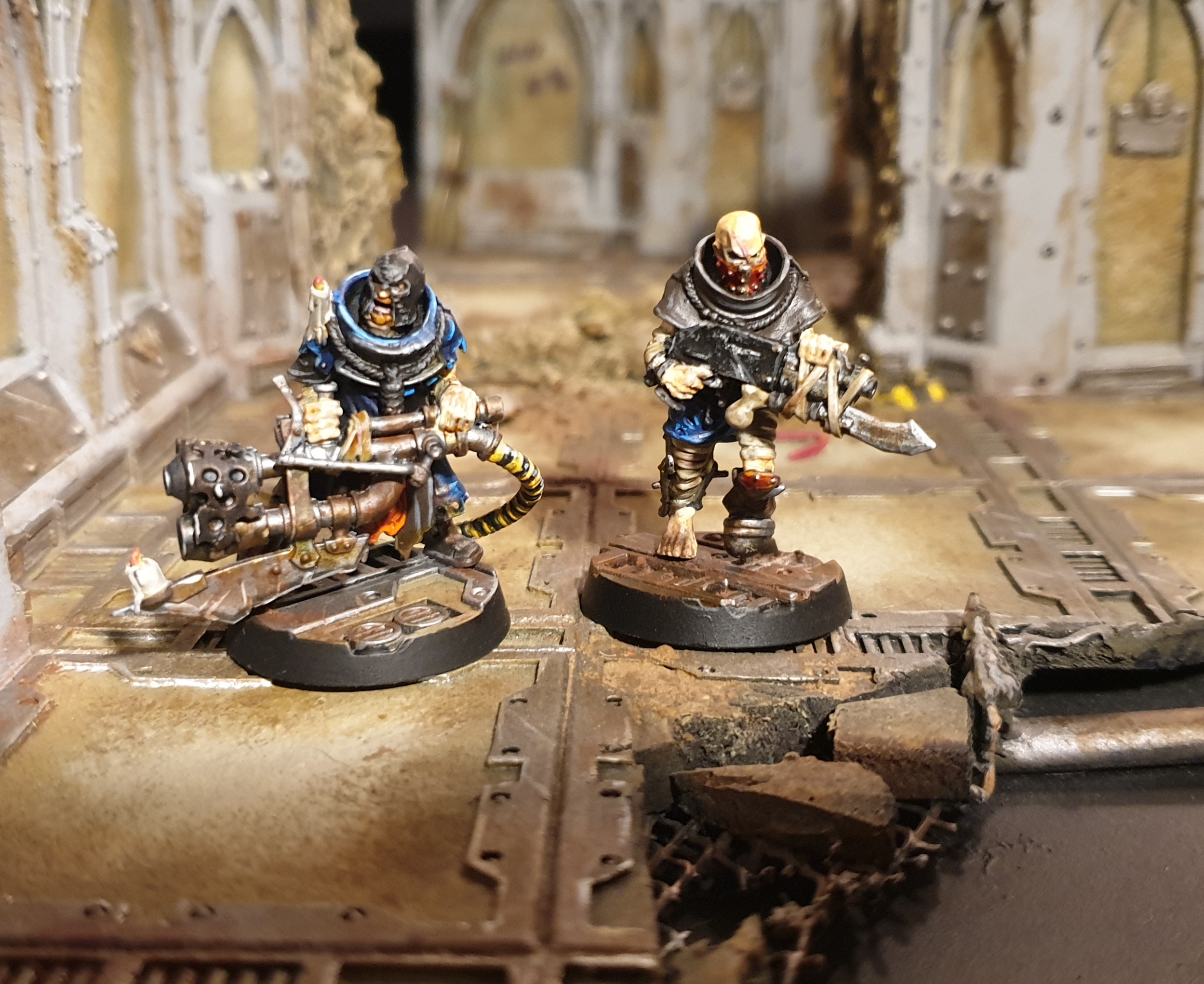 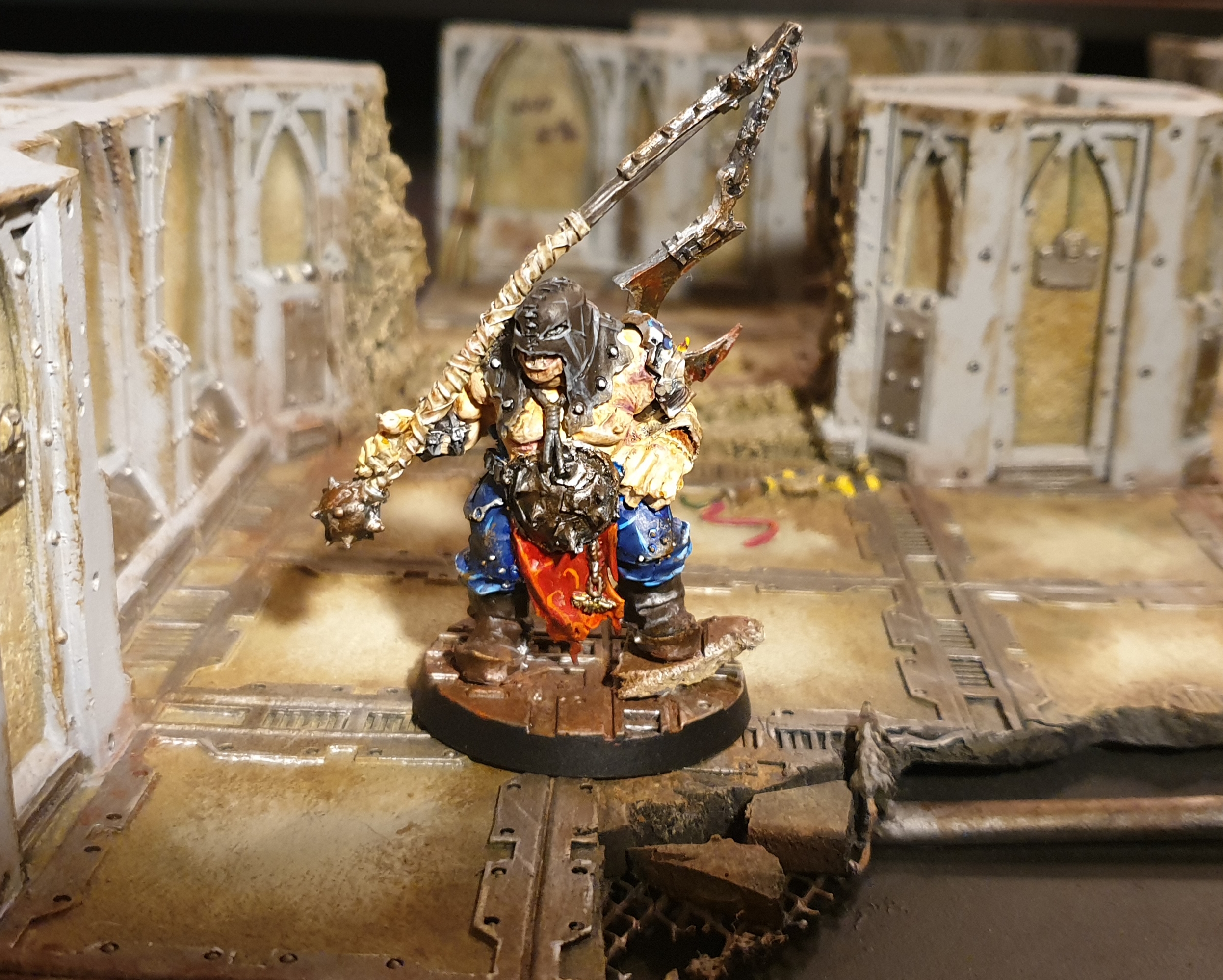 'Homo sapiens gigantus', commonly called Ogryns, are one of the most frequently seen strains of abhuman within the Imperium. Their origin is believed to be a chain of high gravity prison worlds, populated by Mankind many millennia ago and lost during the Age of Strife. In isolation from Terra, the humans stranded upon these worlds bred and adapted to their hostile environments, becoming progressively larger and hardier with each passing generation. Unfortunately, intelligence, probably not that priminent a trait amongst the denizens of these prison worlds to begin with, deteriorated over the generations, so that by the time the Ogryn had become a distinct and stable sub-species of humanity, it was hopelessly dull and unintelligent.

Ogryn are incredibly strong, durable and remarkably loyal - and many gangs favour them within their ranks. While most of these are usually "liberated" H-Grade Servitor Ogryns, sometimes former soldiers of the Astra Militarum find their way into the Underhive. Especially House Cawdor seems to favour to convert these abhumans to the faith of the Red Redemption - once enlightened, they are known to believe and do anything their leaders say and ask, and see the orders they receive as having come down the chain of command from the beloved God-Emperor Himself. 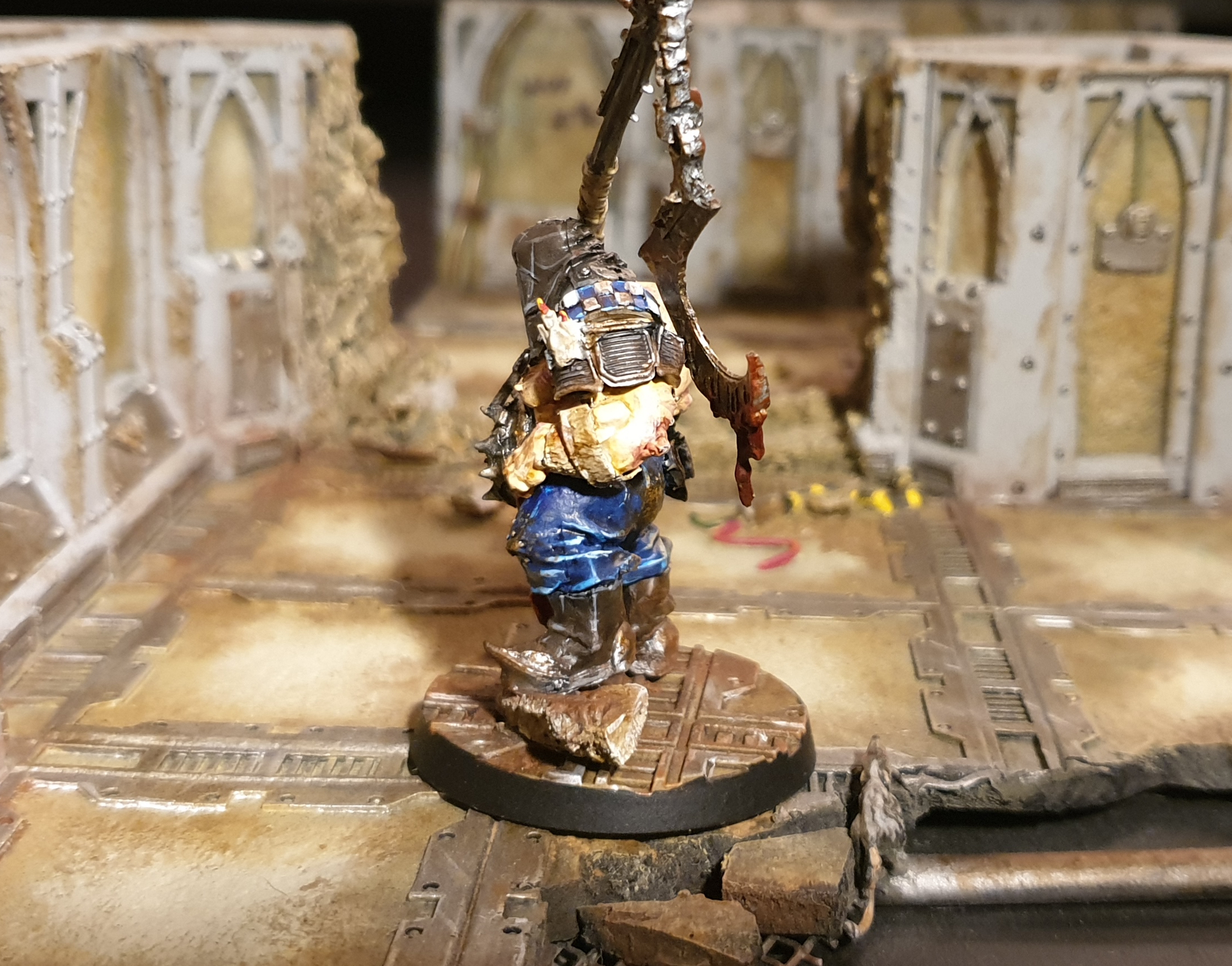 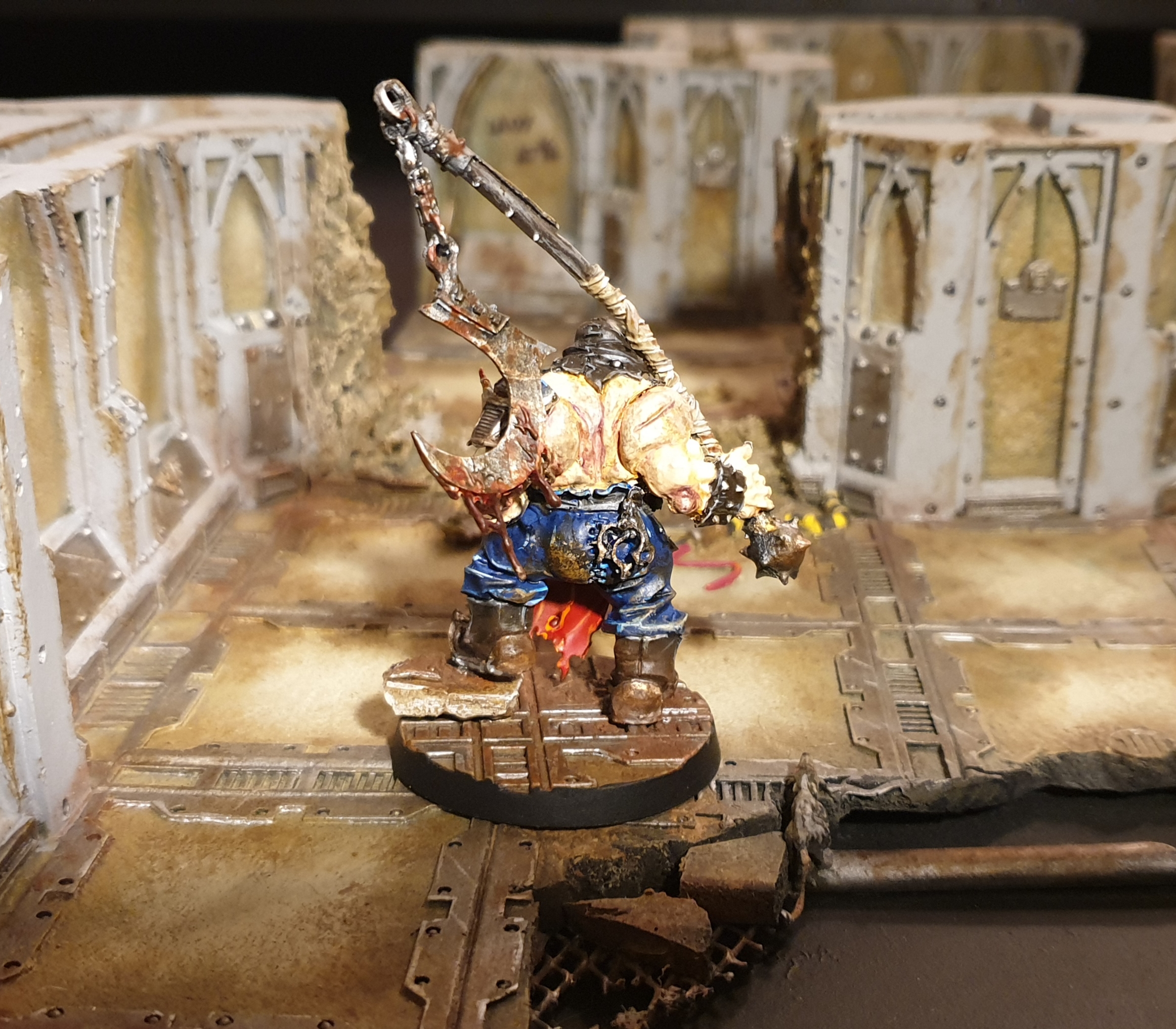 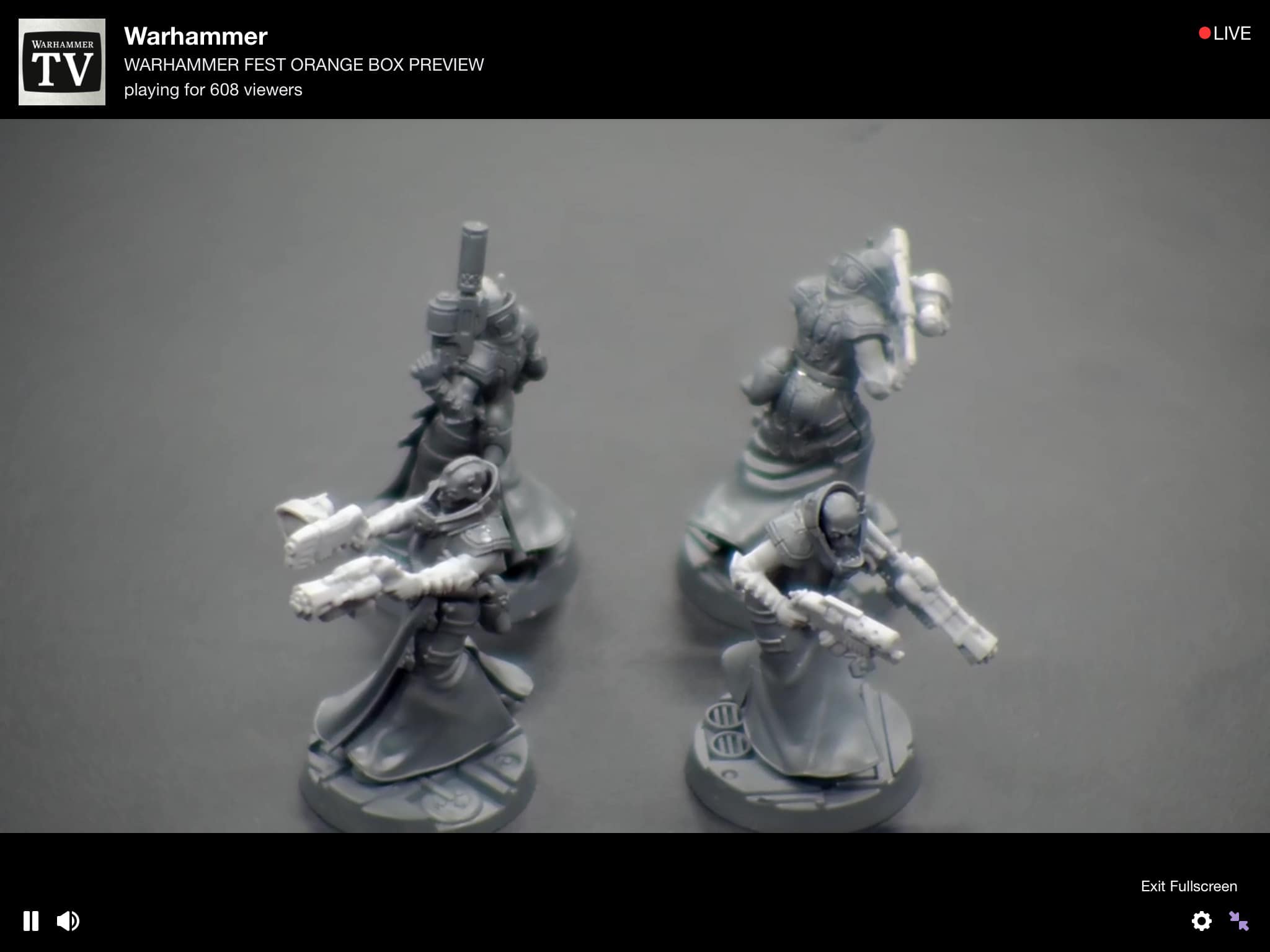 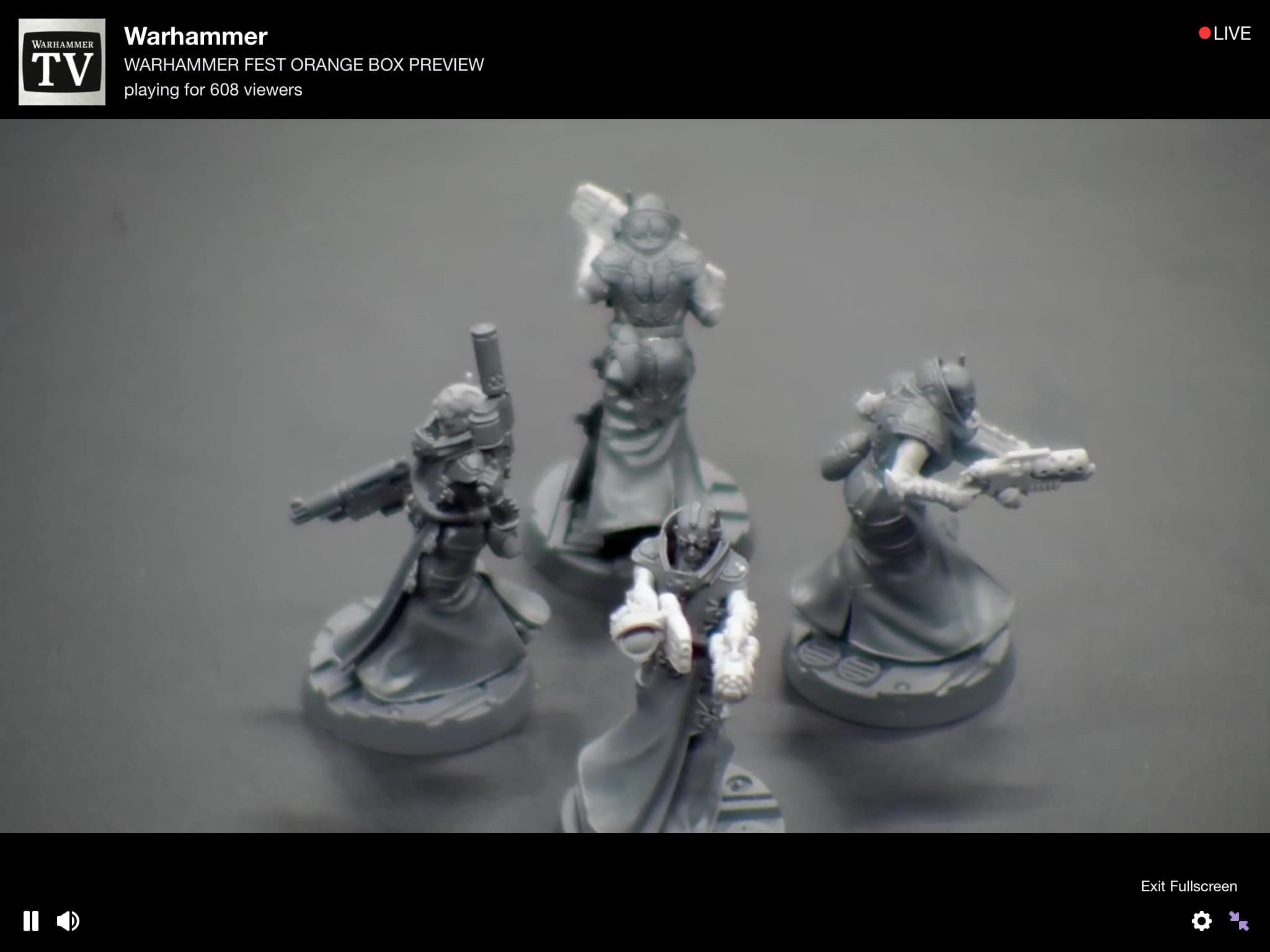 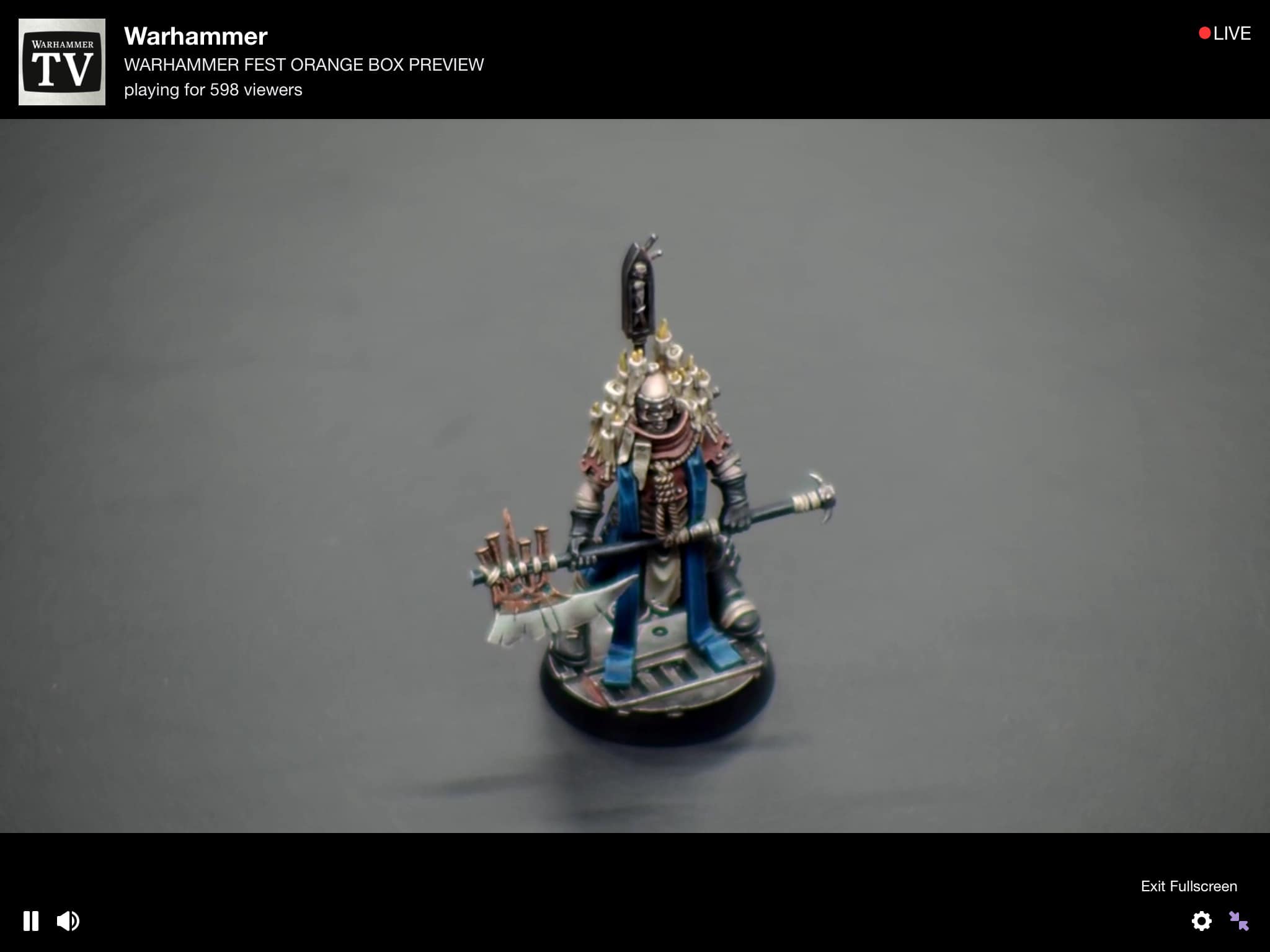 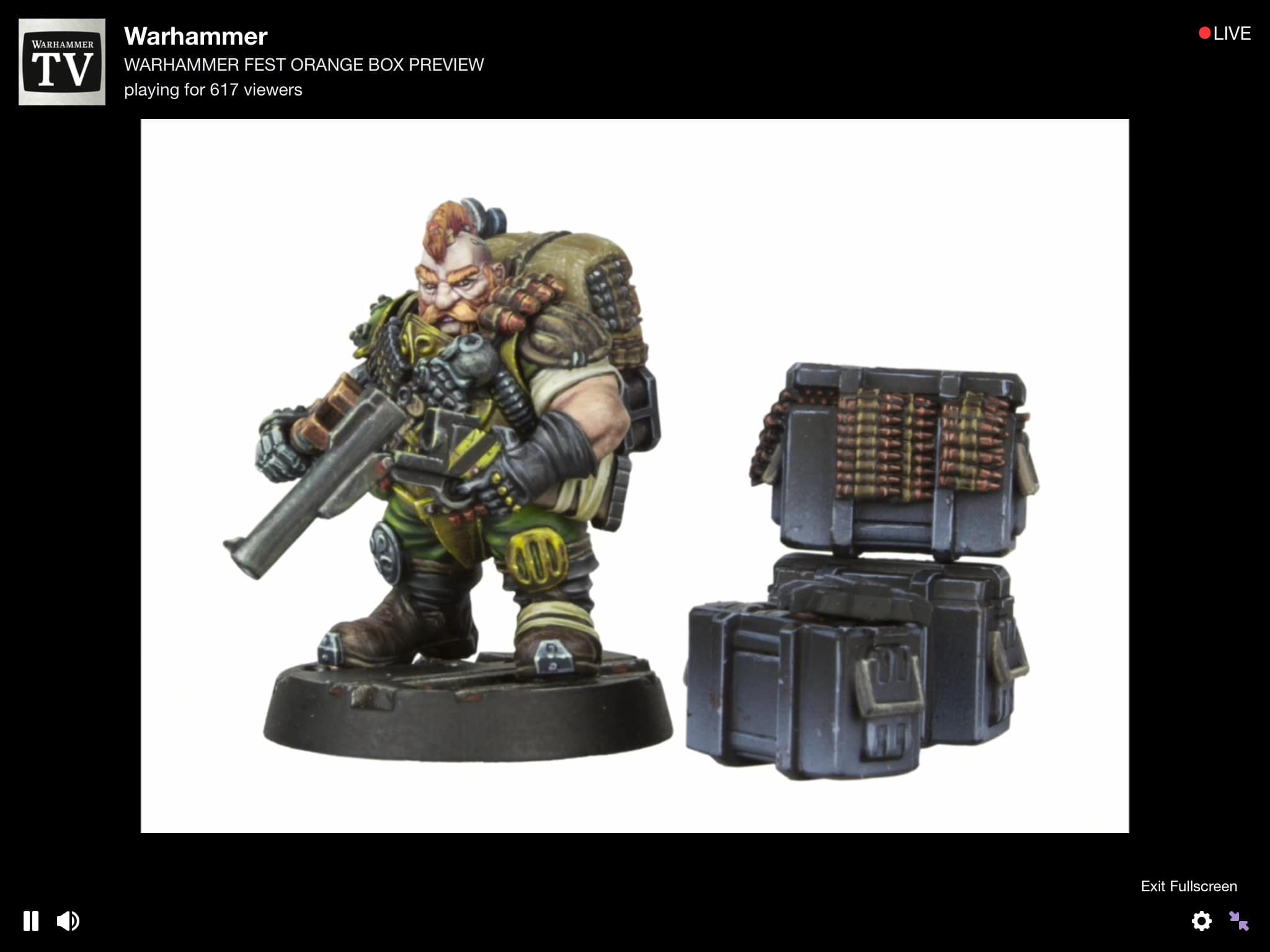 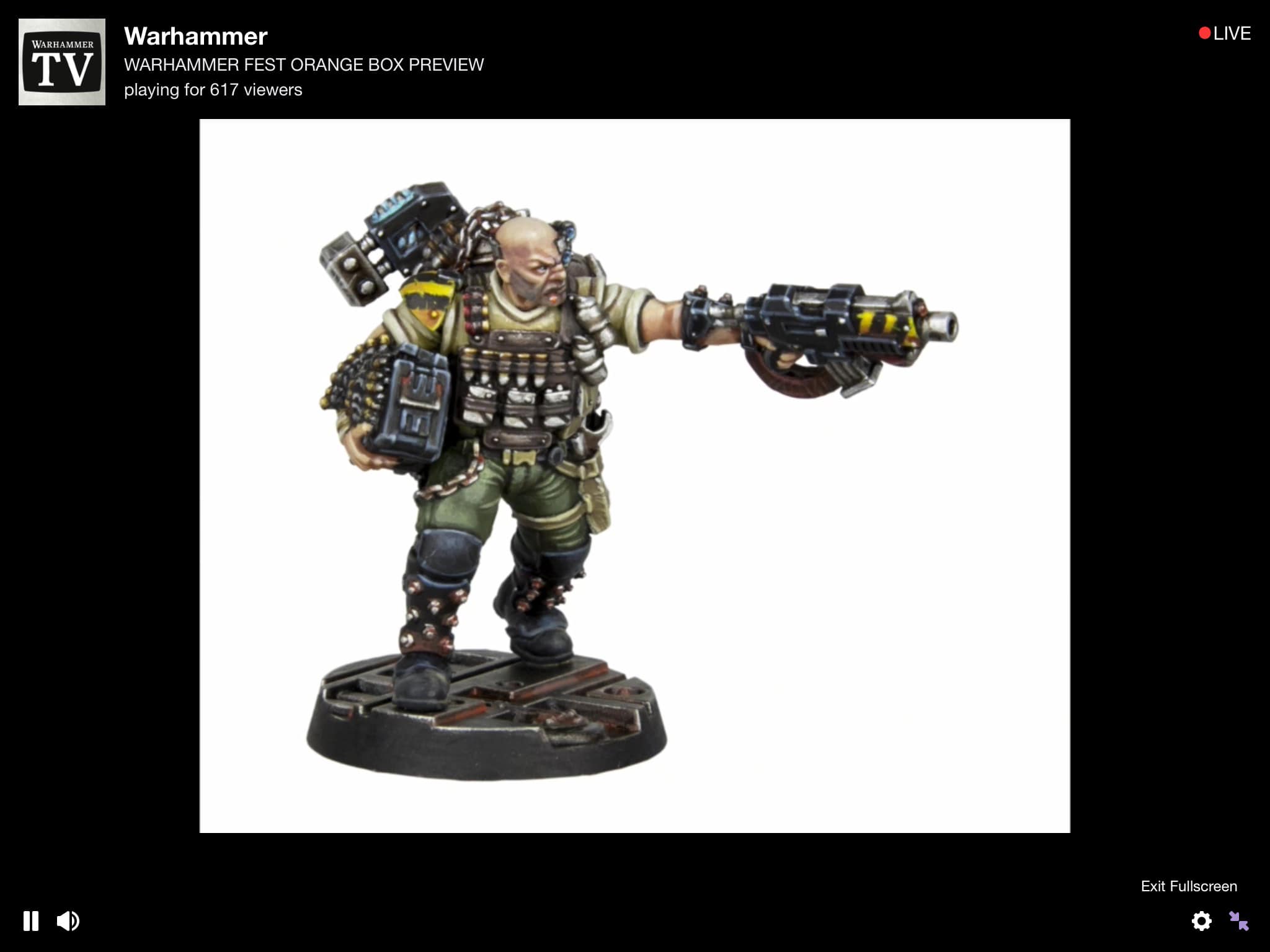 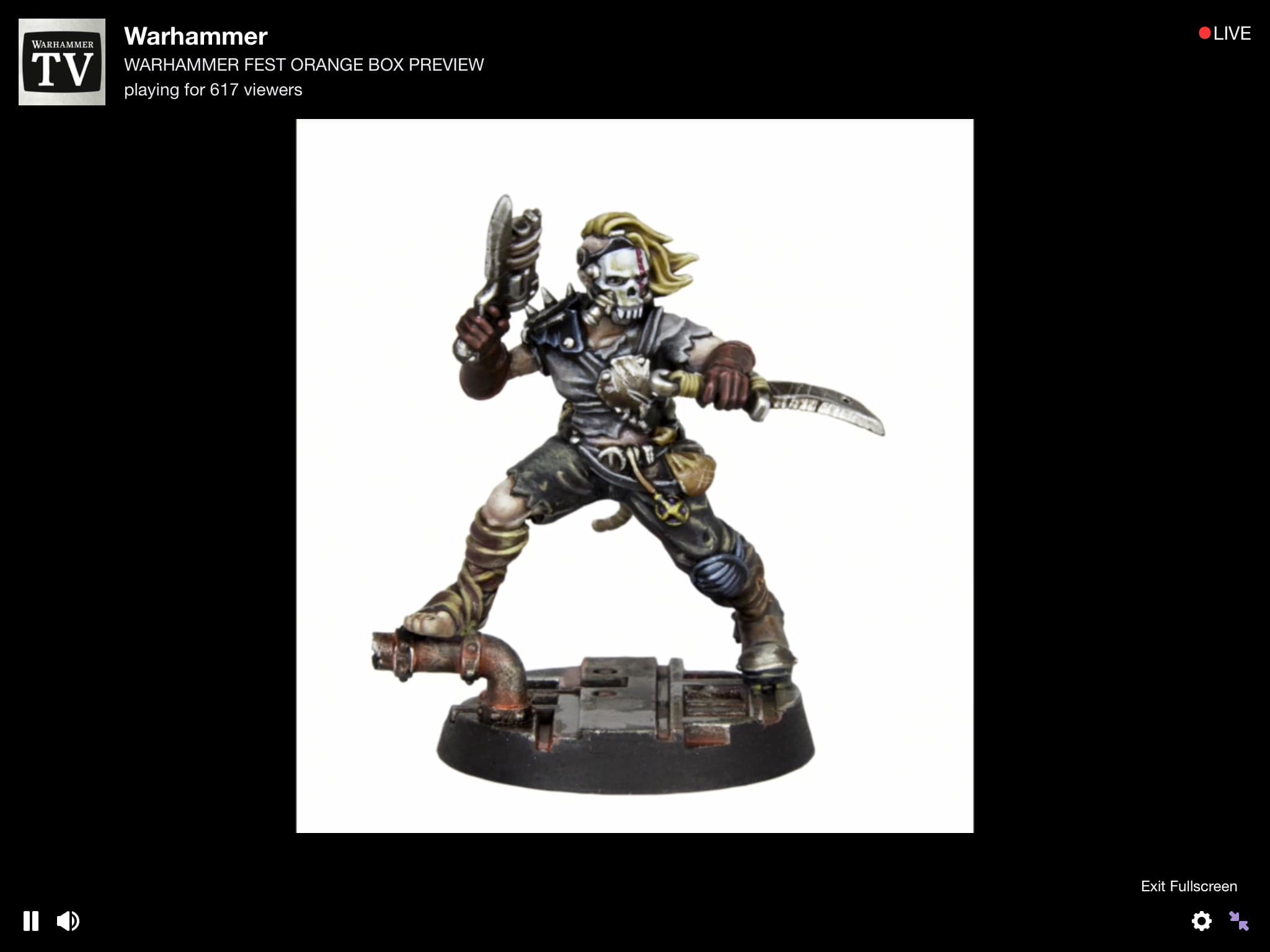 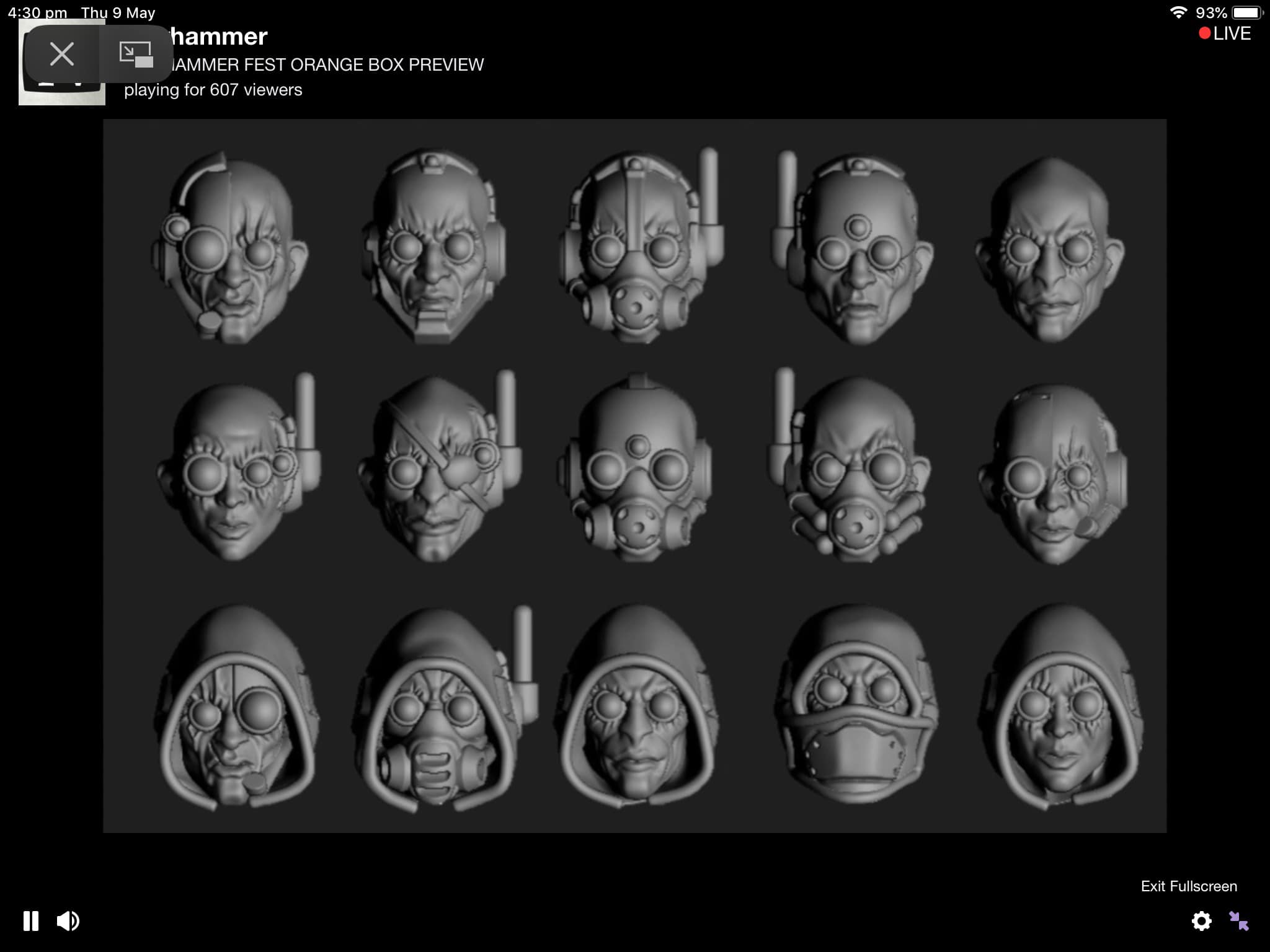 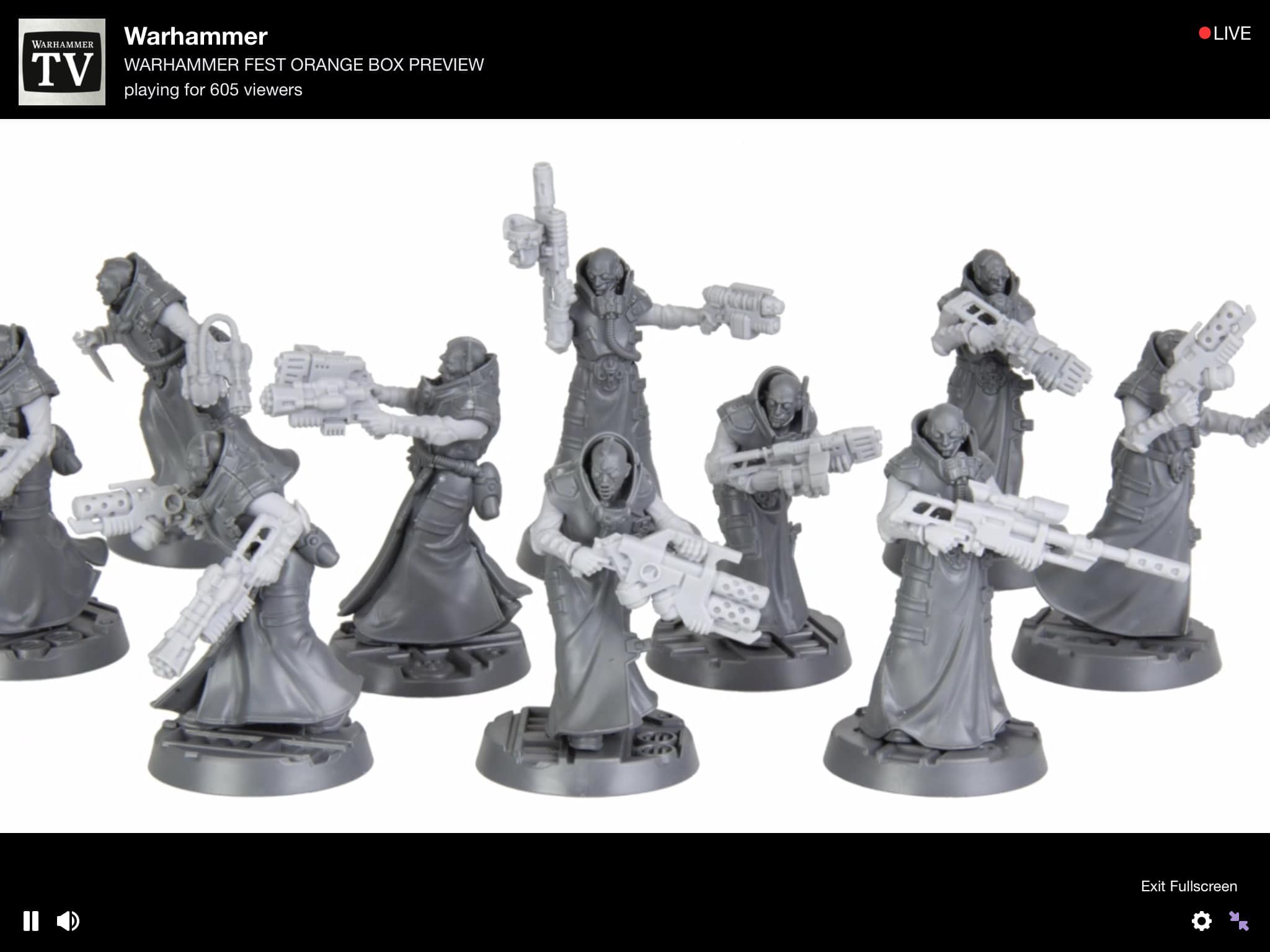 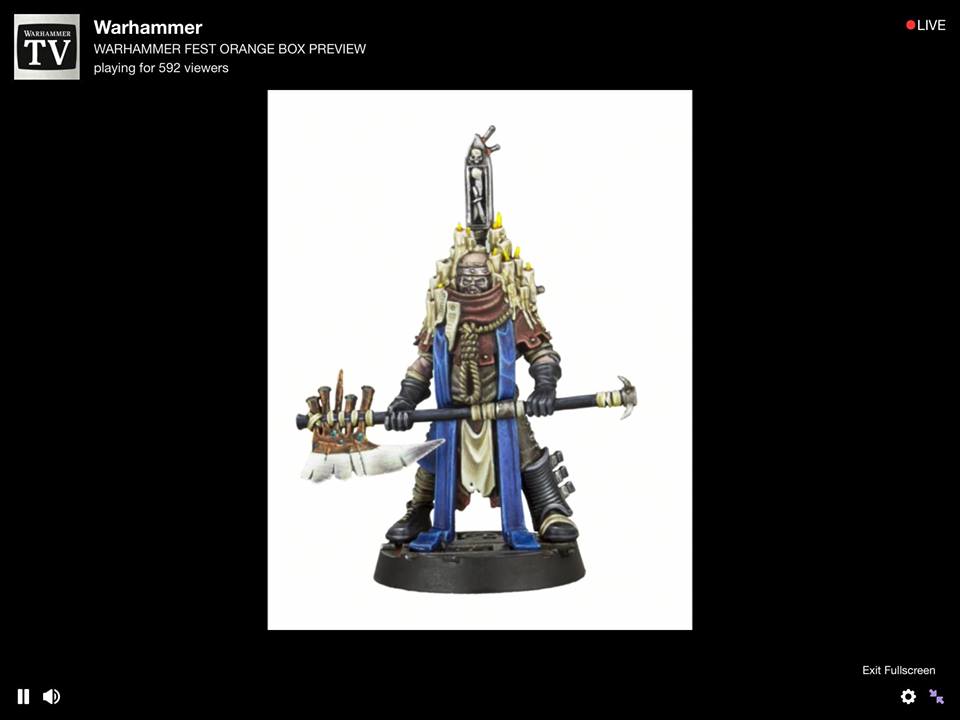 Necromunda: Where are the Cawdor Girls?

Since the first previews for Cawdor you asked why there are no girl models in the plastic kit - well, Gang War IV has the answer ...

Cawdor: A cute brute and a raven!

Some Cawdor artworks - thanks @eggheadminiatures.