The macro Gatling blaster is a monstrously destructive weapon, capable of firing thousands of explosive shells in moments, deluging foes with armour-piercing rounds that will leave them pinned and ready to be assaulted – if they're lucky enough to survive the volley.

In your games of The Horus Heresy, the macro gatling blaster can be fitted to the arm of Warlord Battle Titan, providing you with enough firepower to destroy the most heavily armoured vehicles or utterly annihilate unfortunate squads of infantry.

This multipart resin kit includes 15 components to construct one macro gatling blaster which can be mounted to either the Warlord Titan's left or right arms. Build your complete Titan with the Warlord Titan Builder.

The rules for using the Warlord Battle Titan and the macro gatling blaster can be found in The Horus Heresy Book Five – Tempest and the Horus Heresy: Mechanicum – Taghmata Army List. 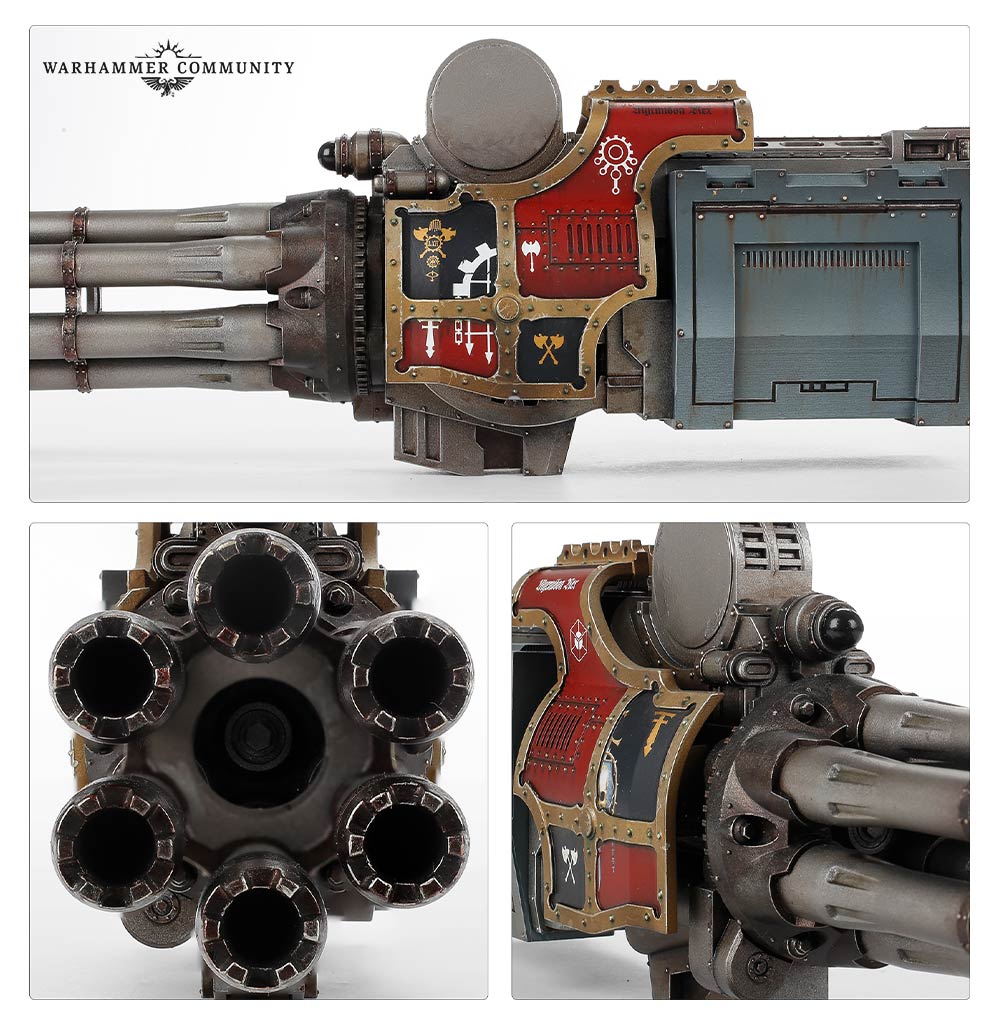 Today on pre orders at FW :

ps : I want to use them + primaries bodies parts for my Blood Angels Assault/Guard/DC. I find the old ones too small now :/

Sabre Strike Tank is up on pre-order on FW website :

Capable of being operated by a single Space Marine, the Sabre is a fast, rugged strike tank. It has a range of hull-mounted weaponry available, making it a threat against any target.

Available on pre-orders today are hull-mounted paired weapons for Warlord titans.
You can buy a set with one of each pair (3) 60£(75€) or individually at 20£(25€) a pair.

Today you can pre order new terrains on the Forge World website :

There is absolutly no discount in the bundle.

But you can also order them separately (15£ each)

Forge World : Zone Mortalis is on Last Chance to Buy !

Zone Mortalis is on Last Chance to Buy :
The tiles measure 1' x 1' (300mm x 300mm) and are fully compatible with the other tiles in the Zone Mortalis range. These tiles use hollow resin, which allows us to produce highly detailed, light and very durable scenery pieces.

Check for yourself but everything is already sold out !!

Just watched the Twitch Stream about Aeronautica Imperialis. It was really interesting as Andy Hoare presented the Core Set, hinted at the future, revealed that