Syll’Esske is unusual among the daemonic hosts of the Dark Gods, in that they are in fact a symbiosis of two separate entities. Syll Lewdtongue is a Herald of Slaanesh, while the towering form of Esske the Scarred is that of a mortal who was raised to the rank of Daemon Prince by the grace of their dark master. The irony is that, though circumstances conspired for the daemon and once-mortal warrior to fight each other to the death on a bloody arena floor, those same events would see their fates become entwined forevermore in a relationship born of unparalleled devotion. 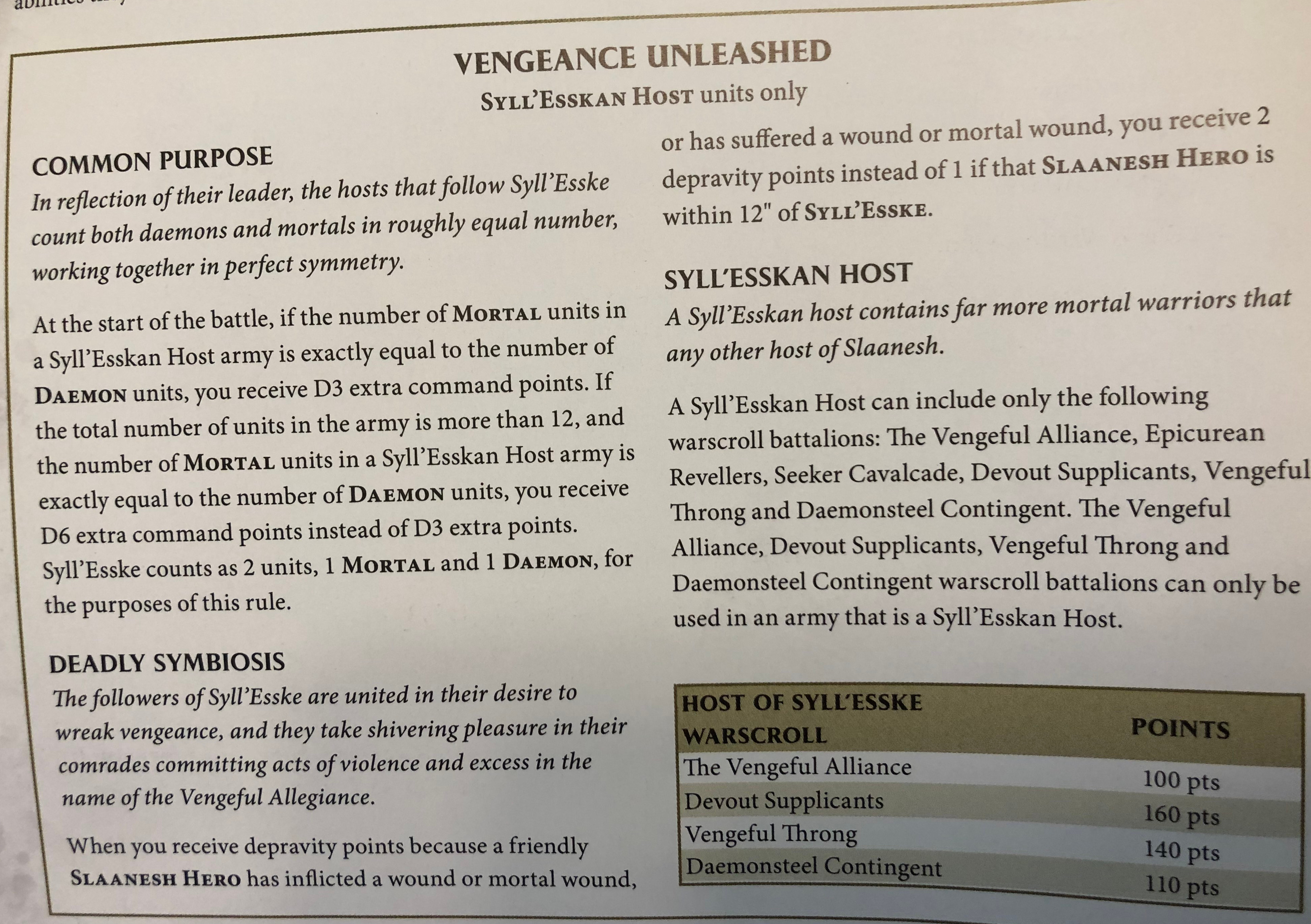 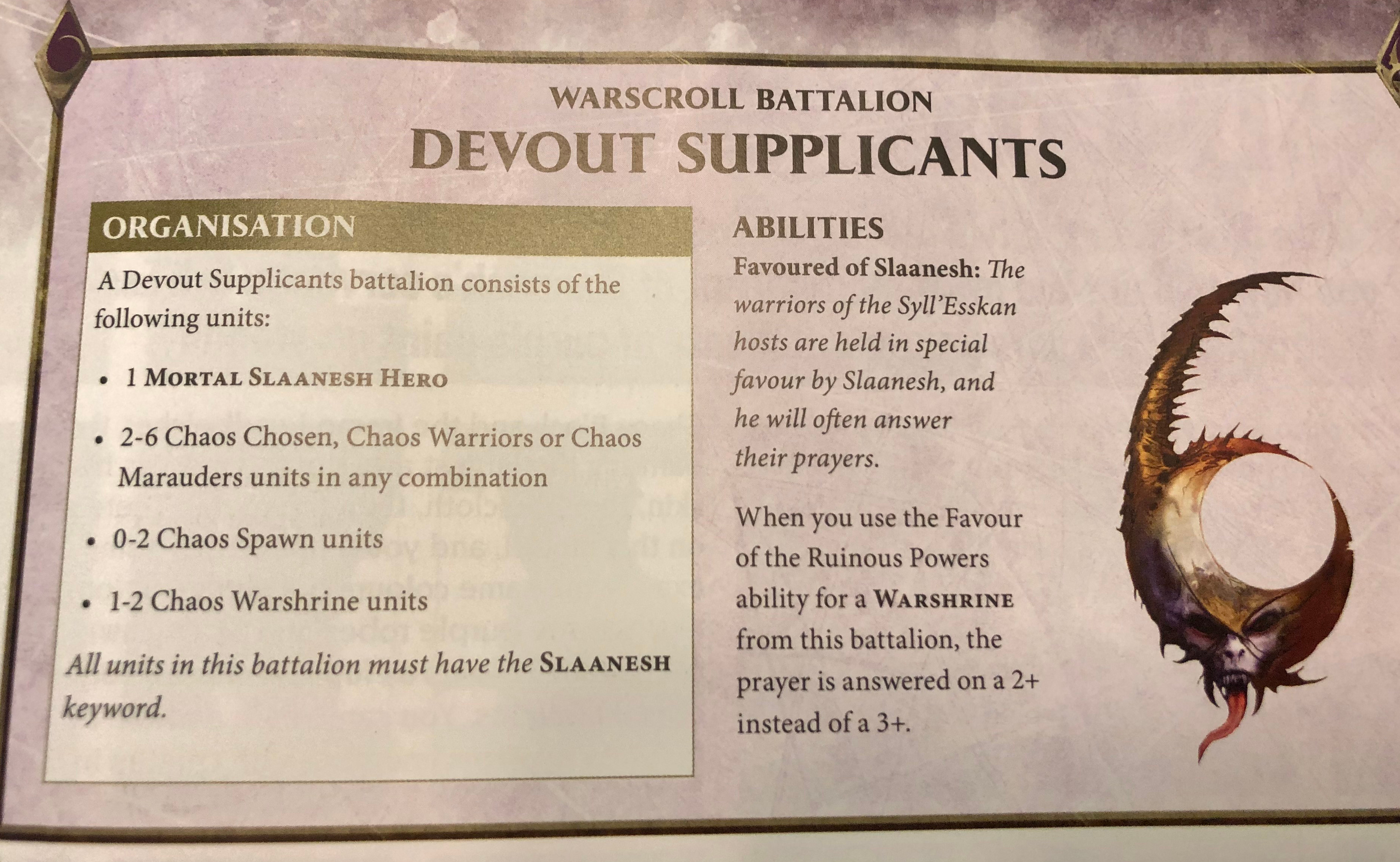 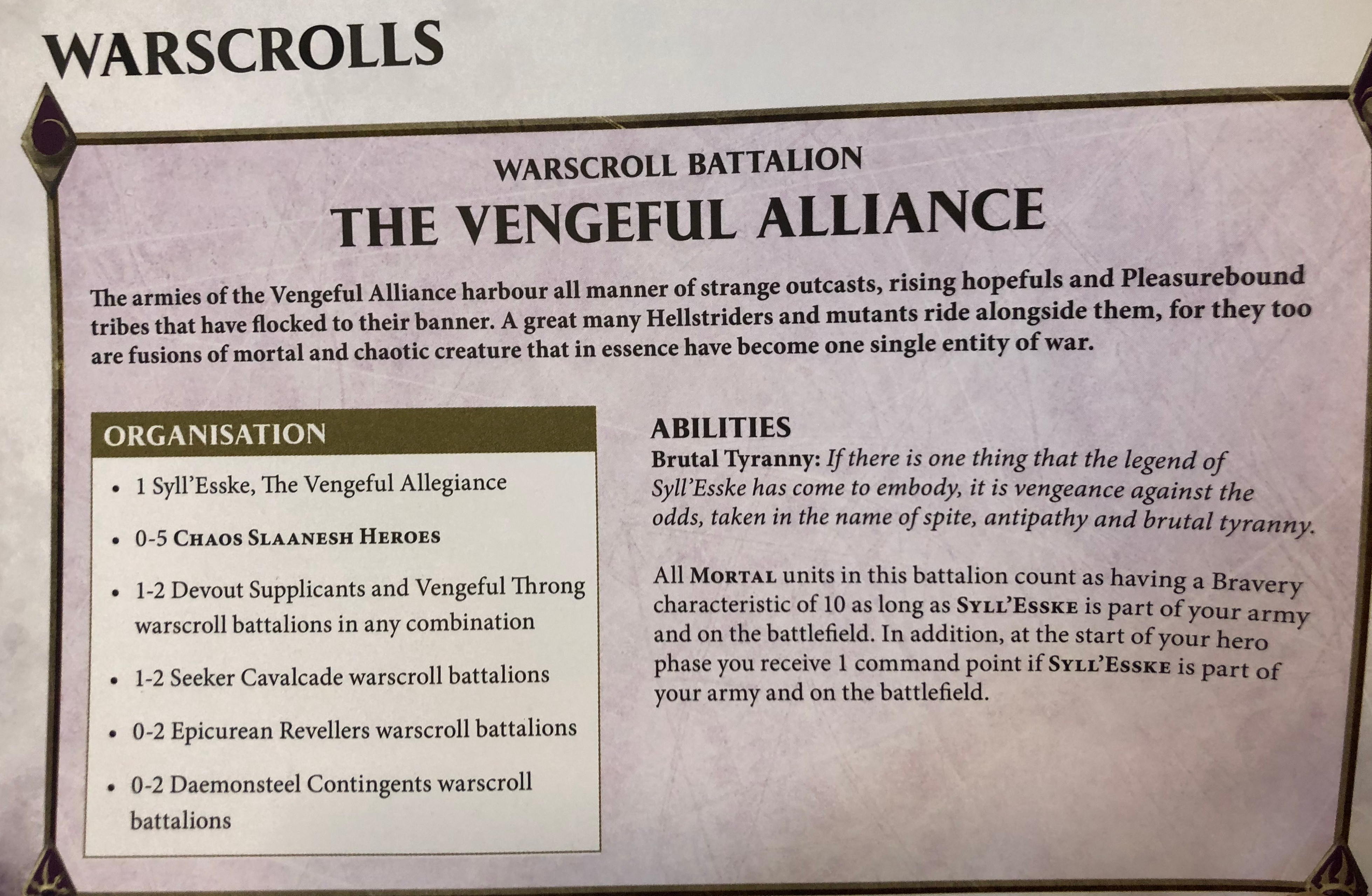 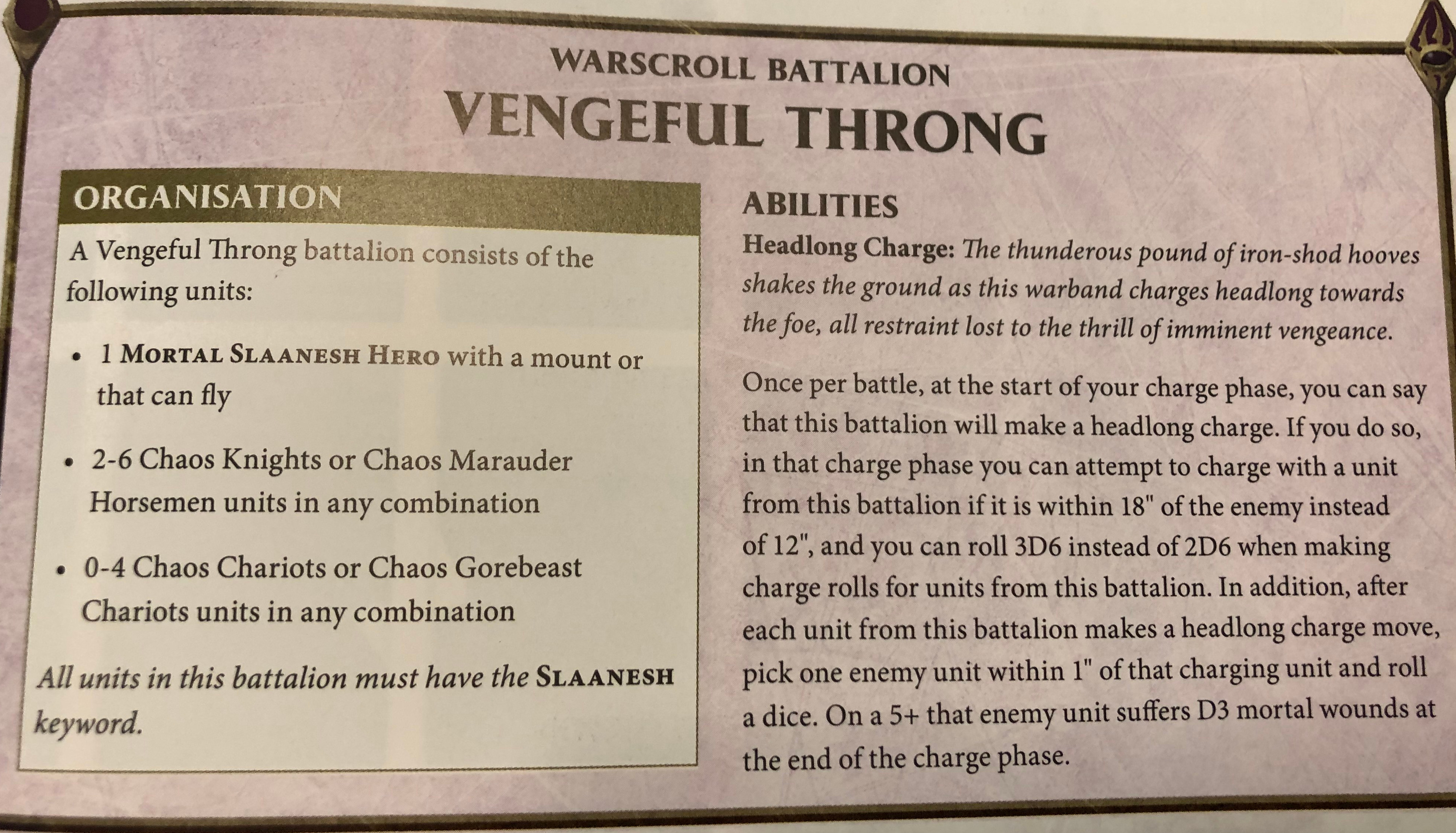 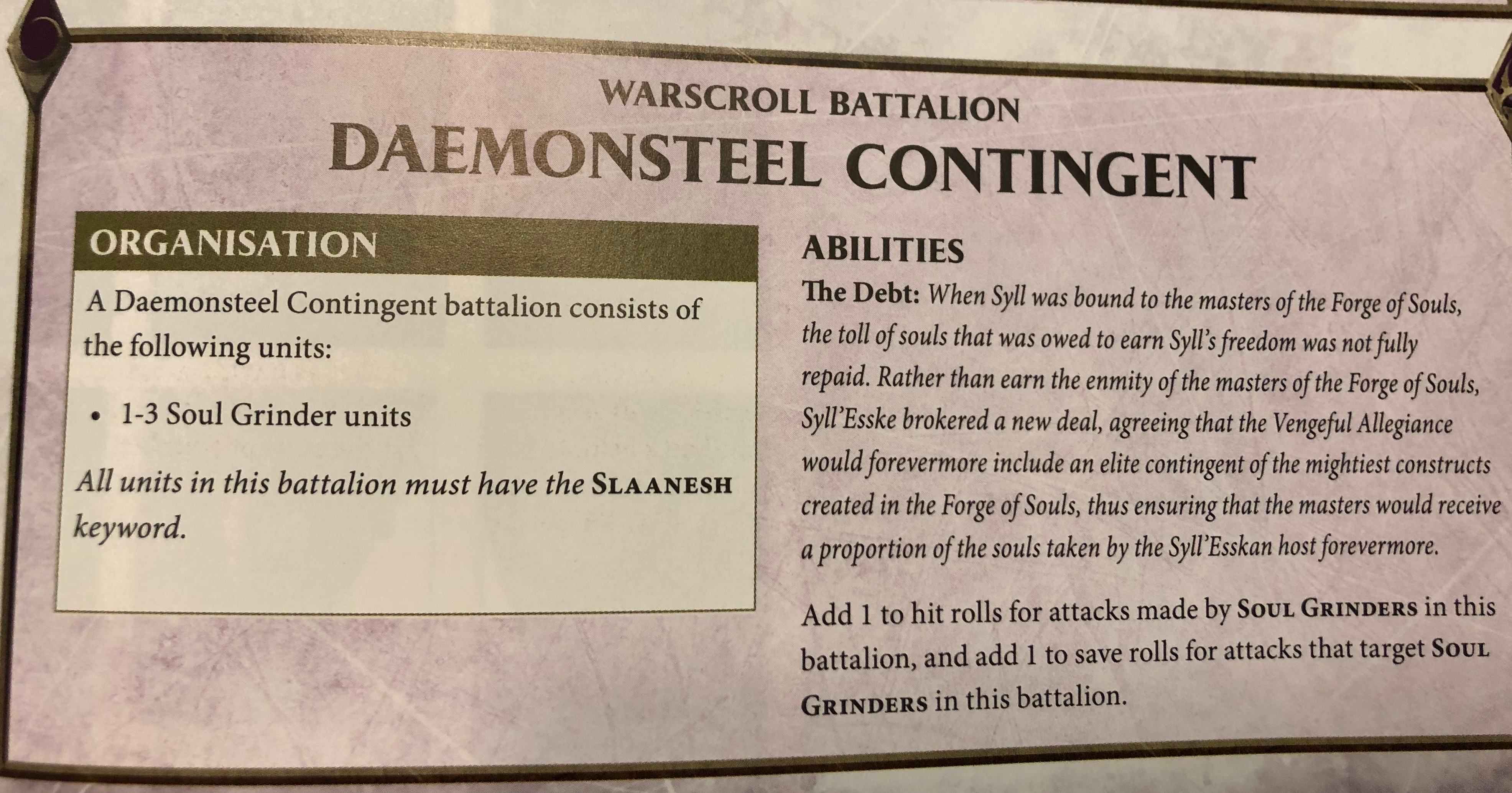 Really good to see these Warscrolls Battalions focusing on the Mortals side of Chaos !!!

Big thanks to A Boyko; the unkindest cut of all !!

HEDONITES OF SLAANESH Faq and commentary are up :

To me, the 2 importants clarifications for Hedonites of Slaanesh are :
-Endless Spell don't generate Depravity Points even on the turn they are casted.
-If a unit is affected by both Locus of Diversion and Horrible Fascination and has an ability that allows it to attack first, both Locus and Fascination are ignored.

Slaanesh is on pre order today :)

Also we can already look at the warscrolls :

Sadly UPS failed us and we did not receive the Battletime yet :( So no review this week end.

We have now an image of the new Keeper kit.
Lots of option !

With an awesome new model, it was only fitting the Keeper of Secrets should get some awesome new rules to match!

The new Keeper of Secrets is an unspeakably deadly combatant that’s more than a match for any monster in the game, capable of slicing them apart from a hail of deadly attacks and sinister abilities. Dark Temptations, for instance, can be used to lure your enemy into making a deadly bargain that could well slay their favourite Hero. 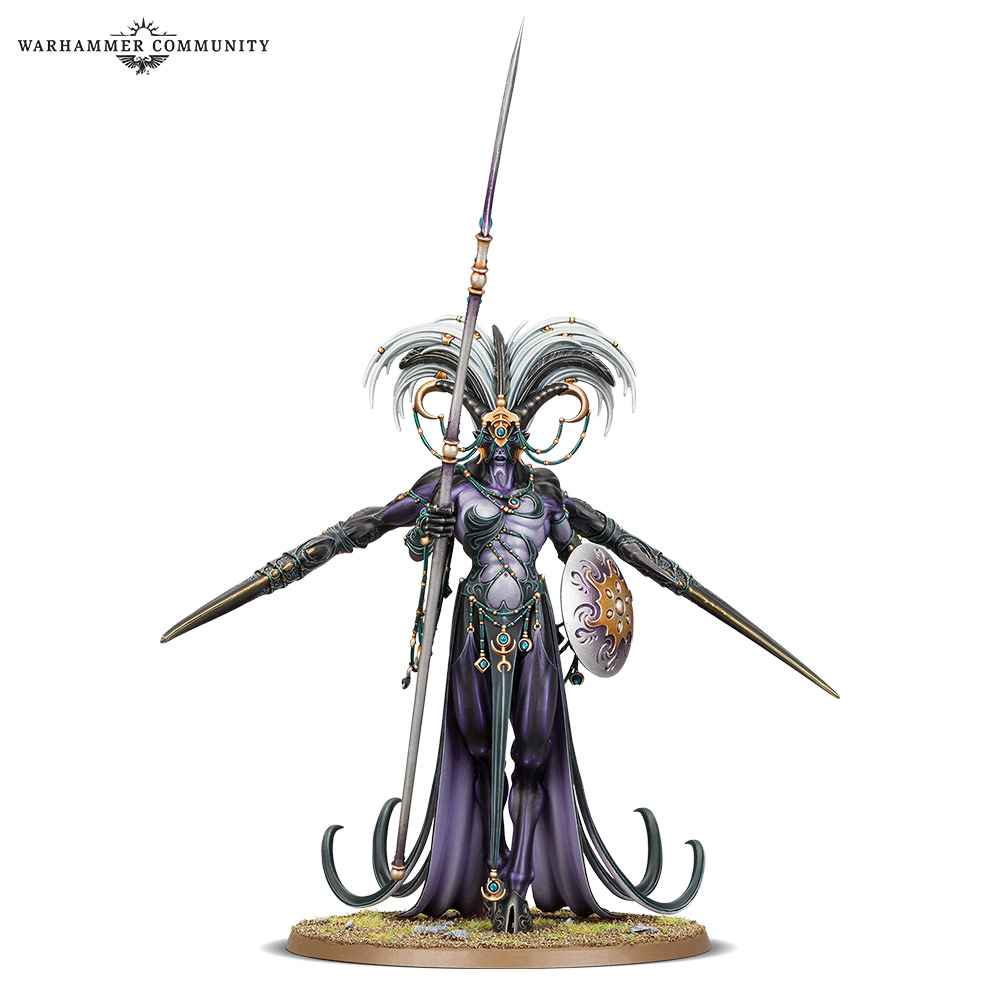 Shalaxi Helbane is very similar to the Keeper of Secrets, with some deadly additional kit that makes them great against enemy Heroes. Irresistible Challenge, for instance, forces enemy Heroes to choose between charging Shalaxi or suffering mortal wounds. 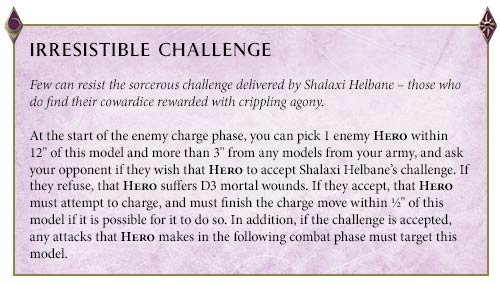 Syll’Esske is an excellent “toolbox” unit, offering a number of benefits to a Slaanesh army and slotting neatly into a variety of army builds.

While pretty excellent in melee, Syll’Esske is most useful for its incredible unique spell, Subvert, which can shut down enemy command abilities, potentially devastating their strategy.

Meanwhile, the Regal Authority command ability can be used to bolster your offensive abilities or shield units from Battleshock, making it a great combination with hordes of Daemonettes. 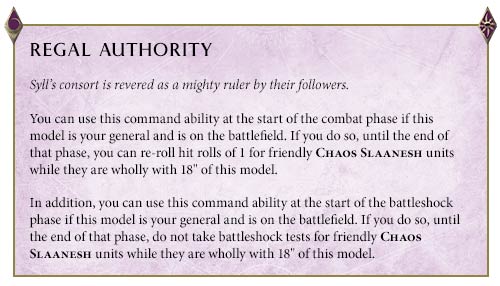 The Contorted Epitome is the magical lynchpin of the Slaanesh army. With one on your side, you’ll be able to dominate the hero phase and shut down enemy sorcerers and endless spells with ease, thanks to its ability to re-roll failed casting, unbinding and dispelling rolls. 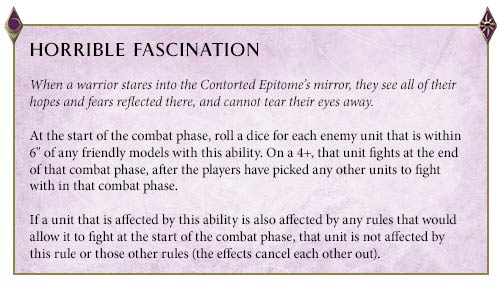 Really eager to review this one !!!

The incredible new Keeper of Secrets model is much larger and more regal than its previous incarnation, so you’ll be unsurprised to learn that its profile has been boosted accordingly – more specifically, it now has a whopping 16 Wounds, while its witstealer sword and snapping claws hit even harder than they did before.

There are also a number of new wargear options in the kit – a living whip, sinistrous hand, ritual knife and shining aegis – all of which have a powerful profile or ability to represent them. For example, if you like the idea of your Keeper of Secrets stealing the life essence of its victims to heal itself, then the sinistrous hand is for you!

You can instead assemble your Keeper of Secrets as one of Slaanesh’s foremost champions, Shalaxi Helbane. This monstrous duellist is nigh on unstoppable in melee, where they can cut down even the most formidable opponents with their baleful weapon, Soulpiercer. 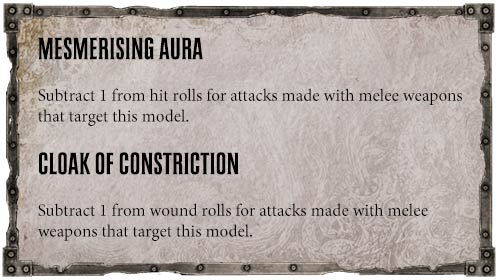 This strange Daemon is part Herald, part Daemon Prince, and has a murderously powerful combined profile to match.

If your heart skipped a beat when you saw that they fight with 8 Attacks, just wait until you see the profiles for the weapons they wield. Oh, and did we mention they can fight with both weapons – with 8 Attacks each? Enemies of Slaanesh beware!

Of course, as a combination of Herald and Daemon Prince, they also combine the Locus and Prince of Slaanesh aura abilities for re-rolls of 1s to hit and +1 Strength. Ouch!

This disturbing creation will make a formidable addition to any army of Slaanesh Daemons. It’s a psychic powerhouse, able to manifest and deny two powers a turn, all the while gaining a bonus from its Gift of Power ability whenever it does so.

Hello everyone and Happy Easter !

First preview of the Hedonist Battletome for AOS

You’ll earn a depravity point whenever a model is damaged – but not slain – by a Slaanesh Hero, or such a Hero takes a wound. This applies to mortal wounds in the same fashion, meaning you’ve got even more ways to rack them up. 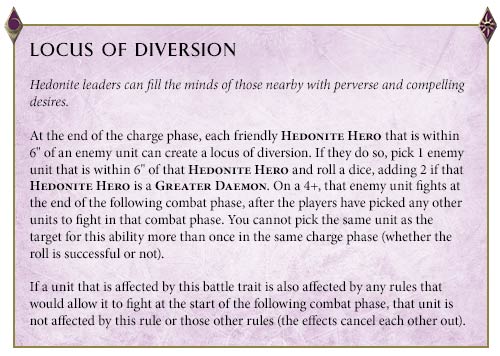 Is that a nerf ? a buff ? do they both stack ? Are they changing the warscroll too ?(IIrc daemonettes of slaanesh get +2 hits on 5+ if they are 20)

When building your Slaanesh army, you’ll be able to customise them further by picking a Host to which they are dedicated. Each has an additional allegiance ability, a new way to generate depravity points, and its own selection of command traits and artefacts.

3 hosts : The invaders, the godseekers, the Pretenders 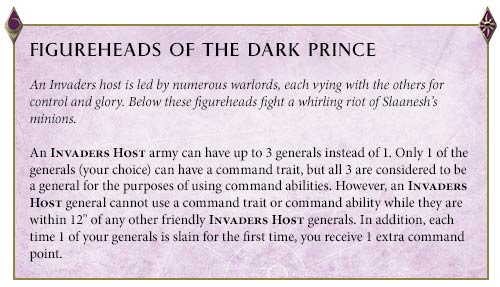 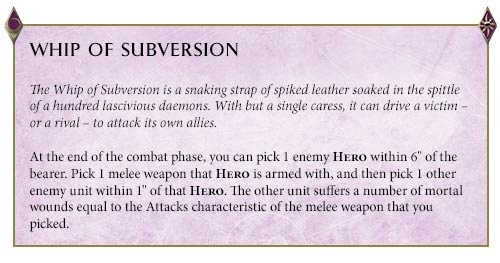 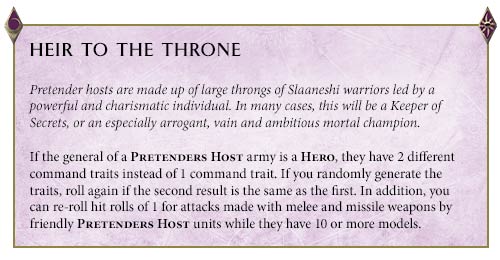 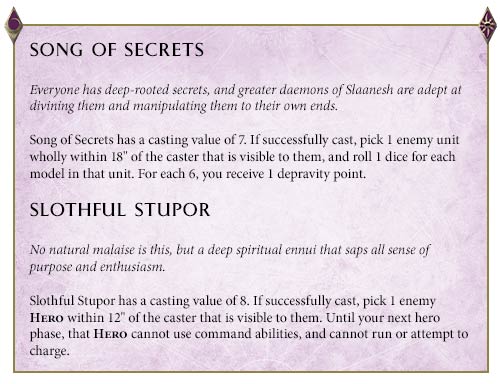 Some options feel super strong !! Can't wait to read it !

This is it, Slaanesh is coming back with style !! 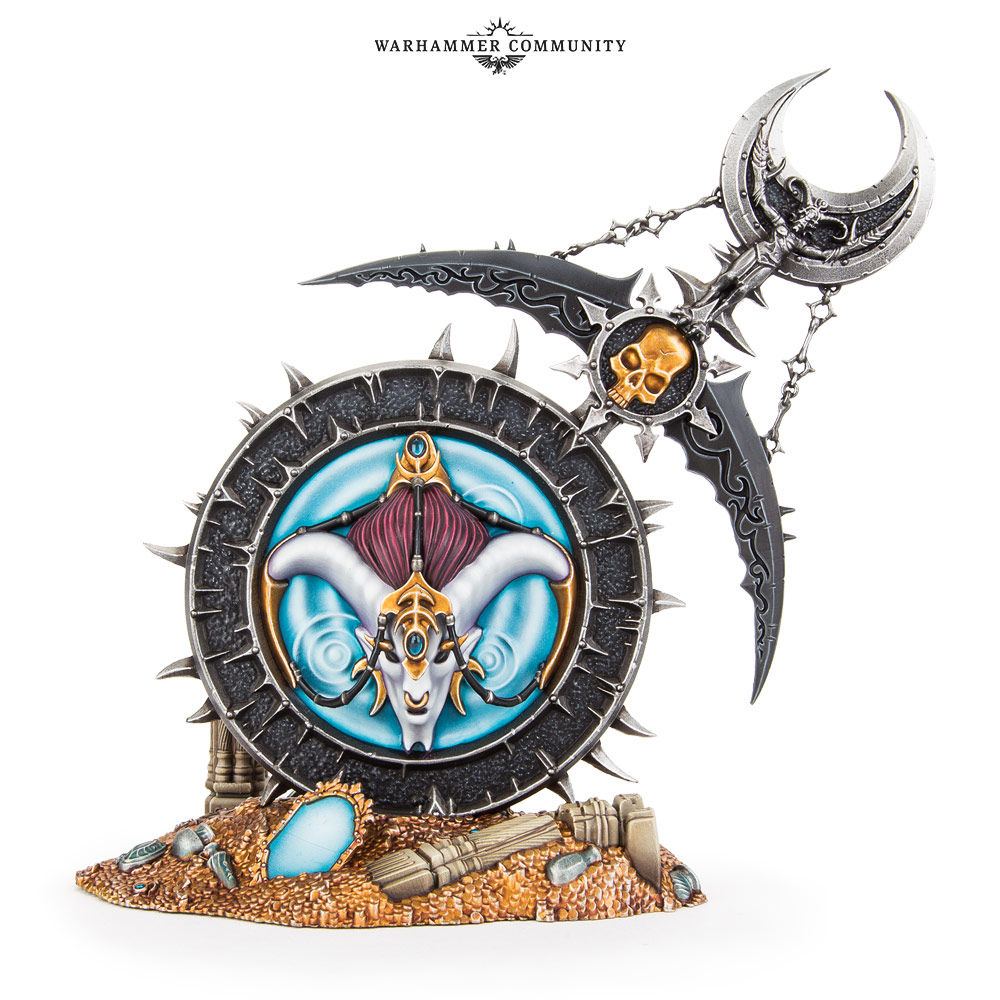 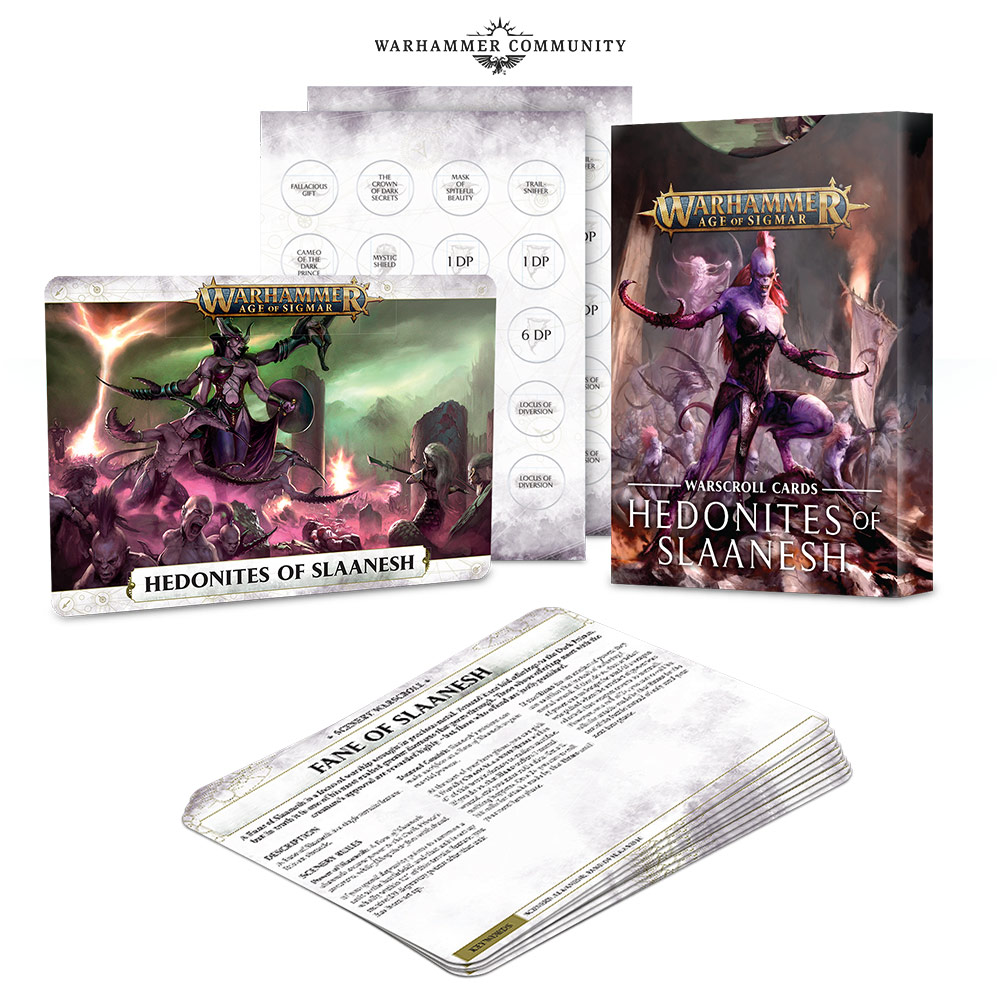 Built from the same kit as the Keeper of Secrets, this deadly character hunter is the first new named Slaanesh character in years and promises to be invaluable both in the Mortal Realms and 41st Millennium alike. You may even have spotted a sneaky reference to them in a previous article…

Your eyes do not deceive you. A host of gorgeous new models kick off a new era for the Dark Prince, including an all-new Keeper of Secrets.

We’ve come a long way since the Keeper of Secrets first graced the worlds of Warhammer in Realm of Chaos: Slaves to Darkness. At once monstrous and beautiful, the new Keeper of Secrets is one of the most striking and unusual Warhammer miniatures ever designed. Drawing on decades of art and lore, this model manages the nigh-impossible task of creating a creature that’s both terrifying and alluring. Sinuous, elegant and predatory, it’s the epitome of everything fans love about Slaanesh. Tempted? We don’t blame you.

The Keeper of Secrets will be joined by a number of new Slaanesh models that bring to life a magnificent and richly realised cast of Daemon champions, from a new iteration of the Masque to Syll’Esske – an unholy tag team of Daemon Prince and Herald.

With so much new stuff for Slaanesh on the way, it’s only fitting that the Dark Prince and his followers should receive a new battletome. With allegiance abilities for the three hosts of Slaanesh – the Invaders, Godseekers and Pretenders – as well as updated warscrolls, spell lores and more, Battletome: Hedonites of Slaanesh will cement these warriors of excess as a major player in both the setting of Warhammer Age of Sigmar and on the tabletop.